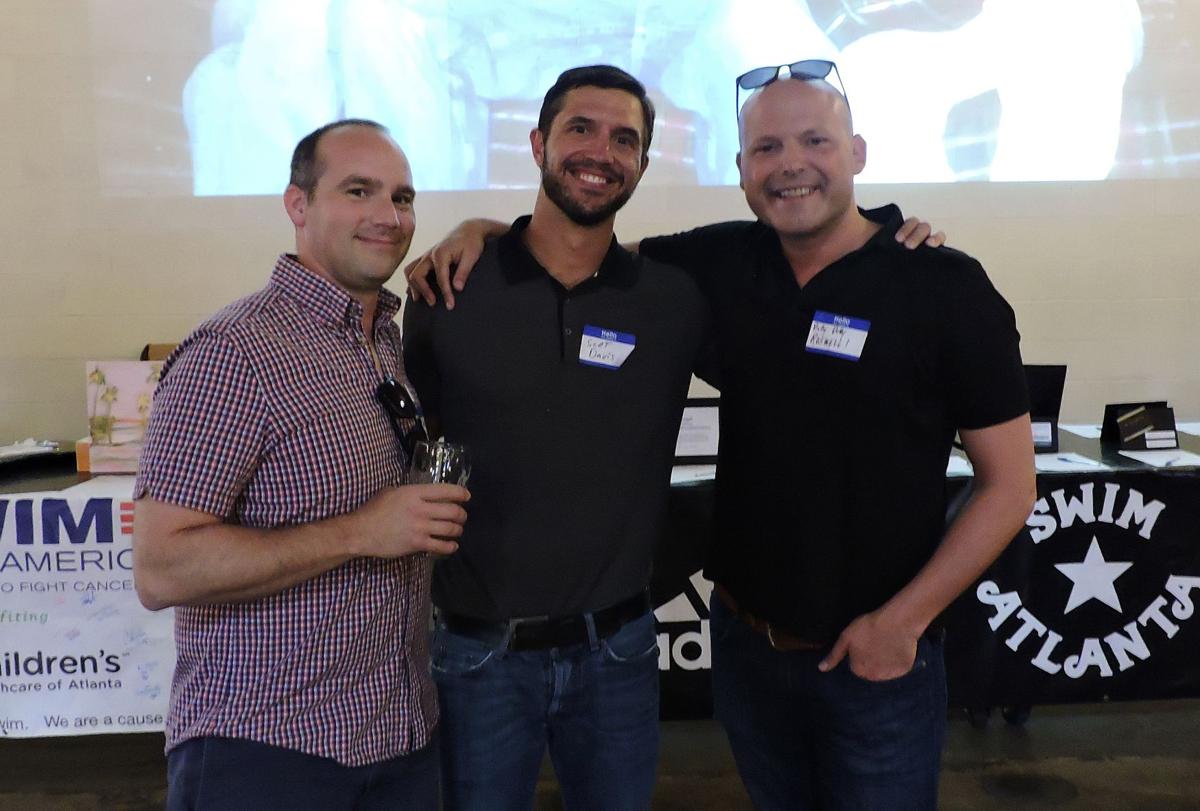 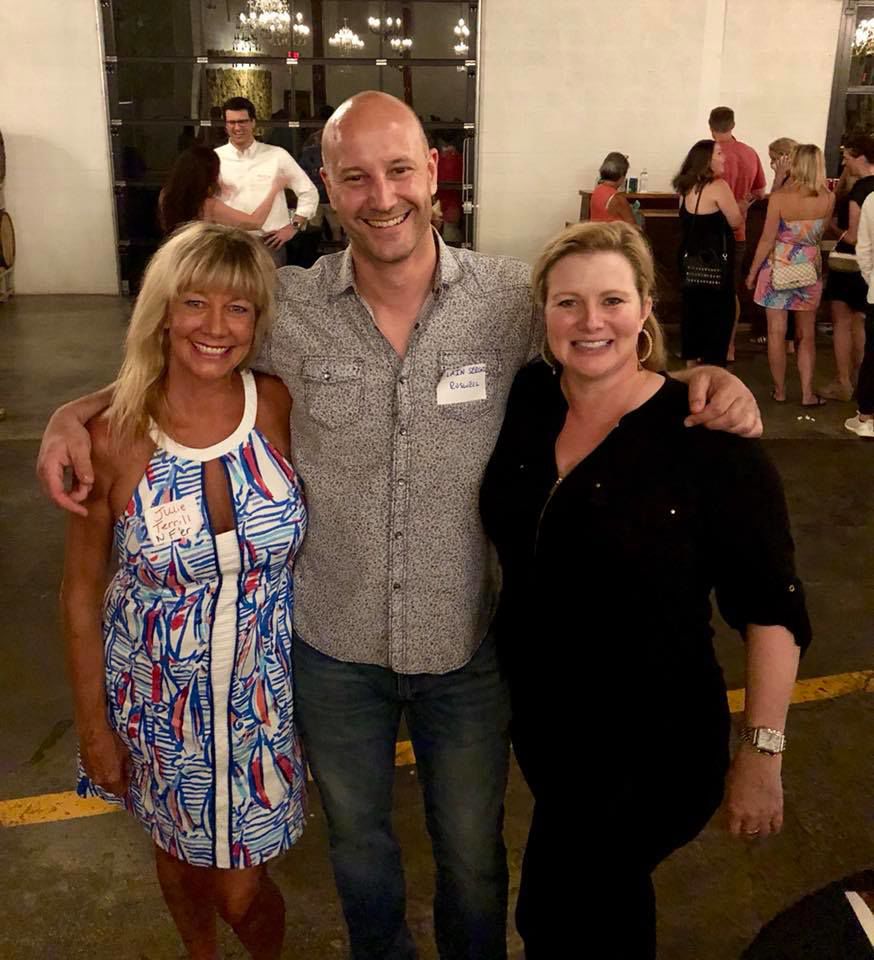 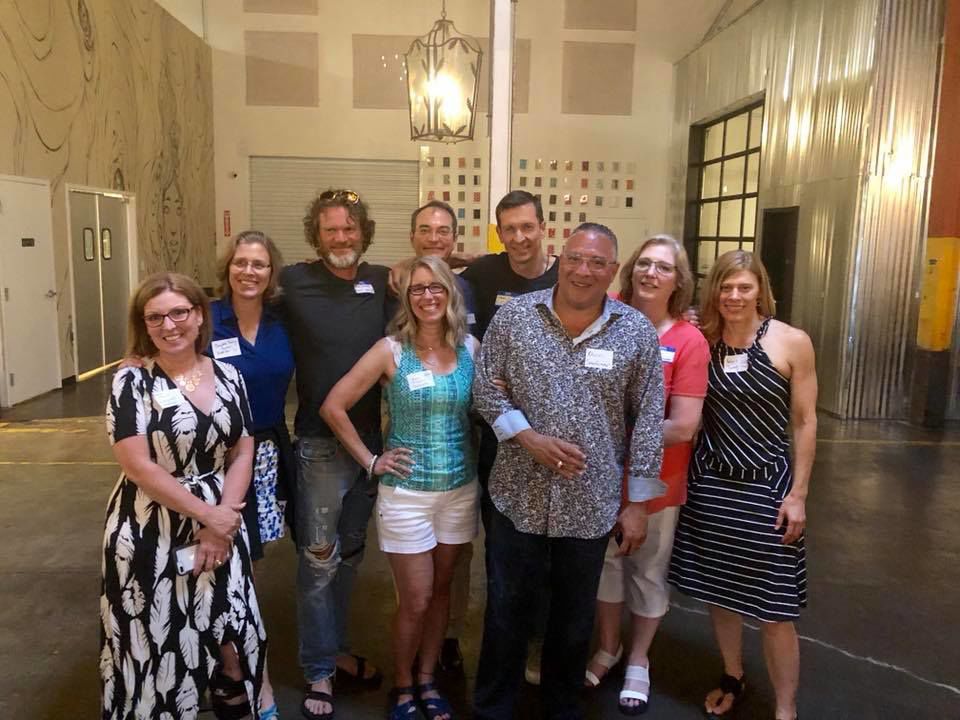 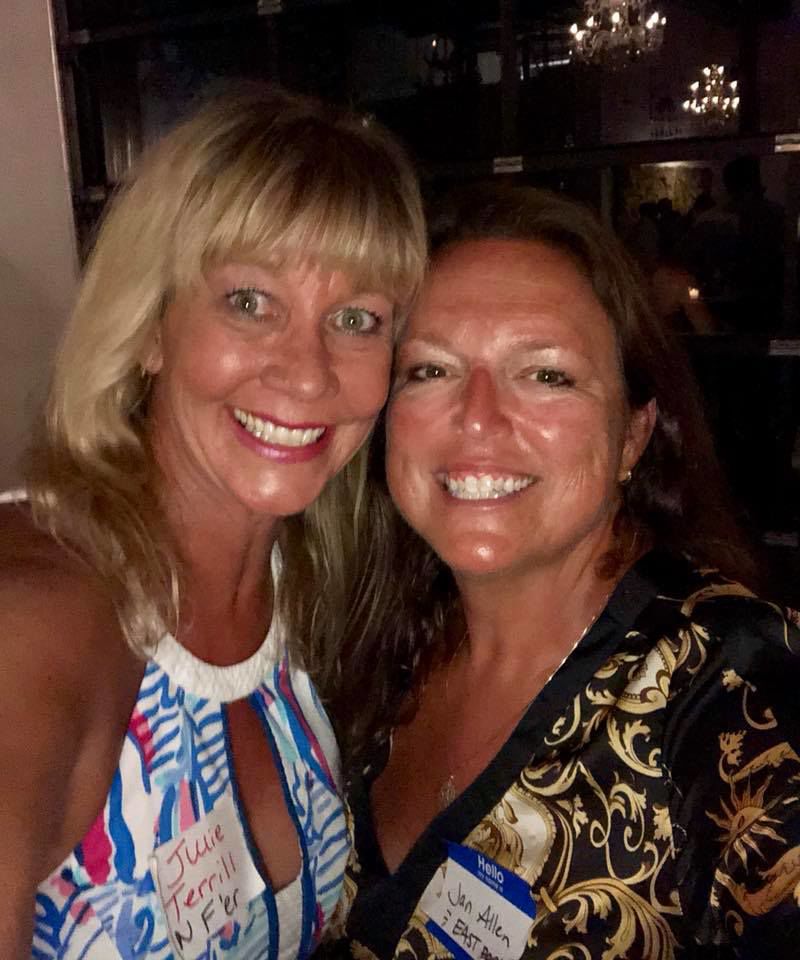 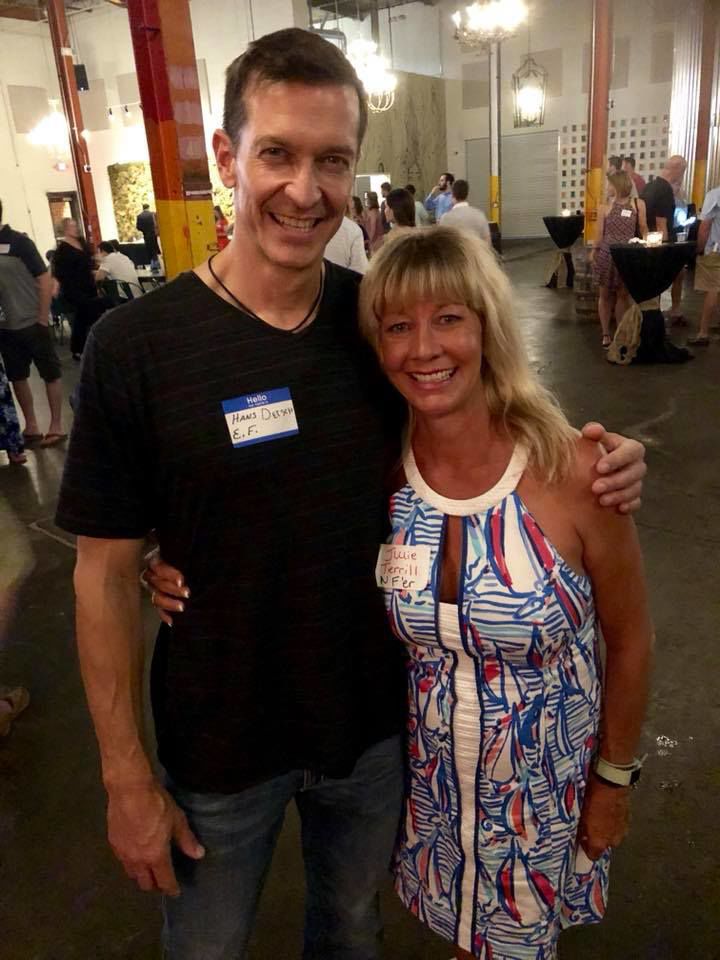 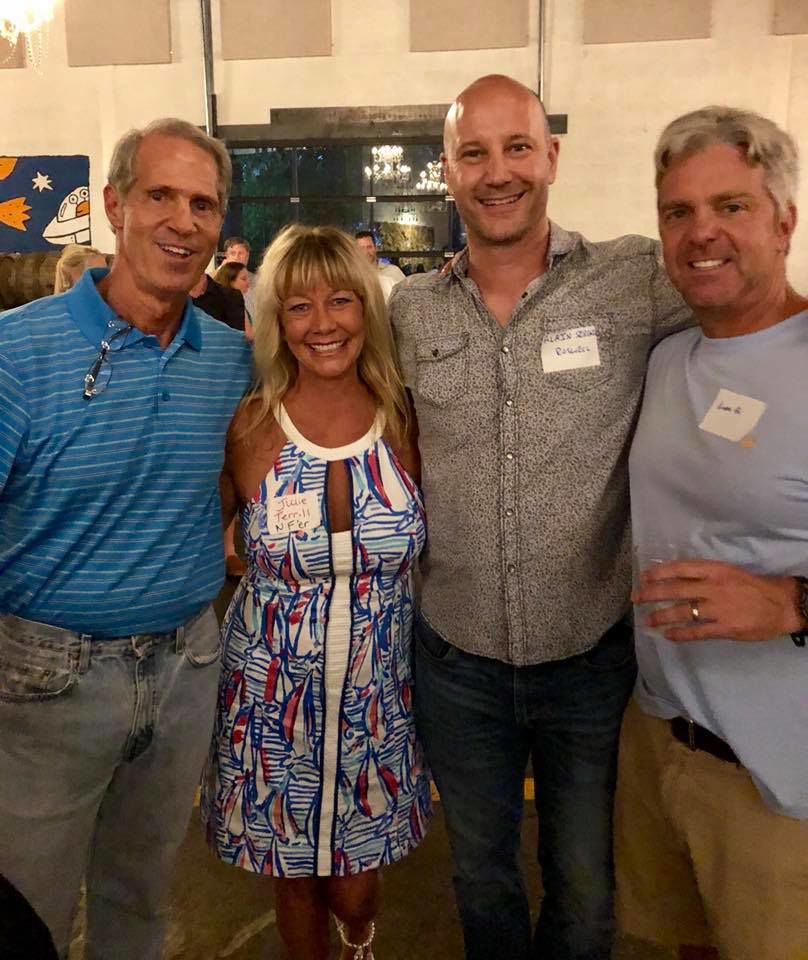 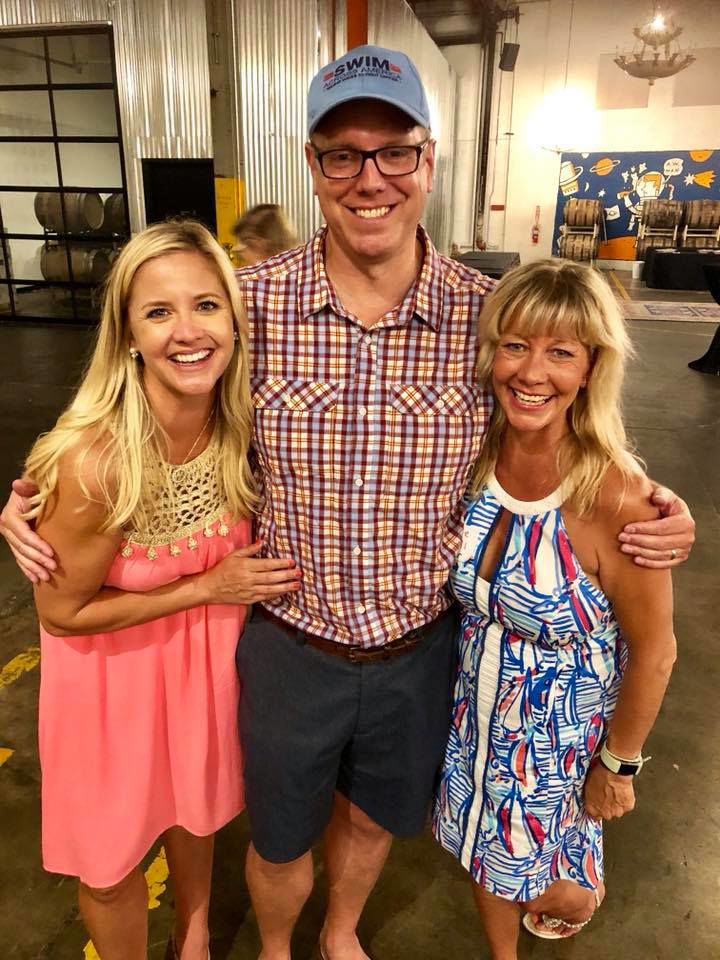 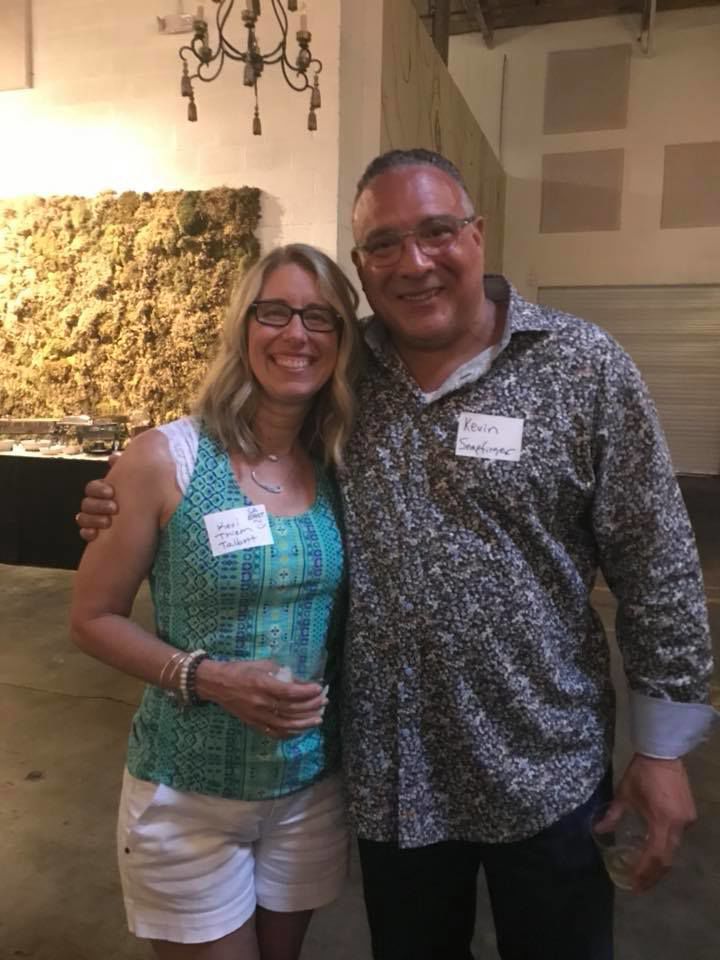 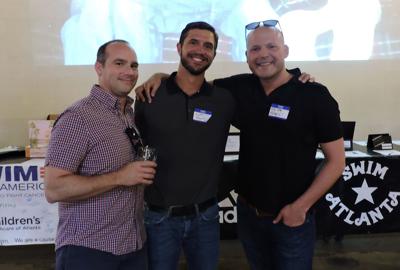 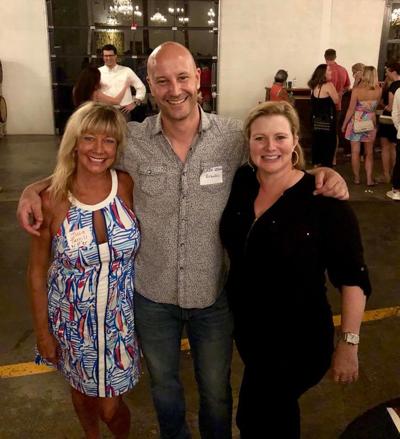 ATLANTA — In fall of 2001, Chris Davis and Jim Fraser went on a trip to Costa Rica. The longtime friends had annual plans to go on a unique trip every year. One year Davis chose the destination and Fraser the next.

Whether it was backpacking to Canada or skiing in Alaska, the two made sure to keep the trip exotic. And in 2001, the plan was to go to Costa Rica to surf. Born and raised in Florida, Fraser learned how to surf as a kid, but Davis never learned, though he was also from Florida. But the two still went to surf in Costa Rica, Fraser to return to a love of his and Davis to learn.

“This guy takes us out there and the first wave I try to ride is some 10-foot wave,” Davis said. “I got obliterated.”

Despite wiping out several times, Davis kept at it and eventually became hooked. Davis’ ambition to succeed at surfing is the same model he used when founding SwimAtlanta, which celebrated its 40th anniversary with a party last Saturday at Atlanta’s Monday Night Brewery.

Davis and Fraser didn’t expect their swim club to see 40. Their goal was to coach maybe 160 kids, have one facility, make some money and die happy.

Instead, SwimAtlanta grew into one of the nation’s biggest and most successful year-round clubs. It now boasts seven locations, six in the suburbs and one downtown at Georgia Tech. Its home base was originally Lilburn before opening its current headquarters and pool in Lawrenceville.

A total of 170 former swimmers and coaches attended the 40-year anniversary event, both to celebrate their club and reunite with old friends.

“I think that when we started out on our own, everyone told us we couldn’t do it and we squeezed by,” Fraser said when talking about what he’s most proud of.

Thousands of Atlanta-area swimmers have trained at one of the SwimAtlanta locations. Hundreds of scholarships have been awarded. A nice crop of Olympians have grown up in the program, too, including Gwinnett’s own Eric Shanteau and Amanda Weir.

But through it all, Davis is just having fun and getting paid to do what he loves.

“I think for people my age, I think it’s important that you try to stay relevant,” Davis said. “If you stop doing this, what are you waking up for? When it ceases to be fun for me, that’s when I’ll stop. I’m still having fun. I get paid to do what I love to do.”

Davis and Fraser agreed that some of the most rewarding experiences were the training trips to places like Europe, Australia, the Bahamas and other unique places. Without those training trips, some youngsters never would enjoyed that kind of experience.

“We used to host a team from Scotland and we would go to Scotland,” Davis said. “I still have kids I coached 30 or 40 years ago that say they still communicate with the families that they stayed with, so that’s really cool.”

Through SwimAtlanta, swimmers and coaches alike have had the opportunity to travel the world. Some still enjoy those overseas travels, whether on vacation, for Olympic competitions or on a whim, like Brad Dilly. Dilly left for Tokyo around 20 years ago with a friend from SwimAtlanta with intentions of staying for a year. They stayed “for a lifetime” and Dilly regrets nothing.

Dilly flew in Friday from Tokyo, attended the SwimAtlanta celebration and flew back Sunday.

“These are some of the best friends I’ve made in my life,” Dilly said. “SwimAtlanta taught me how to do it right. Take something, set a goal, achieve the goal and do it the right way.”

Many, if not all, of the swimmers would agree with Dilly about teaching them something useful outside of the pool. That’s exactly what Davis hoped for when opening the club 40 years ago.

“I’ve been coaching now for 51 years,” said Davis, a longtime Gwinnett resident. “I’ve probably coached thousands and hopefully had a good impact on them. I’m sure there’s some that would say no, but hopefully a lot of them would say it’s been good.”

The night was filled with good laughs, good music, good food and good memories of the past 40 years.

“(The celebration) was awesome,” said SwimAtlanta coach Scot Davis, Chris’ son and the event planner. “Seeing so many people you haven’t seen in a long time, people you spent a whole lot of time in the water with. To see them years later outside the water was awesome. … It’s almost like you haven’t seen these people in 20 years, but you didn’t skip a beat. It’s almost like you just got out of the pool after a practice and went to have dinner.”

The anniversary party also served as a fundraiser for SwimAtlanta’s Swim Across America team, which raises money to fight cancer. Kimberly Thompson organized a silent auction at the event, and Scot Davis said the evening should raise around $6,000 for the charity.

“It was obviously a huge success,” he said.

SwimAtlanta is, too. But Davis, even at a party honoring decades of prosperity, said he hasn’t had the time to look back on the club’s legacy.

“I think you get so busy, you never take the time to reflect,” Davis said. “I’m still coaching every day and still running the business, so it’s just business as usual.”

The neighborhood streets around Gwinnett County are flocked with cars on swim meet days, but Thursday at Flowers Crossing, the streets were a little extra packed due to the appearance of three-time Olympian Amanda Weir.

On a day of firsts, Marlins top Braves

Orlando Arcia stays on a roll, but Stripers fall to Memphis

MCLEOD: What we learned from LinkedIn giving the entire company the week off