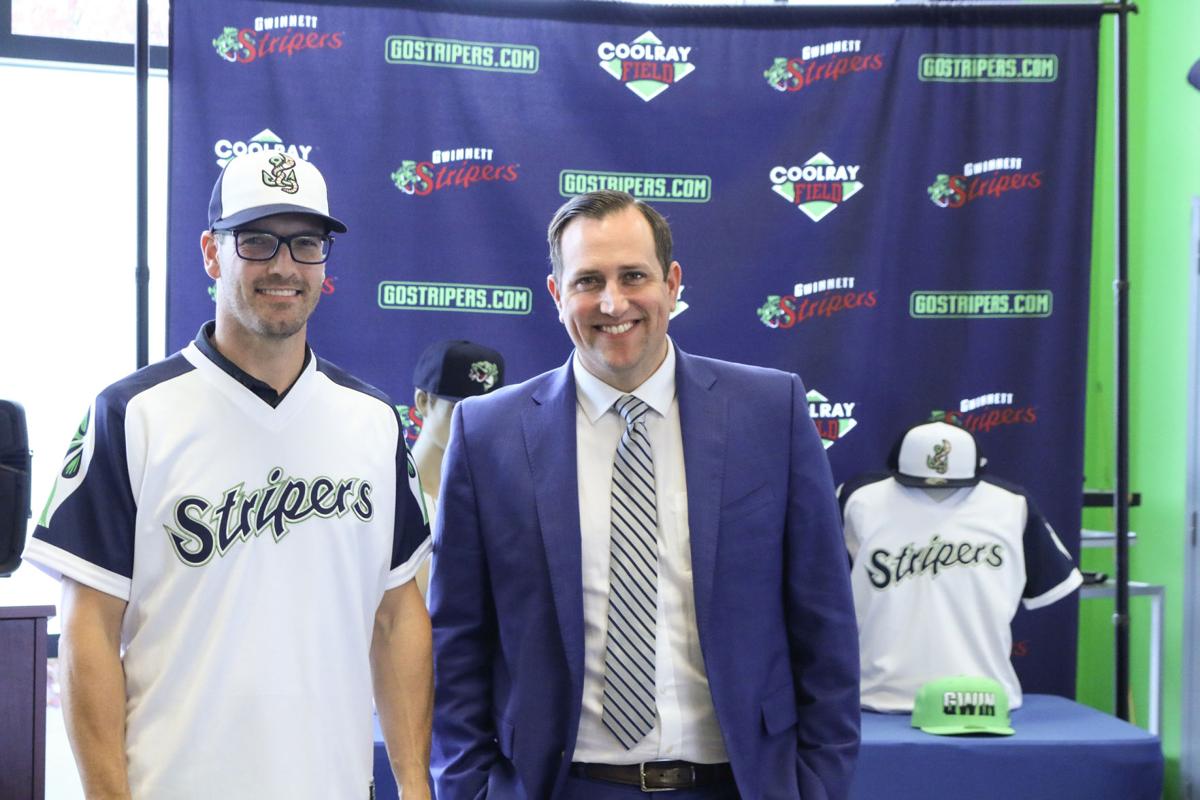 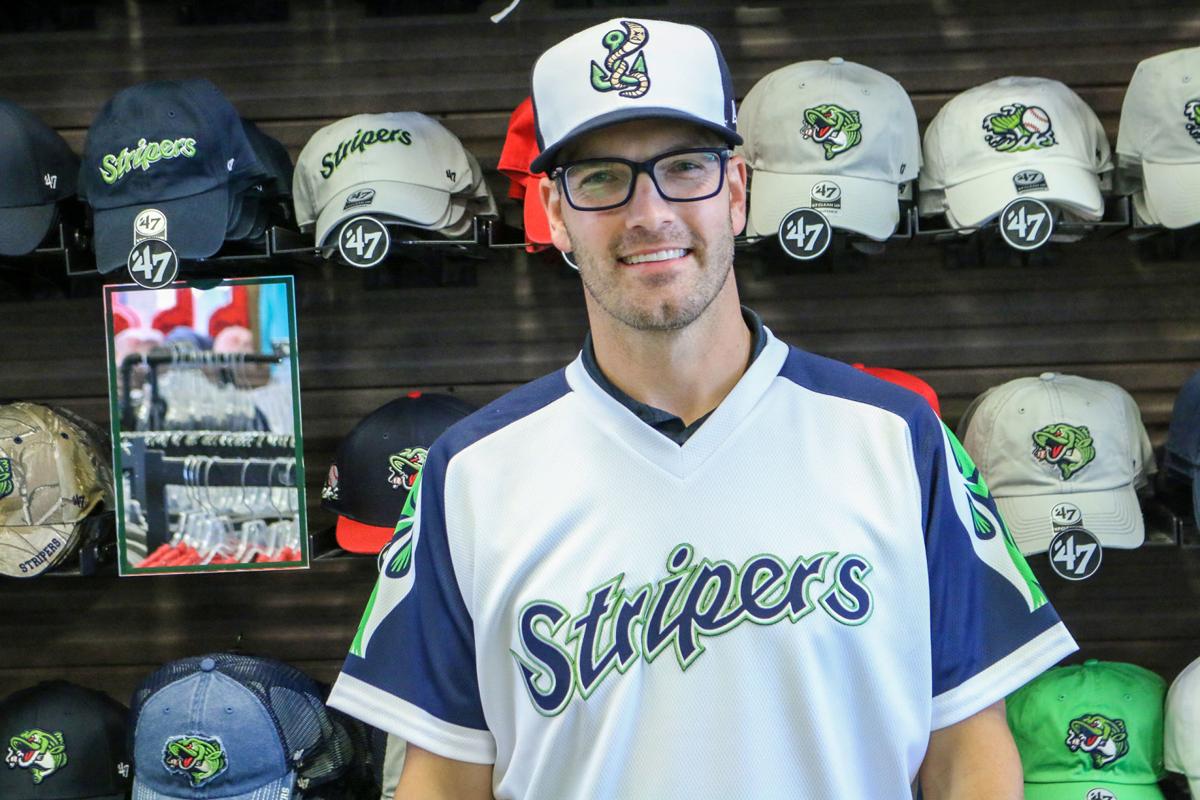 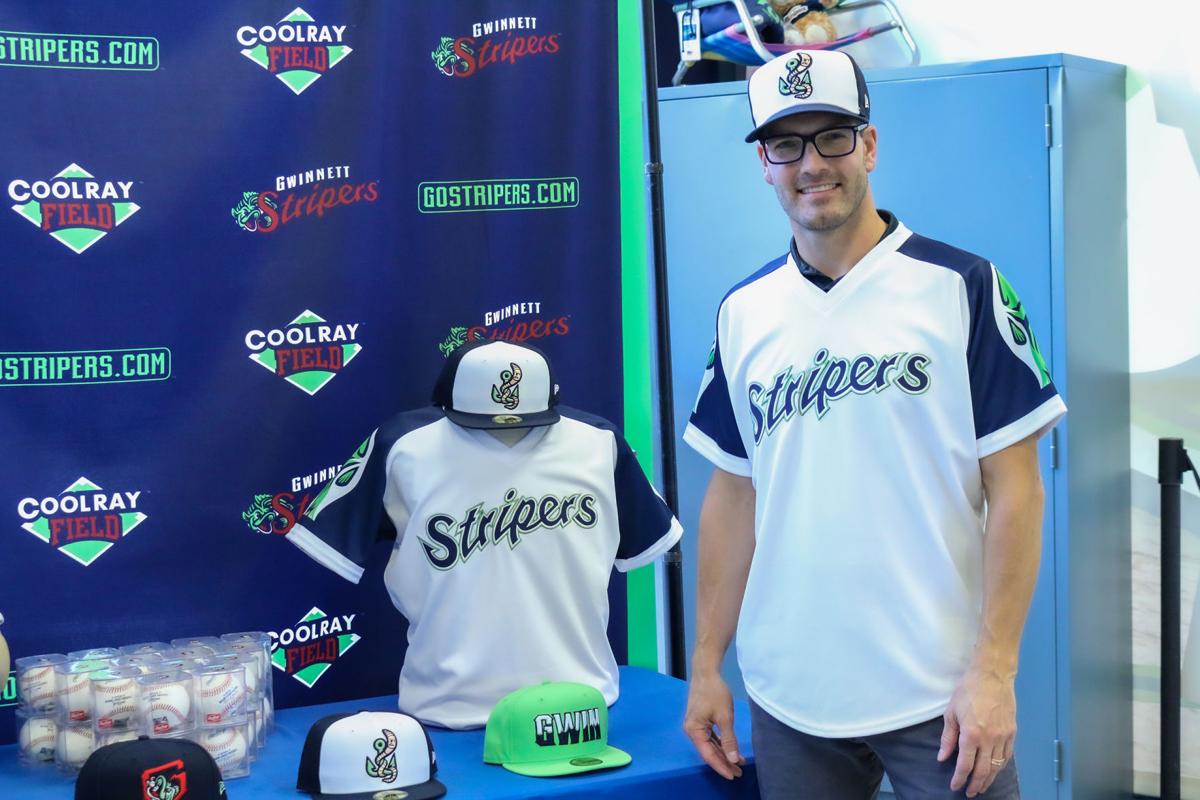 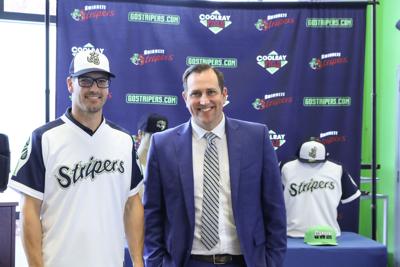 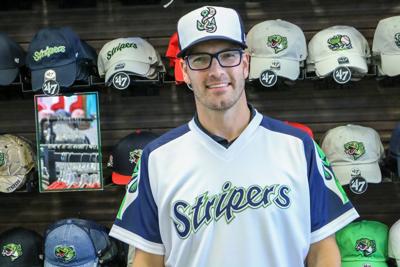 LAWRENCEVILLE — Winter doesn’t even officially begin for more than another month, but there was a mood almost akin to spring renewal Thursday at Coolray Field.

The Gwinnett Stripers took the opportunity to unveil a few tweaks to some of their existing uniforms, the addition of new threads to their batting practice gear and a new logo and slogan that will appear alongside those already in use by the club.

“I’m excited to announce some new looks for our 2020 season,” Stripers vice president and general manager Adam English said during a news conference Thursday at the Bobby’s Tackle Team Store merchandise store inside Coolray Field. “We are excited to see our team show these off next year. … In introducing these new looks, we hope to further strengthen the Stripers’ unique brand.”

The most noticeable change fans will notice to the game uniform is the addition of a two-tone navy blue and white cap with the team’s “Worm” logo that will accompany the alternate home uniform that meant to resemble the Atlanta Braves’ uniforms from the 1970s. That change makes the uniforms even more in line with the Braves’ uniforms from era, which also featured a two-tone hat, though that was royal blue and white.

Other changes to the game-day uniforms include the inclusion of the team’s navy blue hat with the red “G” logo into the rotation with the home uniforms. Those hats were used exclusively with the road uniforms this past season.

And the home pinstripe jerseys went through some subtle changes with removal of some piping and the addition of a shoulder patch honoring the team’s affiliation with the Braves.

“I think it makes (the jerseys) look cleaner on the field,” English said. “Also, we are the very proud affiliate of the Atlanta Braves in the heart of Braves country, and we wanted to make sure our fans know we’re very proud of being affiliated with the Atlanta Braves. So I think that will be a great addition to our (uniforms for this year).”

The most dramatic change will be one Stripers fans won’t necessarily see the players actually wear on a day-to-day basis, but one that will have a presence in the ballpark and around the team.

The team will wear new color batting practice uniforms — described as “bass” green, the same color as alternate jerseys the Stripers wear at different times both at home and on the road.

But the most notable difference in those jerseys, and accompanying green caps, will be a logo that spells out “GWIN,” not only a shortening of Gwinnett, but also a unique new brand the club is hopeful will catch on with fans.

“I’m really excited to announce a brand new logo,” English said. “We really wanted something that tied directly to the Gwinnett (County) community. You can see from the logo, … we ‘GWIN’ together. What does that mean? Well, it doesn’t hurt that the word ‘win’ is in there, but it ties right back to the community.

“You can see some of the subtleties in the logo, as well. There’s green separating the white from the navy. And (parts of the lettering are) shaped like waves. Our team really did an excellent job of putting that together and telling our story of who the Gwinnett Stripers are, and that we’re Gwinnett County’s team.”

The uniforms weren’t the only things getting a makeover at Coolray Field on Thursday.

As the news conference was going on, construction work continued on the installation of a new playing surface on the field, which will include updating the grass and drainage system, marking the first complete replacement of the field since the stadium opened in 2009.

“This was the agreed upon time with our (contract) with Gwinnett County,” English said. “We were ready for it. Really, our groundskeepers have done a tremendous job (over the years). Our current groundskeeper has been here six years, and … he’s done a tremendous job making it one of the premier fields in the (International League), but we’re excited for a new (surface).

“Everything’s being redone. So they’ve cut it all out six inches deep, and they’re replacing everything to make sure we have not only the best playing surface but to make sure it will drain quickly so we can (maybe) save more games, and make sure we have perfect condition for the players.”