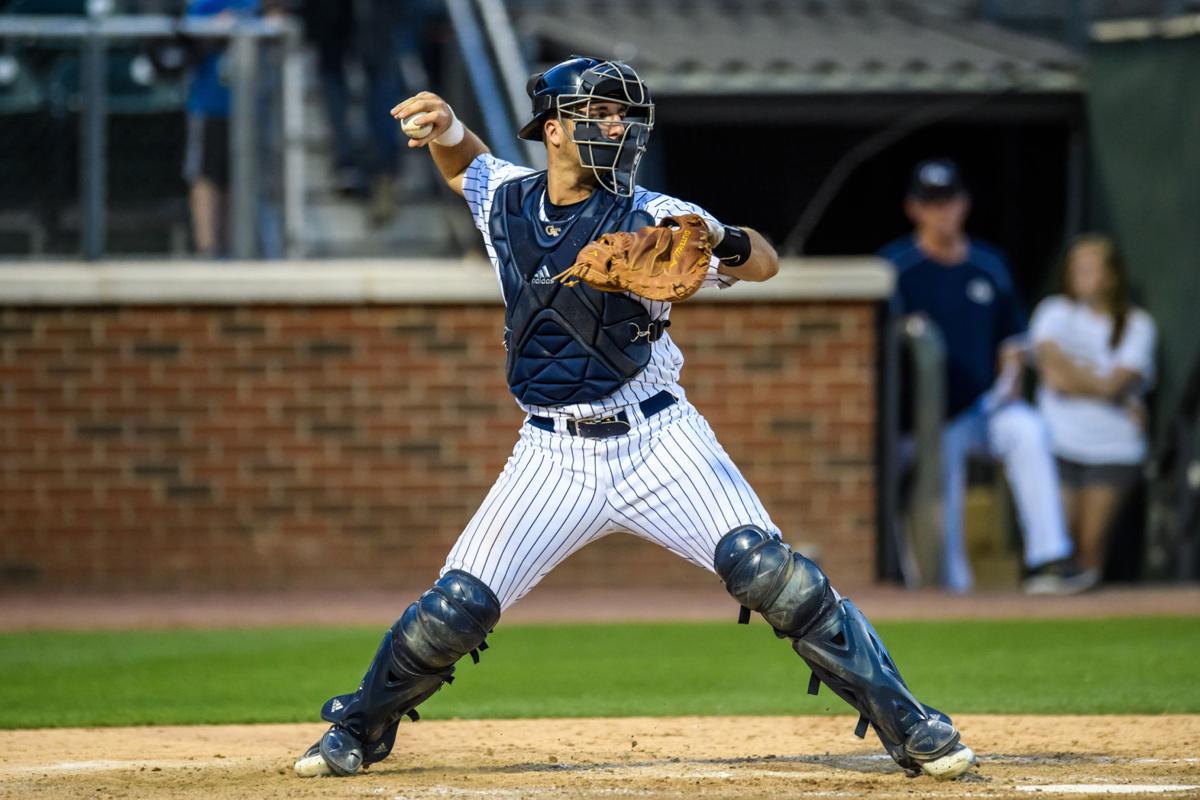 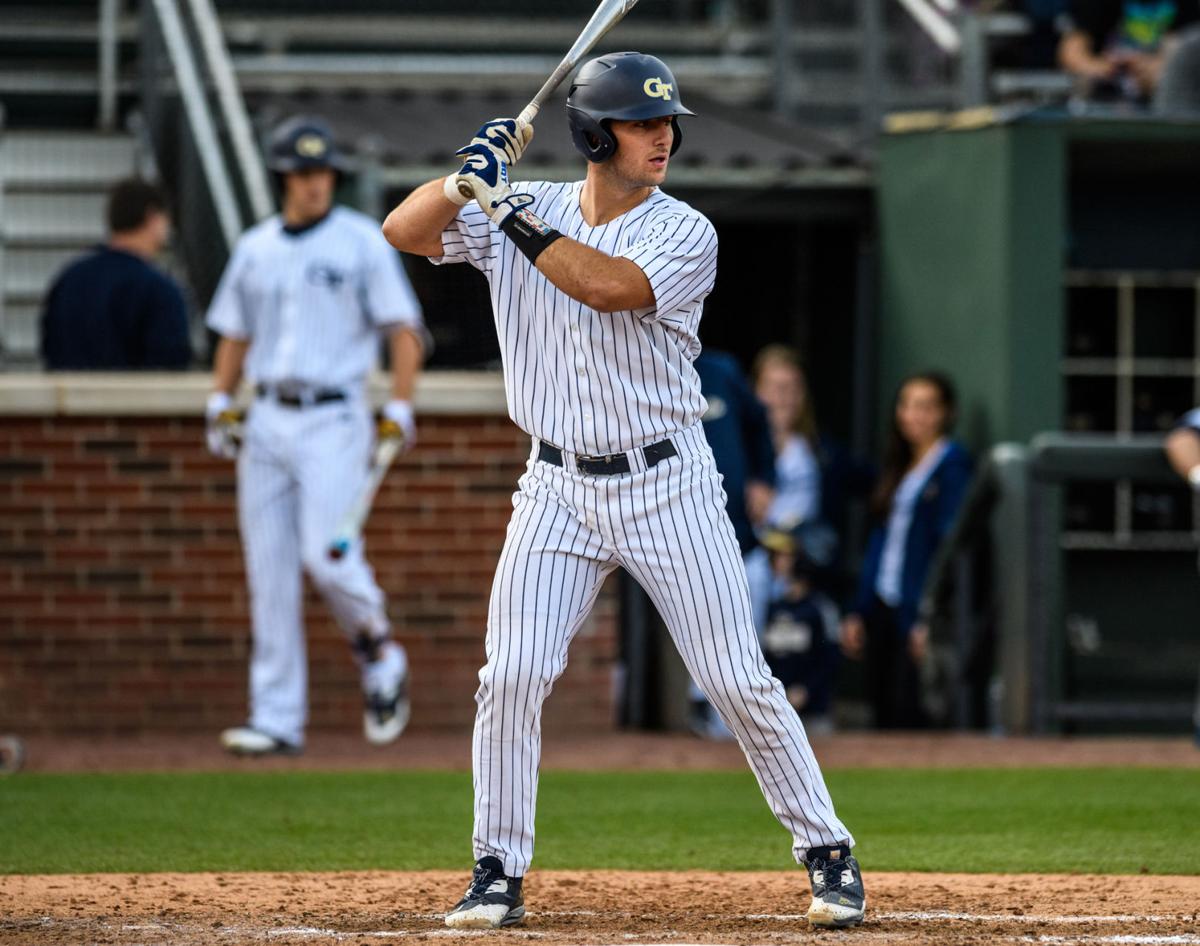 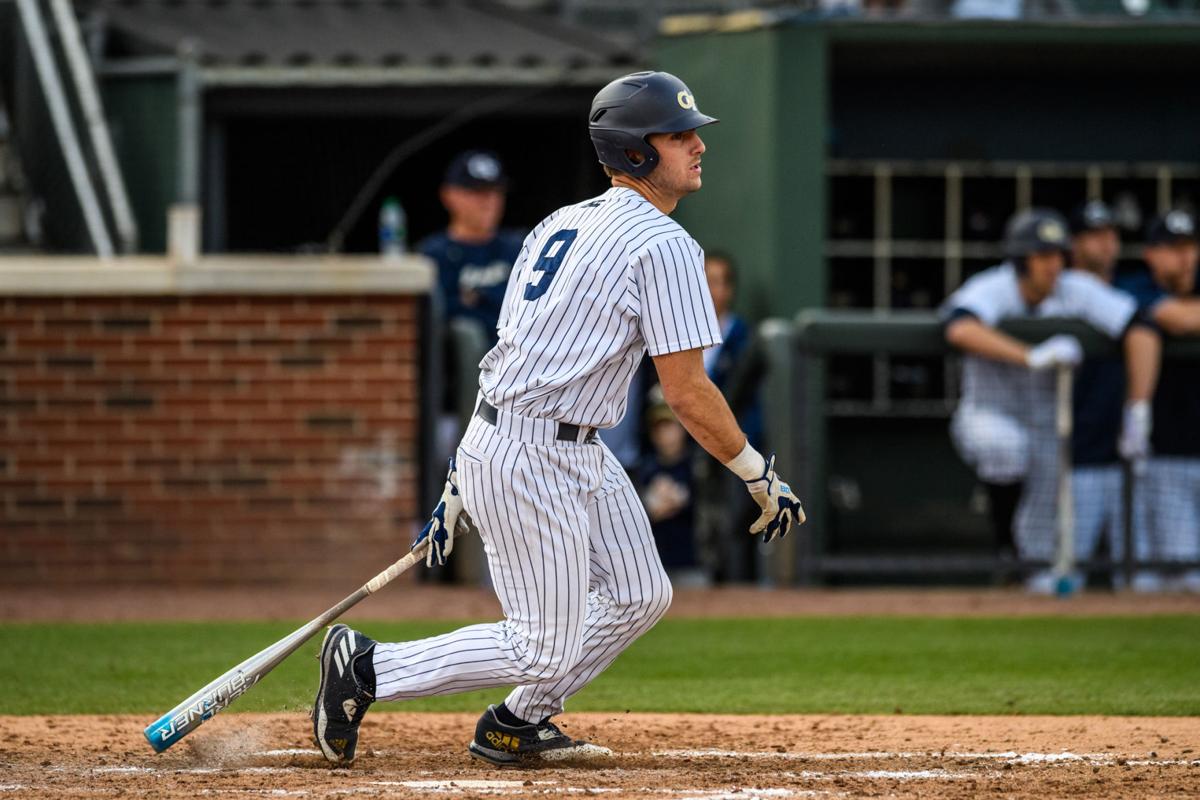 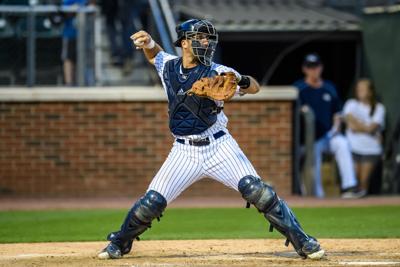 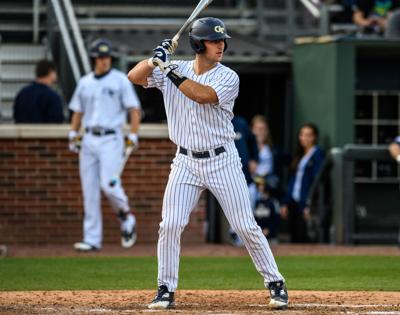 Joey Bart wasn’t going to fly under the radar during his senior season at Buford.

The Wolves’ catcher earned his spot in the starting lineup during his freshman season thanks to his pure hitting ability and tendency to reach base often. After his junior season, he was beginning to tap into his power potential. His .556 on-base percentage accompanied a .859 slugging percentage and rumors projected Bart could be drafted in the first four or five rounds of the 2015 MLB Draft.

But as the season went on, Bart saw fewer pitches to hit. As a result, his draft stock suffered. He was drafted by Tampa Bay in the 27th Round, one pick before his teammate Jake Higginbotham, taken by the Mets. It was all background noise to Bart, who led Buford to the Class AAAA state championship over Whitewater. Bart caught the final out of the game, then his pitcher Keyton Gibson in front of home plate.

“With all that going on, he found a way to focus on our team and our season,” former Buford head baseball coach Tony Wolfe said. “He led us to a championship even when that draft stuff might not have gone quite as well as he hoped.”

Wolfe said Bart never let any disappointment he might have harbored regarding his draft stock affect his job of leading Buford’s offense and quarterbacking the defense during that state title run, and perhaps that’s partly because Bart knew what was waiting for him at Georgia Tech. Yellow Jackets head coach Danny Hall had seen Bart develop into a prospect since he was 13 or 14 years old playing with his oldest son, Carter Hall, and Bart had a scholarship waiting for him at The Flats when he decided not to sign with Tampa Bay.

“Coach Hall has probably seen almost every game I’ve played since I was 12,” Bart said.

While Bart’s slugging numbers at Buford stemmed primarily from his ability to find the gaps and rack up doubles, his 6-foot-3, 230-pound frame was a power surge ready to combust. During his freshman season at Georgia Tech, Bart had a .383 slugging percentage with one home run. That home run was in one of the last games of the season in the NCAA Gainesville Regional on June 5, a three-run homer against Connecticut.

Hall postulates Bart’s freshman season could go down as an outlier when his career as a Jacket is over. Bart spent a summer in the Cape Cod League before his sophomore season and refined his hitting mechanics. Months later, he mashed to the tune of 13 homers with a .575 slugging percentage during the spring with Georgia Tech, although he missed the final 11 games of the season when he broke his finger.

“The first season I had done a lot of the things I was doing in high school,” Bart said. “I really didn’t know how to hit, I would say. I was getting more base hits than hitting for power. During my Cape summer I really just tried to hit everything out in front of the plate.

“It’s just I used to let the ball get deep and hit it through the right side. I’d get blown up on inside pitches. I hit breaking balls well because I was back. I could hit homers in (batting practice), but it would never come in the game. So I just made that decision, why not? I’m strong enough to do this. That’s when I started catching the ball out in front.”

A talk with dad Thomas Bart and friend and former LSU second baseman Cole Freeman sparked the idea to tweak his hitting mechanics. Freeman, now in the Washington National’s system, had gone through a similar transition, modifying his wide base by shortening the distance between his feet in the batter’s box and standing up taller. Freeman was 5-foot-9, 175 pounds at LSU and trying to tap into all of the power he could possibly muster. So Bart adjusted and he could see the dividends of that adjustment come summertime.

So here’s Bart, once again, preparing for his junior season at Georgia Tech with rising draft projections and a host of preseason accolades pouring in. This time, the money seems like it will be too good for Bart to pass up. Baseball America ranks Bart as the No. 10 college draft prospect, the highest-rated college catcher in the class. He’s on the preseason All-American lists at DIbaseball.com, Perfect Game/Rawling and Collegiate Baseball after finishing the 2017 season as a Johnny Bench Award runner-up, given to the top catcher in college baseball each season.

Takes on Bart’s makeup are positive. Bart’s broken finger held him off of the USA Baseball College National team roster last summer, but he’s continued to polish his defense — perhaps even more than his hitting, he said — particularly when it comes to pitch framing, which likely delights the Georgia Tech pitching staff.

Bart still has some homework before Georgia Tech begins the season on Feb. 16. Learning what makes each individual pitcher on Georgia Tech’s staff tick is a task that starts for Bart during the offseason. He plans to individually meet with each pitcher to diagnose their strengths, weaknesses and account for improvements they’ve made in the offseason.

That skill, Hall said, gets better with experience.

“Most catchers, it’s a process they have to go through,” he said. “They see where everybody is at, but they have to have a great relationship with the guy who’s pitching. It’s not like we pitch the same guy all the time. They have to understand each pitcher, what their strengths are, what buttons to push. As you get older, as a catcher, those things are as important as what goes on with you personally.”

One of those pitchers hoping to benefit from Bart’s expertise behind the plate is Jake Lee. The former Whitewater pitcher, who started Game 1 of the series, has different emotions attached to the 2015 state title game. Bart’s story of redemption, after Buford was bounced by Cartersville in the 2014 championship, as a rude interruption for Lee who was studying while Bart recalled a Nick Wilhite throw to the plate that cut down a crucial run in the championship series.

The two shared a laugh, and Bart lapsed back into a reminiscent tone.

“We swept the playoffs,” Bart said. “We had a few close games, but we handled it the way we did. That was a memorable senior season and it was so much fun.”

LETTERS: Gov. Kemp: Gwinnett County is in need of its own mass vaccination site