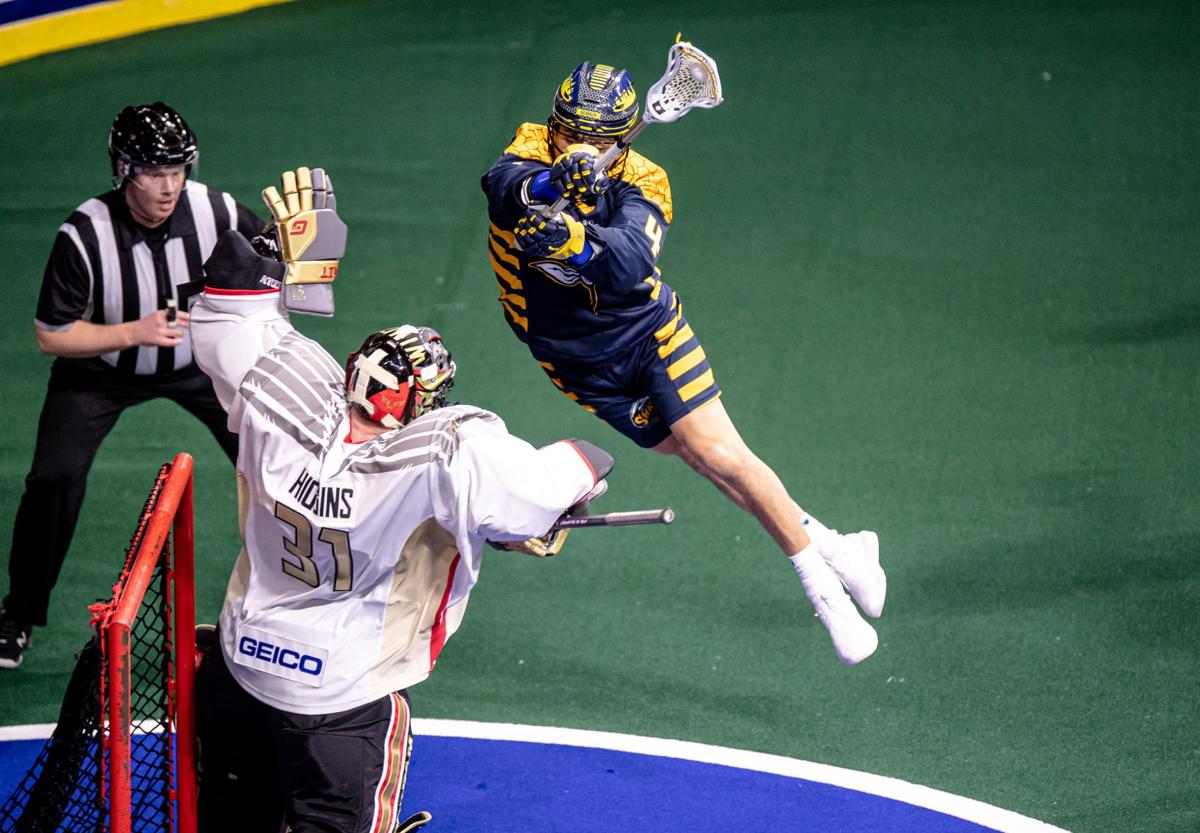 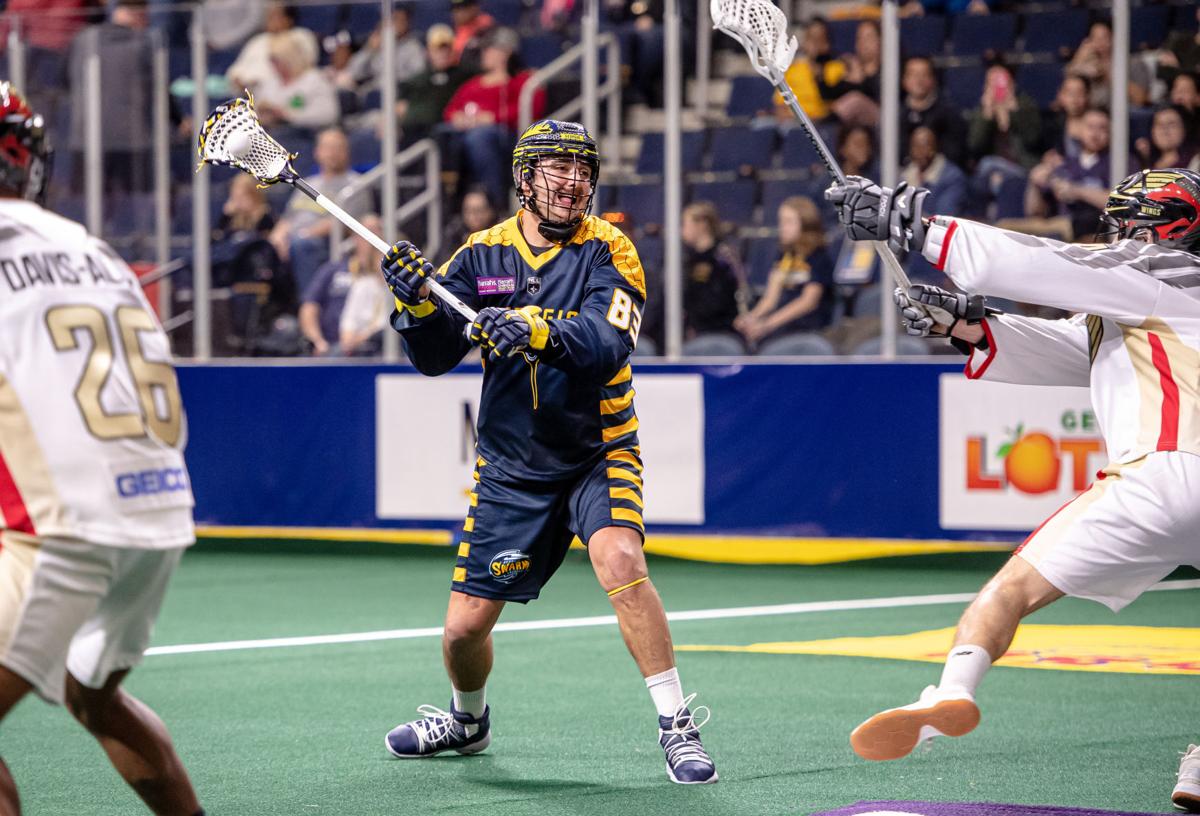 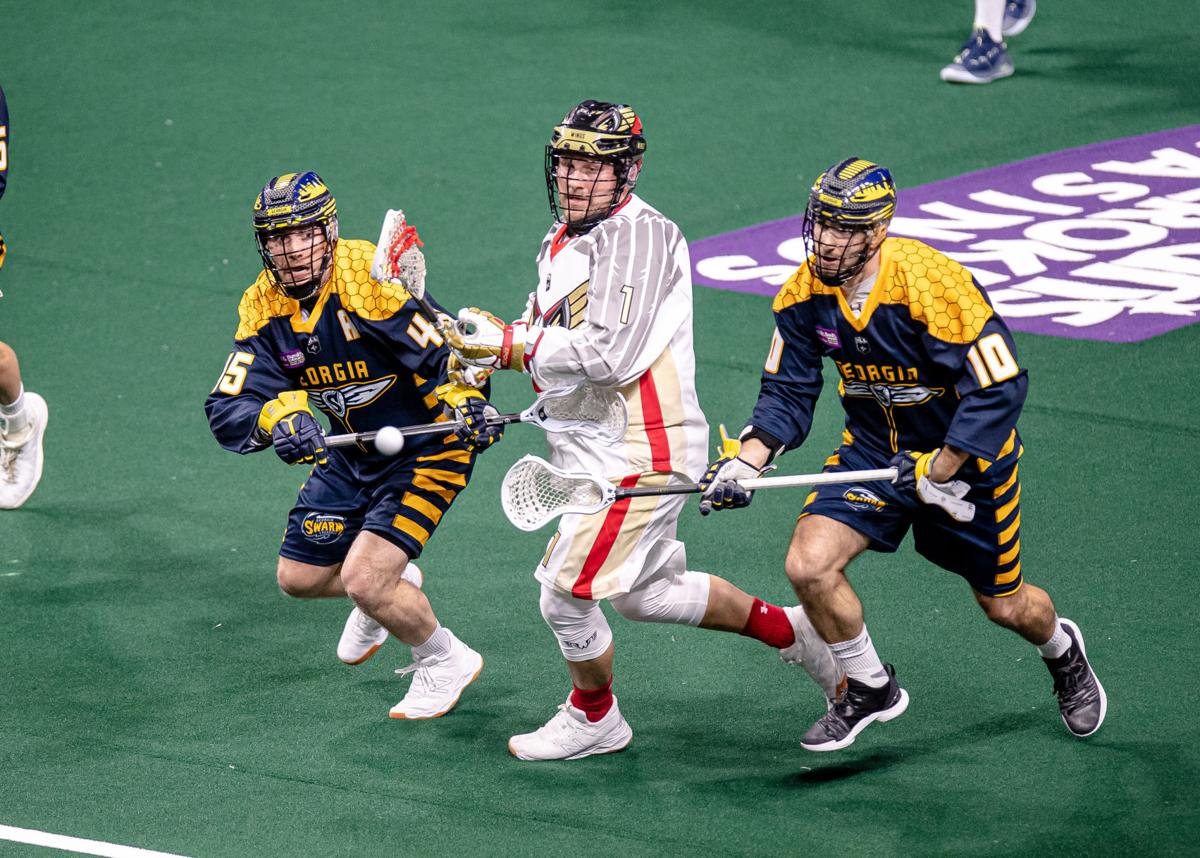 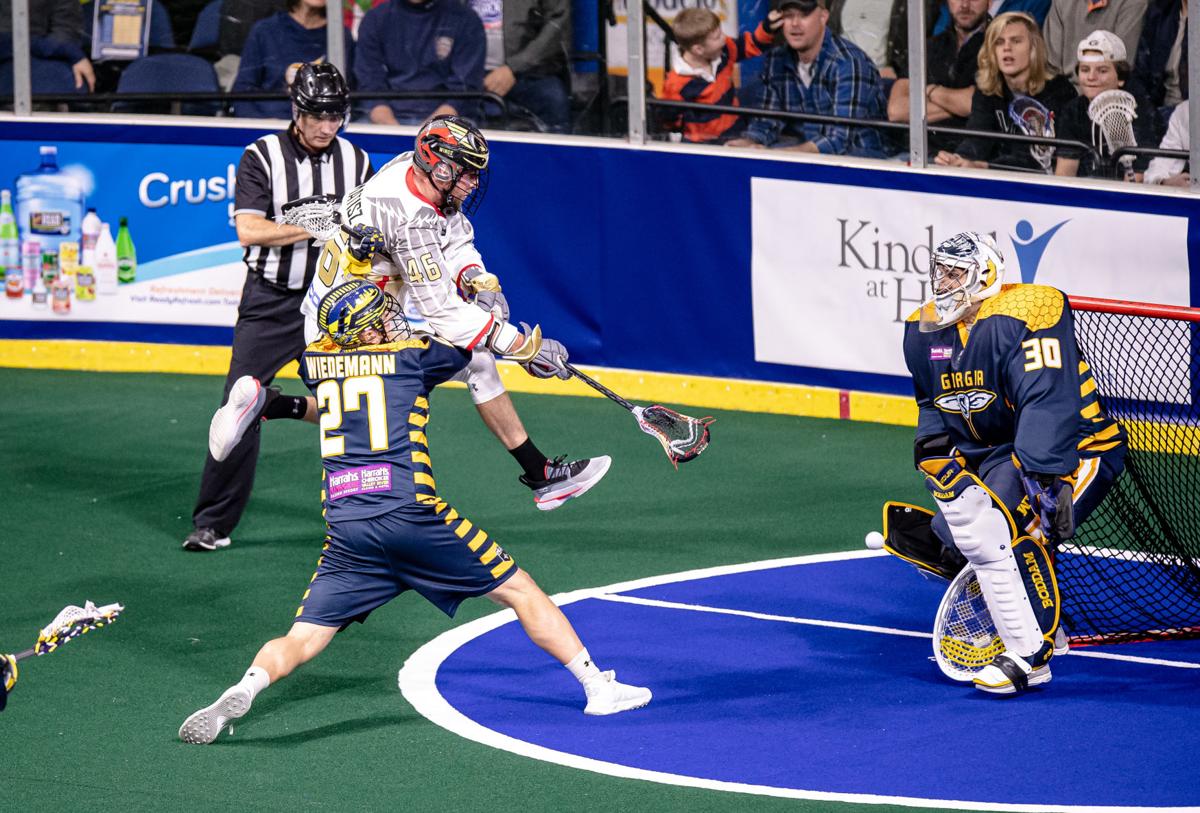 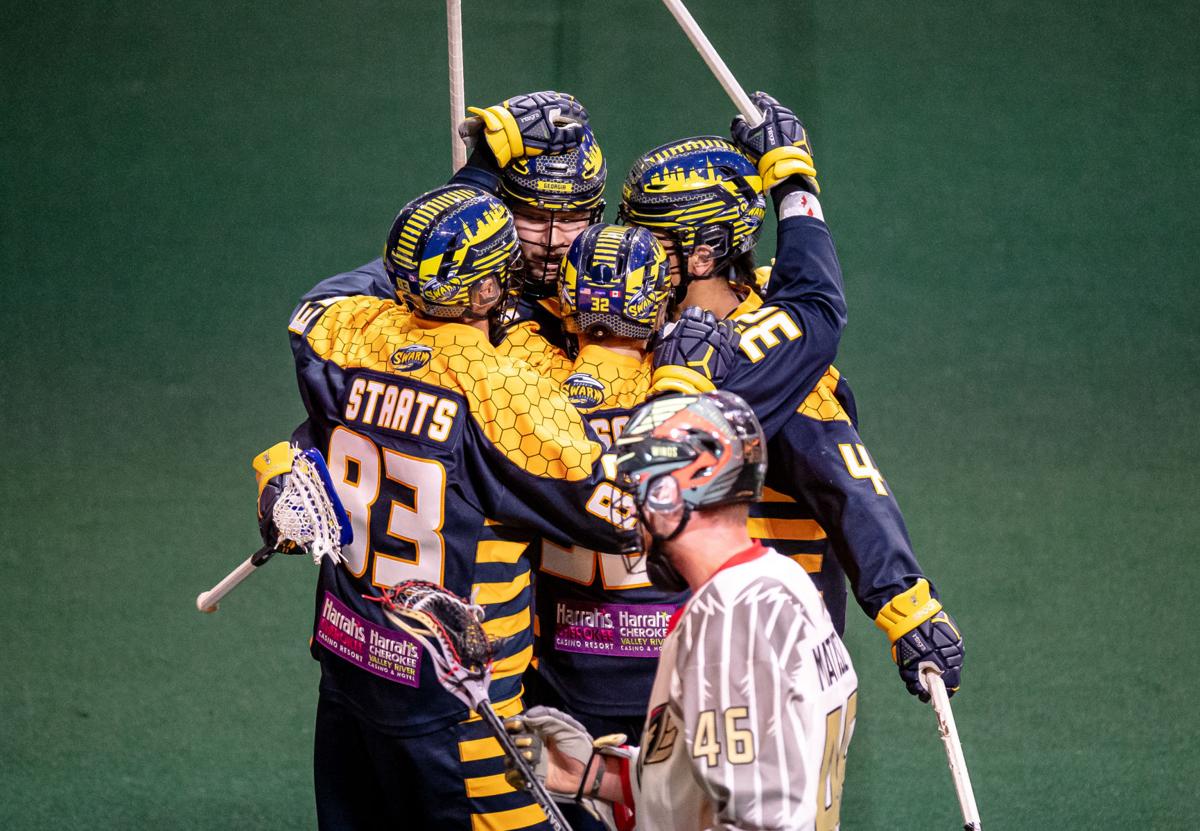 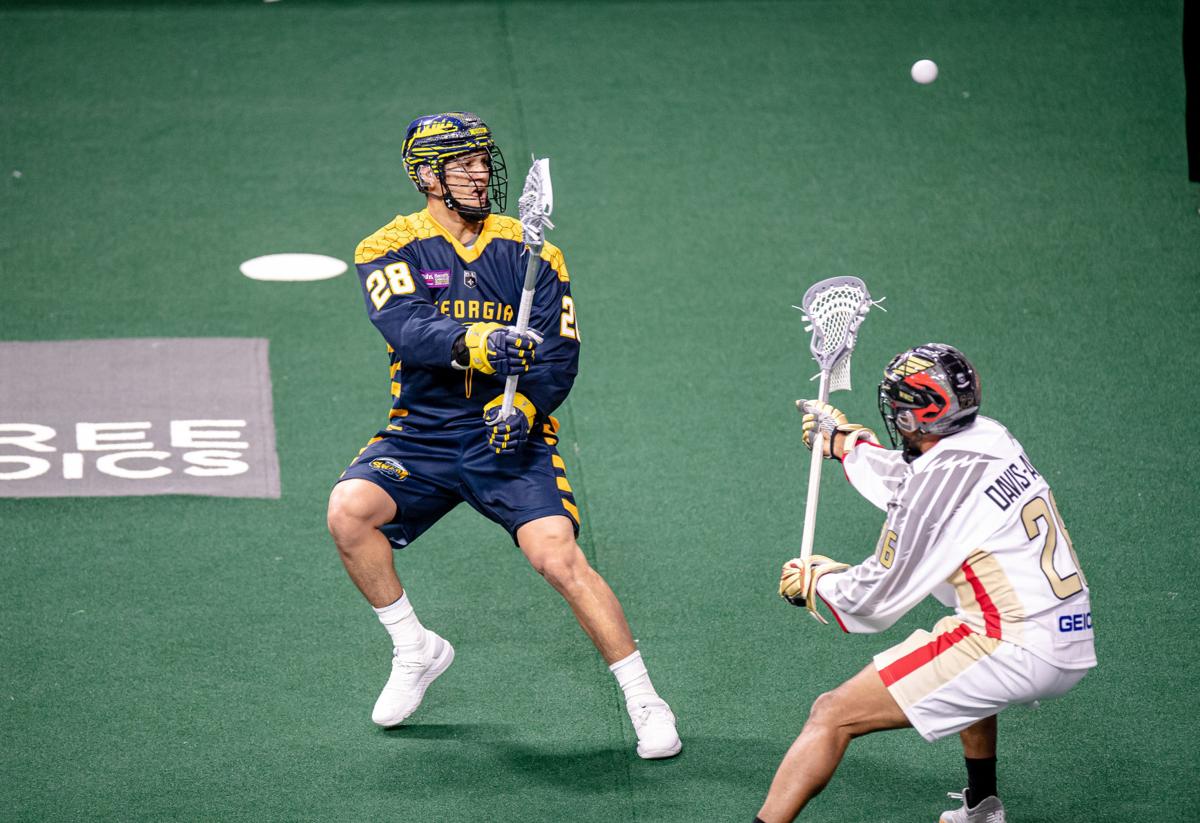 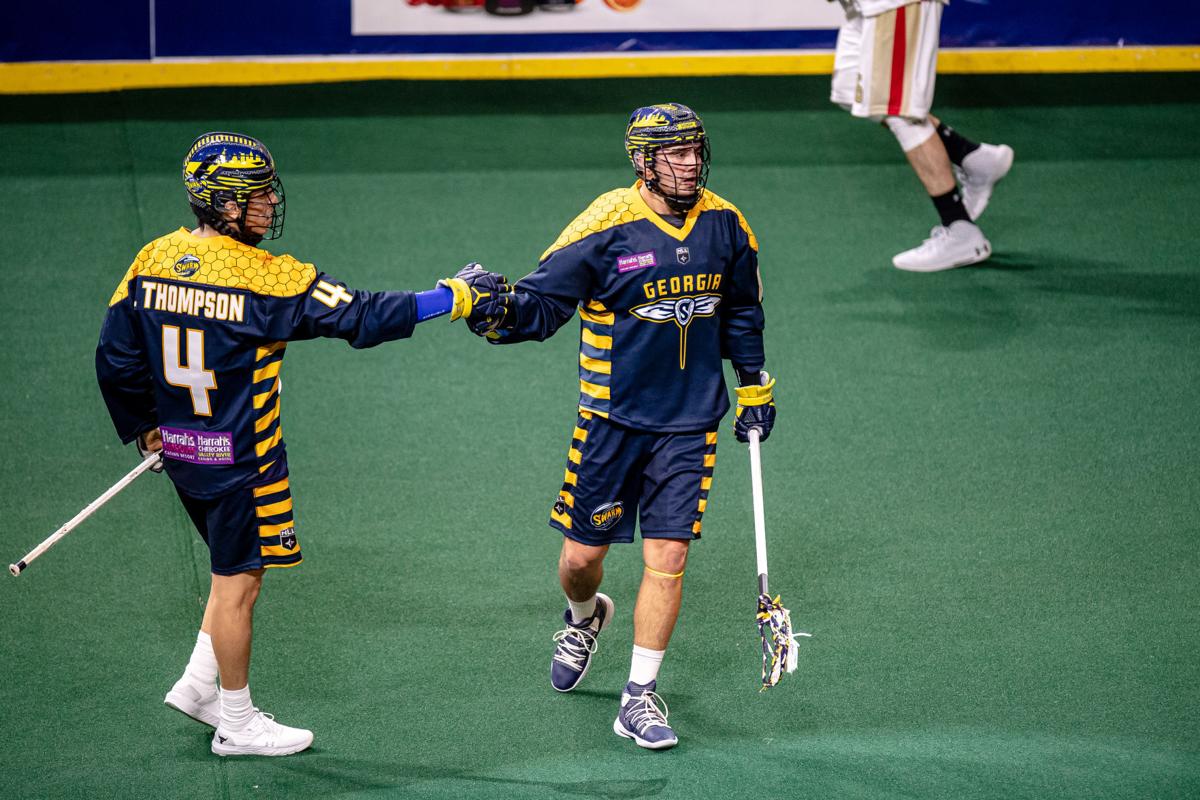 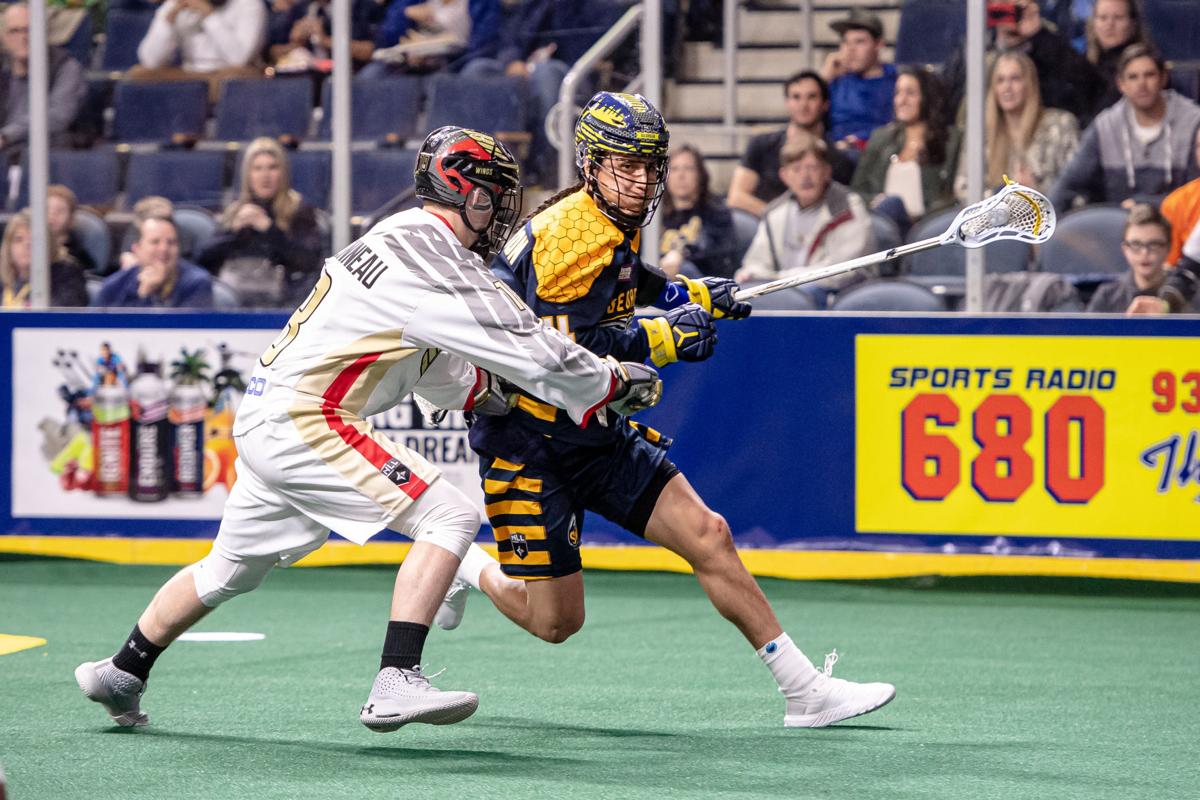 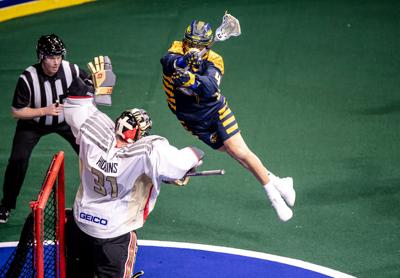 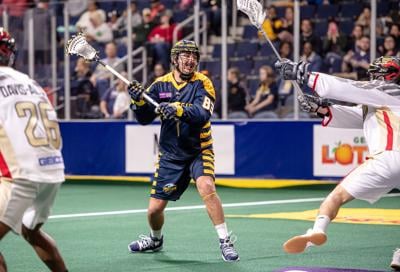 DULUTH — Make it two comfortable wins in two games for the Georgia Swarm to open up the season.

The Swarm followed up a 14-4 win at Rochester last week with a 12-6 victory over the Philadelphia Wings in the home opener. The Swarm (2-0) are now 5-0 in home openers since moving to Georgia, and grabbed an early leg up on a division rival in the Wings (0-1).

The win was also the 100th in the career of head coach Ed Comeau, making him just the fourth coach in NLL history to reach that milestone.

Special teams dominance and tough defense put the Swarm over the top in this one. Georgia went 3-for-5 on power plays, and 4-for-4 on the penalty kill, including goals on three consecutive first half power plays. The defense was strong right from the start, holding the Wings without a shot on goal for more than five minutes to open the game. Eventually, the Swarm took advantage on the other end.

Bryan Cole grabbed the first power play goal for the Swarm 7:20 into the contest after receiving a pass from Randy Staats from behind the net. It was the first of four assists for Staats on the night, and he added a goal to go with it.

“I think we’ve been playing really well defensively,” Comeau said. “We’ll continue to have to make adjustments, but I think (goalie) Mike Poulin has been outstanding. Any time you can hold an NLL power play to no goals on four chances, that’s huge.”

Georgia left the first quarter with a 2-1 lead, but it didn’t take long for that advantage to grow.

Shayne Jackson picked up where he left off from the opener, following his hat trick in Rochester by adding his first tally of the season at home just 27 seconds into the second quarter. Lyle Thompson had seven points in the win over Rochester, and he was back at it with the next two goals of the contest.

The first came on a darting run across the middle of the field that finished with a shot past Philadelphia goalie Zach Higgins into the corner, and the second came on the power play after a pass from Jordan Hall teed him up.

Those two were working together again in the final minute of the first half, an important juncture in the game after a pair of Philadelphia goals had cut the lead in half. Thompson hit Staats with a pass, who shoveled it over to Hall, who gave Georgia its third power play goal of the first half.

It restored some momentum back to the home bench, and gave Georgia a 6-3 lead going into the locker room.

“We do it multiple times in sort of a game like style,” Thompson said on the special teams in practice. “Just randomly, coaches will yell 'man up' and we’ll run man up for a couple shifts. Mentally and subconsciously, it is getting you ready for the games. We also have a lot of good shooters, and I think that’s a big part of it.”

Once again it took less than a minute for Jackson to find the back of the net when play resumed after halftime. He scored on a one-hopper past Higgins 46 seconds into the third quarter, and then added another one just over a minute later after receiving a perfect pass from Zed Williams that hit him in stride.

The Swarm just had to play sound defensive lacrosse with a comfortable lead now resorted, and they did that and more the rest of the way. Poulin put in another strong performance, saving 42 out of 48 shots. The Wings scored just one goal in the third quarter, a skipping shot from Kevin Crowley that snuck under Poulin.

“We’re just not giving up easy shots,” Thompson said. “We’re giving up the shots Poulin wants to see. He’s the best goalie in the league, and when you’re giving up shots that are easy for him to save, it definitely gives us a little more confidence and comfort.”

Thompson completed his second hat trick in as many games with a breakaway after receiving a long stretch pass from Poulin. It was another goal for the Swarm away from 5v5 action, this one coming at 4v4 after a pair of penalties.

Miles Thompson became the sixth Swarm player to grab a goal when he scored early in the fourth, and his brother matched it with his fourth of the night 3:28 later to make it 11-4 Swarm.

The Wings added two late goals, but it was far too little too late to mount any kind of a serious rally, and Adam Wiedemann put a bow on the game when he scored his first goal of the season with 1:38 remaining to make it 12-6.

The Swarm will look to make it a 3-0 start to the season when they return home on Dec. 28 against the Colorado Mammoth.