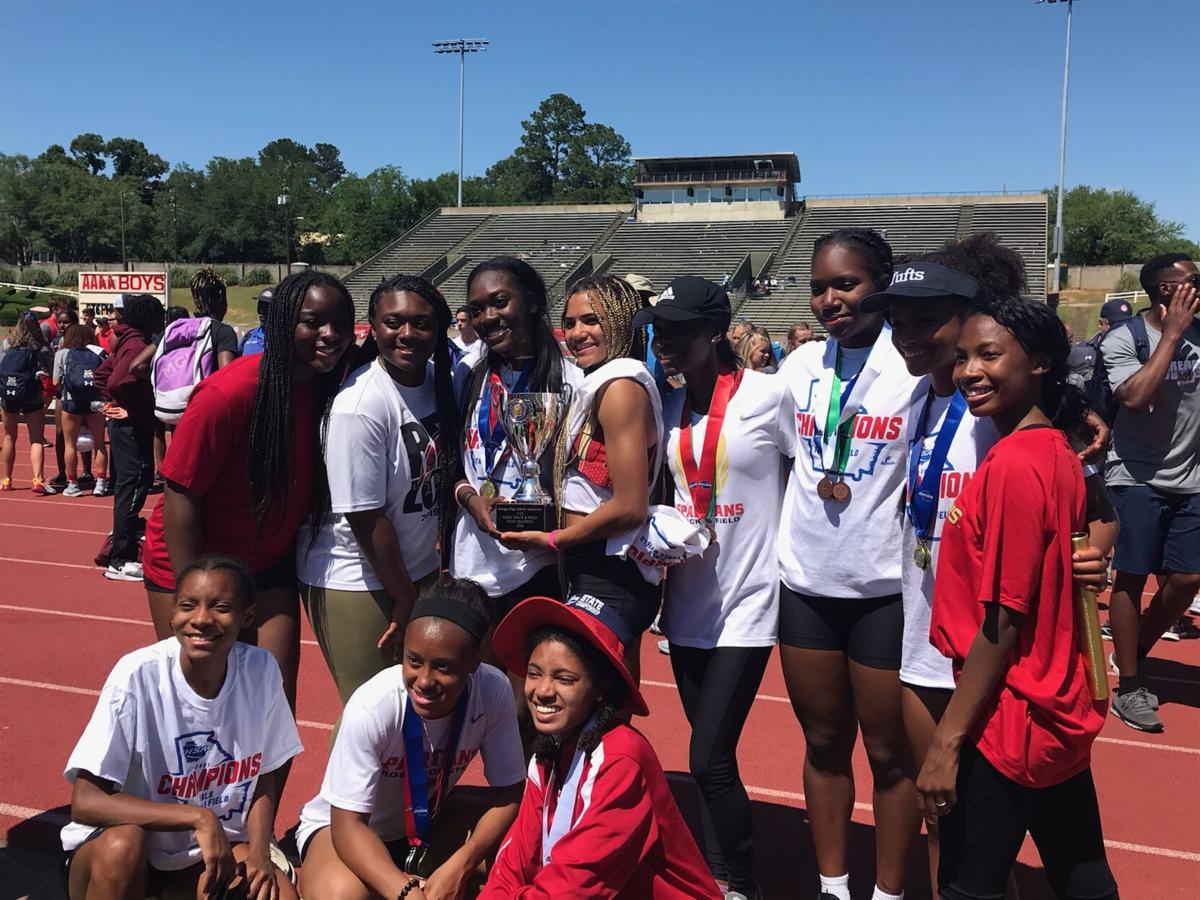 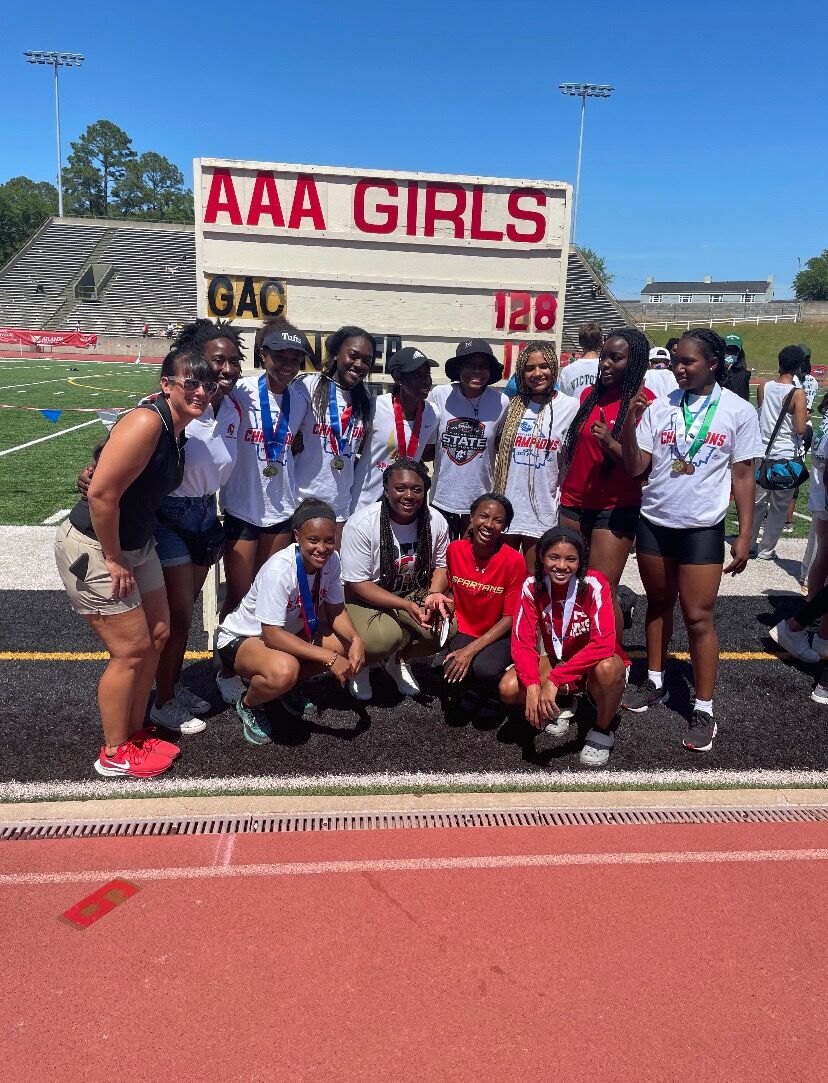 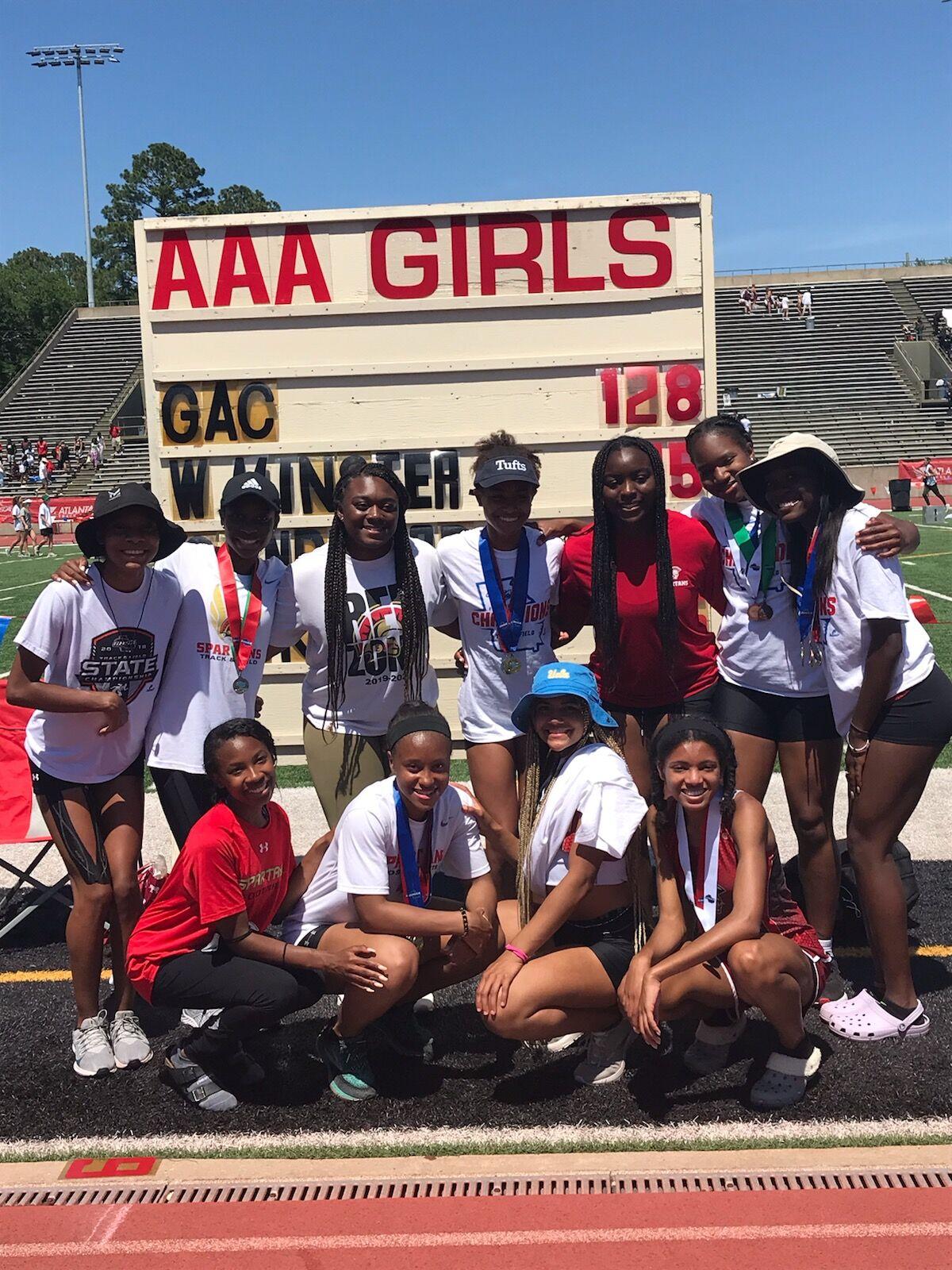 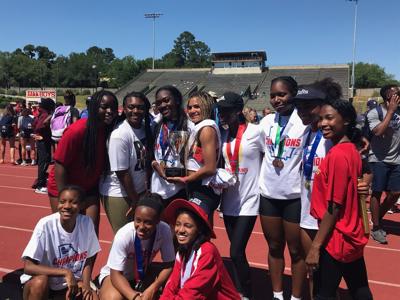 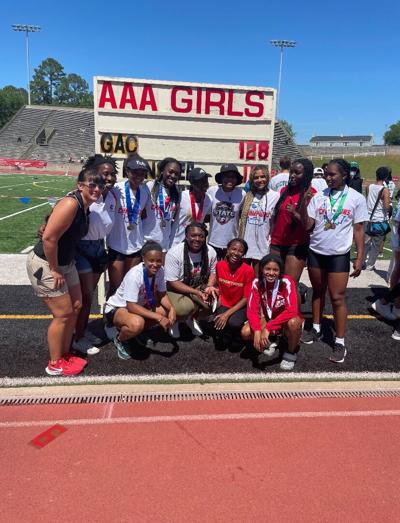 The Spartans won the Class AAA state title, their fourth in the past six seasons, with 128 points to hold off Region 5-AAA rivals Westminster (116) and Sandy Creek (109). It was their second straight championship in AAA, winning in 2019 before the 2020 season was canceled.

“I think this is one of the more really satisfying wins just because of missing last year,” said GAC coach Brad Kinser, in his 32nd season leading the program. “Last year we had Jasmine Jones (now at Southern California), Chloe (Fair, now at Harvard) and those girls. It was one of the best teams I’ve ever had. … We were going to be pretty good last year and battling for a championship and then we missed that whole season. It’s been a crazy year with what everybody has been going through. So to get to this point and put it all together, it was really great for these girls. I was so proud of them. I know everybody says this, but it was a true team effort. We scored in a lot of ways.”

The sprinters were dominant Saturday, including a memorable day from Trinity Rossum, who won the 100-meter and 200-meter titles in 11.77 and 24.17 seconds, respectively. She joined Nyla Thompson, Danielle Jones and Nia Wilson on a state championship 400 relay (46.28).

The exciting finish was part of an already memorable season that included GAC’s first Gwinnett County championship at the end of March.

“It was a great battle with two teams from our region,” Kinser said of the top three at state. “Our region had the three best teams in AAA by far. We knew those two teams because we ran against them at region and sectionals and we knew it was going to be a battle coming down to the last event. It’s weird because we knew them and we knew what to expect. When you have to do it at a certain time and in three days in the heat of Albany, it’s different. I’m really proud of them. They took care of business. I’ve got a great staff and they do a great job coaching their different events.”

Gwinnett's placers in the state track and field championship meets.