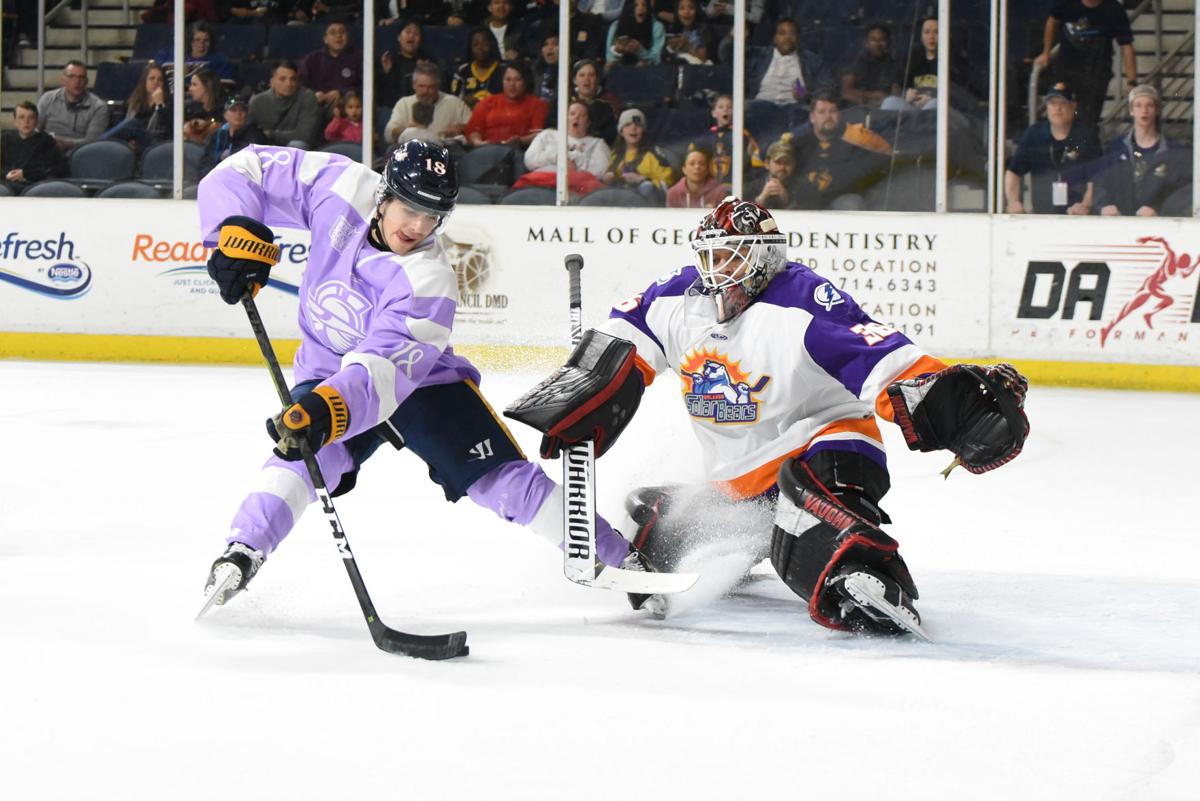 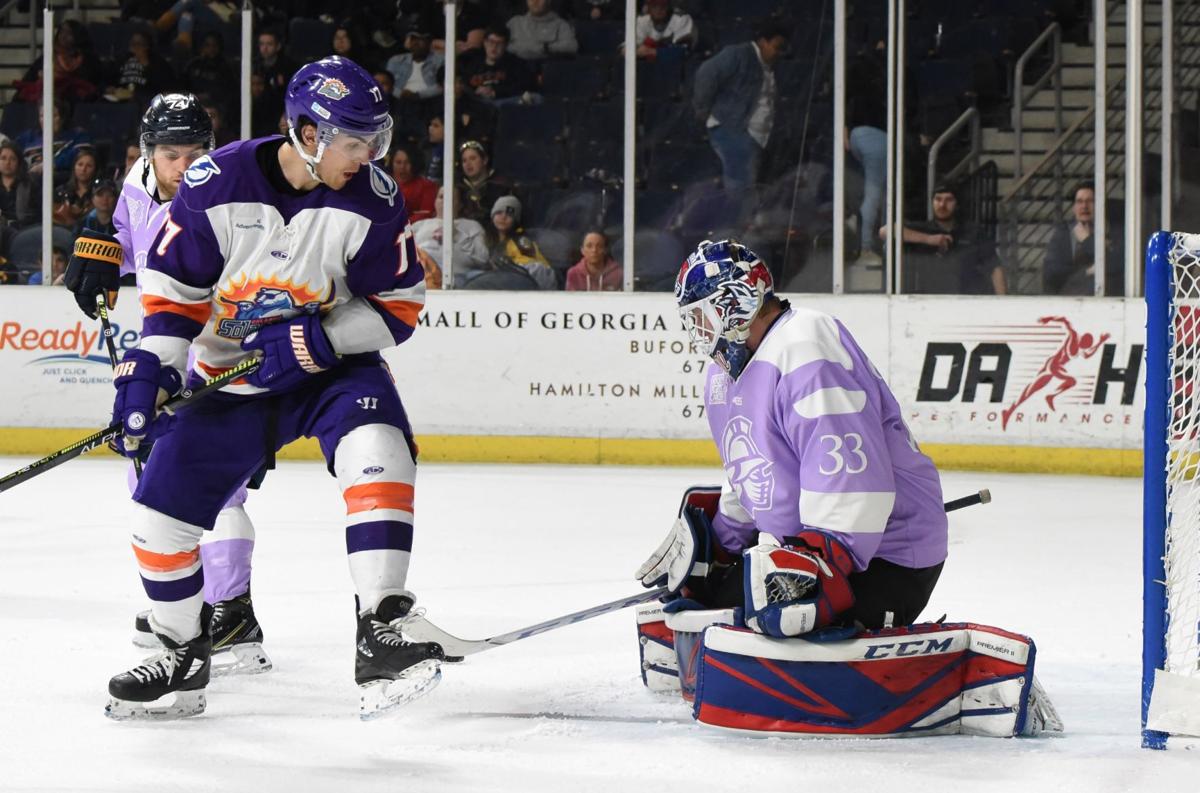 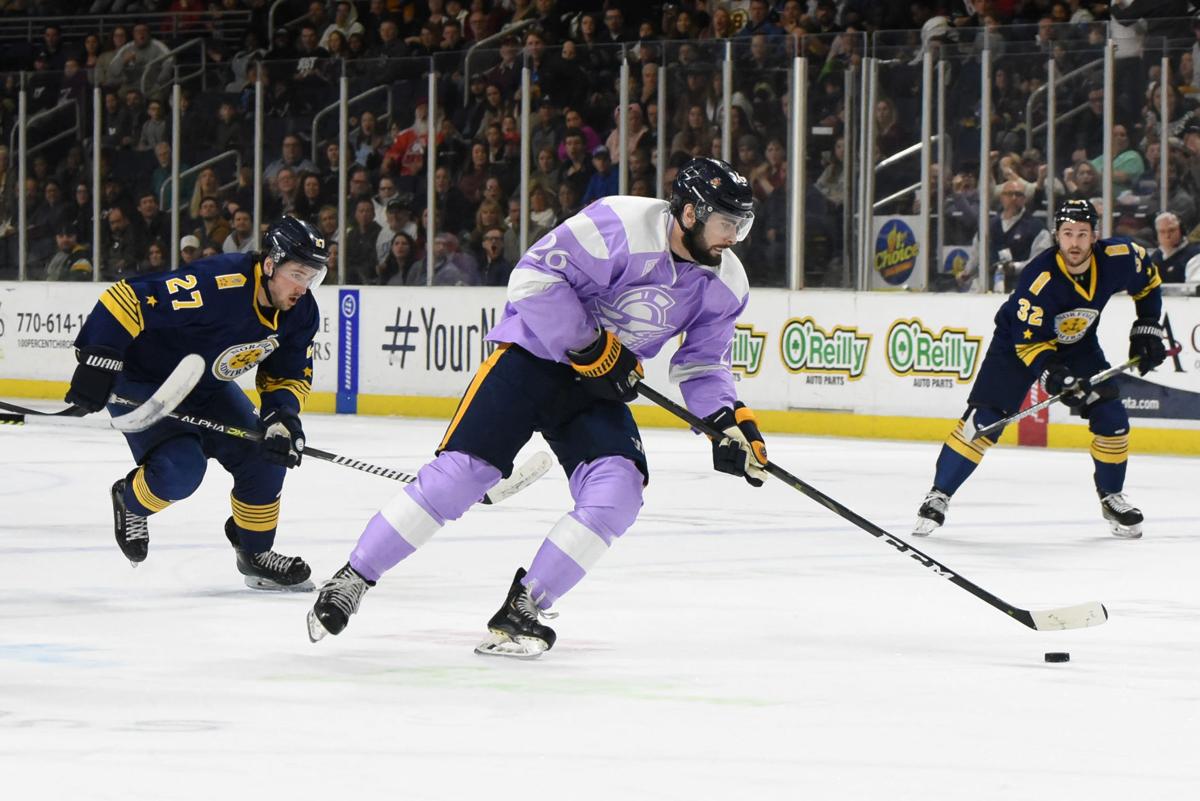 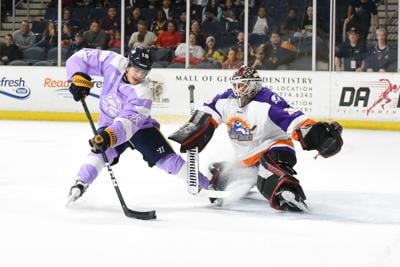 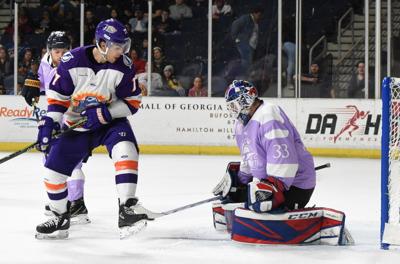 The what ifs will linger for the Atlanta Gladiators, the ECHL’s hottest team when the season was abruptly canceled due to the coronavirus pandemic.

Atlanta was 8-0-1-1 in its last 10 games and had worked its way into a playoff spot with 11 games remaining in the regular season. Last Thursday, the league suspended play. On Saturday, it pulled the plug entirely and the Gladiators potential for a long playoff run went down the drain.

“It’s the weirdest thing I’ve ever been involved in,” head coach Jeff Pyle said. “It’s like you’re in a movie. Nobody kind of knows what to do. Everybody is disappointed, not because the season was canceled, just because we thought we had a pretty good thing going.

“Then all of a sudden got it taken away from everybody. Disappointed is the only way to put it.”

Not only was Atlanta unbeaten in regulation since Feb. 16, it had just been assigned 20-year-old center Pavel Shen, who is under contract with Boston, and goaltender Callum Booth returned from a stint in the AHL.

“Our last two practices were really good,” Pyle said. “There was a lot of jump. We probably had our best two practices of the year. Then it all got shut down. We were ready to go. We had enough toughness. We had three good lines. We matched up well, really, with everyone in our division. We were really excited about getting this going. The schedule was in our favor.

“And I’m just disappointed for the fans. They’ve been waiting for this for a long time. If we’d have done it, who knows, but I felt like we really had a chance this year.”

The Gladiators playoff success has been spotty over the last decade. Pyle was the team’s inaugural coach, helping to relocate the franchise from Mobile, Ala., in 2003. He led them to several deep runs, including a the conference semifinals in their first season and a place in the Kelly Cup finals in 2006. Atlanta was a fixture in the playoffs for its first six seasons before missing the cut in Pyle’s last two seasons. He left to coach in the AHL and the Gladiators made the postseason for the next two years under John Wroblewski. What followed were four straight years of missing the playoffs and then a four-game sweep at the hands of Florida in 2017-18.

Pyle returned to the organization last year and after a horrific first half of the season, Atlanta had a second-half surge that nearly earned it a place in the playoffs. Pyle spent a lot of this season harping on his players for not consistently sticking with the systems. It all began to come together at the beginning of February and the team found its stride in the middle of the month.

“Mentally, we believed it,” Pyle said. “I wanted to see how this one would play out. I don’t think we were afraid of anybody. I like being the underdog anyway. Now we don’t have a chance to really see what we had. I really did like this group.

“Two weeks ago some of these guys hated me. They started buying in. My job is to make sure they don’t fail. After being so close last year and now having it taken away, it just sucks. It was fun getting here. I think there was gas left in the tank.”

The Gladiators were clicking in every phase. They had a power-play conversion rate near 30 percent and a penalty kill of 95 percent in the last 10 games.

“They were, all the guys, were doing it,” Pyle said. “It was a strange, strange feeling. This team wasn’t limited at all.”

Teams discussed the possibility of keeping players around for two weeks to see how things play out with the nationwide measures regarding COVID-19.

“But we couldn’t really take the risk,” Pyle said.

The Canadian players on the roster all went home Monday when it seemed border closings might be possible.

“It’s a tough one,” Pyle said. “There are a lot of the kids I do want to have back. If they’re willing to buy in right from the get-go, we could really do some damage next year.”

The Infinite Energy Arena announced it cancelled or postponed select events through March 31.