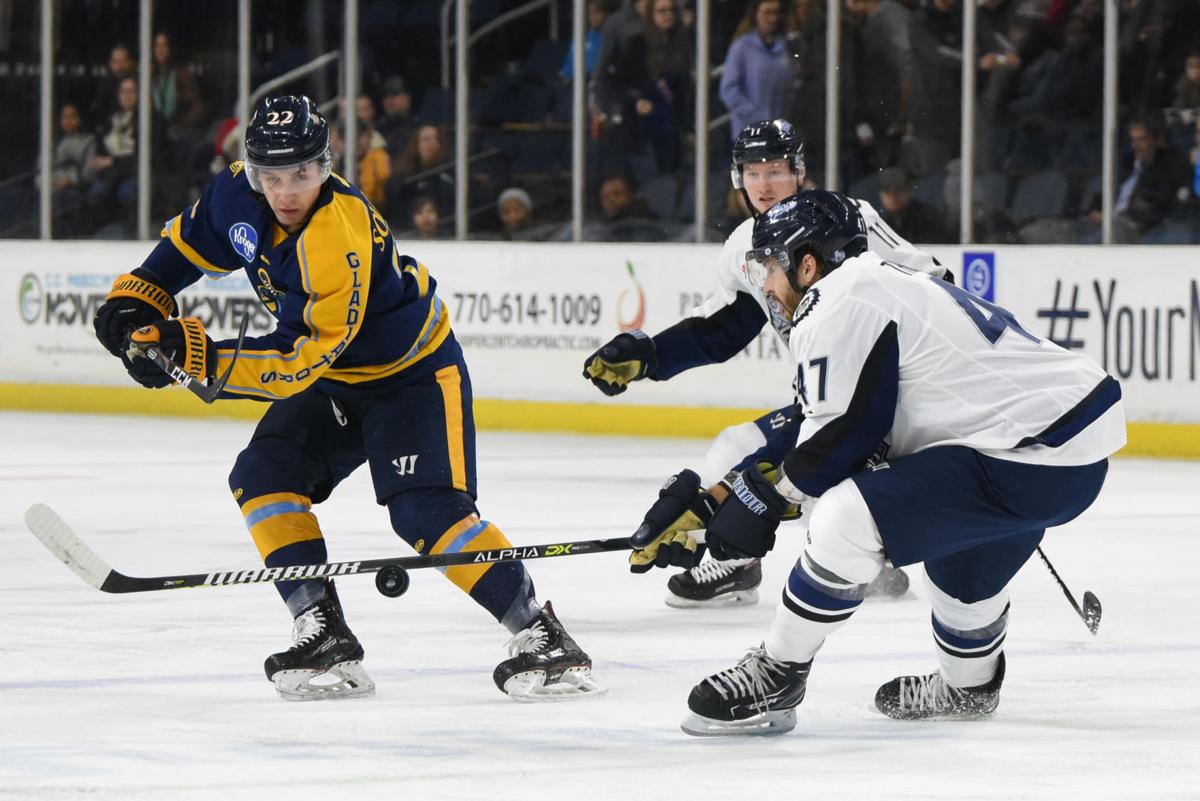 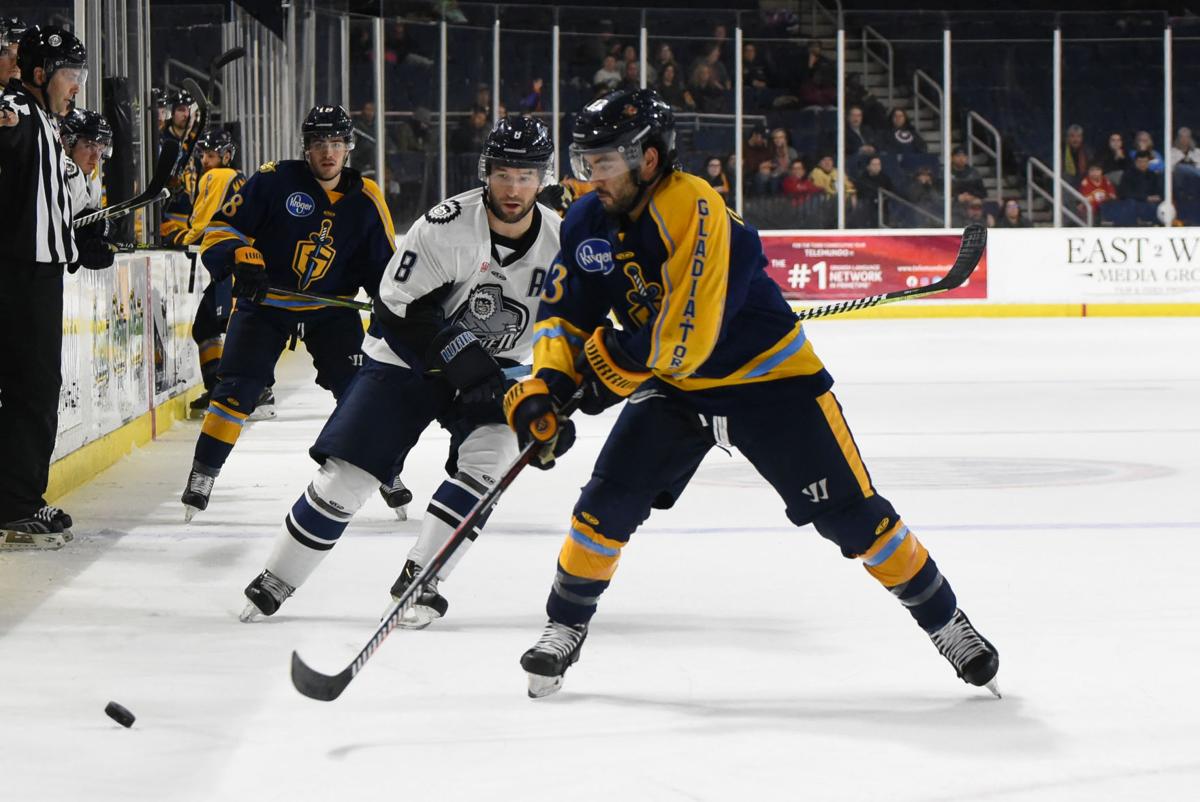 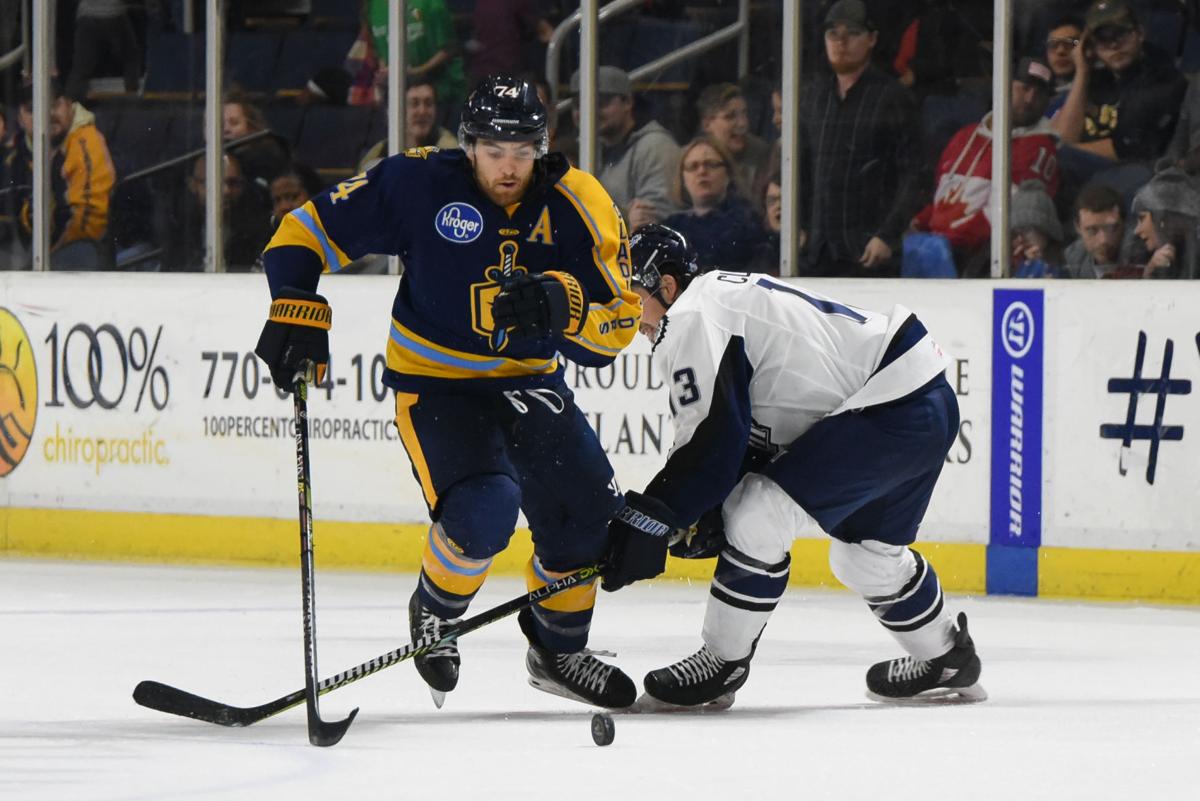 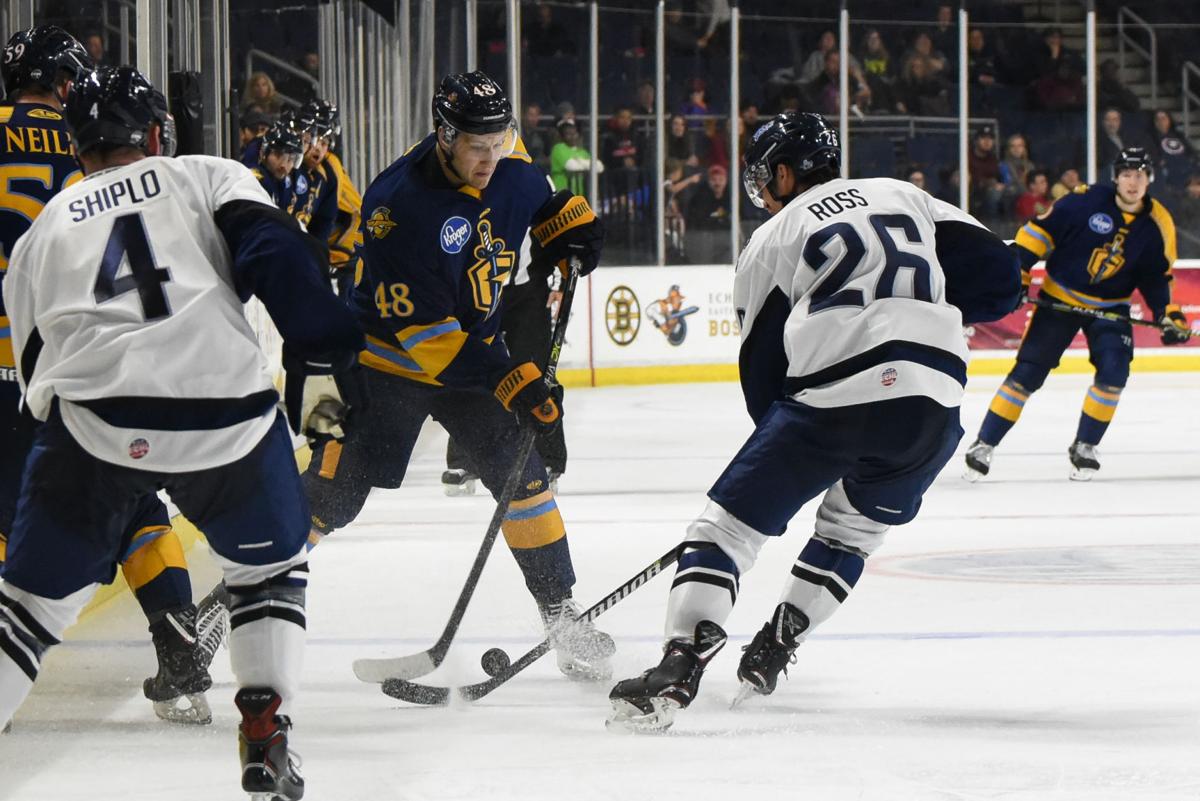 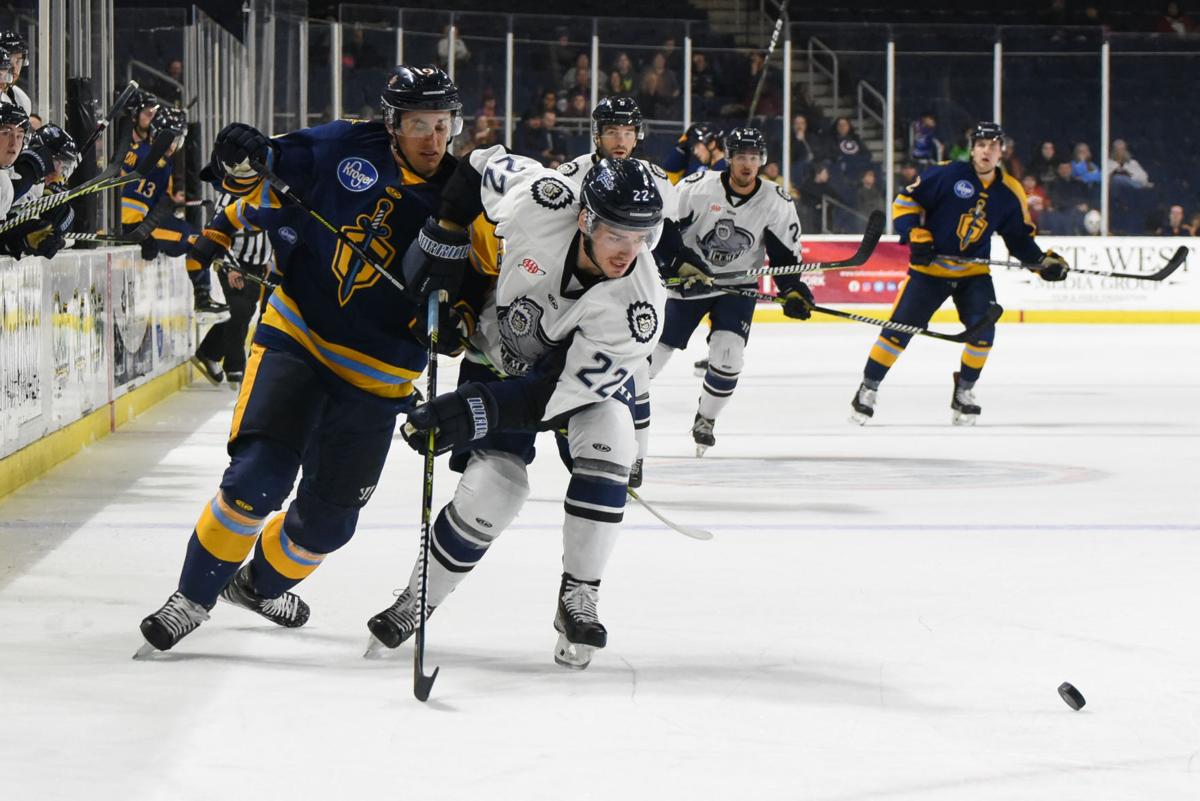 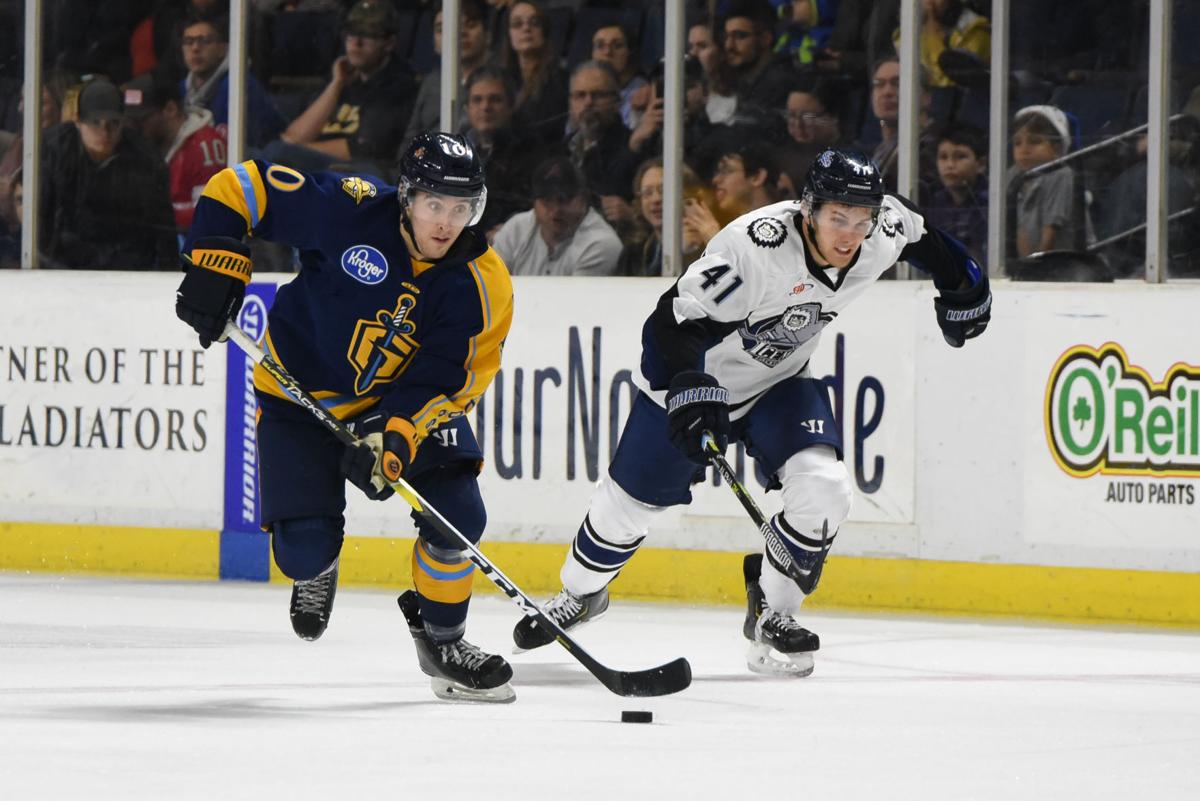 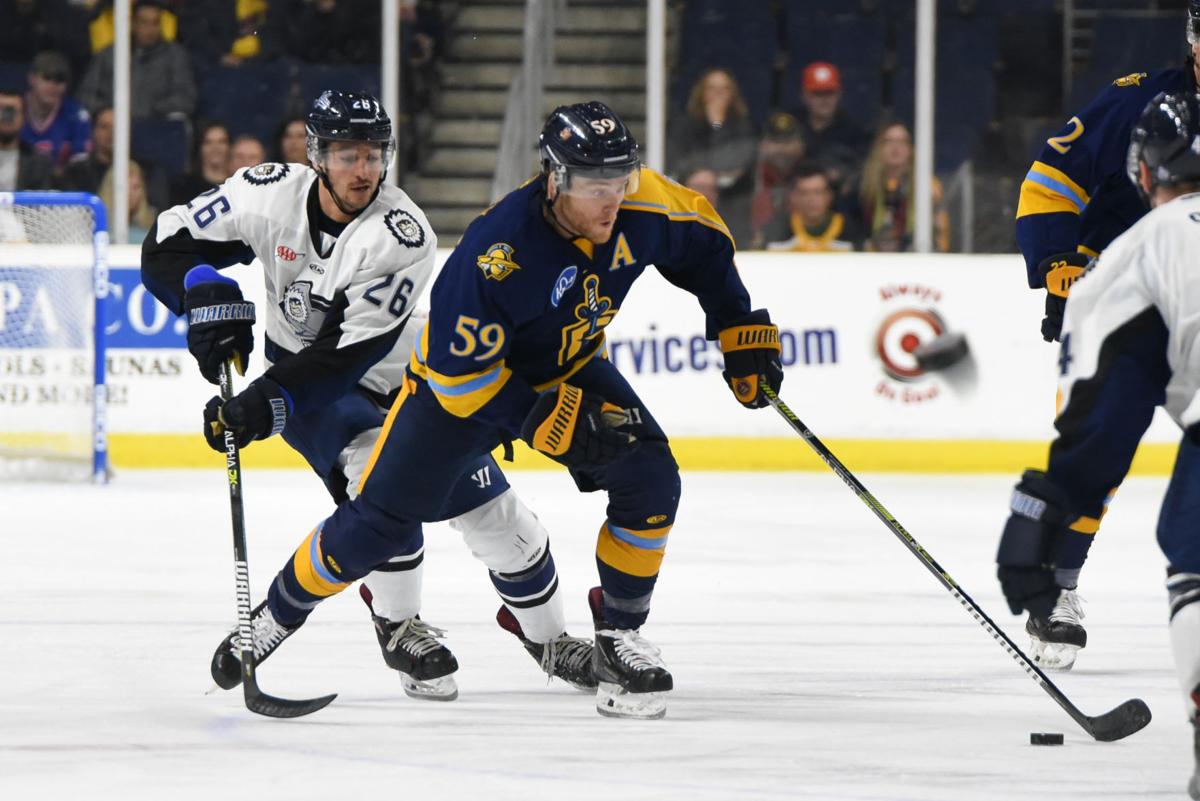 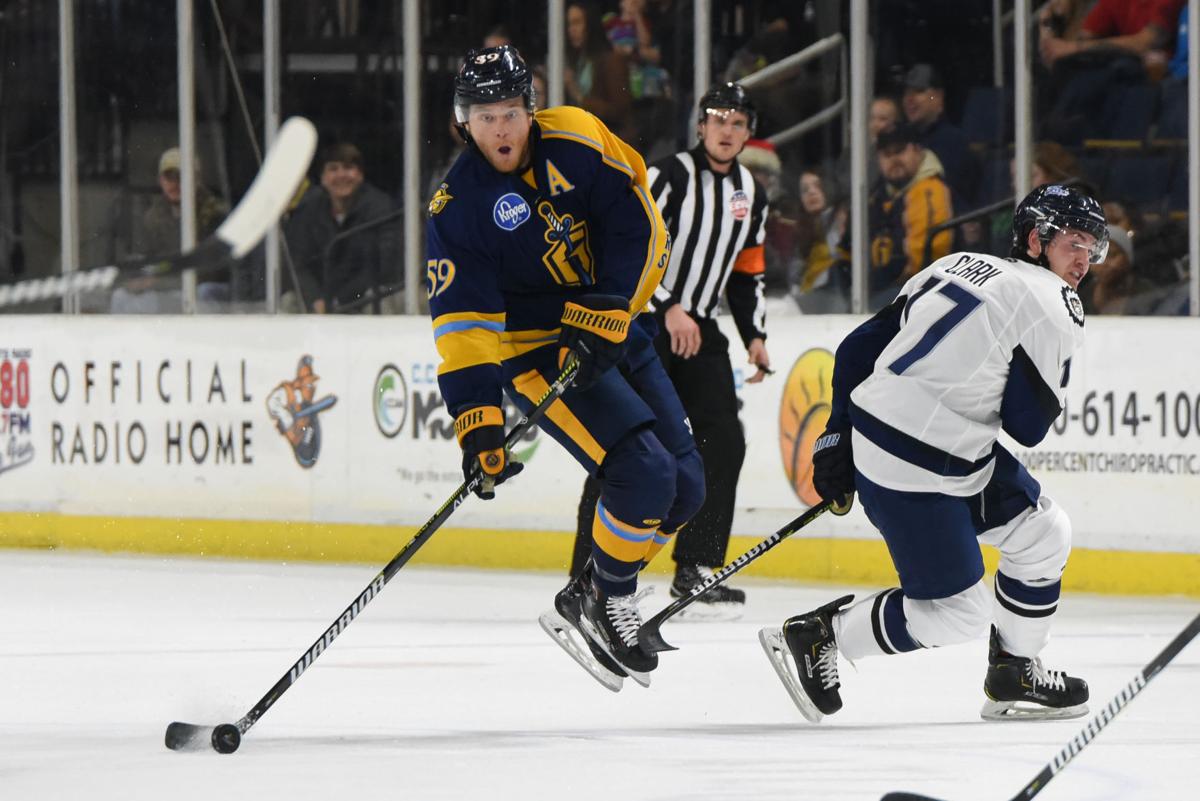 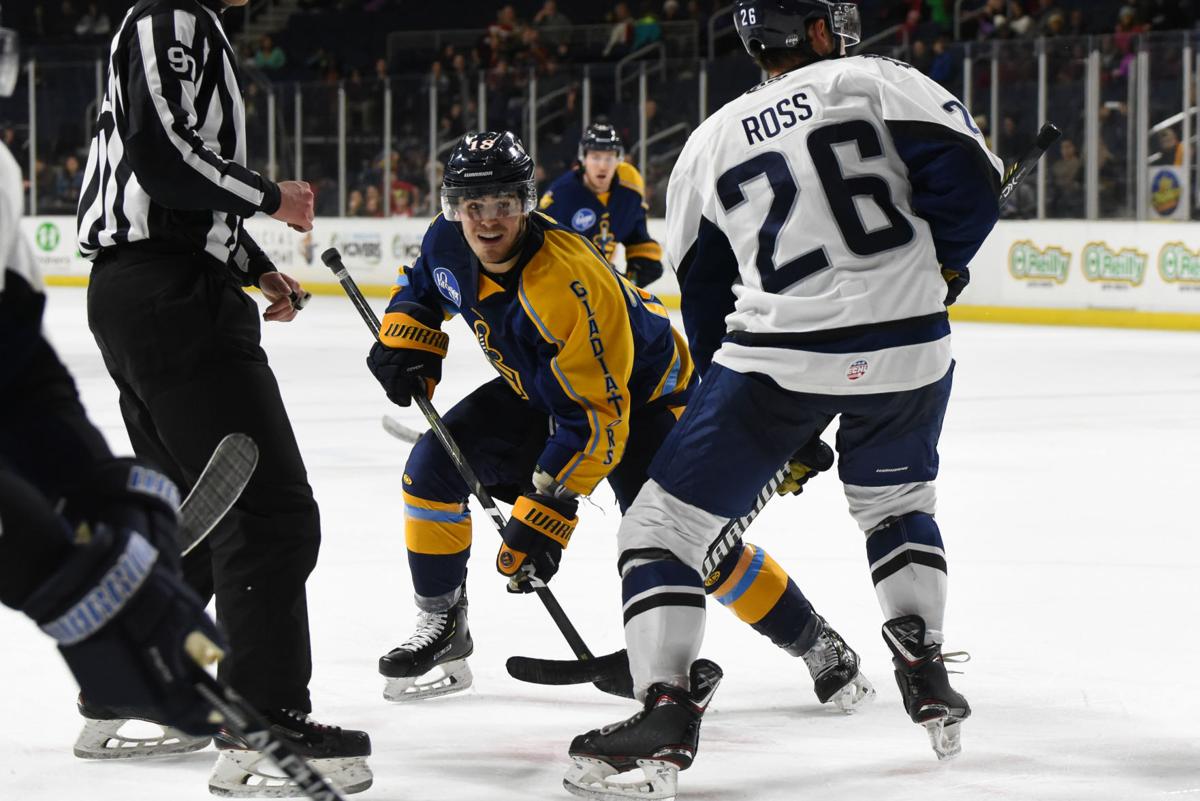 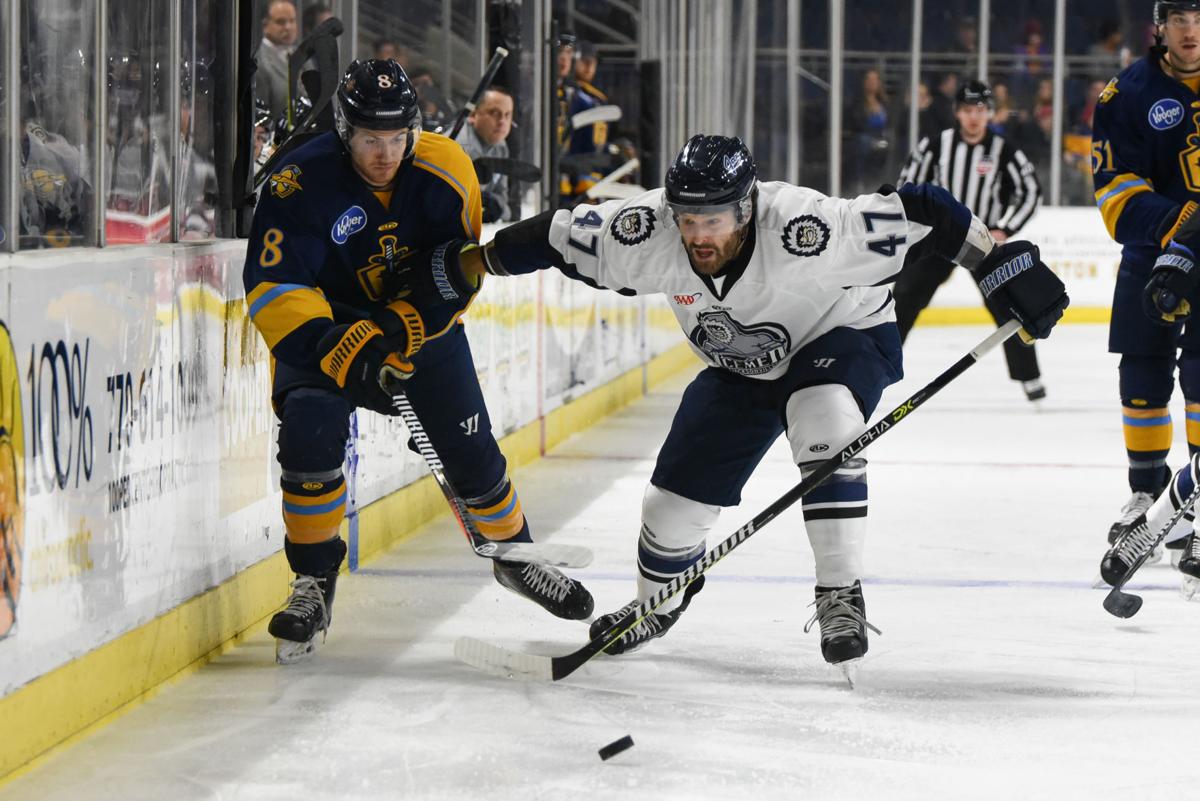 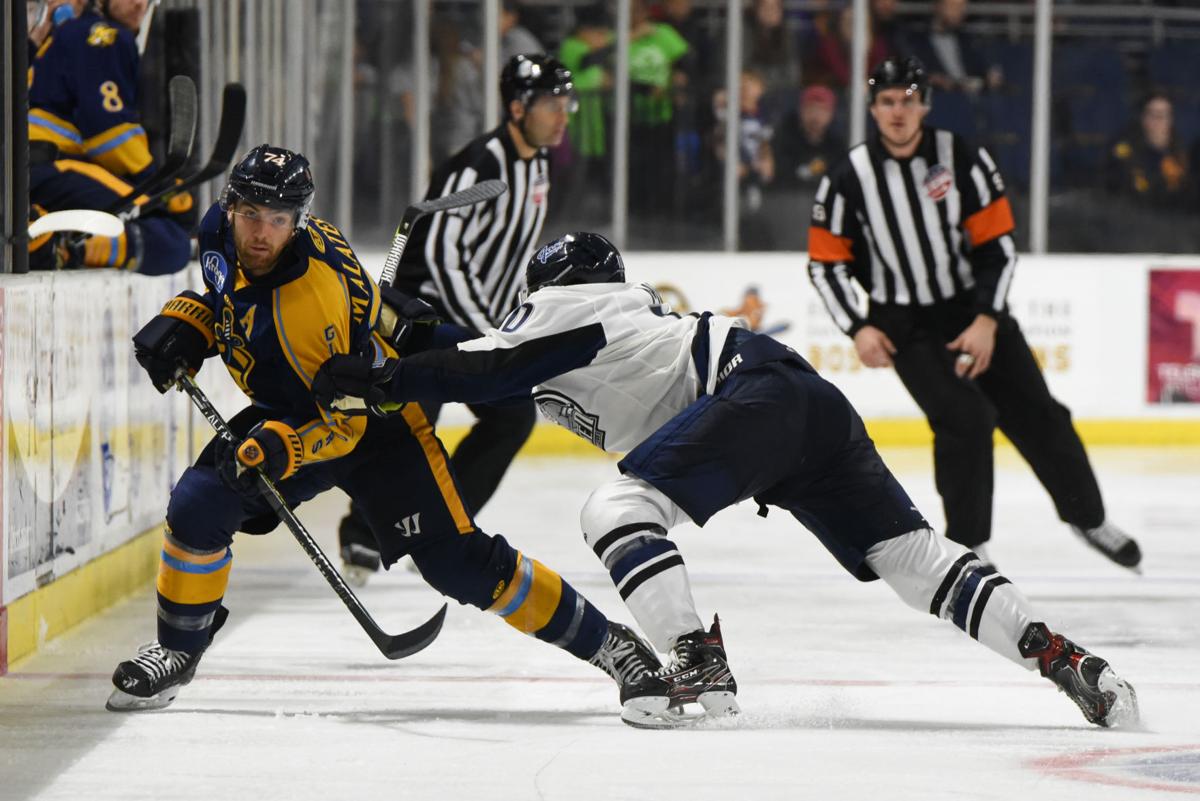 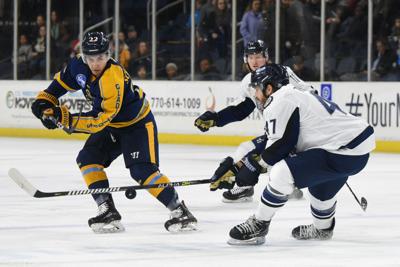 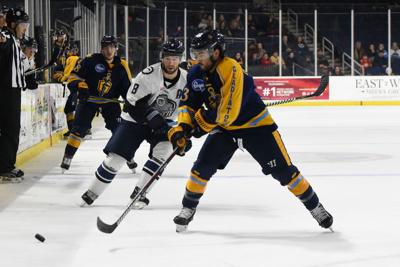 DULUTH — The Atlanta Gladiators dug themselves a hole, dug themselves out and then lost 4-3 on a power-play goal Friday in front of 5,723 at Infinite Energy Arena.

Jacksonville raced to a 3-0 lead in the first period before Atlanta found its stride in the second. The Gladiators tied it halfway through the third, but soon after were called for interference.

Garret Ross, who played six games for the Gladiators last season, backhanded a low shot that trickled painfully over the goal line at 13:04 and the Icemen made it stand up.

“We work our (butts) off to get back in the game, we tie it up and then we can't give it away fast enough,” head coach Jeff Pyle said. “We take a stupid penalty and then we shake our head like we're surprised that call is made. That one, six minutes left, you just can't do that. It's just self-imploding. It's not the work ethic. We get enough shots. We work hard for ours and then we give them up like nothing.”

Atlanta (11-11-0-0) had a two-game winning winning streak snapped and promptly boarded the bus for a 10-hour ride to Norfolk. The Admirals occupy the division basement, but are four points behind the Gladiators in a tightly packed ECHL South.

“I told them, at some point you have to decide what kind of team you want to be — because you can be really good if you want, but not the way you're doing it right now.”

The Icemen (8-10-4-0) scored 39 seconds into the game on a defensive breakdown, capitalized on a turnover for a 2-0 lead and stretched it to 3-0 with less than 13 minutes elapsed. Atlanta goaltender Kyle Keyser, recently assigned from AHL Providence, was hamstrung by his teammates from the drop of the puck.

Mike Hedden went unchecked to the far post for a cross-crease pass from Jacksonville's leading point man, Chase Long, for the first strike. The odd-man rush came courtesy of a poor change on the game's opening shift.

Atlanta forward Luke Nogard turned the puck over at the Icemen blue line and Everett Clark sprung Alexis D'Aoust on a breakaway. D'Aoust came in alone from the other blue line and ripped it low glove on Keyser at 8:20.

The 20-year-old Florida native was screened on the third goal. Ross was out front to tip in Jacob Cederholm's point shot at 12:34.

“We were standing right next to (Ross), but we don't take the stick, which is a pee-wee mistake,” Pyle said.

Atlanta pushed back in the second period, scoring twice in the final 2:30 to get within 3-2.

Avery Peterson slid through the slot and rifled a puck past goaltender Michael McNiven, a Montreal Canadiens prospect, to snap the shutout. Nick Bligh made no mistake on a breakaway with 1:17 remaining in the period.

The Gladiators outshot Jacksonville 18-6 in the second and carried the momentum through intermission.

Scott Conway, who lit up the score sheet to start the season and earned a quick call-up to the AHL, tied it 3-3 at 10:17 of the third. The rookie out of Providence College sniped a smooth top-shelf wrister for his eighth goal in nine ECHL games.