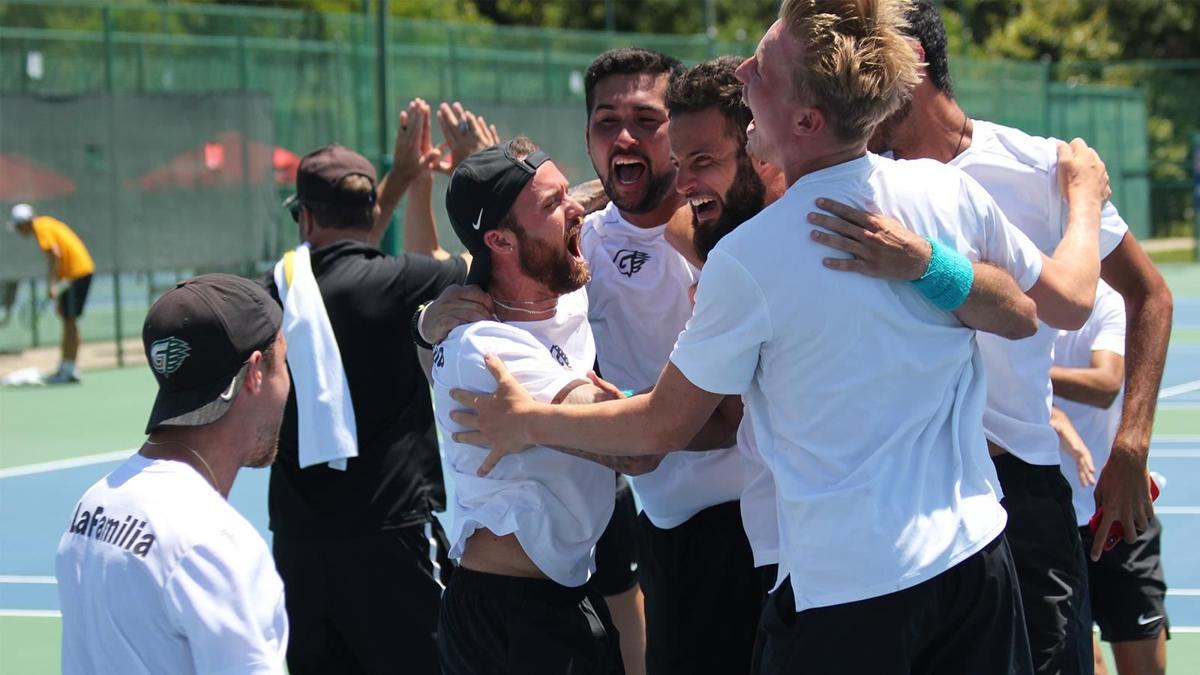 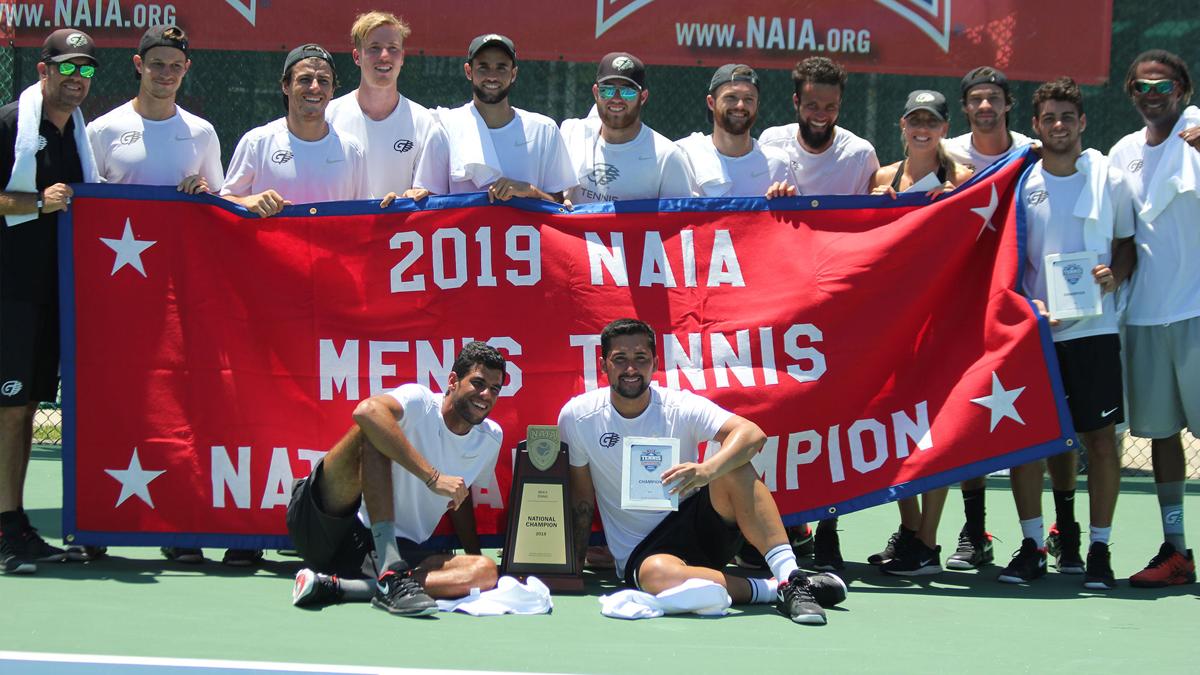 The Georgia Gwinnett College men’s tennis team won its sixth straight national title with a 5-0 sweep of Xavier on Saturday in Mobile, Ala. 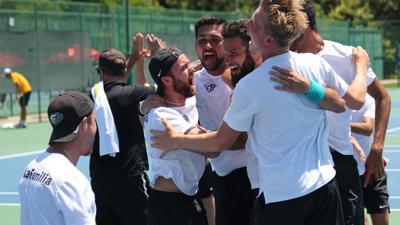 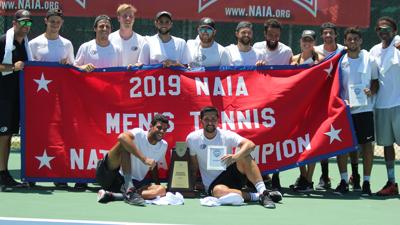 The Georgia Gwinnett College men’s tennis team won its sixth straight national title with a 5-0 sweep of Xavier on Saturday in Mobile, Ala.

MOBILE, Ala. — The names may change, but winning remains a constant for the Georgia Gwinnett College men’s tennis team.

The Grizzlies put an exclamation point on their sixth straight NAIA national championship with a dominant 5-0 victory against No. 7-seeded Xavier University (La.) in Saturday’s title match at the Mobile Tennis Center.

GGC didn’t lose a point in four matches at this year’s nationals, winning by identical 5-0 scores. The team has now won all 24 of its matches throughout the years at the national tournament. The championship victory also capped the Grizzlies’ fourth straight undefeated season (27-0) and extended the program’s winning streak to 109 straight matches.

“Winning six (titles) in a row is incredible,” said head coach Chase Hodges, the architect of all six title-winning lineups. “There’s not many teams that get to finish their season with a win. Along this journey, I have made special relationships with all of these players. It is nice to send our two seniors away with a national championship.”

Three of Georgia Gwinnett College’s NAIA titles have come with victories against Xavier in the final.

The Grizzlies pulled away in the second half of doubles play to sweep all three points. Senior Rafael Coutinho partnered with sophomore Valentino Caratini for an 8-2 victory on the No. 2 court. A few minutes later, junior Federico Herrera Duran and freshman Daniel Czepielewski gave the team a 2-0 advantage with an 8-5 triumph at No. 3 doubles.

Senior Ayed Zatar and sophomore Federico Bonacia capped the strong performances in doubles with an 8-4 victory at the top of the lineup.

“It took us some time to separate from a very good Xavier team,” Hodges said. “They played extremely well and hard early in the doubles. The key came 15 to 20 minutes into doubles when there was (leading) separation on each court.”

GGC proceeded to win the opening set on five of the six singles courts.

The team took a 4-0 lead after junior Mika Kosonen won 12 of 13 games for a victory on the No. 6 singles court.

Then Bonacia started the championship celebration after winning at No. 2 singles. The sophomore won all six games in the first set before capturing the second set by a 6-3. The match-clinching score came after the Xavier player had a double fault.

“I heard everyone around me saying ‘Mika, Mika,’” Bonacia said. “I knew that he had picked up the fourth (match) point and I was just a game away from winning. It was my time to clinch this victory.

Herrera Duran, NAIA’s top-ranked player, received the Most Outstanding Player award at the national tournament for his efforts throughout the week.