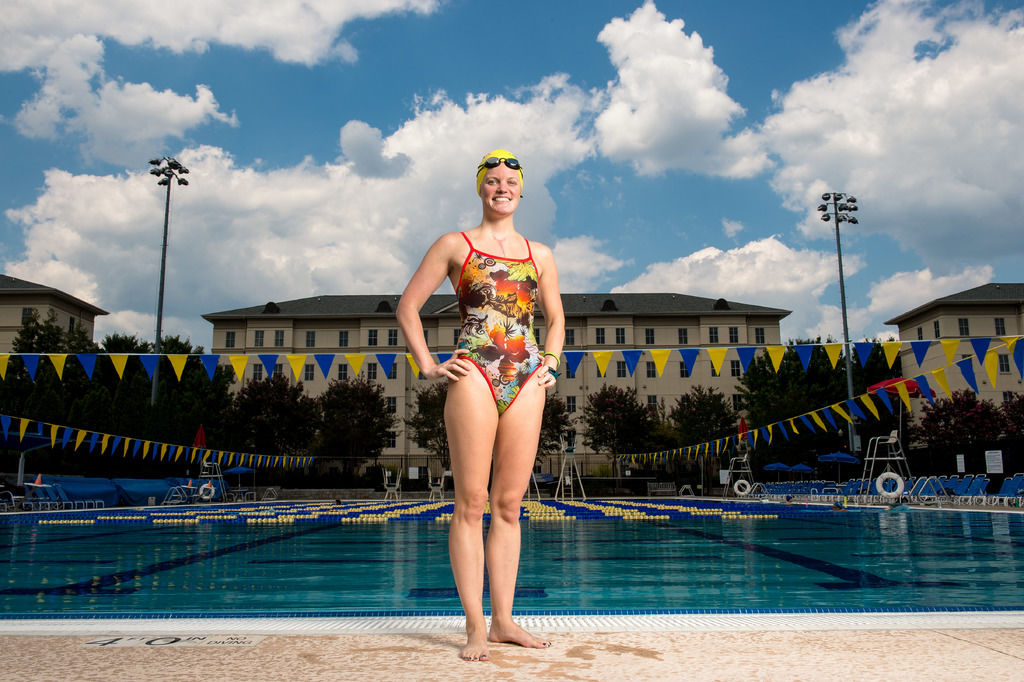 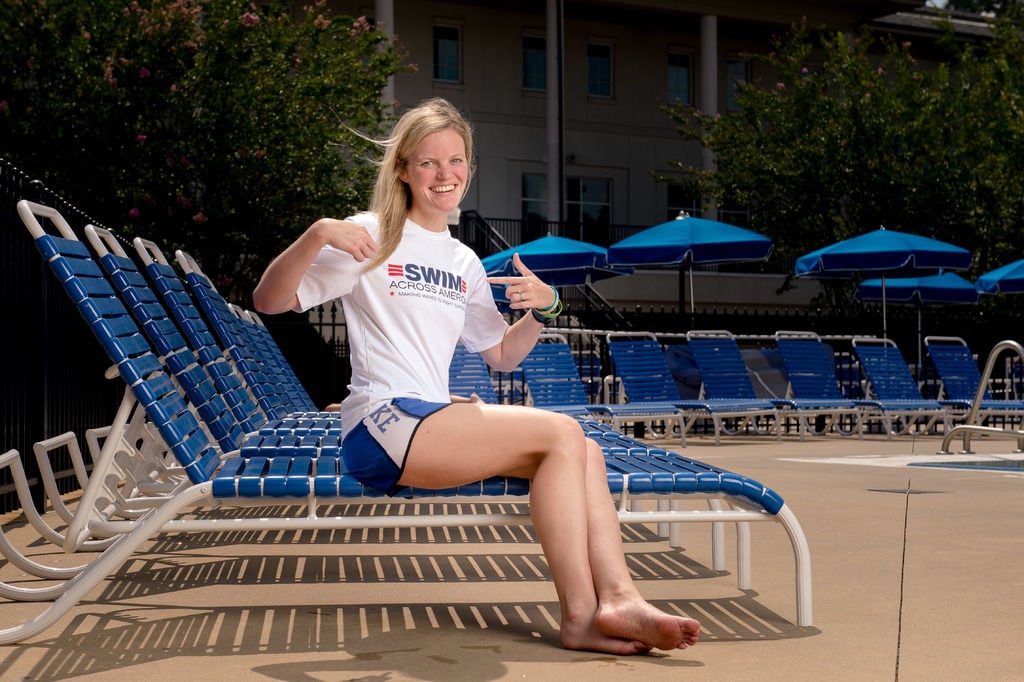 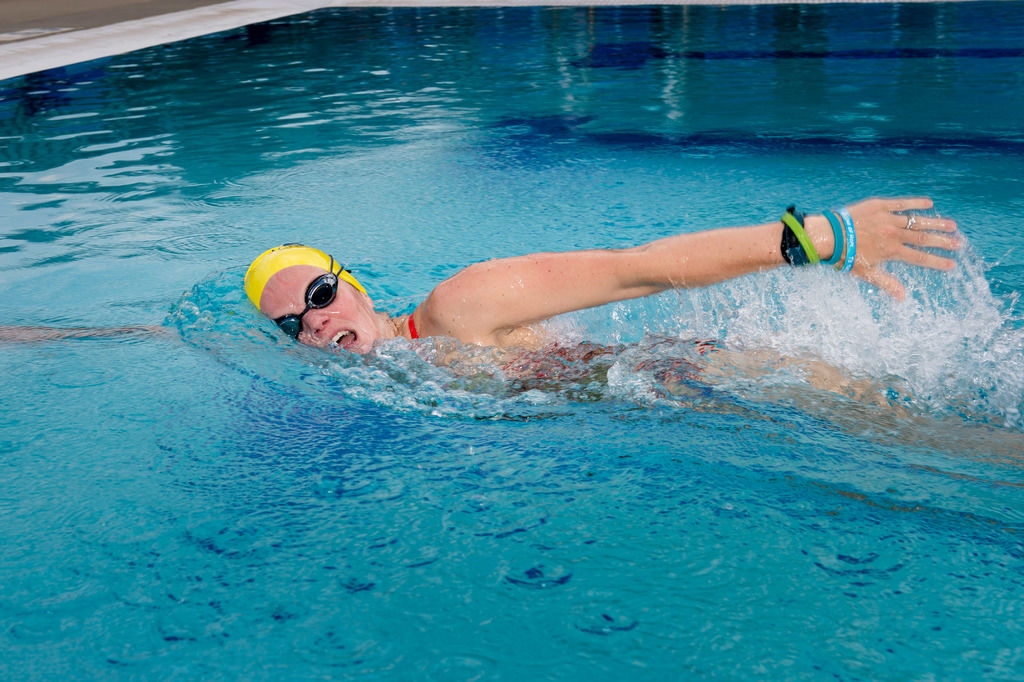 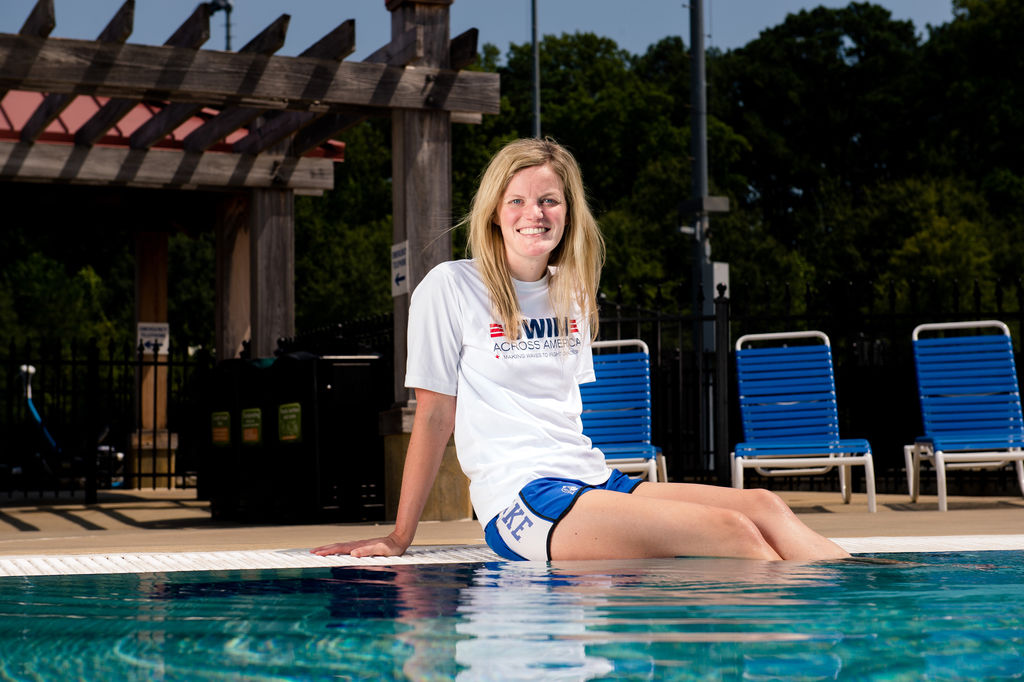 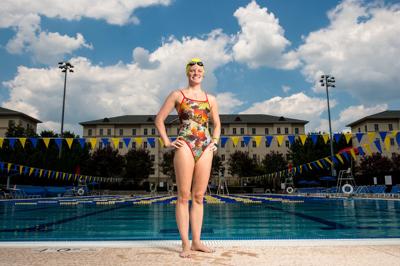 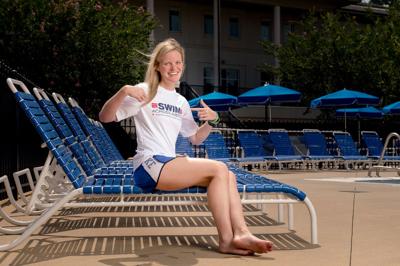 A vertical scar beginning at the neck and running down the chest, is a visible reminder of how rough the last year-plus has been for Julie Granger.

It’s the result of surgeries to remove a mass of sarcoma, a rare cancer that was diagnosed early in 2015 and took her through chemotherapy, radiation and a pair of ensuing surgeries. The former Duluth and Duke University swimmer is still in recovery mode from her medical treatments, but feels well enough to race Saturday in Swim Across America’s Atlanta Open Water Swim, a fundraiser for the Aflac Cancer and Blood Disorders Center at Children’s Healthcare of Atlanta.

“I’m about to start radiation and I’m recovering from surgery now, but I’ve gotten back in the pool and started doing open water training,” Granger said earlier this month. “By the skin of my teeth, I’ll be able to compete in Swim Across America. … I’ll figure out a way to make it work.”

Fighting through physical adversity is nothing new for Granger, who now runs Performance, Rehabilitation and Integrative Sports Medicine (PRISM), an Atlanta business that includes physical therapy, pilates and sports medicine.

Back problems caused issues in both high school and college, then shoulder problems and surgery cut her college swimming career at Duke short. She remained with the Blue Devils as an assistant coach and returned to Atlanta where she finished physical therapy school at Emory.

Her past injuries had healed, allowing her to return to the pool, but then she got sick in early 2015 with an esophagus infection that wouldn’t get better. Cancer was the culprit.

“I finally got everything squared away (with injuries) and as soon as that happened, I got diagnosed with cancer,” she said. “It was like another blow to the epic journey it seemed like I was on.”

Another odd twist was that the cancerous mass in her right lung was first discovered when she was a high-schooler at Duluth, where she began dating her now husband, Daniel Jessee. She was told then that it was nothing to worry about, that she was a healthy young swimmer. No need to worry.

Ditto for years later, when Granger went into PT school. Forget about it. You’re young and healthy. Those were the doctors’ messages.

But a scan of the mass early in the summer of 2015 showed that it had doubled in size since a scan on record from 2006. The initial plan was to remove the mass, which pressed on important structures in the lung, esophagus and chest, though it was switched by a sarcoma specialist to genetically-targeted chemotherapy, a treatment that shrank the mass by 80 percent.

Granger had surgery May 19 to remove the remaining tumor, as well as three ribs, her collarbone and part of her right lung. After a 10-day hospital stay, she felt back to normal quickly. Just 32 days after surgery, she was back in the pool.

“I bounced back really fast because I had been, prior to surgery, feeling great,” she said. “I was swimming three or four times a week, doing a lot of pilates.”

Another surgery followed Aug. 11. It was necessary to remove titanium rods that had replaced her ribs in the first surgery.

“I managed to break one of those titanium roads swimming,” Granger said. “Everyone was calling me Wonder Woman because I’m the only woman who can break titanium.”

With those surgeries behind her, Granger again focused on a return to swimming, specifically in time for this Saturday’s event at Lake Lanier.

The event is special to her for a number of reasons, most importantly that it supports the fight against childhood cancer, but she also has a direct involvement as a volunteer with Swim Across America. Among her duties is advising the SAA Junior Board members, including Brookwood swimmer Devan Sweeney.

“I met Julie about two years ago when I went to her for physical therapy for my shoulder injury,” Ford said. “I was very discouraged before I went to her, but she helped me with both the physical and mental sides of recovery. Now I am pain-free and enjoying swimming more than ever. I owe so much to her for helping me stay with the sport. When I learned last summer that she has a rare childhood cancer in her lung, it took me by surprise. She is one of the most hard-working and energetic people I have ever met. No one would have guessed she was sick. When she told me about the opportunity to be a part of the Swim Across America Junior Advisory Board, I joined immediately, and there was never any question about who I wanted to personally honor as Julie has greatly inspired me with her strength and positive attitude toward life. My Dynamo team will be swimming to raise money to support Julie, a former Dynamo swimmer herself, and all those who are affected by cancer.”

Swim organizers also are proud of have Granger’s name adorn a team.

“Julie is an incredibly inspiring individual,” SAA event director Megan Melgaard said. “She not only helps us as a coach for the junior advisory board also is also a leader on our committee. She’s an example of what our swim really portrays and she’s a strong proponent for cancer research. Why not jump in the water and swim for folks like Julie? The fact that she’ll be in the water or on the water is inspiring to all of us.”

The long-term prognosis for Granger is positive, with the chance of reoccurrence slim after a great response to chemotherapy. Radiation is expected to make the 32-year-old cancer-free and get her back in the water, both this weekend and beyond.

“I have a feeling (Saturday) is going to be very moving when I finish my portion of the swim,” Granger said. “It’s sort of a culmination of a lot of years of blood, sweat and tears literally, between injuries, illness and almost gaining my identity as a swimmer back that I lost in college with a career-ending injury. … I’ll absolutely be swimming (after Saturday’s race), no question. I won’t be turning back at this point. It just feels so natural in the water. It’s when I’m happiest, when I’m the most peaceful.

“It’s the best workout there is for me. I think because I’ve been doing it since I was 6. I tried running and I tried cycling. I fall off the bike and I trip and fall running. I belong in the water.”