Log In Sign Up
You are the owner of this article.
Edit Article Add New Article
You have permission to edit this article.
Edit
Home
News
e-Edition
Sports
Entertainment
Opinion
Obituaries
Community
Multimedia
Marketplace
Help
CollegePodcastPrepProfessional
1 of 6 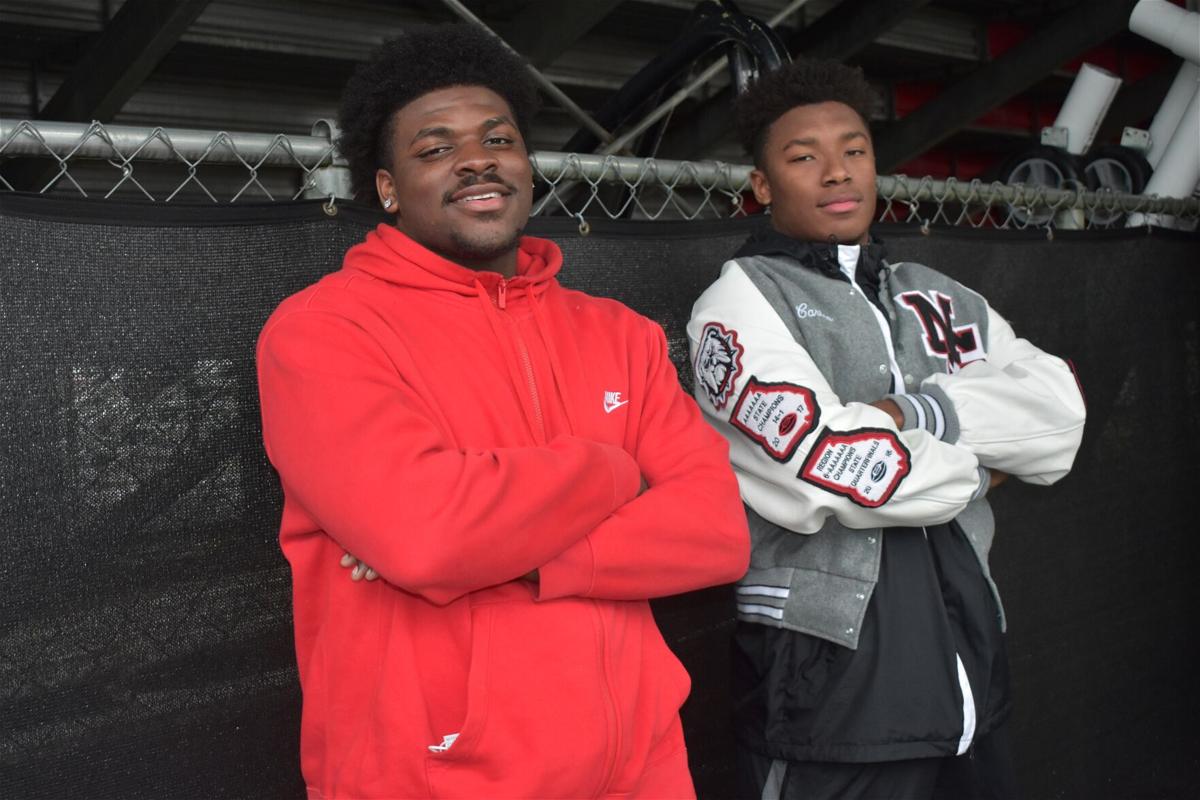 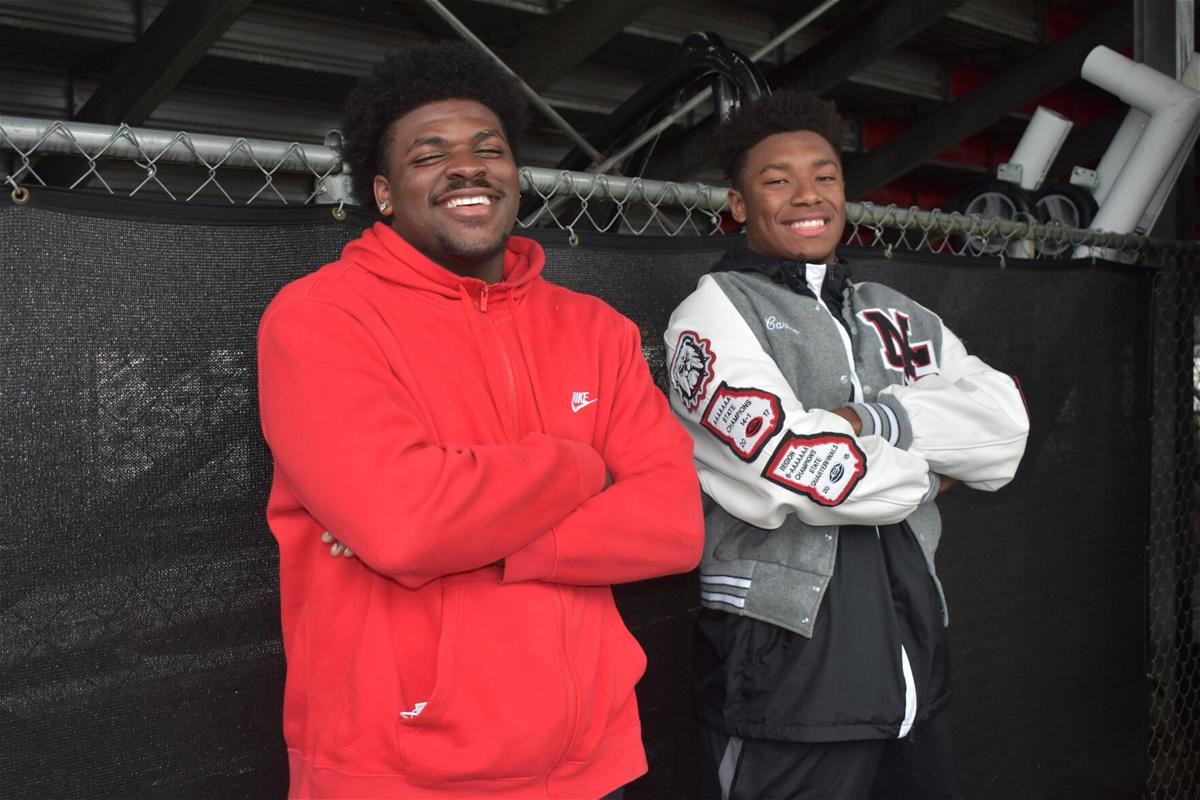 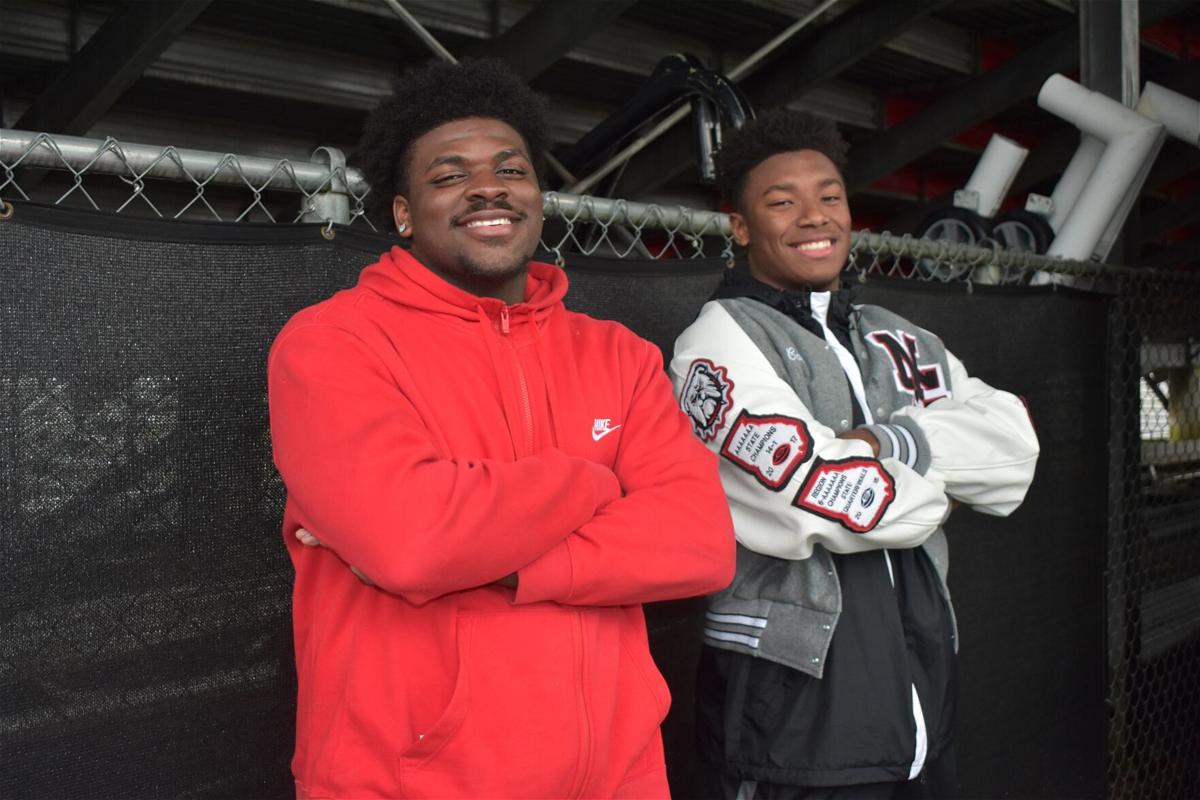 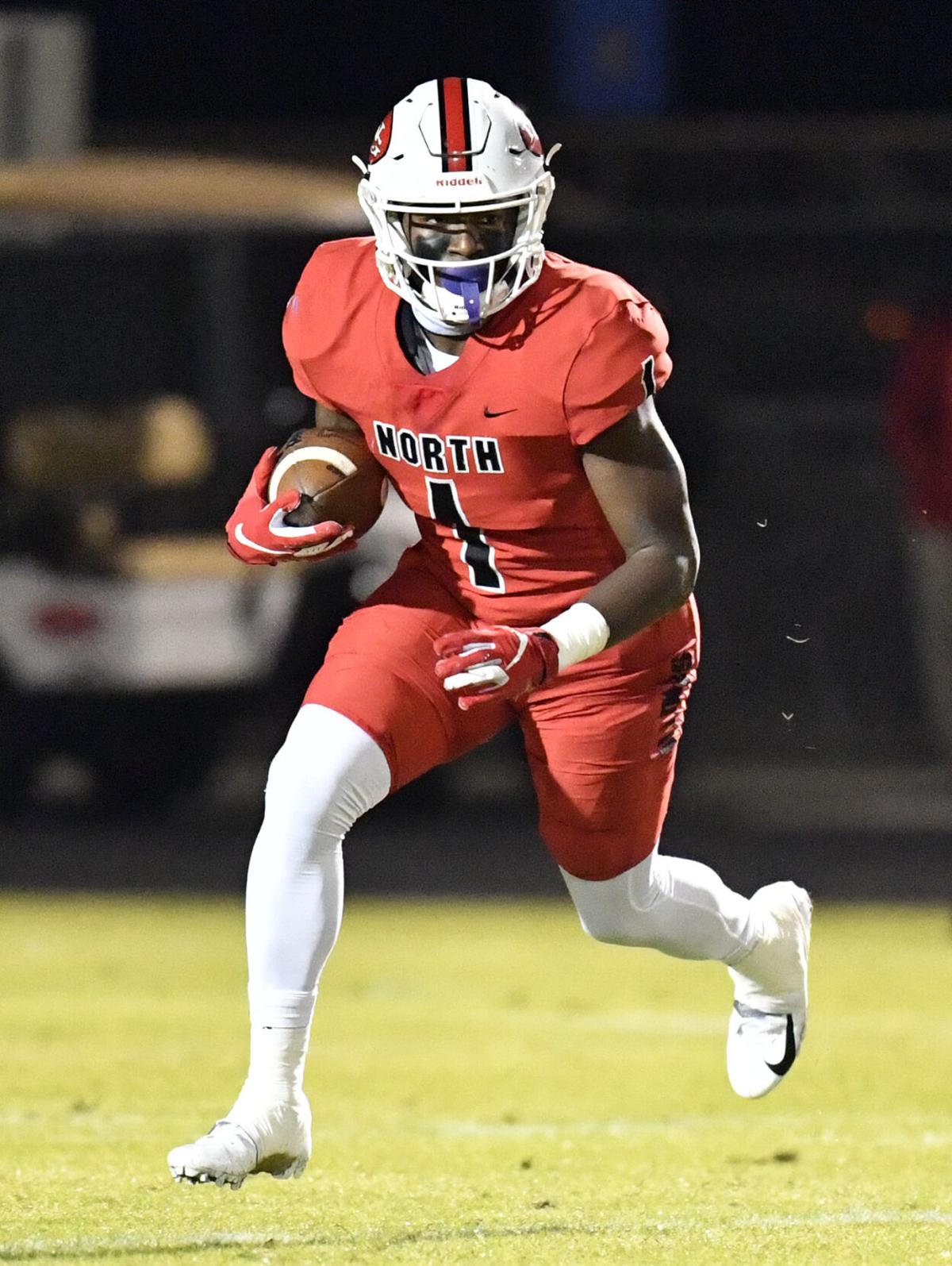 North Gwinnett’s Barrett Carter (1) finds running room and picks up a first down during a Nov. 6 game played at North Gwinnett High School. 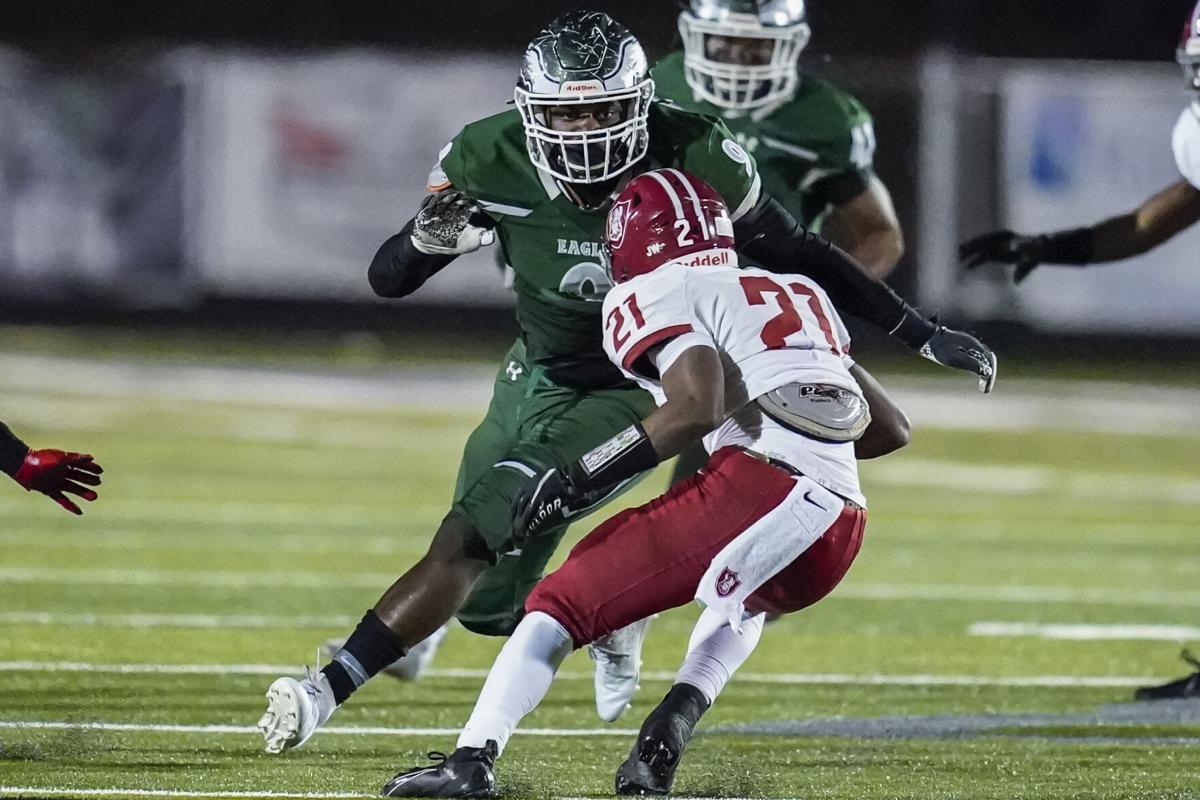 Collins Hill’s James Smith (9) closes in on a tackle against Lowndes in the Class AAAAAAA semifinals. 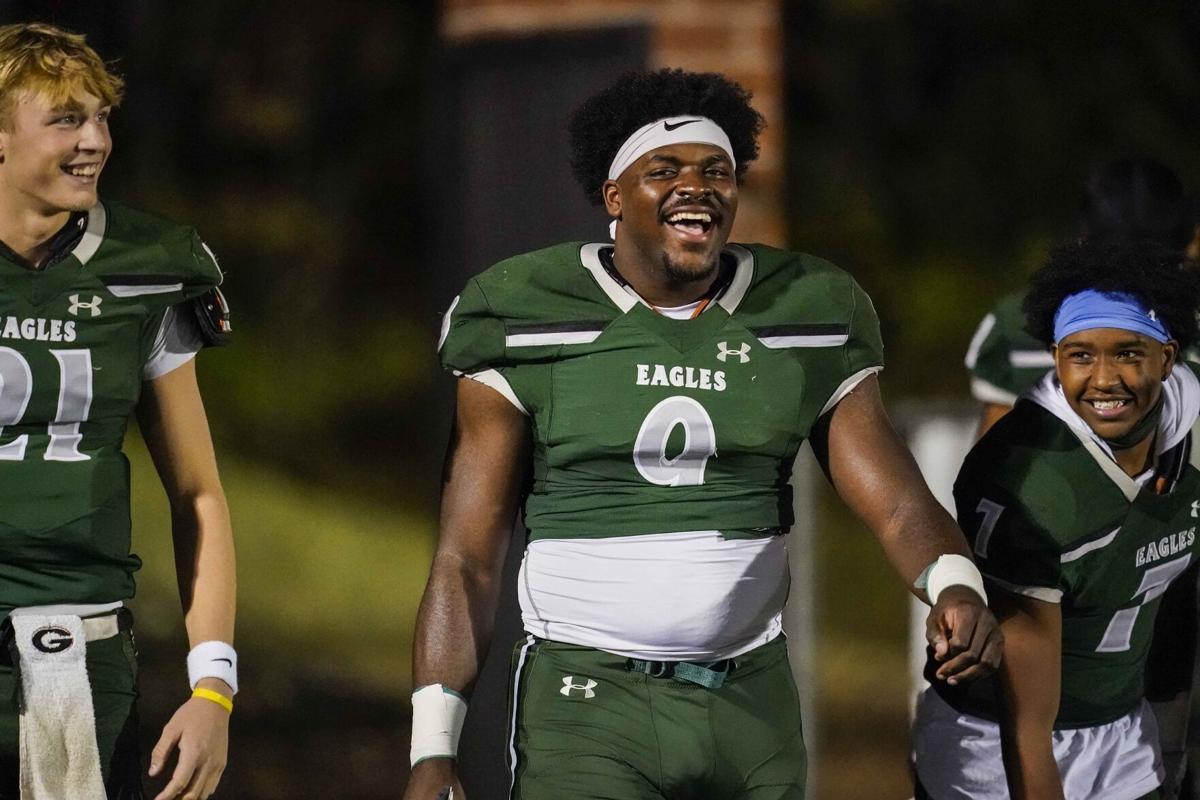 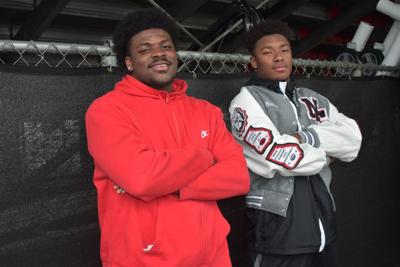 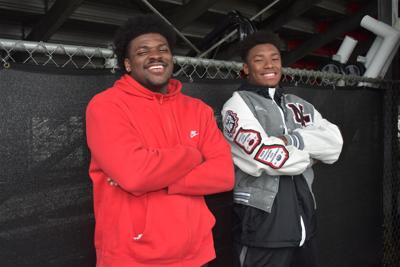 North Gwinnett’s Barrett Carter (1) finds running room and picks up a first down during a Nov. 6 game played at North Gwinnett High School.

Collins Hill’s James Smith (9) closes in on a tackle against Lowndes in the Class AAAAAAA semifinals.

Offensive coaches in Region 8-AAAAAAA can look forward to the 2021 football season with at least one positive — North Gwinnett’s Barrett Carter and Collins Hill’s James Smith will be on college rosters instead of disrupting high school game plans.

Both Carter and Smith, the Daily Post’s Co-Defensive Players of the Year, were major forces as seniors in 2020.

Carter, a Clemson signee, was a two-way threat who recently earned national defensive player of the year honors from the All-American Bowl. He was a playmaking linebacker who delivered at running back in North’s biggest games, all despite fighting a season-long ankle injury.

“In my career, he’s in the top (two-way players),” North head coach Bill Stewart said. “There are not many like him. One thing about Barrett is he’s very fluid. He’s a great athlete. He makes things look easy. That’s just being a great athlete. Character-wise, he is your guy. I’ve got up-and-coming guys that are going to be highly touted and I tell them, and I think it’s the best compliment for Barrett, ‘If you want to model after somebody on how they did it and how it’s supposed to look, he’s that guy.’ Great talent, worked hard. Wasn’t all over Twitter. Didn’t have to do any of that. Just went about his business day to day and was very coachable. When you put all those things together, you’ve got a guy that’s going to Clemson and can go there and actually play.”

Smith, a Tennessee Tech commit, put up astonishing numbers from his defensive end position and helped the Eagles to a Class AAAAAAA runner-up finish, the best season in school history. Collins Hill also won its first region championship since 2013.

“James is really the heartbeat of our defense,” Collins Hill head coach Lenny Gregory said. “You look at a kid who had 61 (tackles for losses). That’s putting the offense behind the sticks 61 times. That just sets your defense up. He’s an incredible leader, a guy who just does it the right way all the time. He’s a great example of a guy who gets it and who has great leadership.”

Carter was asked to do more than ever as a senior at North, which had to replace a number of graduation losses from the season before. The coaches turned to their star linebacker in the obvious role as defensive leader, but they also relied on him to spark an offense that struggled at times in 2020.

He finished with 49 tackles (seven for losses), six sacks and an interception on defense, while rushing 52 times for 440 yards and 11 touchdowns at running back. In the state playoff opener, he had three sacks and recovered a fumble, and rushed 17 times for 202 yards and four TDs in a victory over Cherokee.

His season was impacted when he rolled his ankle during a training session after North’s first game. He still isn’t allowed to run, only lift weights, as the ankle heals up.

“I ended up breaking it, but I got to play on it,” Carter said. “It was very annoying. Even though it somewhat healed, it was always just there. It was just something I had to fight through. It wasn’t that bad, but it was always there.”

It didn’t stop Carter from another stellar season, his last as a two-way player. The 6-foot-1, 220-pounder will transition to full-time defense at Clemson.

“I know Clemson saw it and I think Clemson has already alluded to it is that he may play safety,” Stewart said. “I never felt like I was locked into where he couldn’t just go cover a receiver. As big as he is, he also had the ability in 7A to do that. When you get Division I-A football, you have to be able to do that to be able to win games at a high level. He’s able to do that. He’s physical and he’s a good tackler because of the work in the weight room. He’s a 1,000-pound guy (in lifts), which gave him more ability to tackle. So a good guy in space on top of being able to physically fit in the box.”

Carter said he isn’t headed to Clemson with a true position locked in.

“They didn’t really pinpoint an exact position,” he said. “They’re just going to use me in a numerous amount of ways. Maybe that’s safety, linebacker, inside, outside. Really just all around the field.”

“It’s really surreal. It really flew by,” Carter said of high school. “Everyone says high school goes by so fast. I didn’t really believe it. But now I truly see it. It was a great experience, but it flew by really fast. … It was huge to be a part of this program. This program is so focused on developing you as a man outside of the field and as a great football player. The fact that you balance both of those. You get great academics and athletics at North Gwinnett.”

Smith had an equally enjoyable experience at Collins Hill, though he didn’t grow up in the cluster like Carter did at North. The 6-foot-2, 250-pound defensive end is from Brooklyn, N.Y., where he began football as a 5-year-old and played through eighth grade but focused more on basketball in ninth grade because his high school didn’t offer football.

He moved into the Collins Hill district during the second semester of his freshman year when his family moved to Georgia, then he joined the Eagles’ football practices the summer heading into his sophomore year. Georgia football was at a higher level than he was used to in New York, and he admitted his dedication to football wasn’t there at first.

“I tried out (that summer), but I didn’t like it and I didn’t want to play, so I would not show up,” Smith said. “I had a meeting with coach and all, and I decided to really lock in and take it seriously. I’ve just been growing from there. … I would have never been playing football (in New York). I was playing basketball. I wanted to play football, but when I started at first I didn’t take it serious, so I was sort of behind. Then I realized I’m actually pretty good at it so I continued and played and now look where we are.”

Smith’s rise to key player started with a breakout junior season in 2019 when he had 63 tackles and 10 1/2 sacks, fifth-best in Gwinnett.

“It was a big transition for him at first. When he came down here, he’d never been in weight training,” Gregory said. “Just the difference of football between New York and down here is just night and day. It took him a little time to adjust. We knew immediately he was going to be a player. He just needed to be in the weight room and get some time. In the spring of his sophomore year, we went through spring ball and he had a great spring ball.

“He was No. 9 (for his jersey number) in the spring and we went all summer long and got to the first scrimmage game with Alpharetta his junior year and he tried to put on No. 9 and it didn’t fit because he had gotten that much bigger over the summer. He had to wear No. 7 his junior year. This year in the offseason we went and bought a bigger No. 9 so he could wear the number he wanted. He’s made a lot of progress. As good a player he is, he’s an even better kid.”

Smith’s presence was huge during the Eagles’ run to the 2020 state championship game, both with his leadership and with his play. In addition to his 61 tackles for losses, he had 17 sacks and 40 quarterback hurries, and finished with 180 total tackles (168 solos).

“(Smith) forced the quarterback to throw me eight interceptions, so that was good for me and him,” Collins Hill defensive back Travis Hunter said.

The defensive stats, particularly for a lineman, were eye-catching.

“To be honest, sacks were my main goal and everything else just started coming,” Smith said. “I just focused really on playing and winning the game and just doing me.”

Despite the production — 27 1/2 sacks over the past two years — college recruiters from the major conferences haven’t given Smith an offer. He committed to Tennessee Tech earlier this month, and his high school coaches said that’s a huge recruiting win for the Ohio Valley Conference program.

“It’s a crazy world right now in recruiting (with COVID-19, seniors returning for an extra year and a busy NCAA Transfer Portal),” Gregory said. “Tennessee Tech’s a good program with a great coaching staff and James is going to really, really do good in the OVC. He’s going to kill it up there. I think Tennessee Tech is getting a Power Five kid.”

The Daily Post's selections for the best in Gwinnett high school football from the 2020 season.