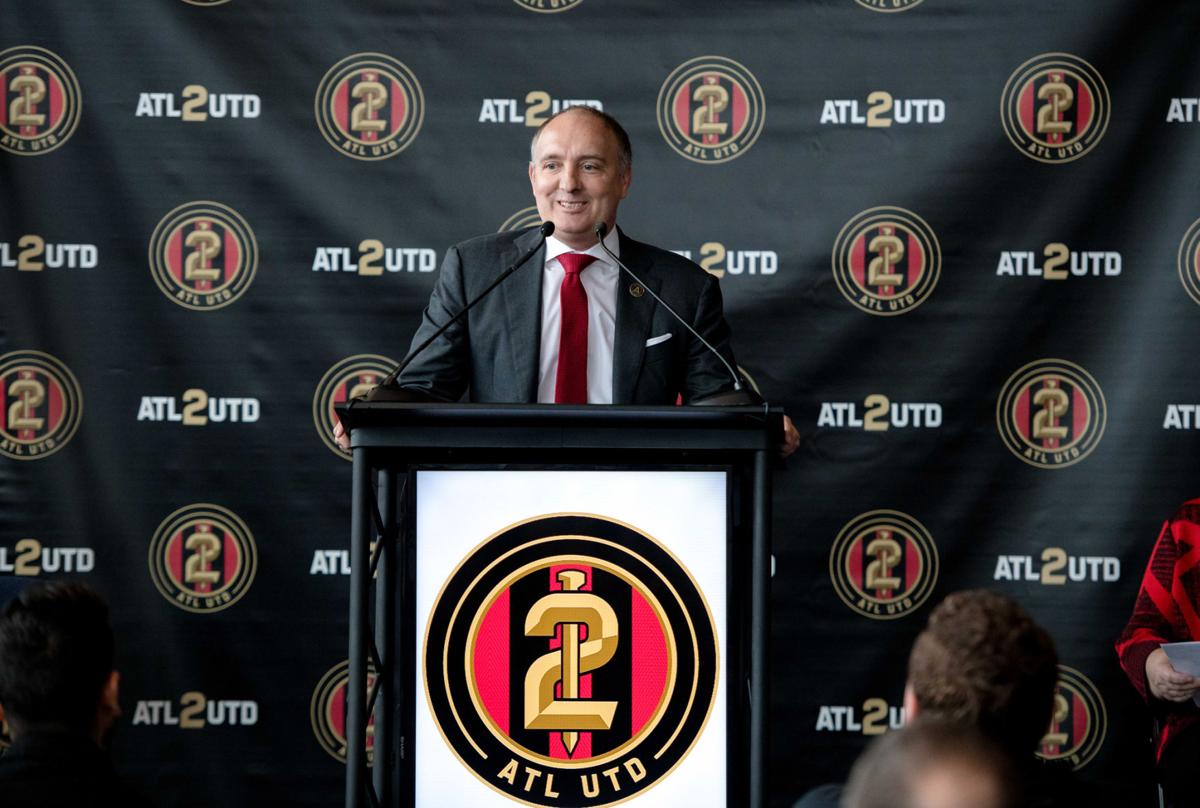 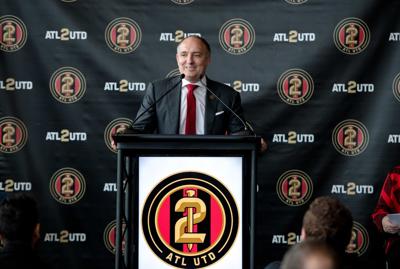 Atlanta United president Darren Eales discussed during a press conference Thursday afternoon the fortune he opened from his cookie for lunch: “Expect great things, and great things will come.”

“I don’t know if I believe that,” Eales said. “But there’s a quote for me that I like going through life… ‘it’s better to fail aiming high than to succeed aiming low.’”

Eales said Atlanta United focuses on aiming high even as a relatively new team. He said the club has set their sights so high that even failing “will have an echo of glory.” Atlanta United parted ways with former head coach Frank de Boer in order to keep reaching for that glory. Eales introduced interim head coach, Stephen Glass, officially during the conference.

Glass served as the head coach ATL UTD 2 since the beginning of the 2019 season. He joined Atlanta United in August 2018 as a coach for the Academy. He had a prominent professional playing career with Aberdeen, Newcastle and Watford.

“Stephen played at the highest level, played under some good managers, knows Atlanta United and the style and the philosophy since we started the club that we would like,” Eales said.

When asked about the future and permanent coaching search, Eales said the club doesn’t have to rush the search and can take its time to get the right person to lead the club moving forward. He feels confident in Glass holding down the club until any permanent decisions are made.

“For me, to have that safe pair of hands there available on an interim basis while we carry out our search for the permanent head coach is a blessing for us,” Eales said. “We have someone that motivates the guys, re-energizes them and gets them out there.”

“Football, like anything in life, is a dynamic situation. It’s never binary and things change and evolve all the time,” Eales said.”For me, it was really about the direction of travel… it was clear from my perspective from a direction of travel that it was time to make the change.”

Glass believes in his group of players, and knows that they are capable of more than they have been given. He is passionate about giving them that opportunity, and is proud to have the position.

“It’s probably one of the proudest moments I’ve had,” Glass said. “This year is stranger than any. It’s difficult to go home and see the family...it’s impossible to get home, and I can’t get back...so the fact that something like this happens and now we can give our family something to be proud of.”

He hopes to help rejuvenate the club and push the players to play attractive soccer again. He realizes fans expect attacking football — shots, crosses and playing towards the goal, which are also his expectations. Glass hopes he can just get the team to have fun again.

“There’s a freedom needed to be given to the team,” Glass said. “Obviously there needs to be some structure and there’s got to be tactics around it, but there’s got to be an understanding for what playing for Atlanta means.”

Glass said he already sees that his team wants to work, be better as a group and trusts the new coaching.

A record number of people are giving up their US citizenship, according to new research. Here's why

Police charged a California woman with murder after she gave birth to a stillborn baby. Now the state's Attorney General is condemning it