You are the owner of this article.
Edit Article Add New Article
You have permission to edit this article.
Edit
Home
News
Sports
Entertainment
Opinion
Obituaries
Community
Multimedia
Podcasts
Marketplace
Help
CollegePodcastPrepProfessional
1 of 2 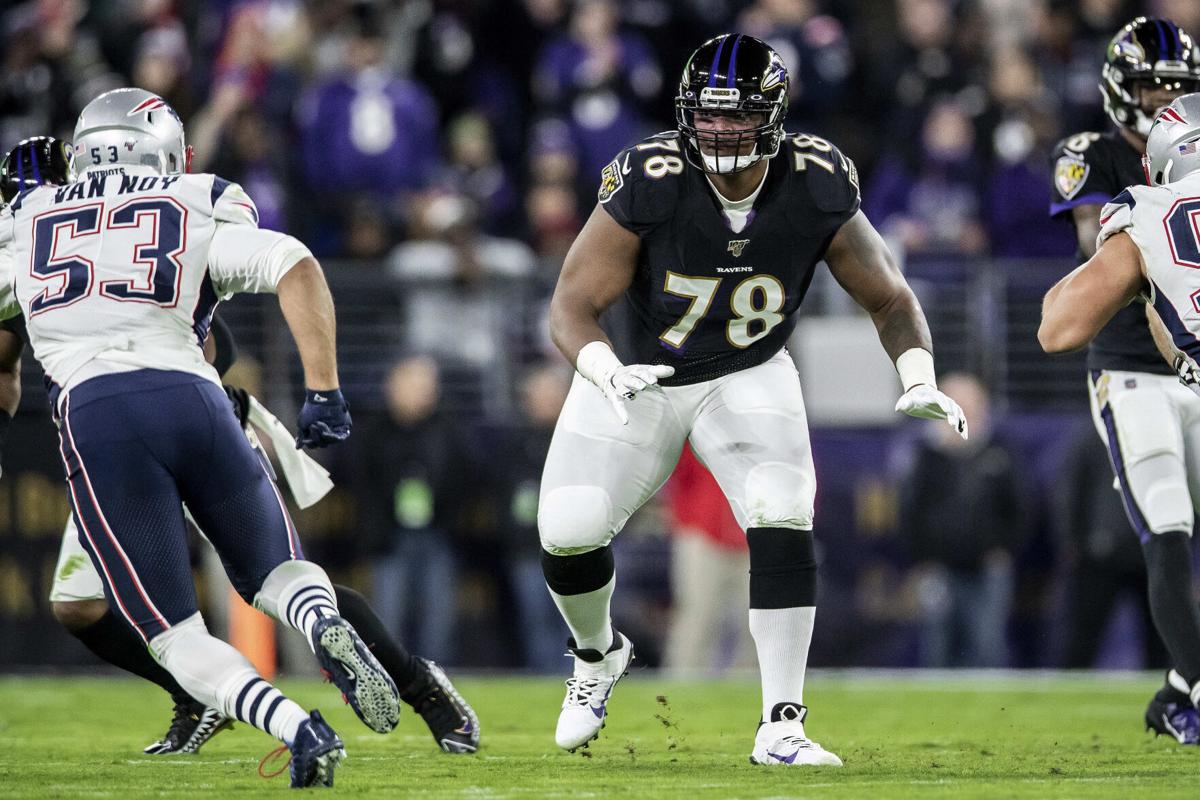 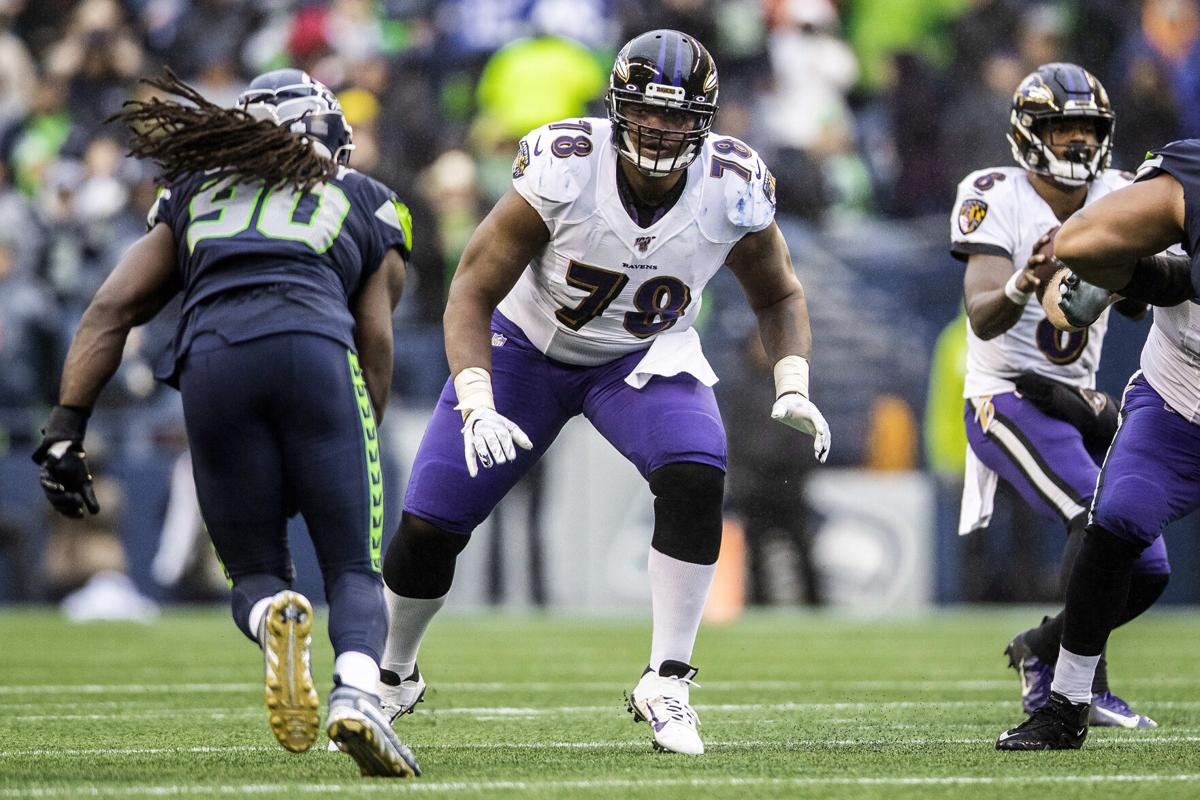 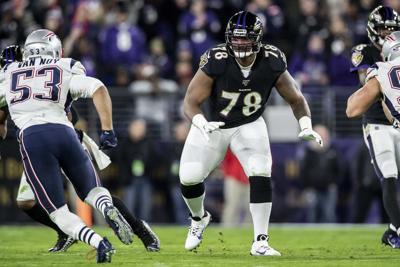 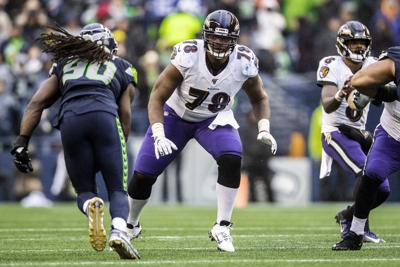 Coming off the best regular season in franchise history and led by the NFL’s reigning MVP, quarterback Lamar Jackson, the Baltimore Ravens’ expectations are predictably high for the 2020 season.

Pegged by many as both the favorite for a third straight AFC North title and as the Super Bowl frontrunners, they are in that role largely because of Jackson’s playmaking and an offense that led league in scoring (33.2 points per game) in 2019. One of the vital cogs in that offense is Peachtree Ridge graduate Orlando Brown Jr., Baltimore’s starter at right tackle.

Brown, who made the Pro Bowl in his second NFL season, is aiming for even better in his third season, both with his play and with his leadership.

“I think he’s a natural leader with his personality, and that really hasn’t changed, he’s the same guy,” Ravens head coach John Harbaugh said this week during a break from the team’s training camp. “He’s into it. He really is motivated. He wants to be a great player. He’s in there working with the guys, and I think he’s the same guy, but more mature, better, just because he’s another year into it. He’s only going to continue to get better, so all plusses with Orlando.”

The Ravens got a steal in the 2018 NFL Draft when Brown, projected as a first-round pick after a decorated college career at Oklahoma, slid to the third round because of subpar NFL Combine workouts. He stepped in immediately as a rookie and started 10 games, and followed that up with his Pro Bowl season for a Baltimore team that finished the regular season 14-2.

The 6-foot-8, 355-pounder’s role as a leader has grown out of necessity this year with the retirement of the player who lined up next to him the past two years, offensive guard Marshal Yanda, an eight-time Pro Bowl pick and a likely Pro Football Hall of Famer in the future. Brown just turned 24, but he is an important piece of the line.

“It’s only natural, I think, as a football player that’s been in a system for three years, to want to be a better player, to want to be a better leader, to go on and do better as I get older,” Brown said this week. “What Marshal did here, it’s going to be so hard to replicate. It doesn’t matter, really, who you are and what you’re capable of. He was just so important and so special to our offensive line room, as well as the franchise. Just the lessons and things he taught me as a young player through the first two years of my career … Just an understanding now and creating it and living your life a certain way to where you’re productive as an offensive lineman, as a football player. It’s hard to replicate what he was.

“At the end of the day, I’m approaching this year with the mentality that I have to get better. Obviously, I didn’t do everything that I needed to do to help us win against Tennessee (an upset loss in the 2019 Divisional game). At the end of the day, that’s the ultimate goal — win a Super Bowl. Whatever that is, whatever the coaches want from me, whatever the team wants from me, from myself, I want to be a better player and I want to be a better leader.”

The Pro Bowl selection validated Brown as one of the NFL’s top right tackles, but he still sees other players he is chasing at the position.

“I’ve still got a ways to go,” Brown said. “At the end of the day, your top guys are your top guys, and they’ve been consistent. They’ve been proven over the years, over the last four or five years, and that’s (the Saints’) Ryan Ramczyk, that’s (the Raiders’) Trent Brown, that’s (the Cowboys’) La’el Collins, that’s (the Chiefs’) Mitchell Schwartz, it’s a long list of guys … (the Eagles’) Lane Johnson. It just keeps going. But there are guys who have been in this league longer than me and have been just as productive and more consistent over the years. I’m not there yet. At some point, I’ll get there. That’s where I’m working to get — is chasing the guys at the top. At some point when you get there, elevating your game even more.”

Like others in the NFL, Brown’s offseason was odd because of the COVID-19 pandemic. With team facilities off limits, players spent more time than usual training on their own and less time on the field with their coaches.

Things are still far from normal around the league, but Brown and the Ravens are looking ahead to the season.

“I trust the guys in this building,” Brown said. “They trust us, our coaches are trusting us, the front office is trusting us to make sure that we continue to maintain our negative test results as a team. It’s scary, in a way, because we don’t understand the effects of this virus long-term, from an individual standpoint. If I get it, is this something that’s going to affect me for the next 10 years? Where (as) if somebody else catches it, it may only be for five or six months. That’s really just where all the uncertainty, for me, kind of comes from. Ultimately, I’m locked in for the season. I’m ready to play some ball. It’s unfortunate that things haven’t been taken care of from the virus standpoint and we’re not able to get it under control, I guess, as a nation. Hopefully, we get to that point. Right now, I’m really focused on being ready Week One, and taking it week-by-week.”

Pregnant women with Covid-19 may be at increased risk of preterm delivery, CDC study suggests