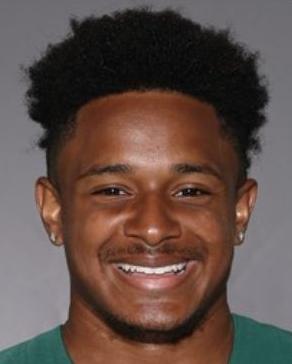 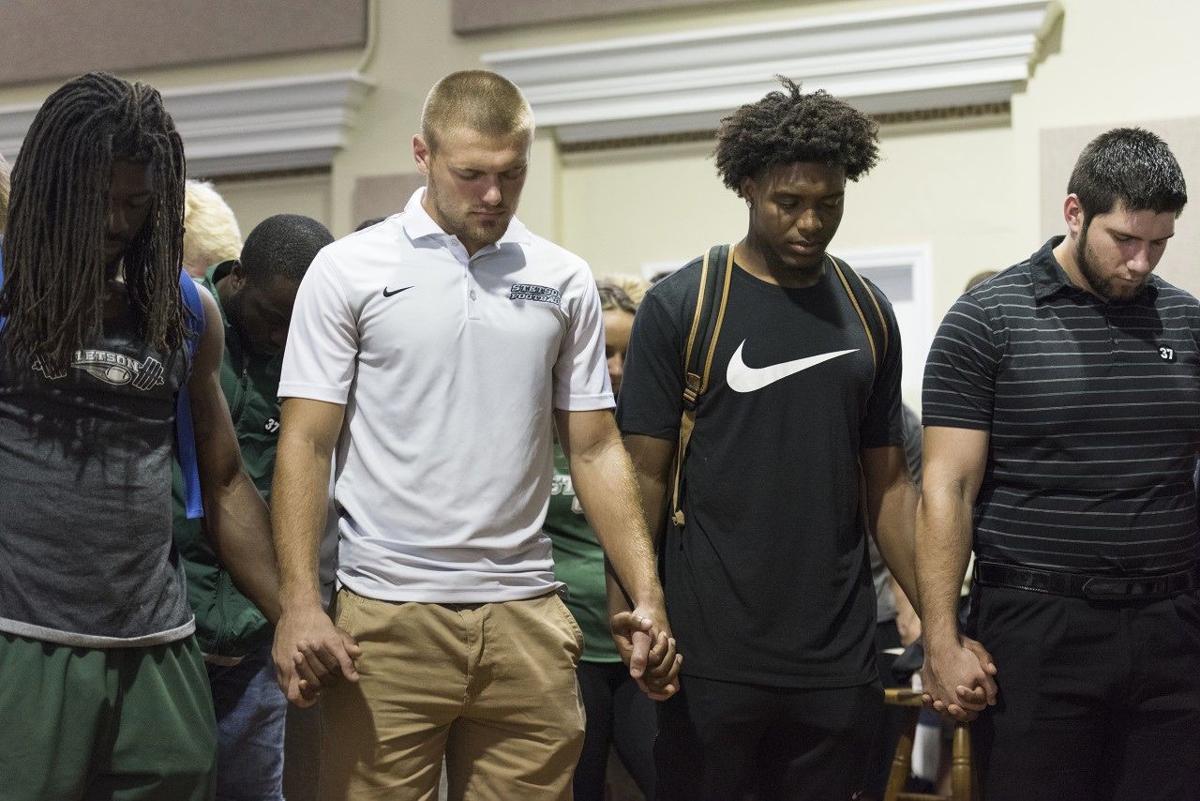 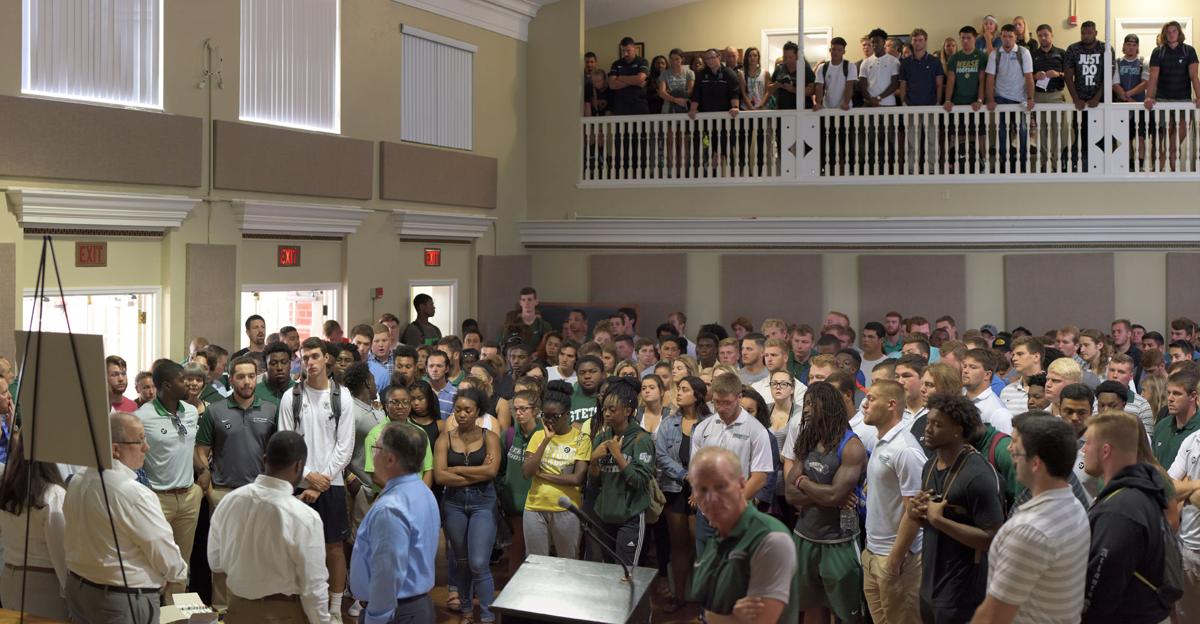 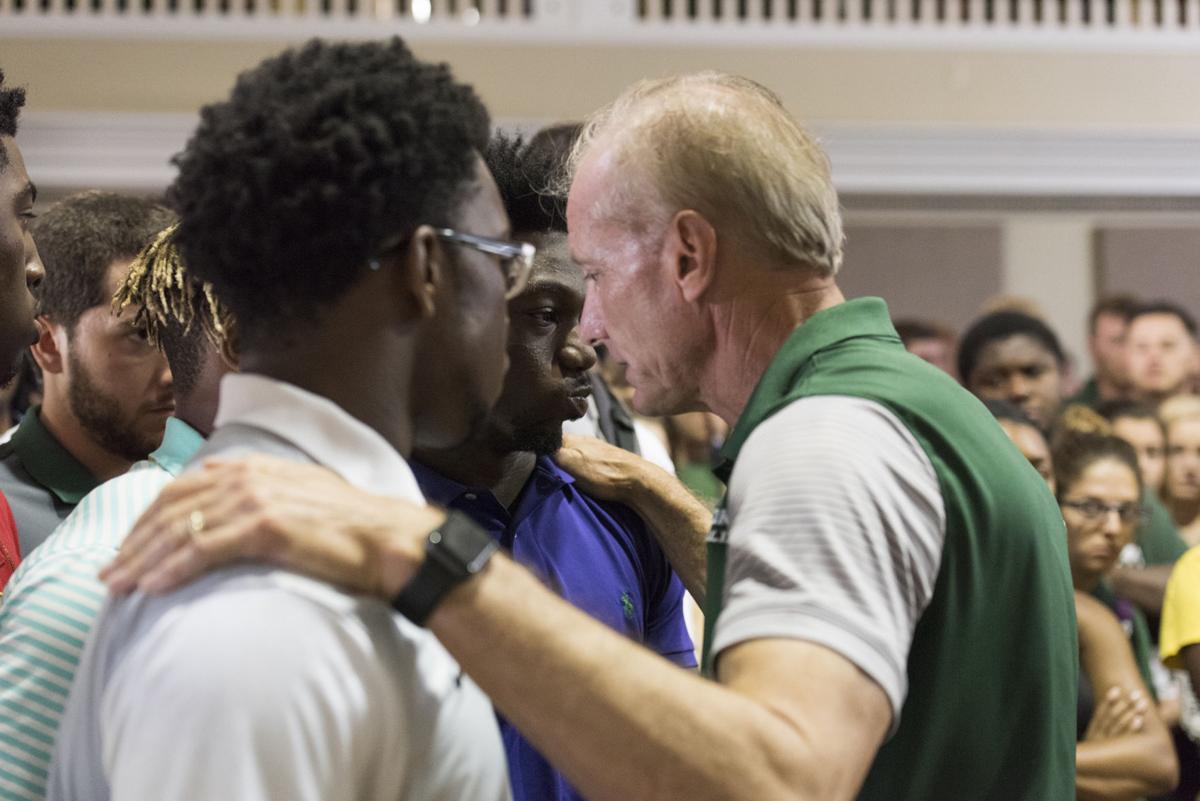 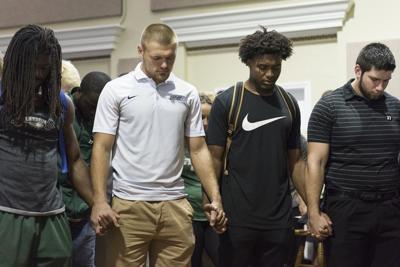 Blakely, 19, sat out a redshirt season in 2016 and was in preparations for his first college action. He was a three-year letter-winner at running back and safety for Archer, helping the Tigers to a state runner-up finish in 2014, before joining the Stetson program.

The 5-foot-10, 205-pounder was taken to Florida Hospital Deland after his collapse, but school officials were not certain if he passed away at the hospital or before he arrived.

“(Blakely) had just started practice and he had complained he was not feeling well, so he was sidelined to rest and at some point he stood up and said he was still not feeling well and collapsed there on the field,” said Janie Graziani, assistant vice president for marketing media relations at Stetson. “An ambulance was called and he was taken to the hospital and passed away. All we know at this point is he complained he wasn’t feeling well.”

Blakely, an accounting major, was a sophomore academically, but had not played football at the college level yet. That was about to change for the redshirt freshman with Stetson, which opens the 2017 season Saturday at Sacred Heart.

“He was redshirted last year so this would have been his first year to play for us,” Graziani said.

Stetson plans to honor Blakely with a memorial service and in other ways, but those haven’t been fully discussed given the sudden news of his death. An informal gathering of Blakely's friends and colleagues will be held at Stetson's Allen Hall on Tuesday at noon.

Archer also mourned the loss of a beloved former student, flooding social media with memories, photos and messages. He remained friends with many in the community, including some current Tiger players.

"Our hearts are broken with the loss of Nick Blakely," Archer head football coach Andy Dyer said. "Our thoughts and prayers are with his family, his Archer family and his Stetson football family. The Lord used Nick to touch a lot of lives, including my own. Nick was a super young man with a million-dollar smile. We will all miss him tremendously."

"He always had a smile on his face, always had a smile," his mother told Fox 5 Atlanta on Tuesday. "I’ve just read so much on what an impact he made on people when he talked to them. He was there for others. That’s what I loved about him."

"He was a hard worker all the time," his father said in the Fox 5 interview. "My son set his goals high and he didn’t back down. He was doing what he really loved at the time when he met his maker."

The school released a statement Monday night that Blakely's parents have been notified, and that Stetson head coach Roger Hughes has informed the football team. Athletic director Jeff Altier is informing members of the athletic department, and the university is contacting Blakely's teachers. Counselors have been on hand to work with the football team.

From a local dancing teen whose video went viral to multiple tragic deaths, here is a look at the ten most-viewed stories during 2017 on the G…