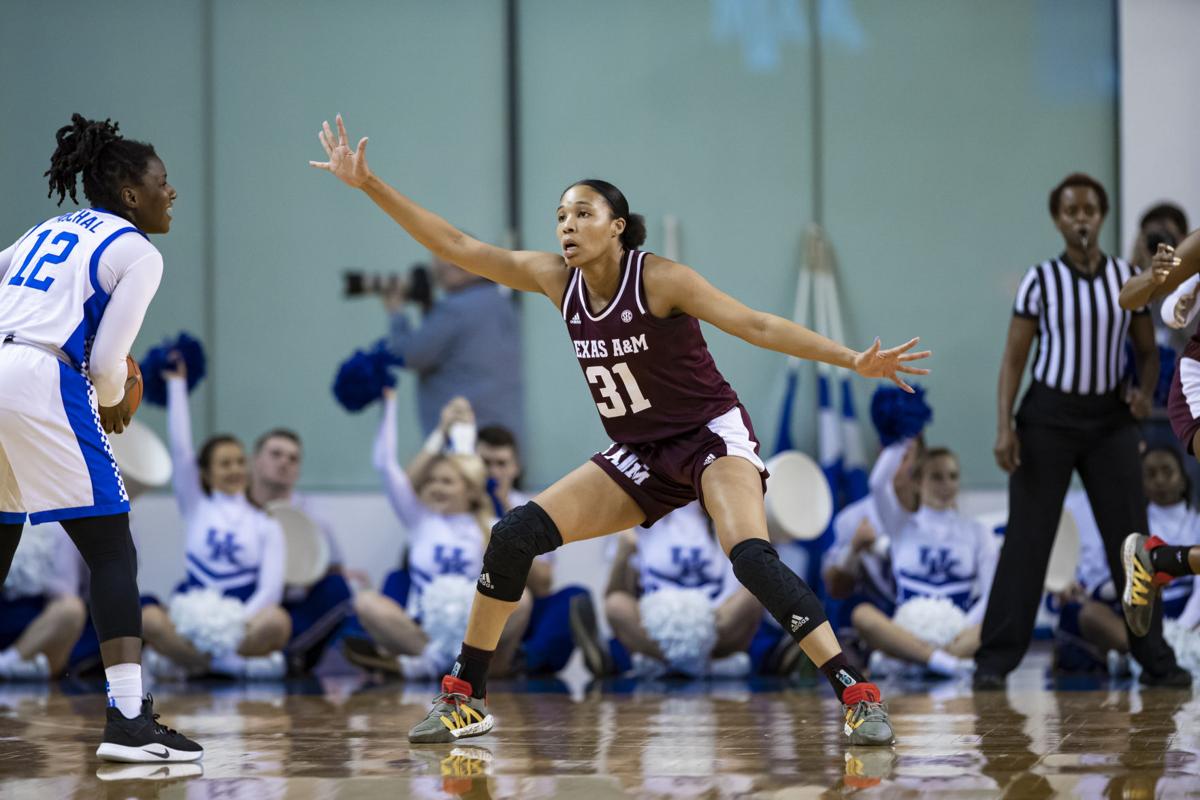 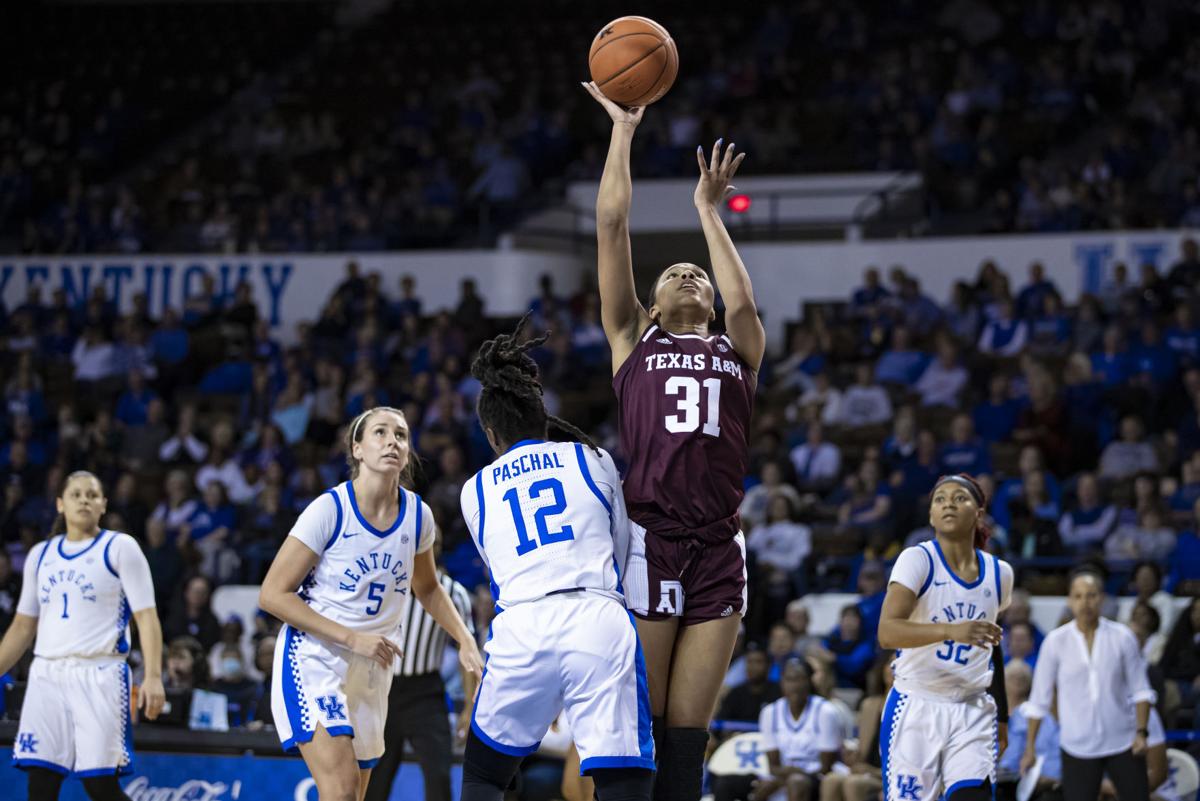 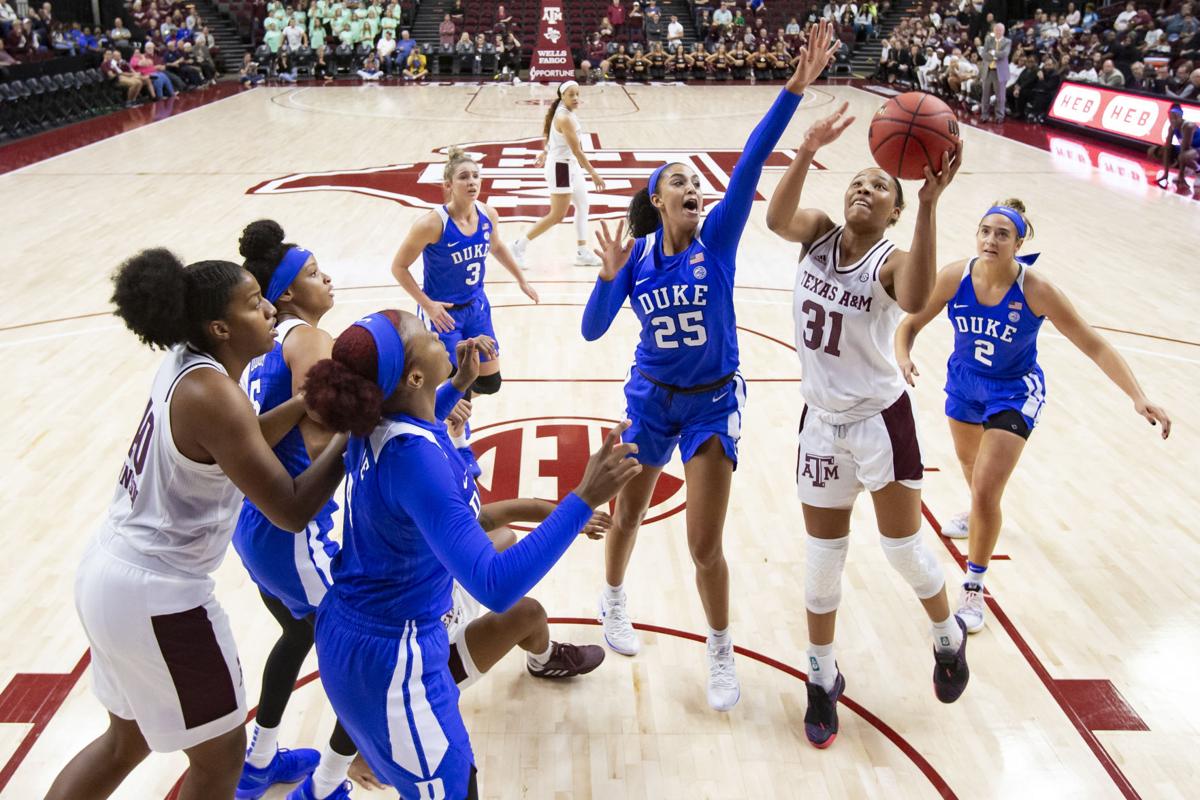 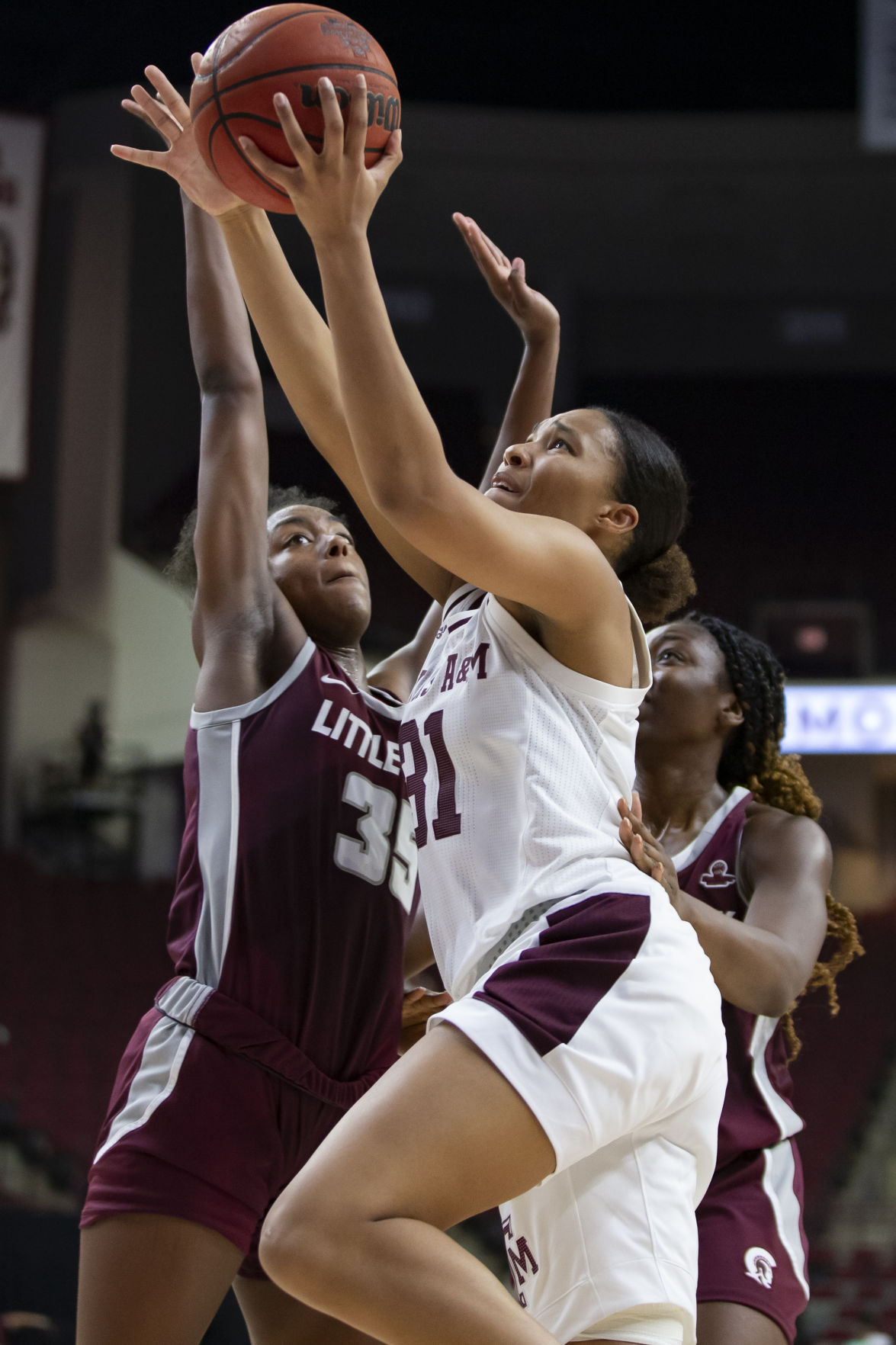 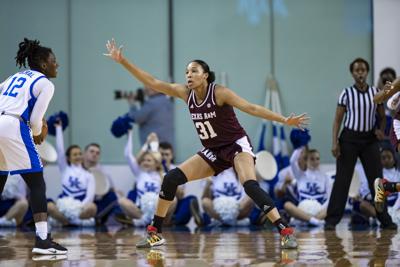 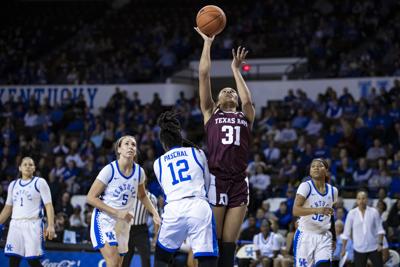 The Brookwood grad leads Texas A&M in rebounding and is second in the SEC. Perhaps that’s not a surprise for a player who broke Maya Moore’s county rebounding record. She’s also averaging 11.3 points per game as a junior.

“Sometimes I’ll hear comments like, ‘Oh, you do that all the time,’” Jones said. “It takes a lot to get those, especially my rebounds. I have to chase a lot of them down.”

Jones’ run got to six straight in a win over Florida on Jan. 19 with 19 points and 13 rebounds.

It didn’t take long for the 6-foot-2 forward to start drawing double teams because of the double-doubles.

“I credit my teammates for getting me the ball in the right positions and reading the defense behind me,” Jones said. “They help me with boxing out if we go up against another really good rebounder.”

Jones had a height advantage in high school, but understood that wouldn’t be enough on its own — especially once she got to college where many players top 6 feet.

“Even though I was one of the tallest people in the county, which made it a lot easier to rebound, I had to learn to really work on things, especially footwork,” Jones said. “A lot of times, I’ll get my rebounds when (the shot is) short so I had to work on being more physical to push somebody out under the basket or just getting side by side so we have a 50/50 chance of getting it.

It’s an art and it’s an effort.

“Sometimes you just have to have heart,” Jones said.

As a freshman in College Station, Jones played in 23 games and averaged 9.5 rebounds per 40 minutes, which was second best on the team.

“I was playing behind Anriel Howard so I knew to get on the court, I had to rebound,” Jones said. “I knew she was the rebounding queen. My coach (Hall of Famer Gary Blair) always says you don’t have to be the leading scorer, you can contribute in other ways.”

It wasn’t the first time Jones heard words to that effect.

“One thing my dad really tried to instill in me is that your time will come,” she said. “Some people struggle with not playing as a freshman. He would always say playing time is earned. If you didn’t earn it, learn from it.”

As a ninth-grader in AAU, Jones played behind Asia Durr, now in the WNBA, and Vicki Harris, a Parkview grad who went on to success at Rutgers.

Jones started all 34 games for the Aggies as a sophomore with 7.7 points per game and 11.3 rebounds. During the 2018-19 season, she became the first Texas A&M player to have two games with 20 or more rebounds in a season (vs. Oregon and at Georgia). Jones finished the year with 10 double-doubles, including three during five postseason tournament games. She ranked second in the SEC and 14th nationally in rebounding.

“Rebounding was a way I knew I could get on the court and it just stuck with me,” Jones said. “I just know if I’m not doing anything else, I can rebound and help my team out.

“It helps me on my offensive end, too. If my shots aren’t falling, I can get an easy layup. I feel like my rebounds if I have to chase it down, it kind of energizes me. It gets me more connected to the game.”

Trailing by two with 17 seconds to go, Jones swatted a Khayla Pointer shot and leapt out of bounds to save the ball, getting it to Ciera Johnson. The Aggies couldn’t convert a layup with six seconds to go and LSU held on to the win with a pair of late free throws.

Jones finished with 12 points an 12 rebounds, running the streak to 10 straight.

Texas A&M next plays at Mississippi State on Feb. 9.

Why do we even have a leap year? (Get ready to do some math)

The best prevention against the coronavirus is still washing your hands. Here's the proper way to do it