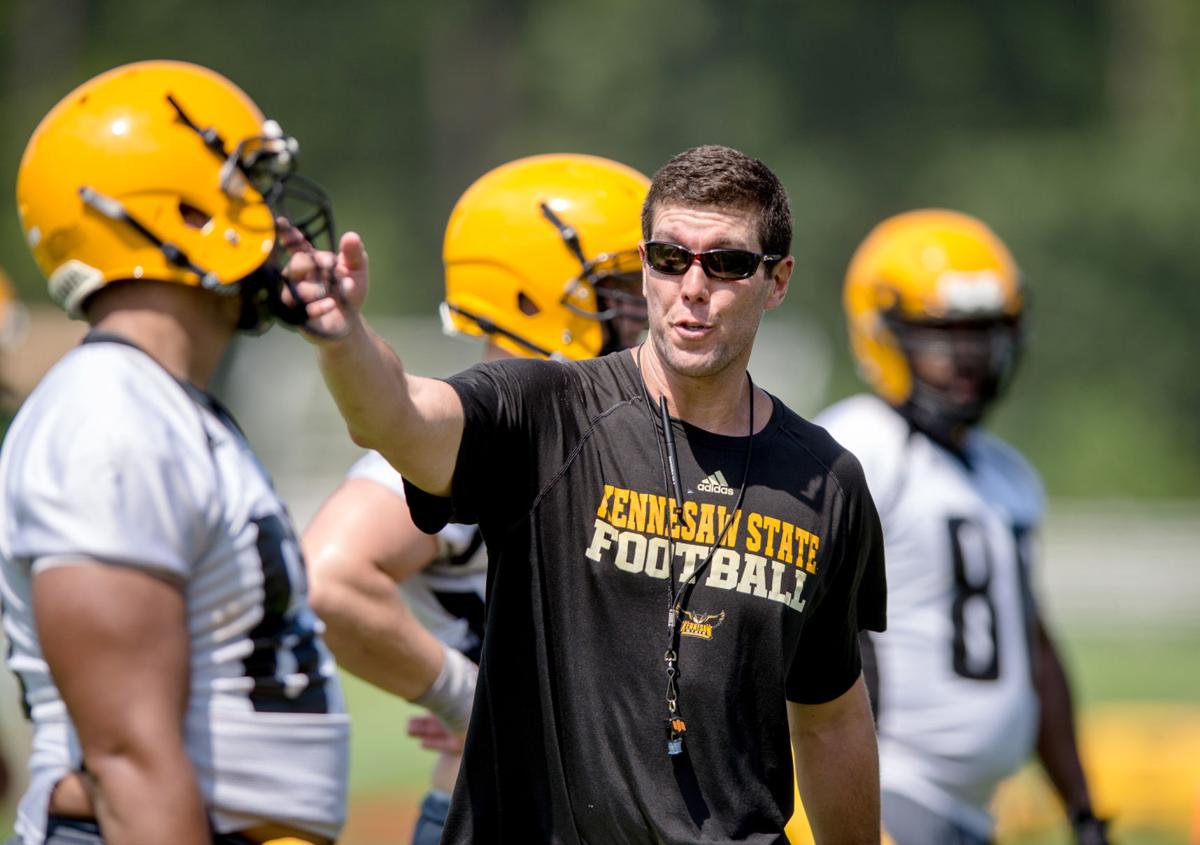 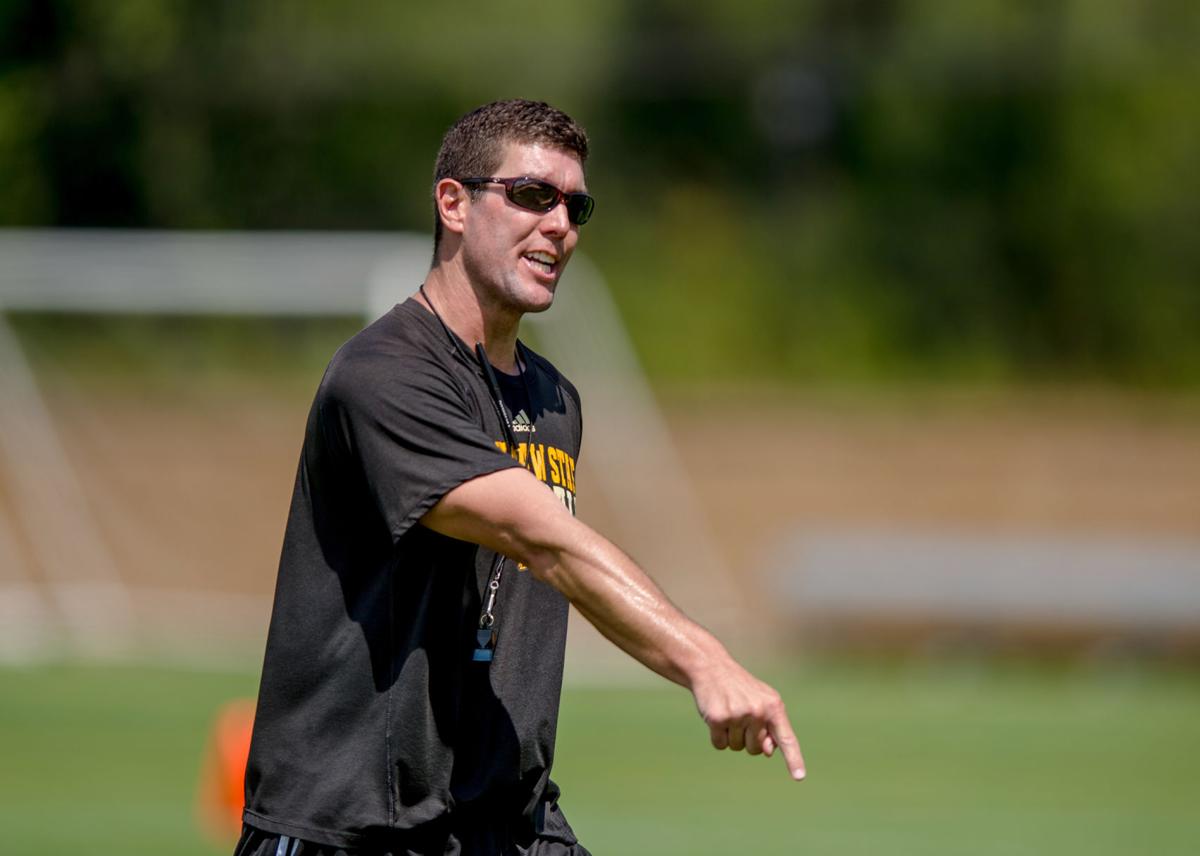 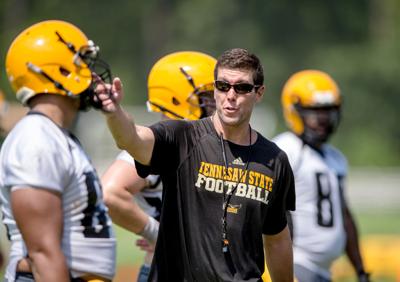 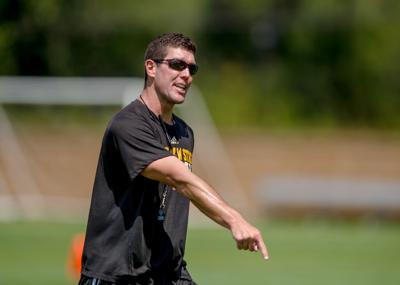 When Brian Bohannon was hired to start Kennesaw State’s football program, the Owls’ first head coach knew he was going to need someone deeply familiar with the spread option attack.

On paper, it seemed like Grant Chestnut was the perfect choice.

A product of a run-based offense while playing high school football at Brookwood, Chesnut got quite the education in the spread option while playing as an offensive tackle at Georgia Southern.

After all, he learned from then-head coach Paul Johnson, who perfected the offense in Statesboro before moving on to the FBS level at Navy, and eventually at Tech, where Johnson served as Bohannon’s mentor.

Chesnut has proven to be just as good a fit into Bohannon’s system as was expected, as Kennesaw State has quickly become an FCS offensive juggernaut since their program began in 2015.

When the Owls open up the 2018 campaign against Georgia State on Thursday night at Georgia State University Stadium in Atlanta, their first game against an FBS opponent, the Snellville native is hoping it will be the first step for the offense taking itself to a new, higher level.

“Offensively, we want to field the most explosive offense we can, and we want to maximize our talent as much as we can,” said Chestnut, who coached on the college level at Presbyterian and in high school at Mary Persons, Camden County, Thomasville, Pickens County and Central-Carrollton. “If that means running the ball, so be it. If that means we have to throw the ball more, we’ll do that. We want to do what we need to do to be the most explosive offense and most dynamic offense in the country and to be able to recruit the best players to help us do that.”

Recruiting was definitely the first task Chesnut, Bohannon and the rest of the Kennesaw State coaching staff faced when they came to campus in spring 2013, two full years before the Owls’ played their first game.

While he knew he and his cohorts had a monumental task building from the ground up in those humble beginnings, he knew the relationships he forged growing up in Gwinnett County, and then coaching at nearly every corner of Georgia, would come in handy.

“When we came in here, it’s going on five years now, there weren’t any players,” Chestnut said. “So we sat out there that first spring and the four guys we had on staff, including myself and the head (Bohannon) and Liam Klein, our recruiting coordinator, and our linebackers coach at the time, a guy named Shane Bowen. Shane’s now the linebackers coach with the (Tennessee) Titans. We all headed out on the road visiting every (high) school in the state of Georgia that plays football. That includes eight-man football schools. So we’re all incredibly invested in what has occurred here these last few years.

“The relationships, particularly over in Gwinnett County and throughout the state, as a coach, you tend to as you work your way up move around a little bit. I think I’ve touched every corner of the state. So the good part about that is that you’re able to build a lot of relationships, and you know a lot of people. That’s definitely been beneficial as we built the program. It’s definitely been a grassroots effort. We’ve been very intentional about walking into every school, shaking hands and spreading the gospel of Kennesaw State. It’s been a great experience thus far. We’ve got to keep working. We’ve got to keep grinding.”

Once the players eventually got to Kennesaw State, Chesnut’s offenses have done an extremely effective job of grinding down opposing defenses.

The Owls set the tone by rolling up 56 points against East Tennessee State in their debut game in September 2015 and eventually put up the fifth-highest single-season rushing yards (3,398) in Big South Conference history, rushing for five 300-yard games on the year.

The second season saw KSU become the only FCS team to rank in the top 10 nationally in total offense, rushing, scoring, pass efficiency and third-down and fourth-down conversions.

Last season, the Owls continued to dominate behind quarterback Chandler Banks, the Big South Offensive Player of the Year, and was a big key in helping the team not only claim its first conference title, but advance to the quarterfinals of the FCS national playoffs and a No. 8 ranking in the final national FCS poll.

But Chesnut said he and his players and coaches are looking for more in 2018, especially with Banks and several other members of the initial recruiting class — such as running back Darnell Holland, receiver Justin Sumpter and linemen C.J. Collins, Joseph Alexander Jr. and Ryan Warrior — all back for their senior season.

“It was a very exciting year (in 2017),” Chesnut said. “A lot of positive things occurred. As far as the offense, these guys have had a ton of reps, particularly the older guys, the guys you call the O.G.s. Those guys have had a large number of reps. They practiced 78 times before playing a game (in 2015). So you’d expect those guys to be able to execute and perform at a high level, and they were able to do that last year.

“Now our goal — or now our challenge, I should say — is to fill in those younger guys that we recruited in recent years and get them up to speed as quickly as possible. That’s the challenge in continuing to maintain our offensive output at a high level. … We’ve got to stay hungry. We cannot be complacent, and that’s the danger for every team that’s experience any kind of success. And the offensive unit is having success. If you allow yourself to get complacent, you lose your edge. You lose your hunger. You lose that chip on your shoulder. e play here with a chip on our shoulder. We coach with a chip on our shoulder. We have a lot to prove. Nobody expects anything of us, and that’s been a great motivator for us. But as we transition into a more experienced program, we’ve put years under our belts, so to speak, we have to be able to transition and stay hungry and keep our edge and not be satisfied with success.”

'White Only' signs for sale at antiques store spark confrontation