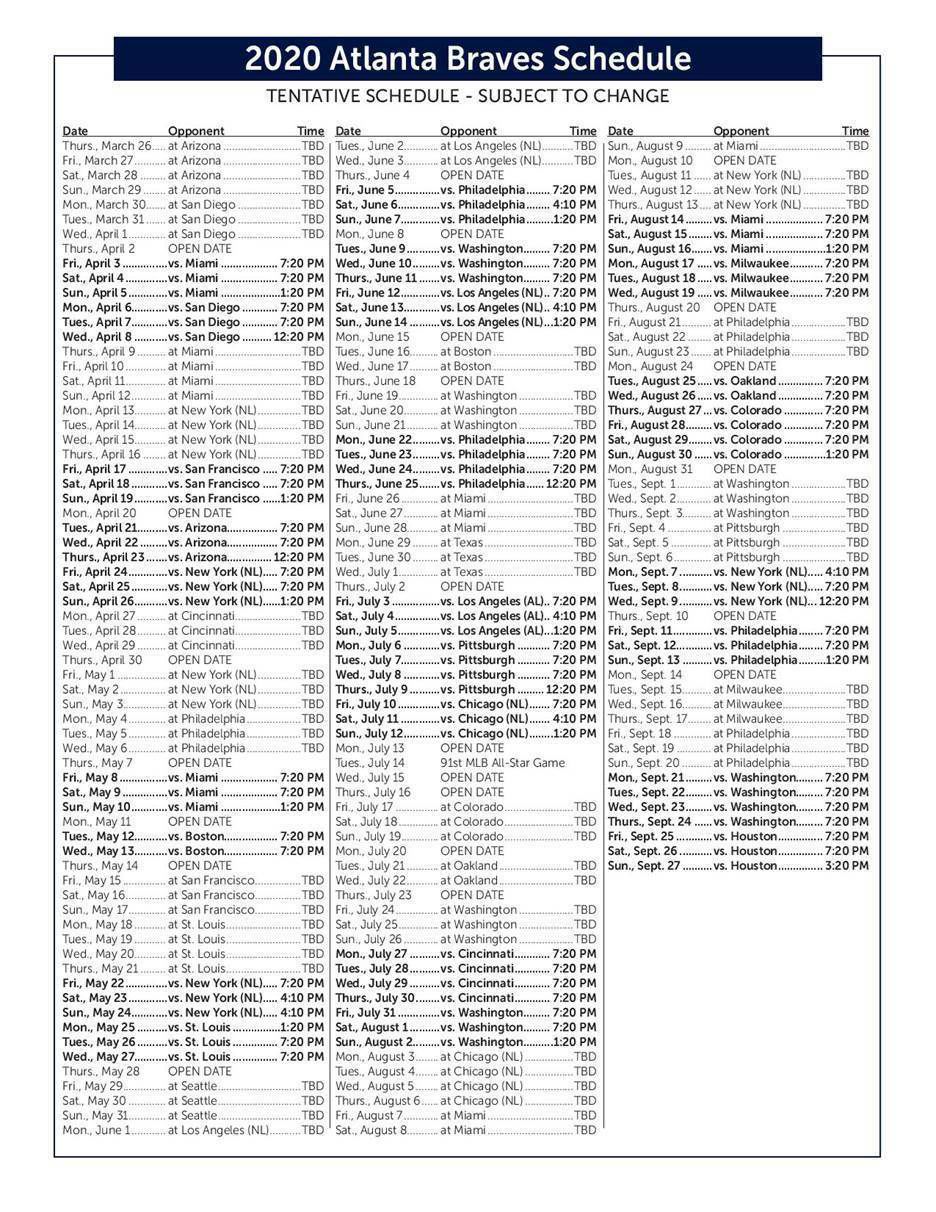 The Braves open the year with a seven-game road trip to Arizona and San Diego before returning home to start SunTrust Park’s fourth season with a three-game set against Miami.

The Braves are set to begin the 2020 season on Thursday, March 26, with a four-game series at Chase Field in Arizona. It will be the third time in the last four seasons that the Braves have opened on the road.

After three games in San Diego, the Braves’ are set to play their home opener on Friday, April 3 vs. Miami at 7:20 p.m. The Braves’ first homestand of the season will continue with two more games against the Marlins and a three-game set against San Diego.

The Braves will play 13 of their final 19 games at SunTrust Park, ending the year with a four-game set against Washington and the three-game set with Houston.

The Braves will continue their interleague rivalry with Boston in 2020, playing a pair of two-game series against the Red Sox. The Braves will welcome the 2018 World Series champions, May 12-13, before traveling to Fenway Park, June 16-17. The rest of the Braves’ interleague schedule features the American League West, including a trip to Texas (June 29-July 1) to play at Globe Life Field, the Rangers’ new ballpark scheduled to open in March.

A finalized schedule with complete start times for road games will be released later, along with the team’s promotional schedule. The schedule is still subject to change.