DALY: Addressing plant problems not the result of pests

Our home landscape plants and lawns suffer from various problems throughout the year. Many issues result from pests, such as insects, fungal d…

DALY: Several fruits are easy to grow in the home garden

One of the most enjoyable aspects of gardening is harvesting fresh fruit. They have great flavor and are nutritious. Several types of fruits a…

Many of us find it hard to believe that another year is almost over. As we move into 2022, we will be making our New Year’s resolutions such a…

While hiking in a park the other day, I noticed many acorns covering the ground as several red oaks around me were producing a bumper crop of them.

We all love the beautiful flowers of the spring and summer and miss them. The winter landscape can be bare and somewhat lifeless except for ev…

During the holiday, one of the most prominent holiday decorations is the Christmas tree. Their presence graces homes and businesses.

Fall is a great time to install trees, shrubs, and get perennials planted since they will have all winter to become established and have great…

Houseplants provide beauty and interest both inside and out. Most of them are of tropical origin and will perish when temperatures drop below …

DALY: Use local sources of firewood to prevent the spread of invasive pests

Since the cold weather is now upon us, many homeowners are making use of their fireplaces. Nothing beats sitting by a warm fire during a cold … 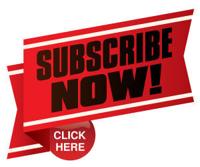 Duluth, GA Kyle Eugene Parrott, 33, of Duluth, passed away on …

Best of the Best Winners

Rental Space available in Norcross,Ga., for small group or ministry