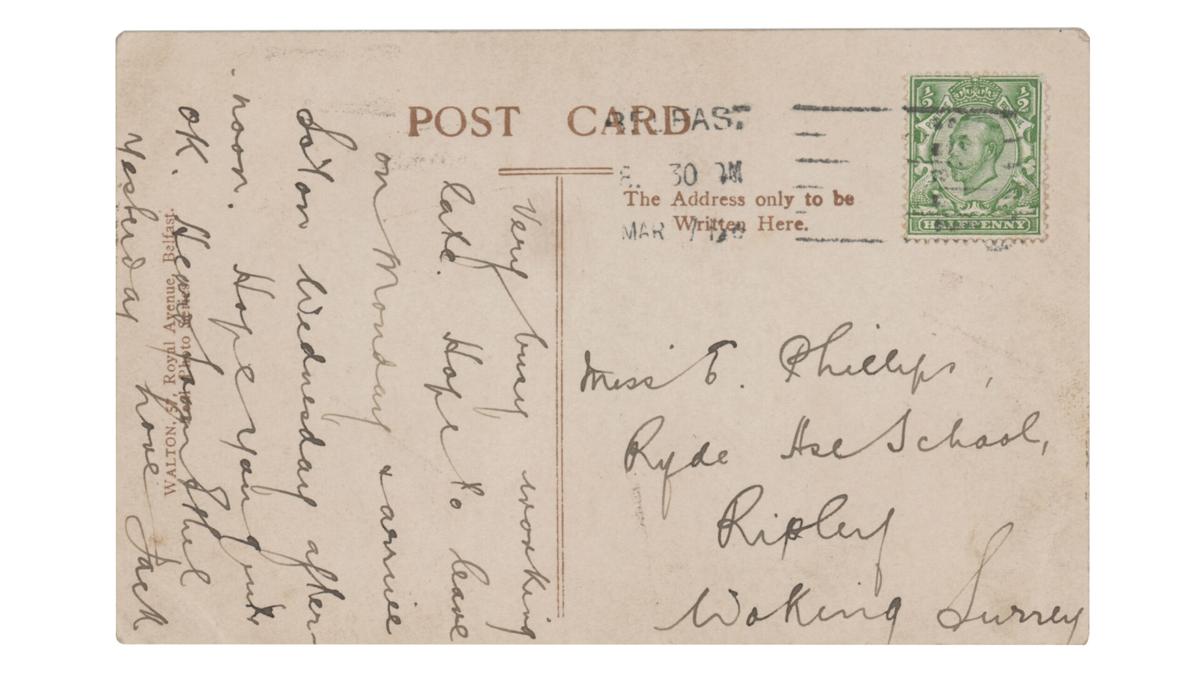 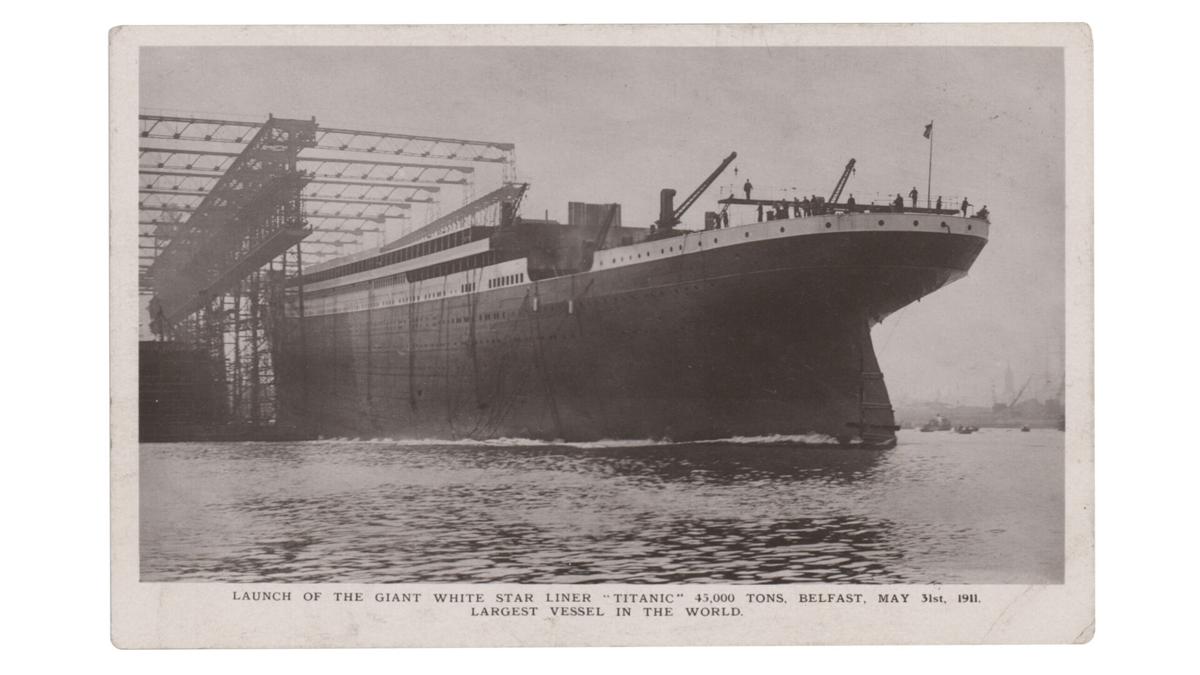 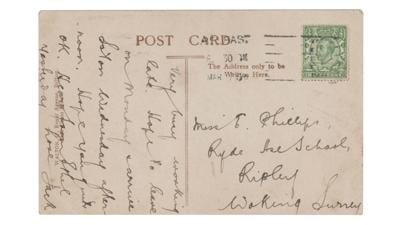 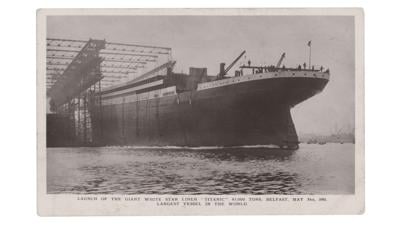 A postcard written by a crew member of the RMS Titanic just weeks before it sank is up for auction and could fetch $15,000.

Jack Phillips, the vessel's senior wireless operator, wrote the postcard in March 1912 to his sister, Elsie, while at port in Belfast, Ireland, where the Titanic was built. Construction was completed at the end of March, and it left the dock on April 2, 1912.

The correspondence, written on a 5.5 inch by 3.5 inch postcard, features an image of the Titanic during its construction and is postmarked in Belfast.

The message ends with the words "Love, Jack."

"Phillips often chose postcards which depicted the ship on which he served," said Bobby Livingston, executive vice president of Boston-based RR Auction, which is selling the card.

"According to our research, only five of the 300 postcards retained by Elsie had any relation to Titanic, and only two featured the ship as the front photograph making this an exceptionally rare example," Livingston said in a statement.

Livingston says Phillips is a forgotten hero who saved many lives as the Titanic started sinking. Phillips worked tirelessly to send messages to other ships to enlist their help in rescuing the passengers and crew.

On the night of April 14, 1912, in the North Atlantic, the Titanic struck an iceberg that would lead to the death of more than 1,500 passengers and crew. According to RR Auction, Phillips, 25, abandoned ship as water flooded his feet. He ended up on an overturned, collapsible lifeboat, where he would die of exposure to severe cold.

The auction of Phillips' postcard is slated to close on April 14. RR Auction says the postcard is estimated to reach $15,000.

This isn't the first sale of relics from the Titanic. In 2015, a first-class lunch menu from the luxury ship was sold at auction for $88,000 along with a letter to a man who allegedly bribed a lifeboat's crew to row away from the ship rather than rescue more people for $7,500.

Spider-Man is heading to Disney streaming