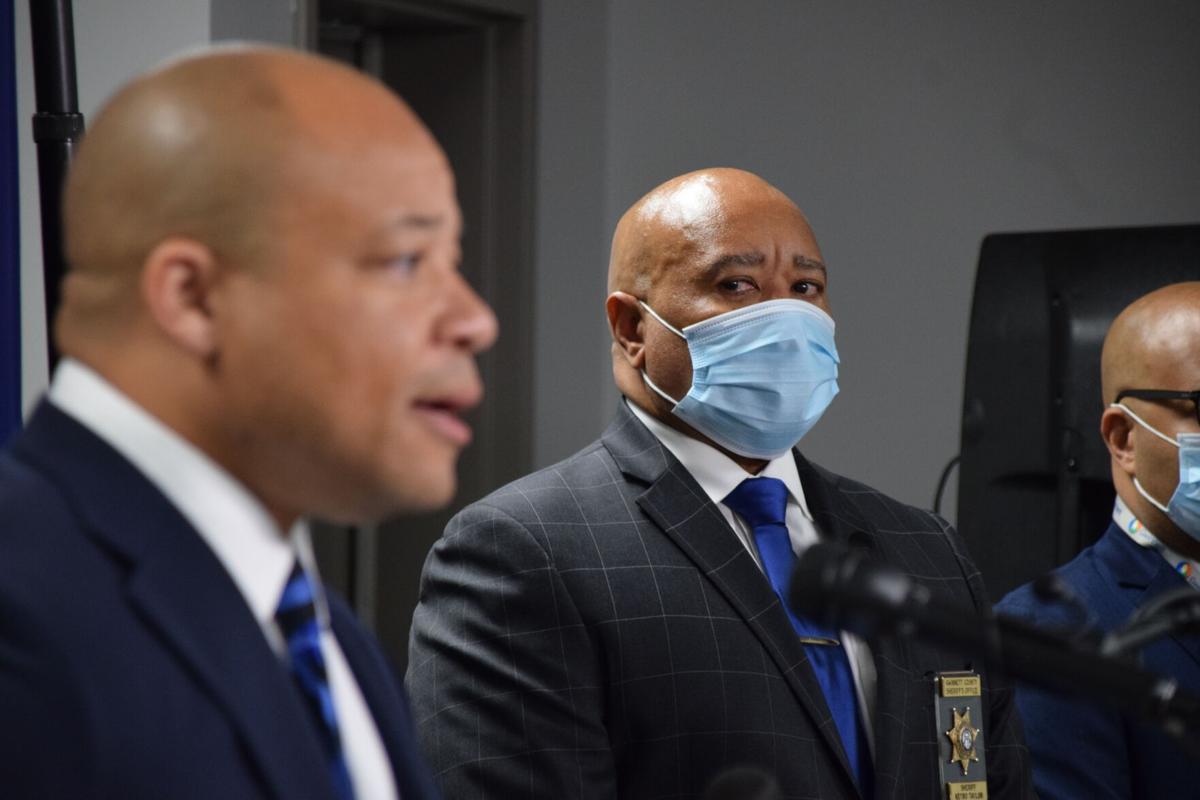 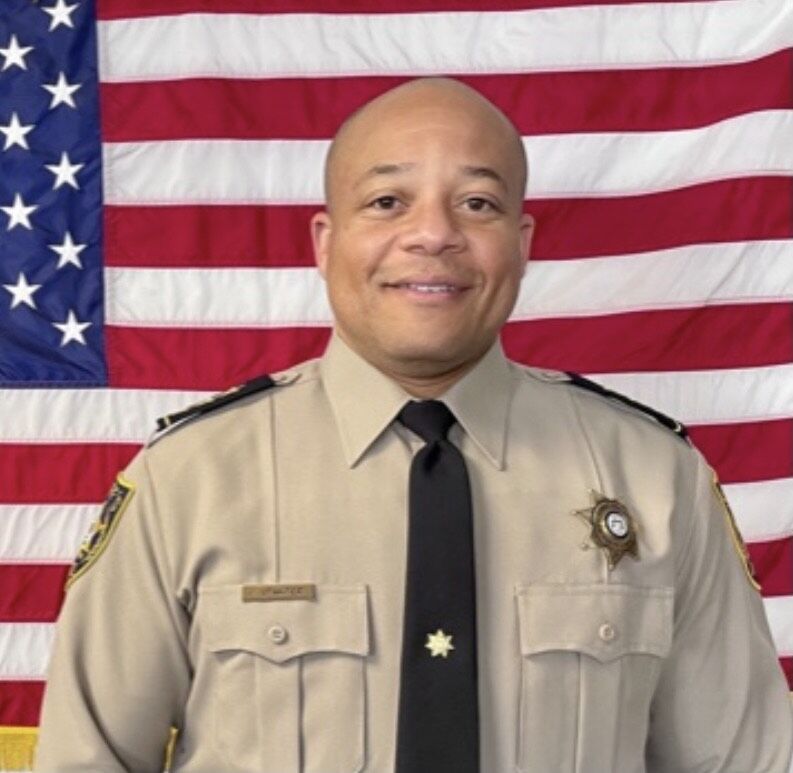 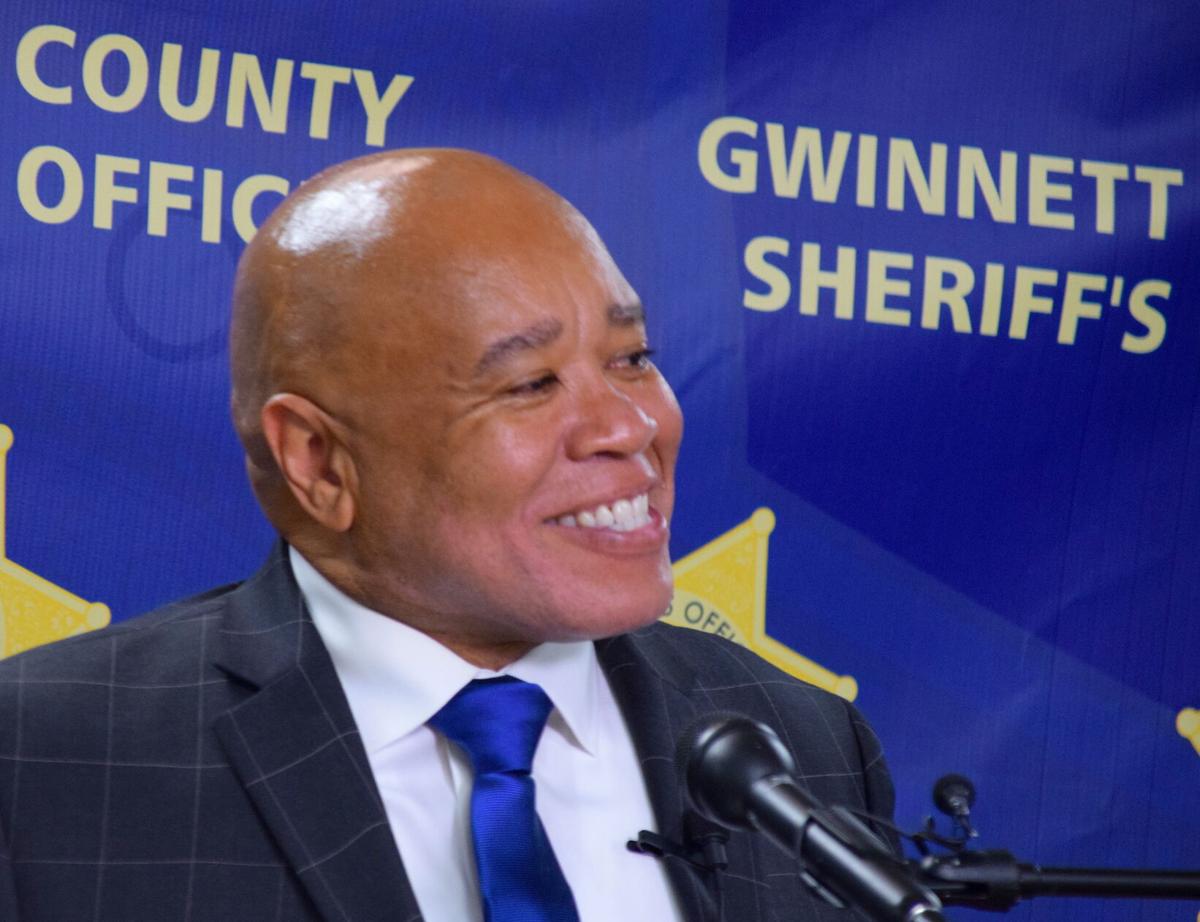 Immediately after being appointed Chief Deputy of the Gwinnett County Sheriff’s Office on Jan. 1, Cleophas Atwater turned his focus to securing the safety of Gwinnett’s children and other vulnerable populations.

Atwater said the sheriff’s office is still in the process of identifying certain equipment and technology to build the infrastructure to fight human trafficking and gang issues in the community. However, he hopes they’ll be fully functional and able to present cases for prosecution within months.

“We’ve already hit the ground running and there are going to be some really positive results,” Atwater said.

The same day Atwater was appointed chief deputy, new Sheriff Keybo Taylor announced his office was opting out of the 287(g) program and disbanding the Rapid Response Team in the county’s jail.

After a COVID-19-related delay, Gwinnett's first Black sheriff gets to hold swearing in ceremony

In their place, he rolled out the Trafficking and Child Exploitation (TRACE) Unit, gang unit and Support Operations Division, meaning that resources from those previous programs, such as manpower, salaries and equipment, have been diverted to these new initiatives.

Previously, Atwater spent 24 years with the Gwinnett County Police Department. During his last three years, he served as the commander of the county gang task force within the department’s Special Investigations Section. He also worked with the VICE Unit, which works on crimes against children.

He said he feels positive about the direction the sheriff’s office is heading.

“I’m very familiar with a really good working recipe to try to fight these types of crimes,” Atwater said. “Many of those resources and that thought process I’ve brought over here to the sheriff’s office.

“We were successful there. We will be successful here. But quite frankly, we’re going to need partnership. We’re really going to need to figure out a way to work with the other agencies within Gwinnett County as well as the county police to foster really strong relationships and to provide a strong force that can fight these crimes for the vulnerable citizens of Gwinnett County.”

“These are very, very positive things,” Atwater said. “This unit, although it’s new in it’s implementation, we are not starting from scratch.”

While it’s difficult to gauge the exact amount of human trafficking and crimes against children that occur in Gwinnett County, Atwater said many of these crimes go unreported because they deal with underage or young adults. They also occur over a period of time, oftentimes with runaways and children who due to their circumstances are more vulnerable to trafficking.

Additionally, in 2020, the Drug Enforcement Administration announced Atlanta as one of eight U.S. cities considered “transportation hubs” used by Mexican drug trafficking organizations to distribute meth around the country.

The result has been basic economics — as its availability has increased, its price has decreased. But Atwater said there’s also been a sharp uptick in heroin in the area over the last five or six years, a similar trend seen in North Georgia.

With the resources the sheriff’s office now has on hand, Atwater said it will be able to secure the Gang Act on criminal street gang members and those who commit violence. The new Support Operations Division will also work on educational programs aimed at steering children away from traffickers and gangs.

As for immigrants without legal status who enter the county jail, Taylor has made it clear that under his leadership the Sheriff’s Office will not participate in any type of 287(g) operations or the way it practiced. Resources will instead be put into addressing mental health issues.

Still, arresting agencies have the power to reach out to U.S. Immigration and Enforcement officials to see if there is any kind of immigration hold or status. Atwater said whatever level of cooperative comes from that is between the arresting agency and ICE.

“We just want to be able to work for the citizens and most importantly protect the most vulnerable out here and just do a good job,” Atwater said. “I really think we’re going to do it.”