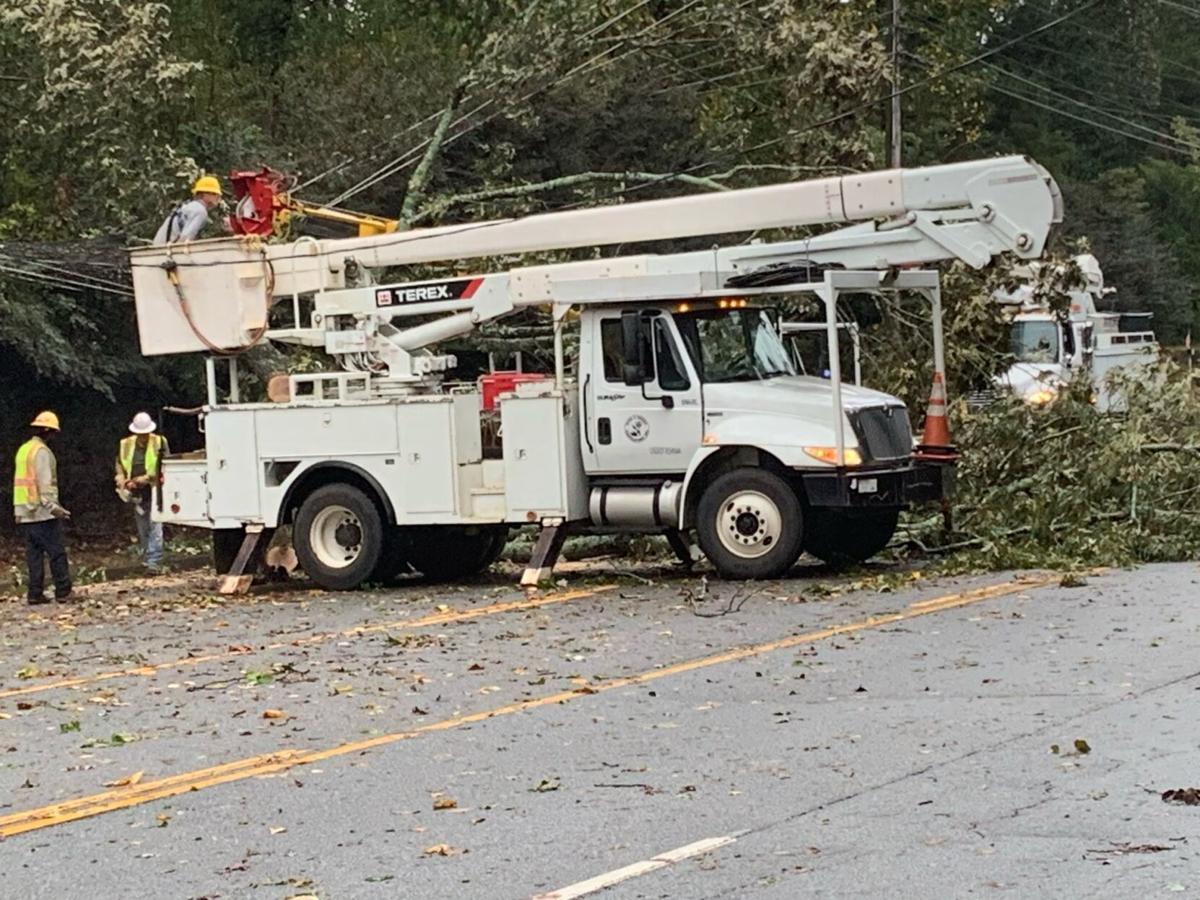 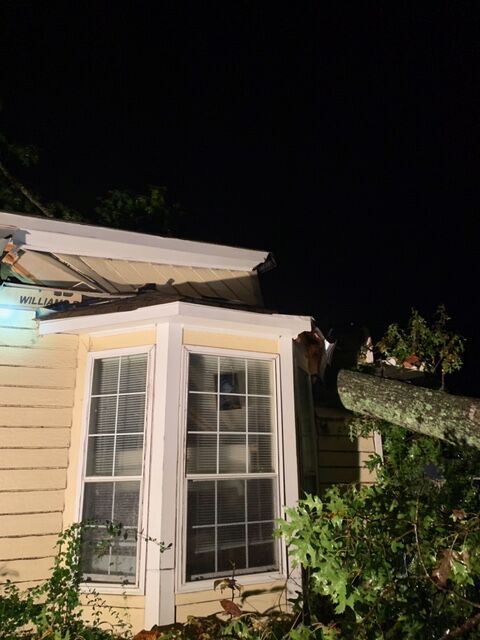 Gwinnett County firefighters rescued a man from his home on the 1100 block of Smoke Hill Lane, NE in Hoschton Thursday morning after a tree fell on his home. 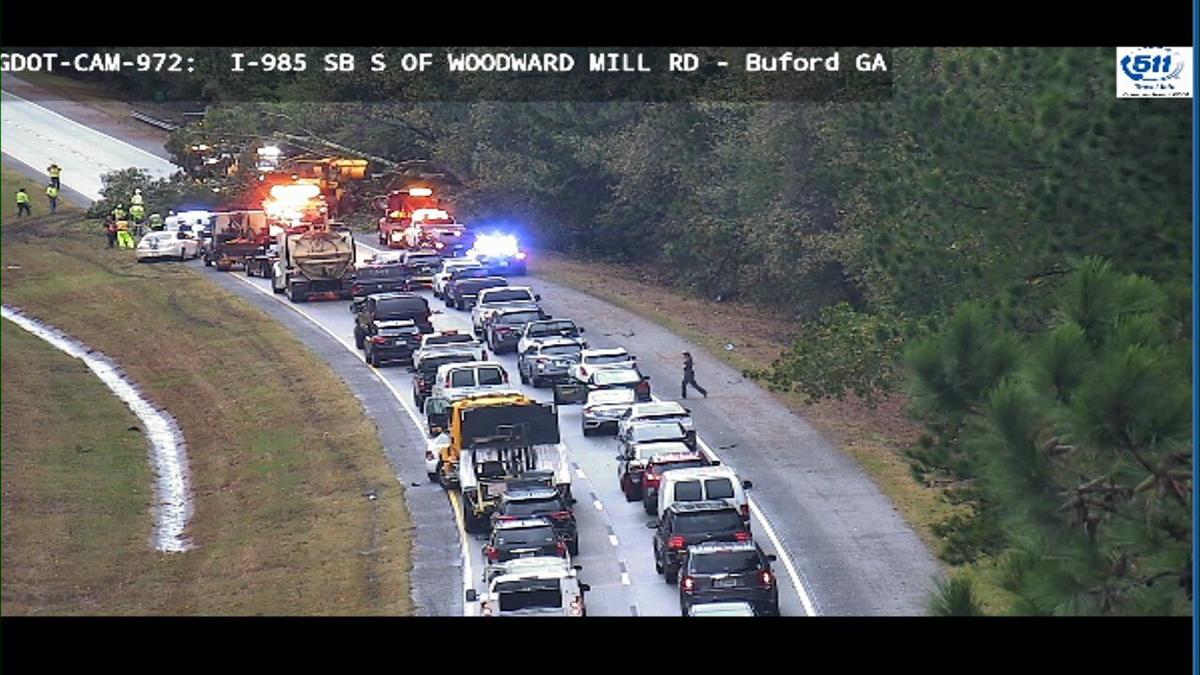 A tree fell into the roadway on Interstate 985 South at Buford Drive Thursday morning as Tropical Storm Zeta moved through the area.. 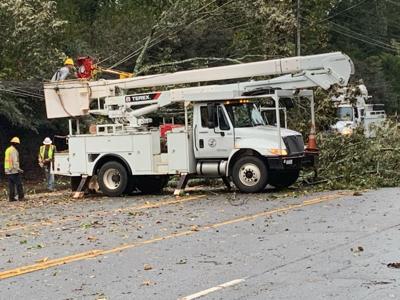 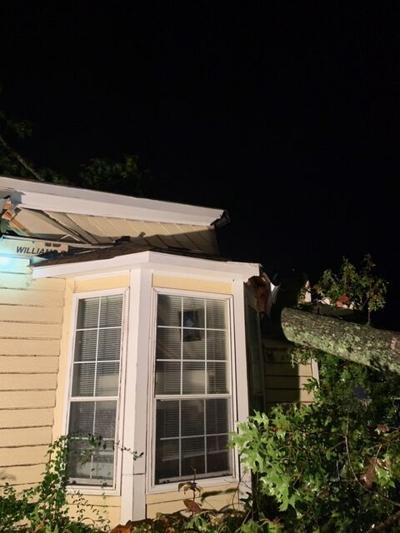 Gwinnett County firefighters rescued a man from his home on the 1100 block of Smoke Hill Lane, NE in Hoschton Thursday morning after a tree fell on his home.

A tree fell into the roadway on Interstate 985 South at Buford Drive Thursday morning as Tropical Storm Zeta moved through the area..

According to Capt. Tommy Rutledge, Gwinnett County firefighters began responding to an influx of wind-related incidents just before 5 a.m. on Thursday. Rutledge said the majority of calls included wires and trees down in the roadway and on structures.

Rutledge said an adult occupant was taken to the hospital (non-emergency) around 6 a.m. after a tree fell on a house on the 1100 block of Smoke Hill Lane, NE in Hoschton. He said firefighters freed the occupant from inside the house when the tree crashed through the roof. There is extensive damage to the home.

Active incidents include of a tree reported on a building:

Residents are encouraged to use caution as they venture outside. Avoid contact with downed power lines and trees and report hazardous conditions to 911.

Of the many trees downed by Tropical Storm Zeta, one was blocking Interstate 985 South at Buford Drive. The tree blocked all soutbound lanes early this morning, but has been moved to the right shoulder, although there are still lengthy delays.

Gwinnett County police tweeted at 8:30 a.m.: "We have reports of trees down and wires down all over Gwinnett. We are working with DOT crews to clear tree debris but if a power line is impacted we have to close the roadway and wait for a power company crew. Please look for alternate routes and expect delays."

"All city crews and additional staff are currently working to restore power as quickly and safely as possible throughout our service area," the city said via Twitter.

The city of Suwanee said that Buford Highway at Suwanee Creek "will be closed all day to clean up tree limbs and debris and fix downed power lines."

As many as 50 Gwinnett County schools were without power early this morning after the remnant of Hurricane Zeta plowed through the county overnight.

Gwinnett County firefighters are working to recover the bodies of two people who died after a tree fell on their home on West Garner Street in Buford.

As back-to-back blue waves hit Gwinnett County, it has been Black women leading the shift

Expansion of the Infinite Energy Center starting to take shape