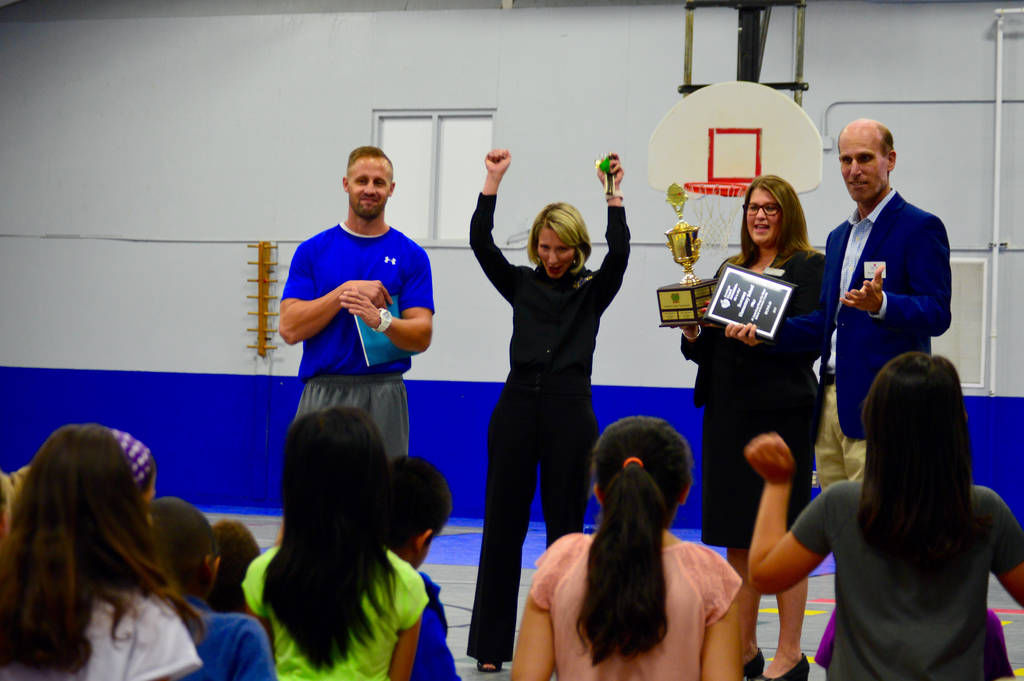 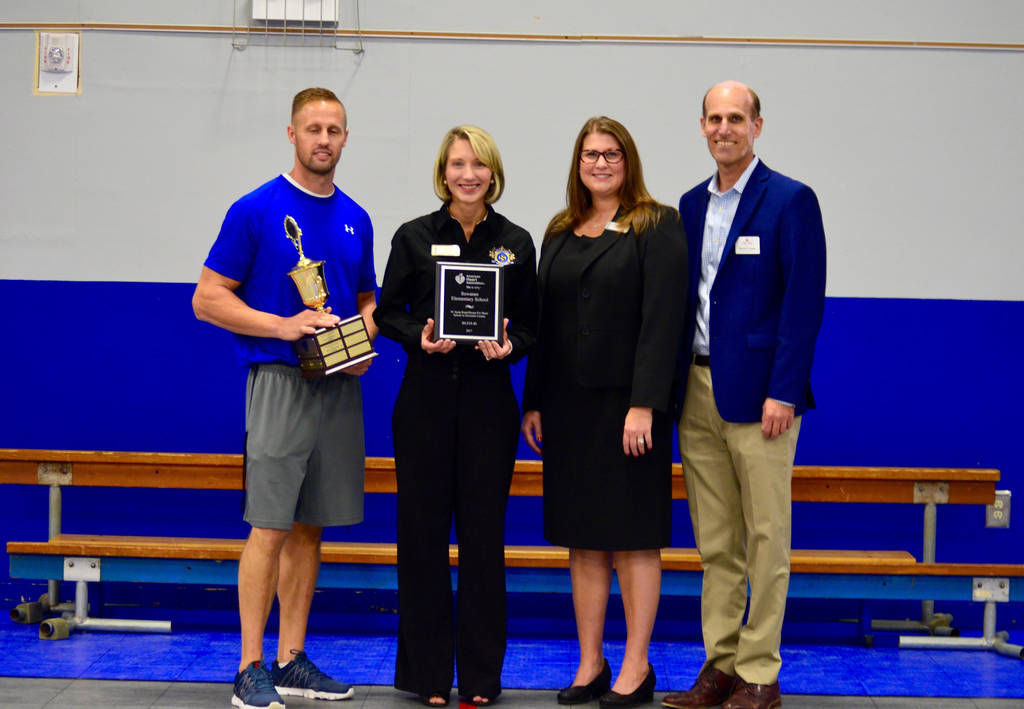 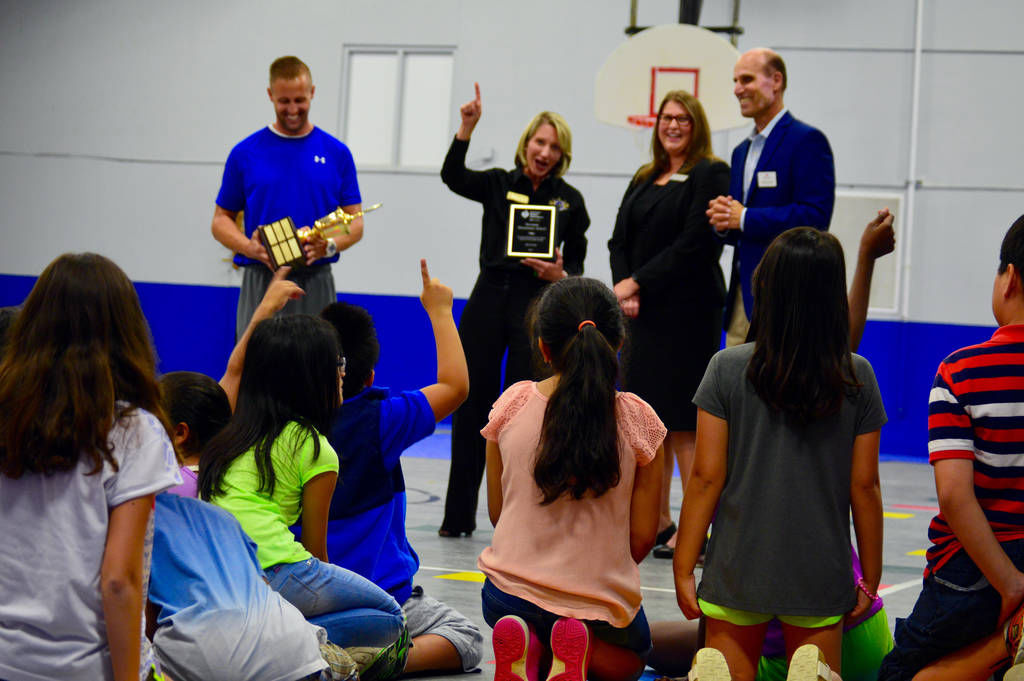 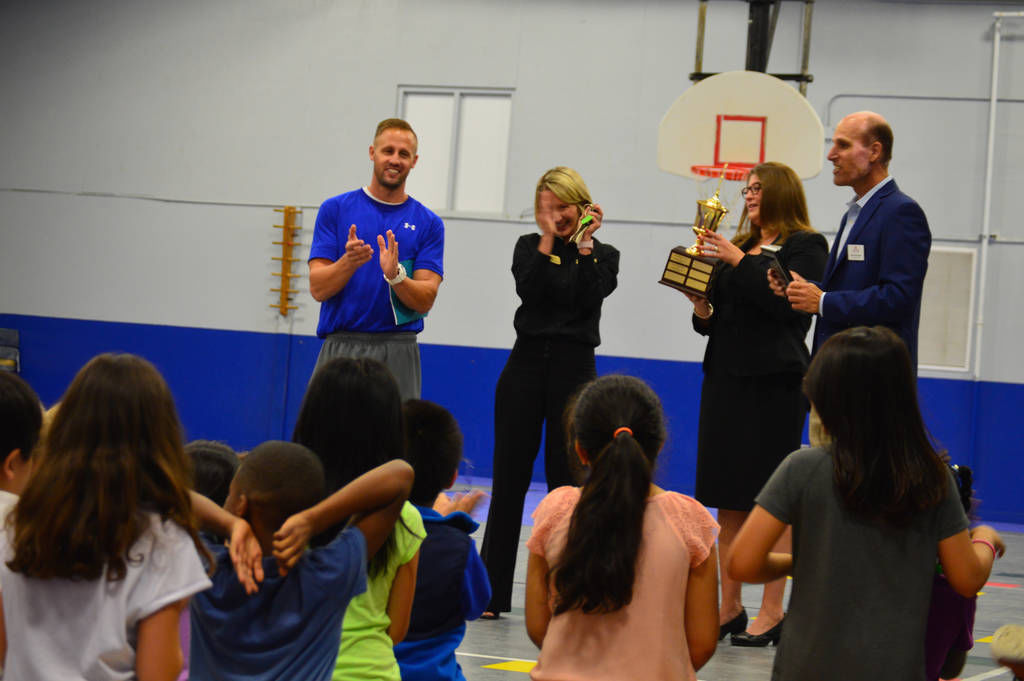 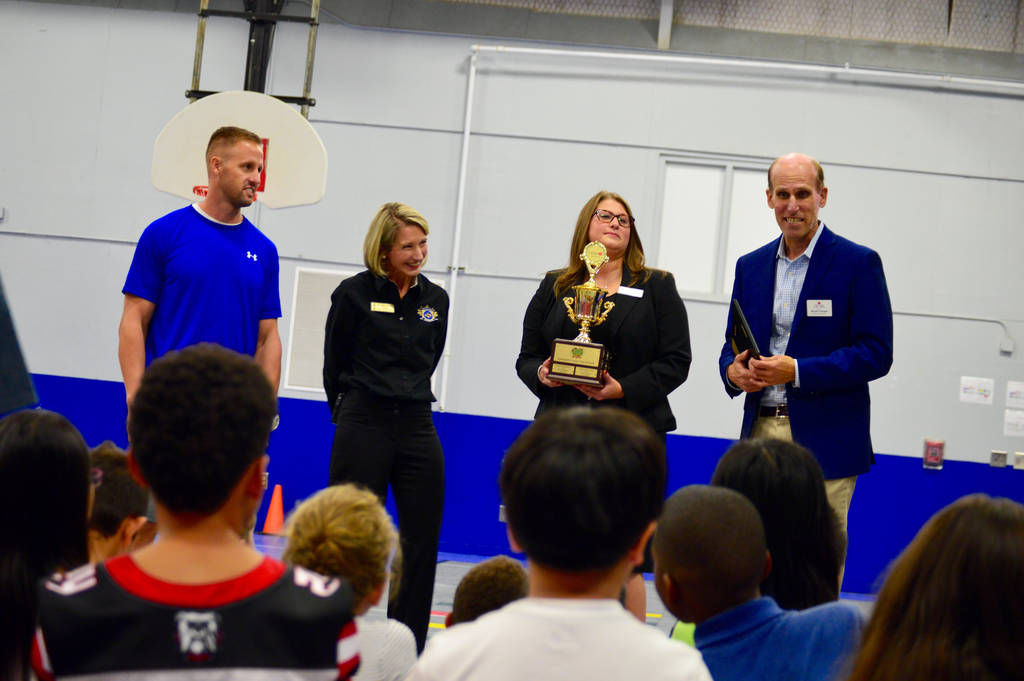 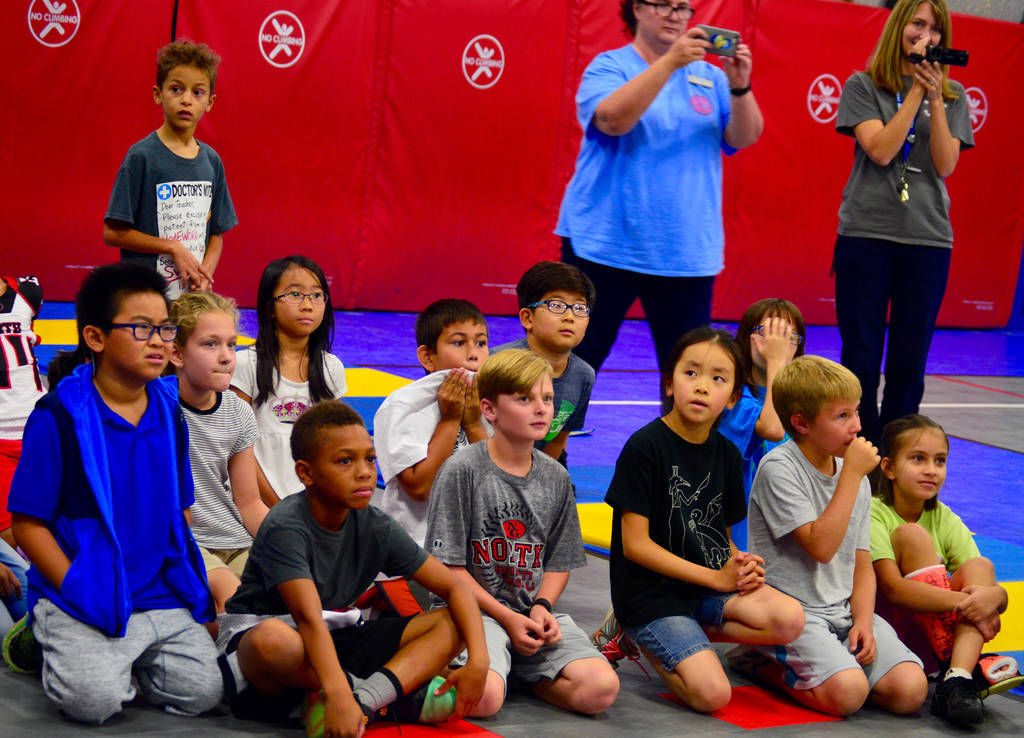 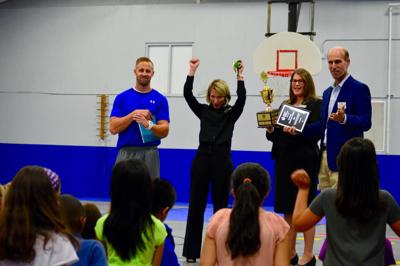 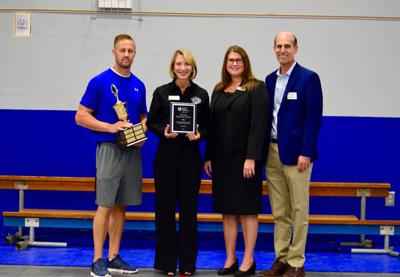 For the second year in a row, Suwanee Elementary School became that No. 1 school by raising the most money of any elementary school in the county during Jump Rope for Heart last spring.

Under the direction of Physical Education teacher Jason Gogolinski, the kids learned how to care for their own hearts through cardio exercise, including jumping rope. Then, they contacted family members and friends to explain to them how some people are born with “sick hearts” or can have hearts that become sick over time.

They also explained how they could help these people by donating money to the American Heart Association, which funds research to help eradicate heart disease.

Overall, the kids from Suwanee Elementary raised $9,519.40 for people with “sick hearts.”

That’s a big deal, especially considering that Suwanee Elementary is one of the smallest elementary schools in Gwinnett. All that money was raised by about 600 students.

Gogolinski was also somewhat speechless on Friday afternoon. Mostly, because he hadn’t expected to win the same award his classes had claimed last year. He said he figured Suwanee Elementary hadn’t reached first place when Cooper showed up at the school about two weeks ago to take away the trophy they’d won in 2016.

Gogolinksi figured they weren’t getting it back.

On Friday afternoon, Gogolinksi was expecting Keag and GCPS Health and Physical Education Director Dr. Tasha Guadalupe to join him in the gym to observe his fourth-grade class on Friday afternoon.

He was not expecting to see Cooper, holding a plaque and the trophy he was sure the school had lost. He cheered along with the kids when Cooper announced Suwanee’s win.

“It’s good news to hear,” Gogolinksi said. “Maybe I’ll have to get on the announcements later and tell everybody that we raised the most in the county.”

Keag said she attributes the school’s success in large part to Suwanee’s supportive community and to Gogolinski’s dedication. Every year, “Coach Gogo” kicks Jump Rope for Heart off with a pep rally along with Cooper. Then, Keag said he keeps the kids excited all year long.

Gogolinksi and his gym classes were excited about their award. He said they were also excited to keep the winning streak alive.

“We’ll have to do it again this year,” Gogolinski said.

Other elementary schools that were honored for finishing in the top 10 during Jump Rope for Heart include: