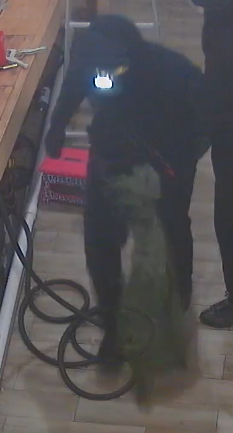 Gwinnett County police are trying to solve a burglary that involved a puppy-napping.

Two suspects are accused of breaking into a pet store located at 1848 Old Norcross Road in Lawrenceville at about 1:50 a.m. on April 10 and stealing $400 and 19 puppies that are worth approximately a combined $60,000.

The suspects, who have not yet been identified, allegedly entered the store by "smashing the front door," according to police.

Police are asking for the public's help to identify the suspects. They have released photos and surveillance video from the break-in to help solicit leads in the case.

Anyone who has information on the burglary is asked to call detectives at 770-513-5300 or Crime Stoppers at 404-577-8477. Tipsters can also visit www.stopcrimeATL.com. They are eligible for a cash reward from Crime Stoppers if their information leads to an arrest and indictment.

IN CASE YOU MISSED IT: Top stories in Gwinnett County — April 13-19

The Gwinnett, Newton and Rockdale Health Departments will hold a one-day opportunity for people who feel sick to get tested in a pop-up testin…