A state lawmaker from Gwinnett is pushing to expand accessibility to medical marijuana in Georgia after years of the state edging toward making it available to residents with serious health conditions.

State Rep. Pedro Marin, D-Duluth, has introduced House Bill 738, which would make it legal to manufacture, produce and dispense medical marijuana to people who need it. Medical marijuana and low THC oil — which can already be used legally in Georgia by registered users under certain rules — can be used to ease the suffering people with health conditions such as end-stage cancer, Parkinson’s Disease or Crohn’s Disease face.

Georgia’s move toward accepting medical marijuana has been gradual over several years. First, it became legal to prescribe the use of low level THC. Then CBD oil, which has less than 0.3% THC, became legal by registered users.

To date, however, Georgians can still only have less than 20 ounces of low THC oil. State law still forbids the growing and selling of marijuana in its plant form, according to the Georgia Access to Medical Cannabis Commission.

Marin said he plans to hold forums throughout the remainder of this year to talk about the proposed bill with supporters of legalizing medical marijuana as well as Georgians who have concerns about the move. 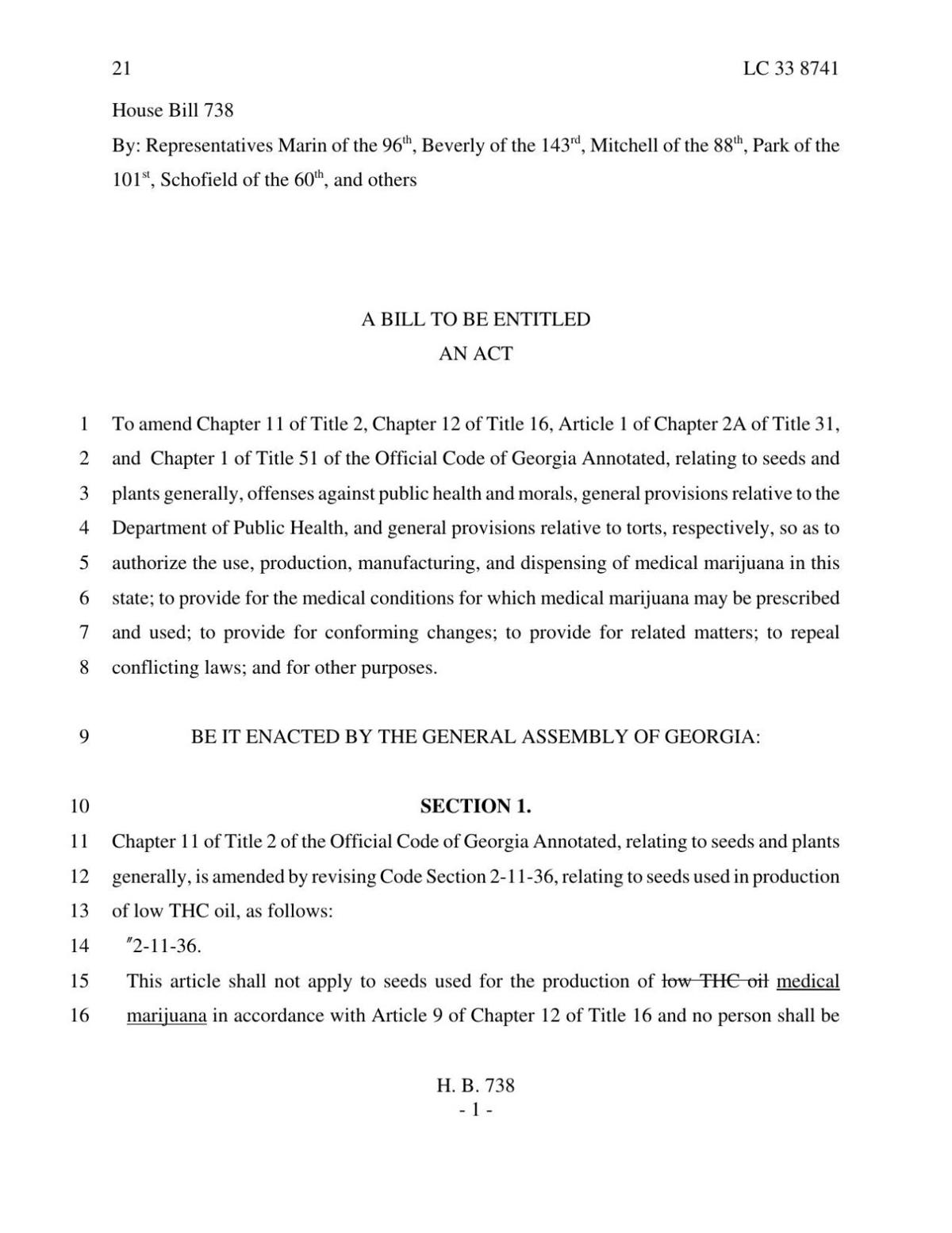 PHOTOS: A Big Thanks to Our Generations Expo Live Event Attendees! The event was held on Saturday, May 15 at the Gwinnett County Fairgrounds.