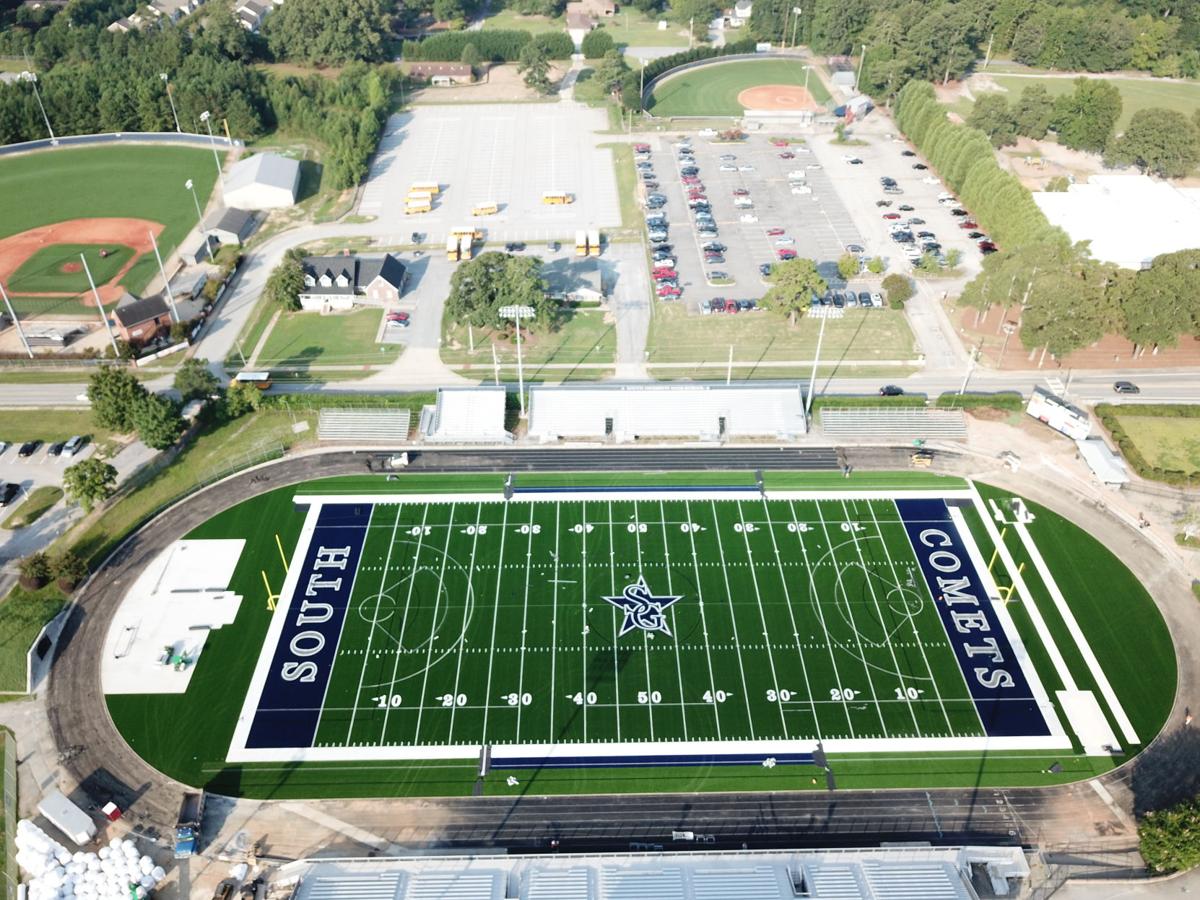 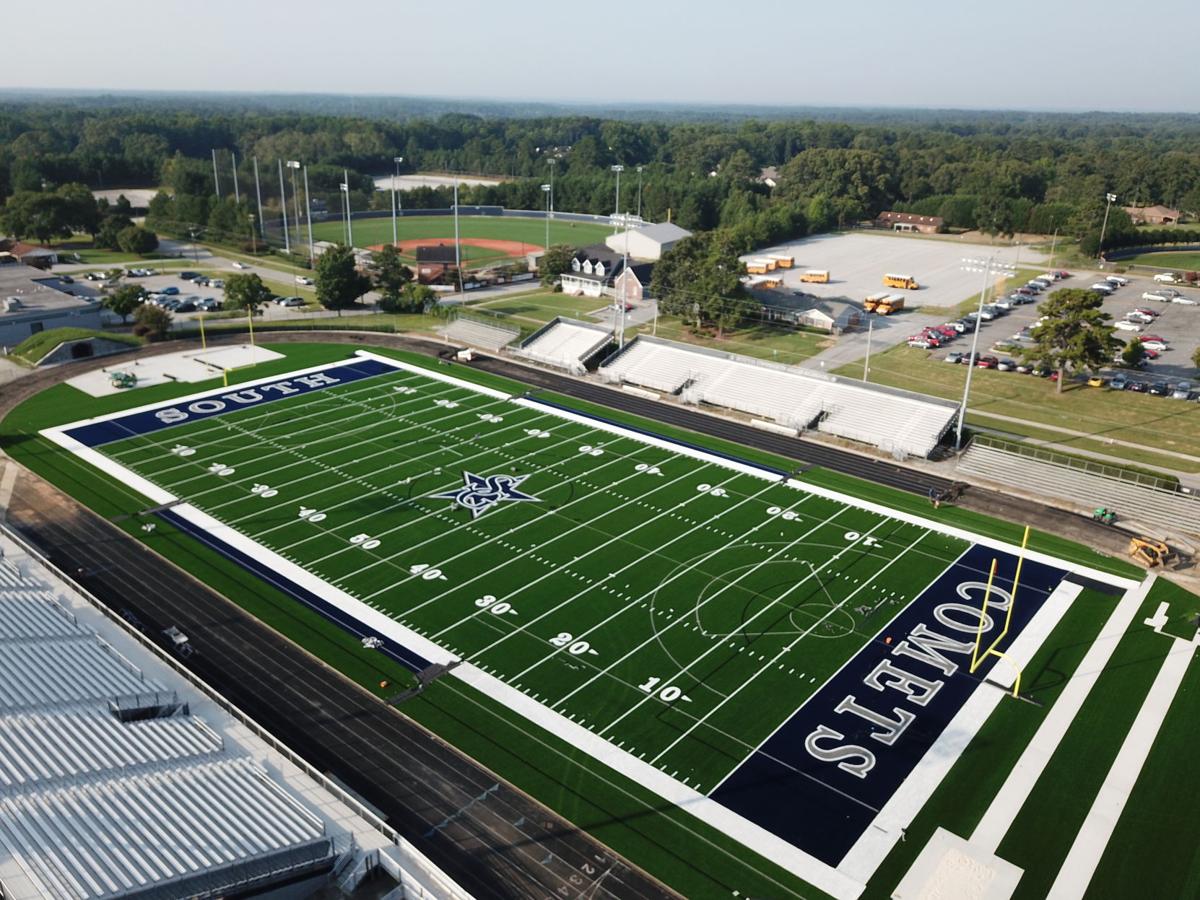 An aerial photo of the new turf field at South Gwinnett High School. 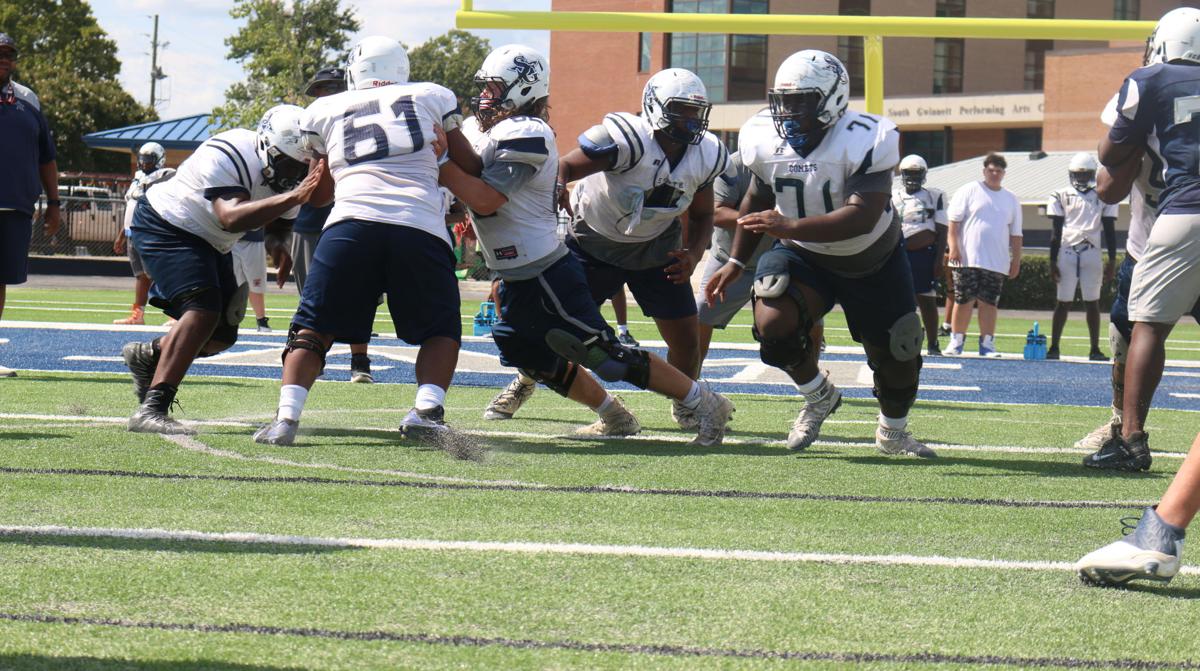 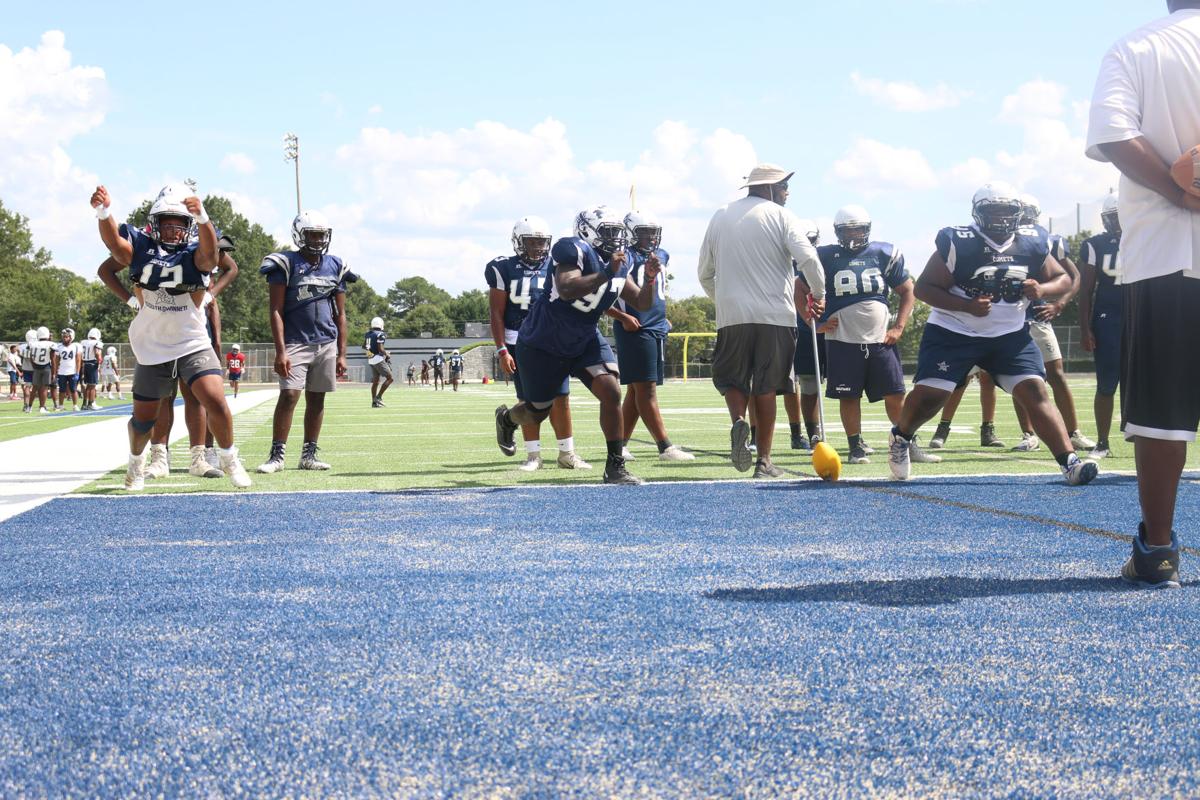 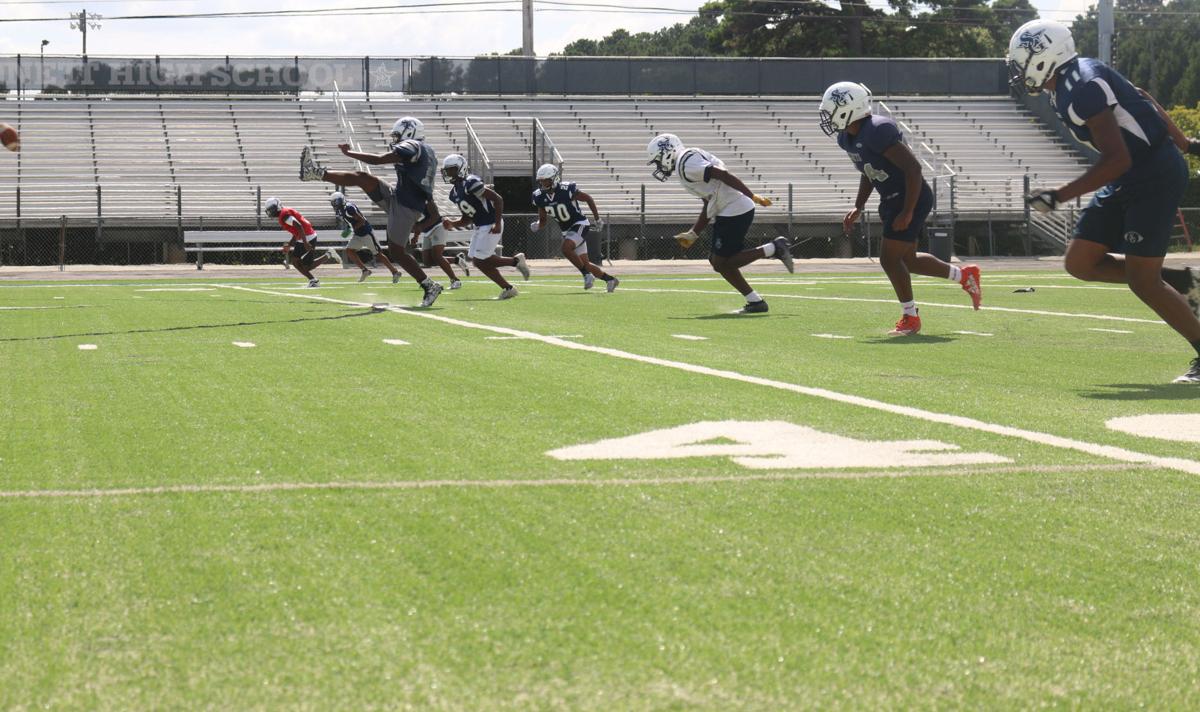 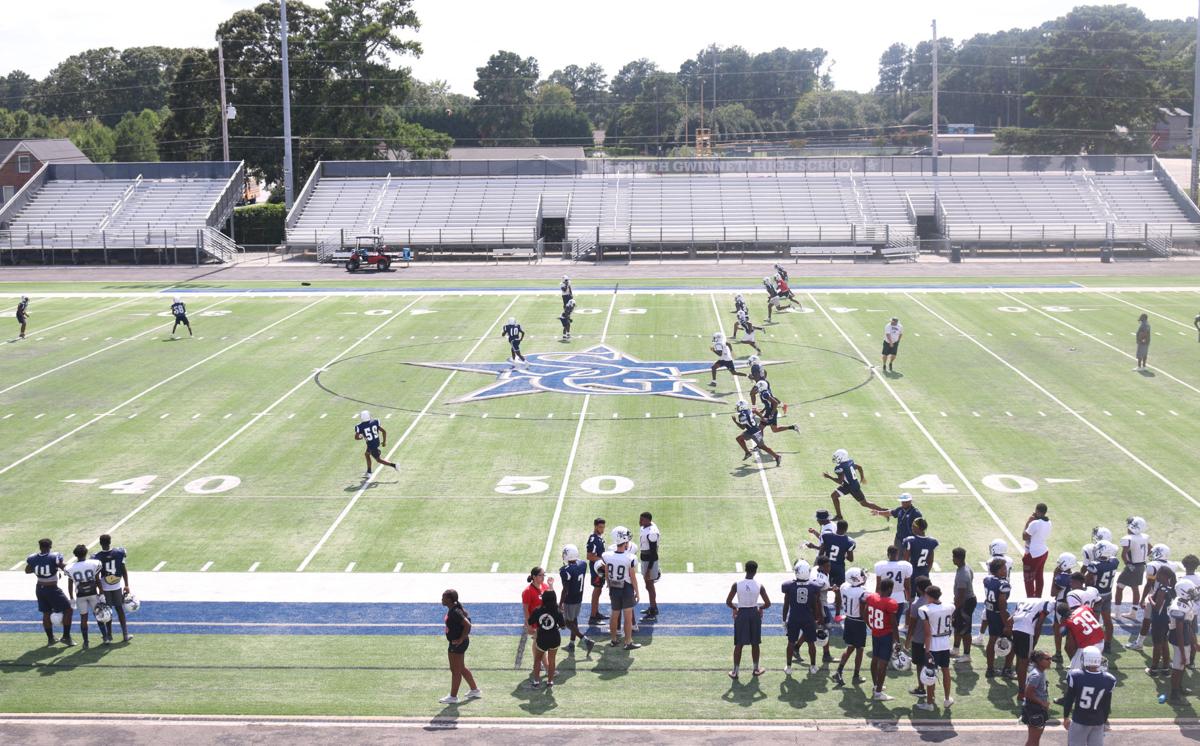 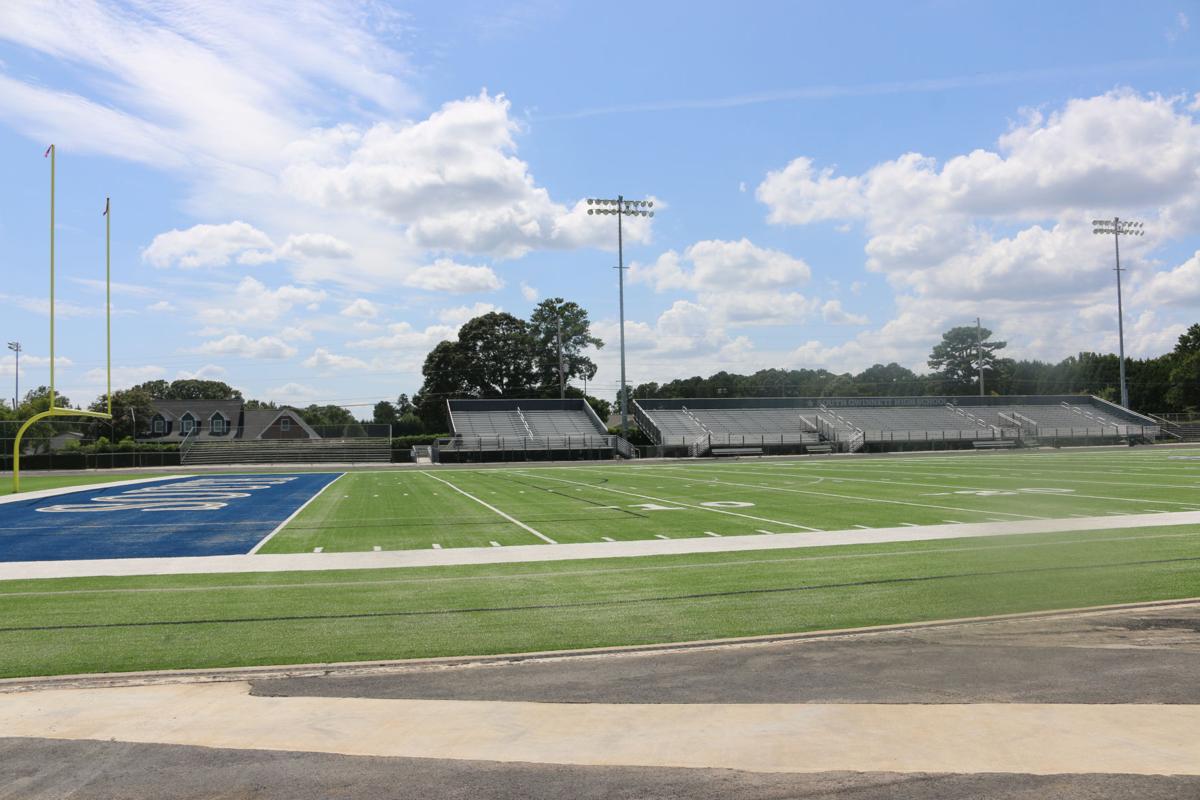 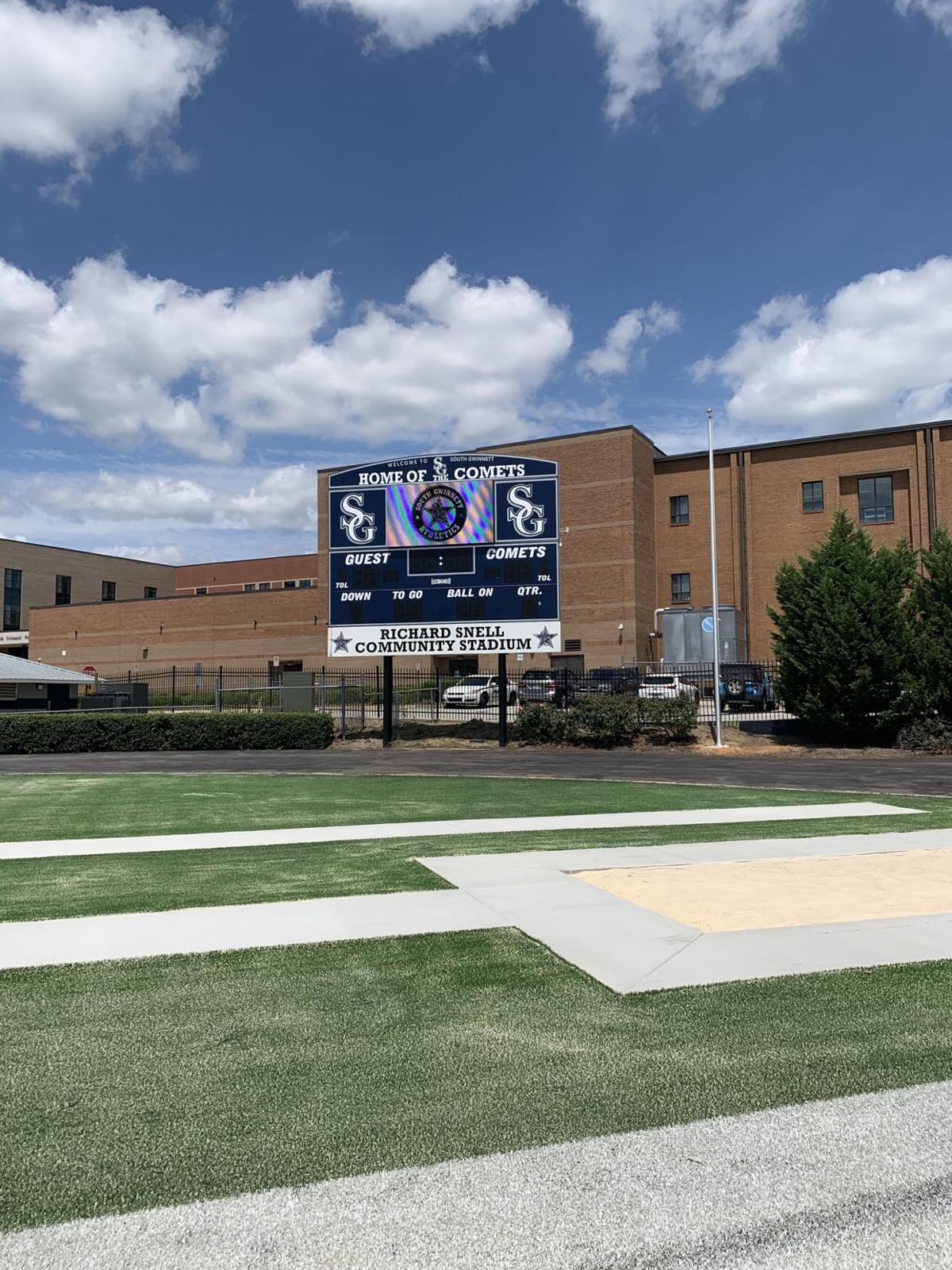 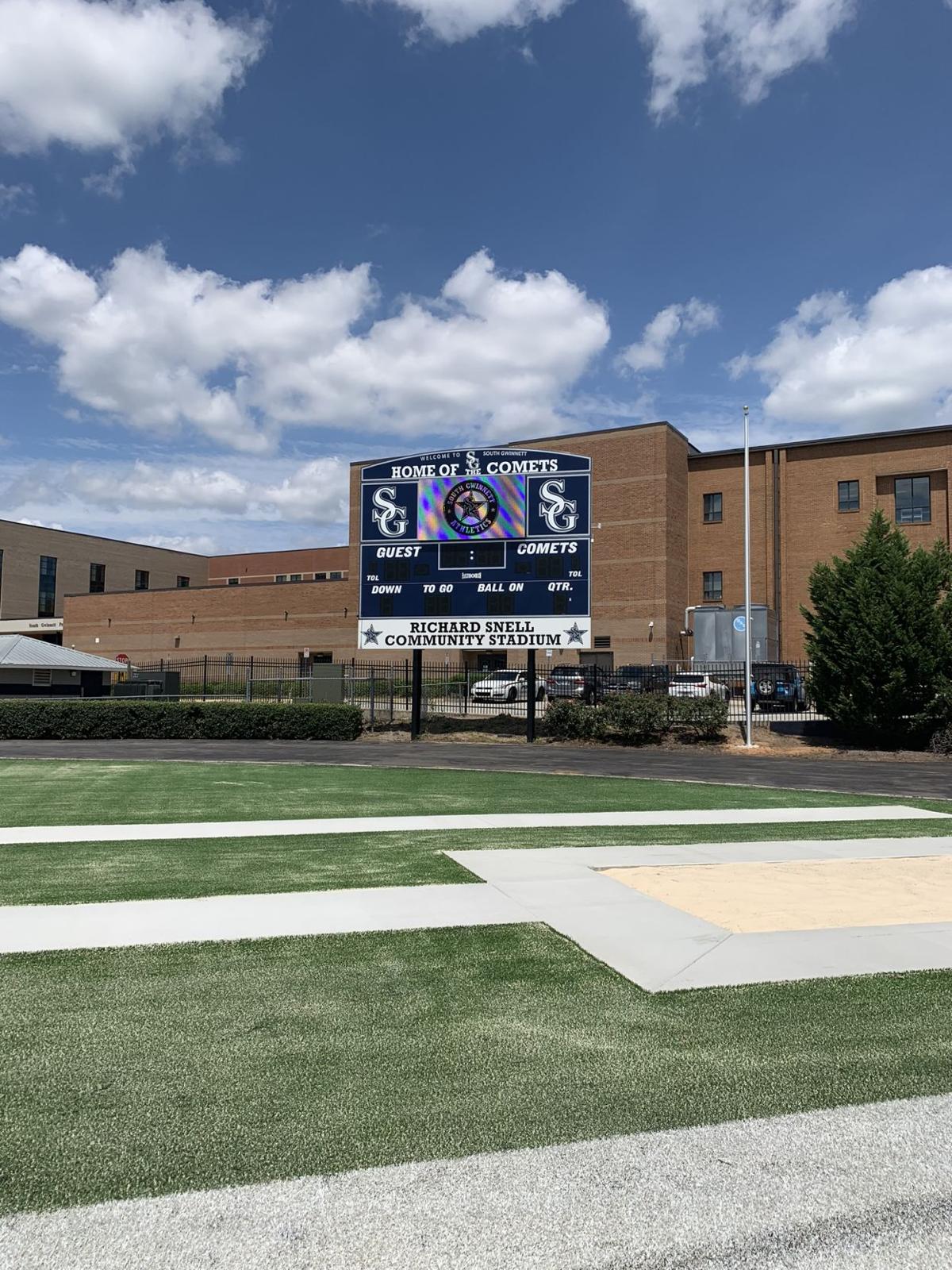 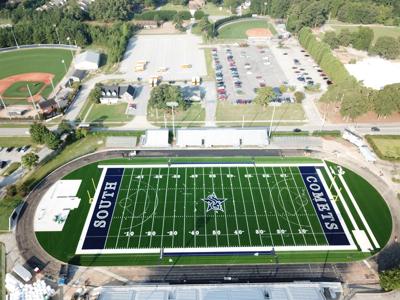 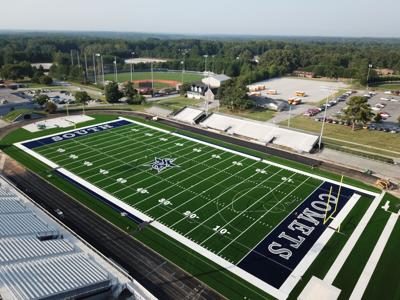 An aerial photo of the new turf field at South Gwinnett High School.

Jeff Taylor has talked more about athletic turf in the previous three months than most people do their entire lives.

“I’ve learned a lot about turf installation and what goes into getting the turf on the field, cooling systems, certification and I’ve learned as recent as yesterday there’s a maintenance plan,” the South Gwinnett High School athletics director said.

As the first school in Gwinnett County to be provided a turf athletic field funded by the 2019 General Obligation Bond Program, Taylor said the community feels honored to showcase Friday’s season opener against Central Gwinnett after rolling out its new red — or green — carpet.

“I’m grateful Gwinnett County is providing us with turf and grateful we’re one of the first schools to get the opportunity to play on it,” Taylor said.

South Gwinnett is one of two Gwinnett County schools to have a turf field installed this season, along with Duluth High School. The replacement of the natural turf grass on fields of GCPS high schools was approved as part of the General Obligation Bond referendum in November 2018. GCPS purchased turf for Sports Turf Company for negotiated prices of $895,699 for South Gwinnett High School and $975,648 for Duluth High School. GCPS reported that the bond funds covered $140,325 of the installation at South Gwinnett and $246,450 of the installation at Duluth. The schools are two of the county’s older stadiums.

“What a beautiful sight that would be with the turf and a track that matched it,” she said.

The timeline of future turf installations has not been determined, according to a spokesperson with Gwinnett County. Those specifics will be set during the budget planning process.

Duluth athletics director Tessa Finke said the Wildcats’ athletics field is on track to be completed in time by Duluth’s home opener against Meadowcreek on Aug. 30. She projects to have a meeting with coaches Monday about new field procedures. The high school’s antiquated drainage system drew out the installation process, she said.

“It’s been fairly simple,” Finke said regarding the installation process. “We had a couple meetings and the crew has been great in communicating with us. I’ve always felt super supported by the county … having the ability to choose what we wanted the field to look like.”

“We want to host a track meet this year and we haven’t done that in forever,” Finke said.

South Gwinnett football’s first day of practice on its new surface was Tuesday, according to Taylor. The South Gwinnett marching band also spent time on the field and Taylor said South Gwinnett’s soccer and lacrosse programs are also eager to utilize the new surface. The boys team won region last year without falling to a region rival on its home field.

“That’s a good way to reward them,” Taylor said.

Taylor said the field will be utilized by South Gwinnett-affiliated youth athletics associations through the community school. He added the South Gwinnett athletics department also looks forward to the partnerships that could stem from the new surface.

Overall, though, Davenport said the decrease in facility responsibilities is a relief.

“It’s going to take some getting used to,” Davenport said. “Getting an opportunity to let the kids get comfortable is what we’ve enjoyed. Obviously, we’re pleased and it takes a lot of worries and concerns out of your head regarding maintenance and facilities.”

Artificial turf has been connected to increase injury risks. Some are benign, like turf burns, but they could be a serious as concussions or knee injuries.

South Gwinnett’s field underwent g-max testing this week, which measures the shock-absorption capabilities of the surface. The ratio gathered from testing is linked to concussions. Taylor said the South Gwinnett training staff, provided through a partnership with Gwinnett Medical Center, is familiar with the unique injuries turn surfaces could present.

“They’re ready to take care of our students in case an injury happens,” Taylor said.

Finke said she’s also leaning on the expertise of trainers, but plans to distribute information to coaches and parents.

“A lot of our kids have not stepped foot on a turf field,” she said. “I am a little concerned, but there definitely will be time for education.”

South Gwinnett’s new field and a classic county rivalry will be showcased on FOX 5 Atlanta as the High 5 Sports game of the week. South Gwinnett and Central Gwinnett have played each other more than any two teams in Gwinnett County (58 times), with Central holding the overall advantage with 35 wins.

“The whole community is excited about it,” Davenport said. “(Central Gwinnett head football coach Todd Wofford) does a great job and we have to match that and make sure your community is not disappointed. But it will be an outstanding atmosphere.”