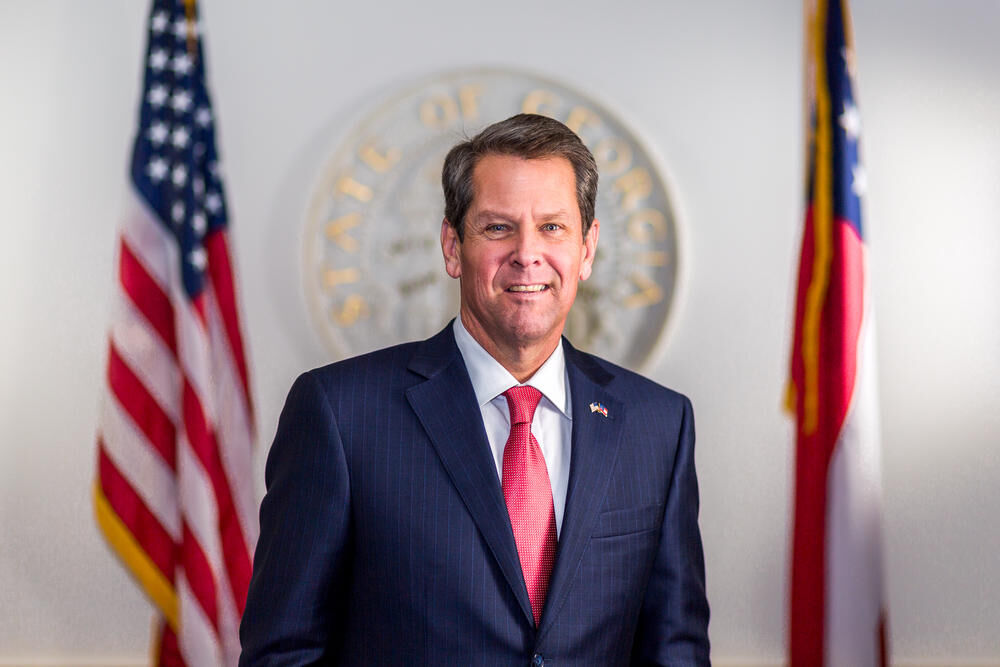 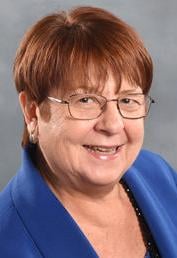 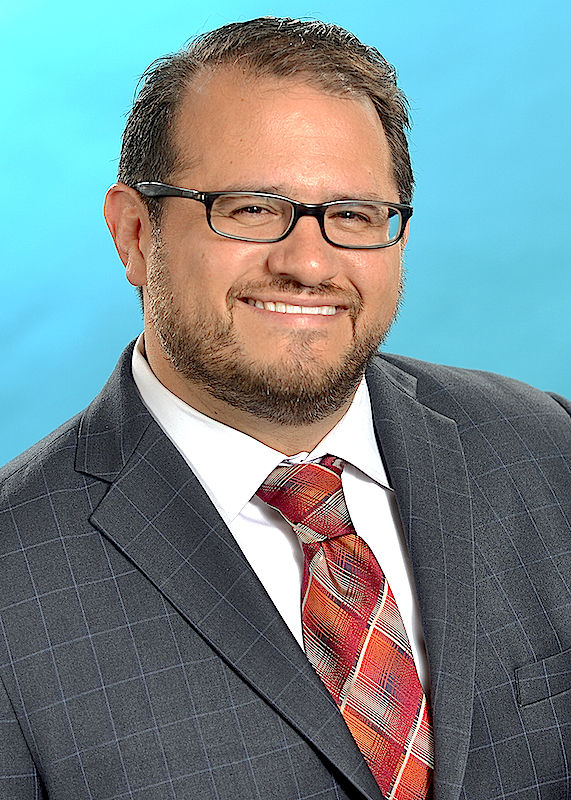 When business and elected officials talk about some of the big developments of days gone by that helped Gwinnett County become what it is today, projects such as Technology Park and the Western Electric plant often get mentioned.

It’s that kind of vein that Gwinnett County Commission Chairwoman Charlotte Nash sees the Rowen research park project fitting into: a transformative project that will have an impact on the county that will be felt for decades.

“Rowen is going to be all of that and more,” Nash told the Daily Post this past week. “It’s not just a research park, an office park. We’re talking a town center, residential amenities, the research facilities, offices and the beautiful environment that we’re going to make sure as much of it is preserved and made available, not just to the folks who live and work there, but the community at large ...

Black sports history from the year you were born

From Muhammad Ali to Tiger Woods, we look back at the record-breakers, barrier breakers, and gold medalists who have shaped Black American sports over the past century. Stacker counts down Black sports history from the year you were born. Click for more.

“The impact of Rowen, in my opinion, is going to be greater than those other (previous major) projects.”

Of the $70 million expected to be raised through the issuance of the bonds, $60 million is expected to cover land acquisition while the rest of it will cover infrastructure improvements. The county owns some of the land for the project already and closing on the purchase of the remaining land is set to happen around Sept. 30.

The Rowen Foundation, the nonprofit group formed to develop and manage Rowen, expects it will take a year-and-a-half to two years for construction to begin at the nearly 2,000-acre site. The research park will be located on state route 316 between Dacula and the Gwinnett-Barrow county line.

“This is a multi-generational project,” Commissioner Jace Brooks said. “This will impact Gwinnett County for the next several decades and so I’m excited to see what will become of it for my children and my grandchildren.”

Rowen is, at its core, a research park, but officials are describing more as a “knowledge community” that will include residential and town square spaces as well as research and office spaces.

The 316 corridor, which is in the process of becoming limited access, was designated years ago by county leaders as a research and biomedical-focused corridor for development. Research that takes place at Rowen will be focused on the medical, agricultural and environmental fields.

Hundreds of acres at the currently undeveloped site will remained wooded and the project is also expected to include wooded paths and green spaces.

The Rowen project has drawn comparisons from county leaders to the Research Triangle in the Raleigh-Durham area of North Carolina as well as other major research-focused communities. It will have close access to research and educational facilities at the University of Georgia, the Georgia Institute of Technology, Georgia State University, Emory University, Gwinnett Technical College and Georgia Gwinnett College.

But, local officials also see it as something that goes beyond even the research areas that they compare it to.

“We envision a place the world hasn’t quite experienced before but deeply needs, particularly as we take on challenges like pandemics,” Rowen Foundation board chairman Sachin Shailendra said. “A place where 100-year-old oak trees will inspire 25-year-old innovators. Where young parents can take their children to engage with nature.

“Where diverse residents, researchers, entrepreneurs and visitors will have their professional, cultural and even entertainment needs met.”

One theme that was repeated by local and state officials who talked about Rowen is the far reaching impact it will have on the county, as well as the state of Georgia.

Georgia Department of Economic Development Commissioner Pat Wilson called the project a “mega site,” and both he and Gov. Brian Kemp weighed in on its potential far-reaching impact as the project was announced this past week

“By planning to focus on three of our state’s historical economic drivers and areas of expertise — agriculture, the environment and medicine — Rowen has the potential to create a new chapter of discovery and innovation that will enrich the State of Georgia for many years to come,” Kemp said. “This project holds tremendous promise as an exceptional addition to our strong economic development portfolio.”

Wilson praised Gwinnett leaders for working on the project and for coming up with a way to govern it through the non-profit.

“As a purpose-focused ‘mega site’ in the metro Atlanta region, this project offers a unique opportunity to tie the unmatched research capabilities provided by our university system to strategic industry areas where the state excels — agriculture, the environment and health sciences,” Wilson said.

Gwinnett Chamber President and CEO Nick Masino said he sees Rowen transforming Gwinnett in the future in the same way that past development, such as Technology Park and the Western Electric Plant, which is now home to OFS, served as catalysts to transform Gwinnett from a rural community to more urban community that it is now.

“It is absolutely as important in the timeline of those other developments, it’s just that we’re a much more mature community, and in the past, we were much more open to general uses (but) the county and the nonprofit foundation board is going to be very specific about what’s allowed in the park,” Masino said.

Officially, the two will separate entities, but Nash didn’t rule out the possibility that their respective work will tie into each other.

“I absolutely see ways that the two could play off of each other,” she said. “We may have folks who are doing some type of research at Rowen and they have the opportunity to use use our state-of-the-art water treatment facility and our water facilities as real world examples of what is happening.”

Masino said Gwinnett has already a destination for innovation with research and development in areas such as telecommunications and genetics already taking place at businesses located in the county. Part of that, he said, is due to STEM educational programs at K-12 schools such as the Gwinnett School of Math, Science and Technolog, the Paul Duke STEM High School and the McClure Health Sciences High School.

“Rowen and The Water Tower will just accelerate what we’re already strong at,” Masino said. “We will, in 10 years, be more of a household name in innovation than we already are.”

Rowen is not an idea that was cooked up recently.

County Commissioner Tommy Hunter said he and Nash discussed the idea of a project like Rowen as far back 2013, but Commissioner Jace Brooks said he felt it’s something county officials have dreamed about for decades.

“It’s exciting to finally have gotten here to this point from 2013,” Hunter said. “It’s something that we hoped for that we could pull off because of what it could do for us in the future for our children and our grandchildren to have the opportunities to find work and the opportunity, at this one spot, to not have to leave Gwinnett County to be able to take their innovative minds and use them to better everyone around.”

Other commissioners shared Hunter’s and Nash’s enthusiasm for the project.

“I’m excited about this project and the research opportunities and the future technologies that are going to be able to come out of this project and this research center, and to be able to connect all of our universities and colleges and the great minds that we have here in Georgia to really create the next generation of technology and innovation here in Gwinnett,” Commissioner Ben Ku said.

Commissioner Marlene Fosque said she is ecstatic about the project.

“When we think about the future and we think about 30-40 years down the line and the impact that we will make with this project, I’ve already been practicing MAE — MAE meaning medical, agricultural and environmental — already looking at the focuses and what we’re going to be doing with the biomedical research and the technology and the innovation,” Fosque said.

“And, really it’s not just about Gwinnett County. It’s about impacting lives, changing generations, thinking about how, when we have the COVID — who knows, we may have a medical facility that will come up with an answer for whatever illness may be out there just because of what we will be doing (at Rowen).”

A home to innovation

In the works for years

Gwinnett County leaders are not officially saying the new economic development millage rate that is appearing on property tax bills in the county is only designed to pay for the massive Rowen project, but they saying it helped spur the tax's creation.

It's bold and risky. The RTP had that special something, but just as often these sorts of projects are not successful. What specific businesses will locate there? Will they "seed" the park with a nonprofit research institute, as was done with the RTP? There has also been the thinking in recent years that the low density, woodsy business park is an outdated concept even for the RTP, and that Millenials would not want to work there. There were those who wanted to have a bit more of a concrete jungle in the RTP, to make the Millenials happy. Has that been considered?

PepsiCo knows everyone is drinking cocktails at home. So it's launching a booze mixer

Americans support teachers getting Covid-19 vaccine before schools reopen, according to new survey

A third vaccine for the US may be just days away

Traumatized and tired, nurses are quitting due to the pandemic