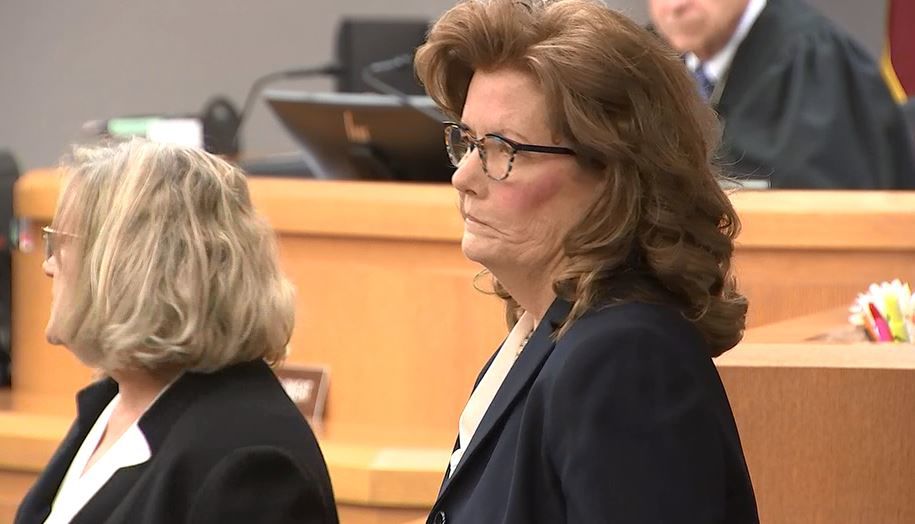 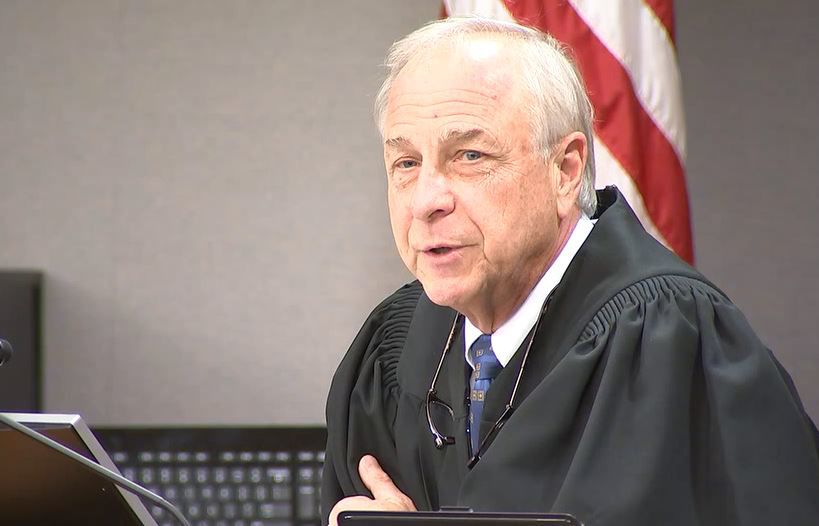 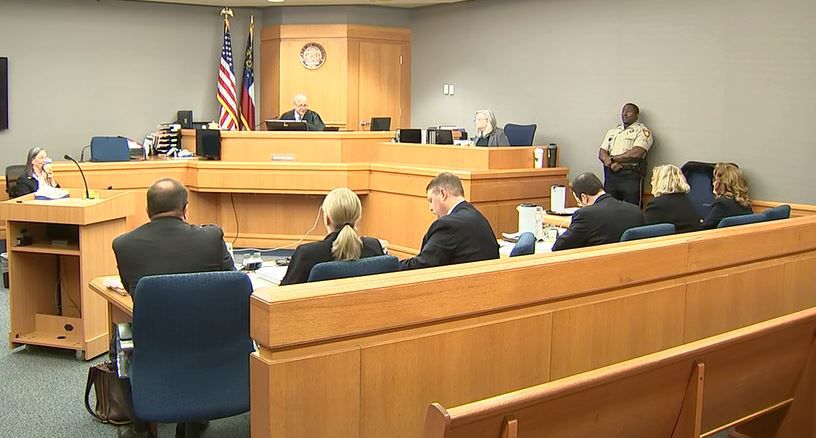 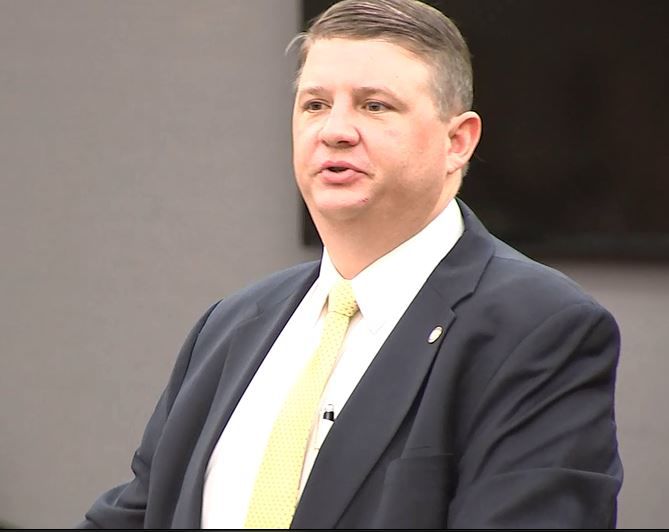 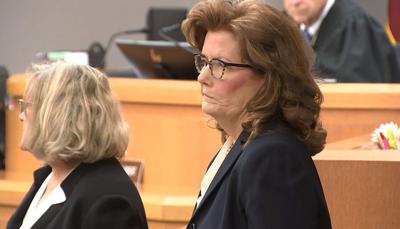 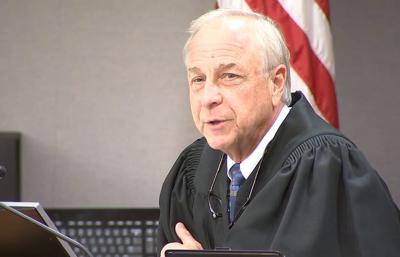 As Gwinnett County Superior Court Judge Kathryn Schrader’s trial for alleged computer trespassing began, some of the reasons why she thought her computer had been hacked started to emerge.

Opening statements and witness testimony began Tuesday morning in Schrader’s trial, and several witnesses — including District Attorney Danny Porter, Gwinnett court officials, a Georgia Bureau of Investigation agent and Gwinnett IT employees — testified for the prosecution throughout the rest of the day.

Until Tuesday, the reasons for why Schrader believed someone, possibly Porter, was hacking her computer had been undisclosed. Revelations that Schrader had reported several computer issues to the county’s IT department before she decided to bring in a private investigator came to light on Tuesday.

“She explained to me the current climate of the computer problems that she had had and also about the fact that she felt like an outsider, she felt there may be some type of conspiracy against her here at the GJAC,” GBI Special Agent Sara Lue testified as she recalled one of her three meetings with Schrader about the computer access.

Schrader is the last of four defendants who had been charged with computer trespassing. The other defendants — T.J. Ward, former Forsyth County sheriff’s deputy Frank Karic and Ed Kramer — each reached deals with prosecutors which means they are expected to testify during the trial.

In the unusual case, Schrader is accused of hiring Ward after she thought District Attorney Danny Porter was hacking into her work computer. Ward then brought in Karic and Kramer, to place a “Sharktap” monitor on the judge’s computer.

Prosecutors argue that gave Karic and Kramer — who has had multiple run-ins with the Gwinnett law enforcement over the years and entered an Alford Plea on child molestation charges in 2013 — access to Gwinnett County’s computer network.

Bernstein also alleged assistant district attorneys had gained access to photos of Schrader’s son, as well as a copy of her son’s passport, that she had on her work computer.

“I believe the evidence will show you as we go through this case ... that she is not guilty, that she had grave and legitimate concerns that something was wrong with the computer (and) that she was a victim of those who would not listen to her, or search for a problem,” Bernstein said.

“She gave them grave and serious issues that were happening.”

Lue testified that Schrader told her she did not trust anyone at the Gwinnett Justice and Administration Center.

“She believed her office had been bugged,” Lue testified.

Bernstein also said during her opening statement that Kramer did not give Schrader his real name when he met her — he allegedly introduced himself as “Elliott” — because of the previous criminal case against him.

As a GBI digital forensic investigator testified Tuesday afternoon, audio of a phone conversation between Kramer and Schrader showed she at the very least did not know whether the person she was talking to lived in the area.

“Are you in metro Atlanta,” Schrader could be heard asking Kramer.

But, prosecutors have countered with witnesses who testified about prohibitions in county IT policy against bringing in non-county employees and giving them access to Gwinnett’s internal computer network.

“That’s what it says in the handbook, you cannot bring in anybody from the outside,” Hayat Zamayar, who does IT work in the county’s court administration office, testified.

The case is being prosecuted by the Prosecuting Attorneys’ Council of Georgia due to Schrader’s belief that Porter had hacked her computer.

“This wasn’t outside forces reaching in,” prosecutor Robert Smith told the jury during his opening statement. “There was an internal component. The defendant in this case was the one who actually opened the door to allow data to be taken from the network and sent out to be reviewed and potentially to be analyzed.

“The network was altered. The data flow was interrupted.”

Zamayar testified that it appeared the NCIC and police reports were inadvertently printed on Schrader’s printer by a Gwinnett police officer from the police department’s South Precinct.

The judge’s printer was on a shared network meaning it showed up along side a long list of other printers that could be chosen, Zamayar said. He testified the printer was removed from the list as a remedy to the issue.

Zamayar also testified that the personal items related to Schrader’s son were inadvertently available on a drive that was accessible from a computer in GJAC’s law library. It was removed from the drive as a remedy, he said.

“In all of your dealing with the defendant, and her county issued computer, did you ever discover any evidence of someone hacking her computer,” prosecutor John Regan asked Zamayar.

“I did not,” Zamayar said in response.

The access that Kramer had to Schrader’s computer was discovered when he was arrested on unrelated charges in early 2019, and computers at his home were seized. Porter testified Tuesday morning that he reached out to Schrader’s office after investigators discovered a file folder with the judge’s name on it located on a computer that belonged to Kramer.

The folder contained PCAP files from the county’s computer network at the courthouse that had been accessed through Schrader’s computer. An official form Gwinnett County’s Information Technology Department testified that PCAP files are a record of traffic on the computer network.

“Based on what had been brought to my attention through the initial forensic analysis of the computer, as well as the photographs that were taken at the scene, there were indications that her network may have been compromised or tapped and I wanted to go upstairs and warn her about it,” Porter said.

The district attorney said he offered Schrader the assistance of his office’s forensic investigators. He testified that he believed at the time that someone had somehow gained access to her work computer through her home computer.

“In response to my warning, she thanked me for warning her,” Porter said. “She indicated she didn’t know anything about that. In terms of my offer of my investigators going out to examine, I didn’t at the time think we needed to go into her house. We could look for it outside. She said she would think about that and she changed subjects to ‘Was I aware of computer problems she was having.’ “

Schrader initially recused herself from hearing criminal trials prosecuted by Porter’s office, but a state judicial council suspended her all together after she was indicted last fall.

The trial resumes at 8:30 a.m. Wednesday at the Gwinnett Justice and Administration Center, which is located at 75 Langley Drive in Lawrenceville. Ward, Karic and Kramer are expected to testify Wednesday.

This lady is one big NUTCASE

This should be an interesting trial. Accusing the DA of hacking into your computer for what reason exactly? Break out the tinfoil hats!

Clearly she had reasons. So many reasons that she exhausted her search from within the own courthouse. Somethings not right here.

Yes, it is called "psychotic paranoia"

"Why?" is moot. This gal is clearly delusional. She needs to be removed from the GC bench permanently. Every employer I have had has reserved rights on the hardware, software and documents on the machine they LEND me.

Vols running out of chances to secure postseason berth