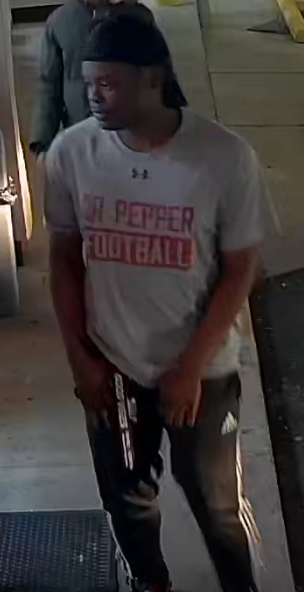 Police said the incident occurred on Dec. 21 at a Shell located at 1745 Indian Trail Road in Norcross.

Police said two males suspects originally were picking up items up and setting them down in different areas of the store. The store clerk was suspicious that the two men were planning to steal merchandise and accused the two men of stealing when they were leaving the store.

Police said one suspect turned around and walked up to the clerk. The suspect is seen on camera rolling his shoulders back, puffing out his chest and making fists. The clerk retreated to safety behind the cash register.

Police said the suspects got into an early 2000’s Mazda or Hyundai.

Police ask anyone with information to contact detectives at 770-513-5300. To remain anonymous, tipsters should contact Crime Stoppers at 404-577-TIPS (8477) or visit www.stopcrimeATL.com. Reference case number 19-117646 when reporting information.