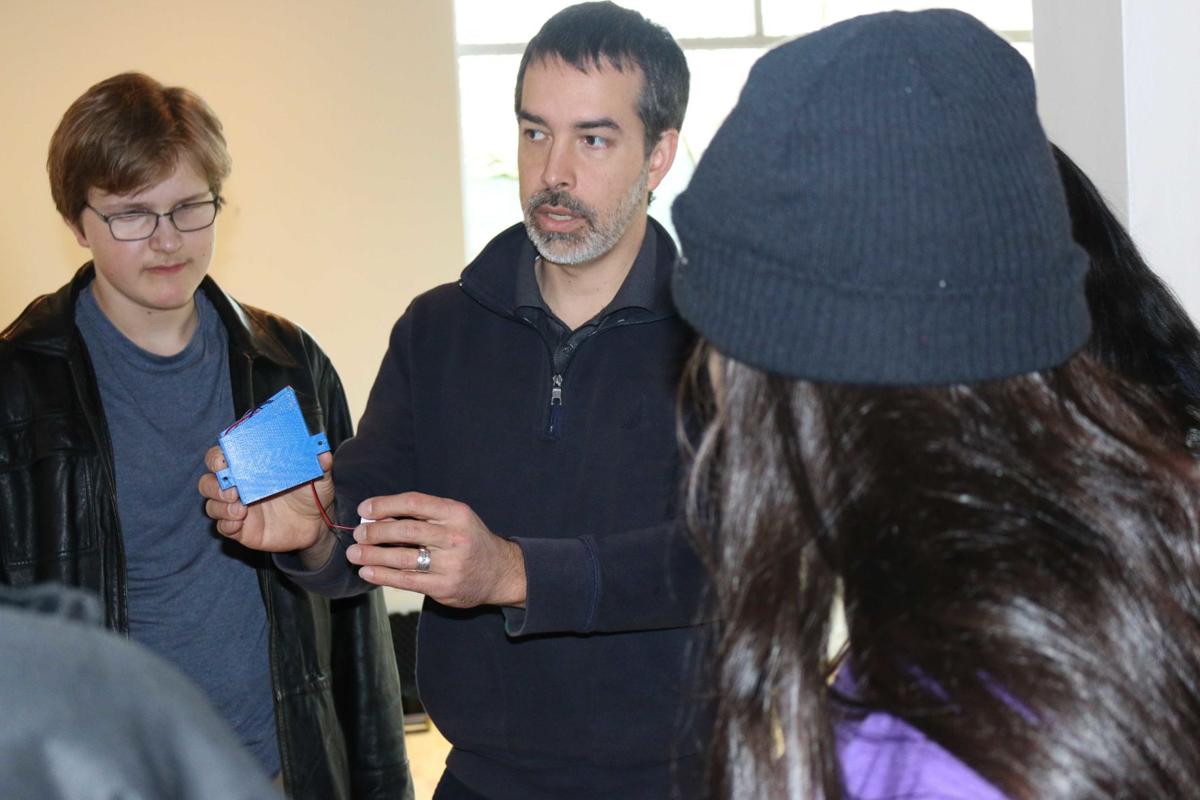 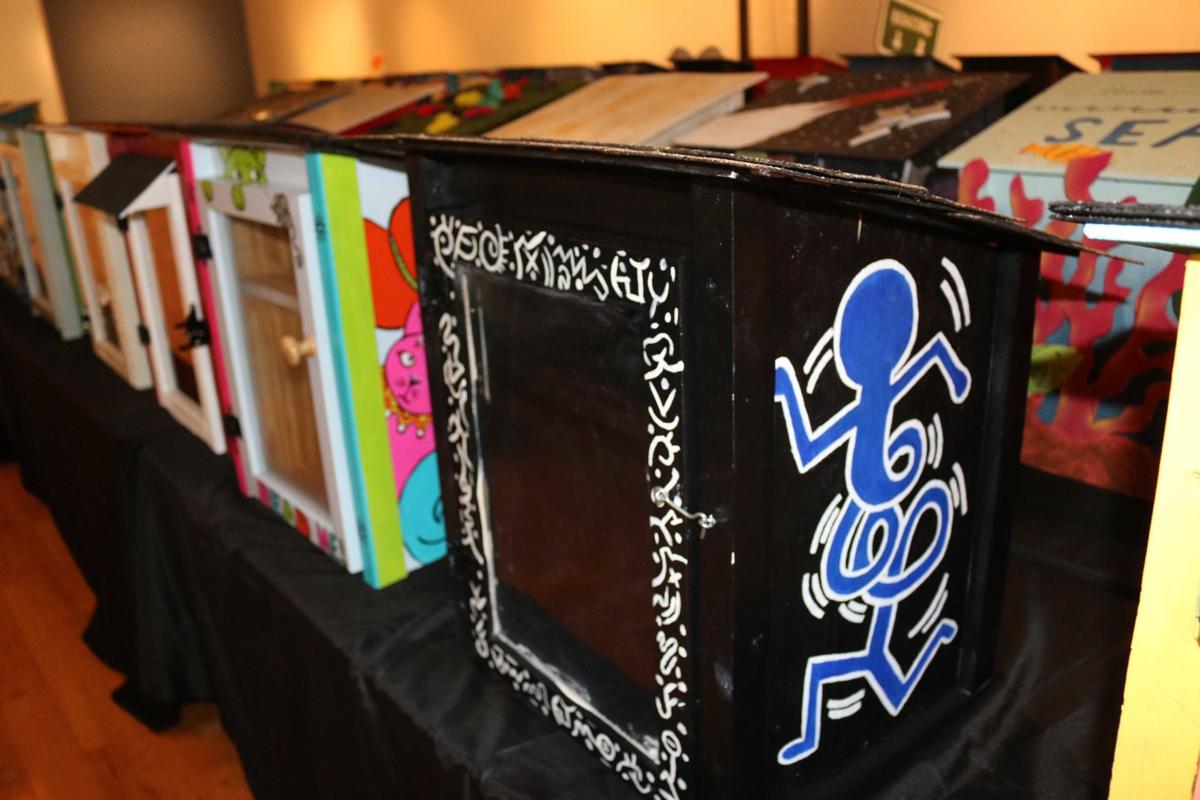 Paul Duke STEM High School engineering students designed sensors that they installed inside book exchanges to track their use. 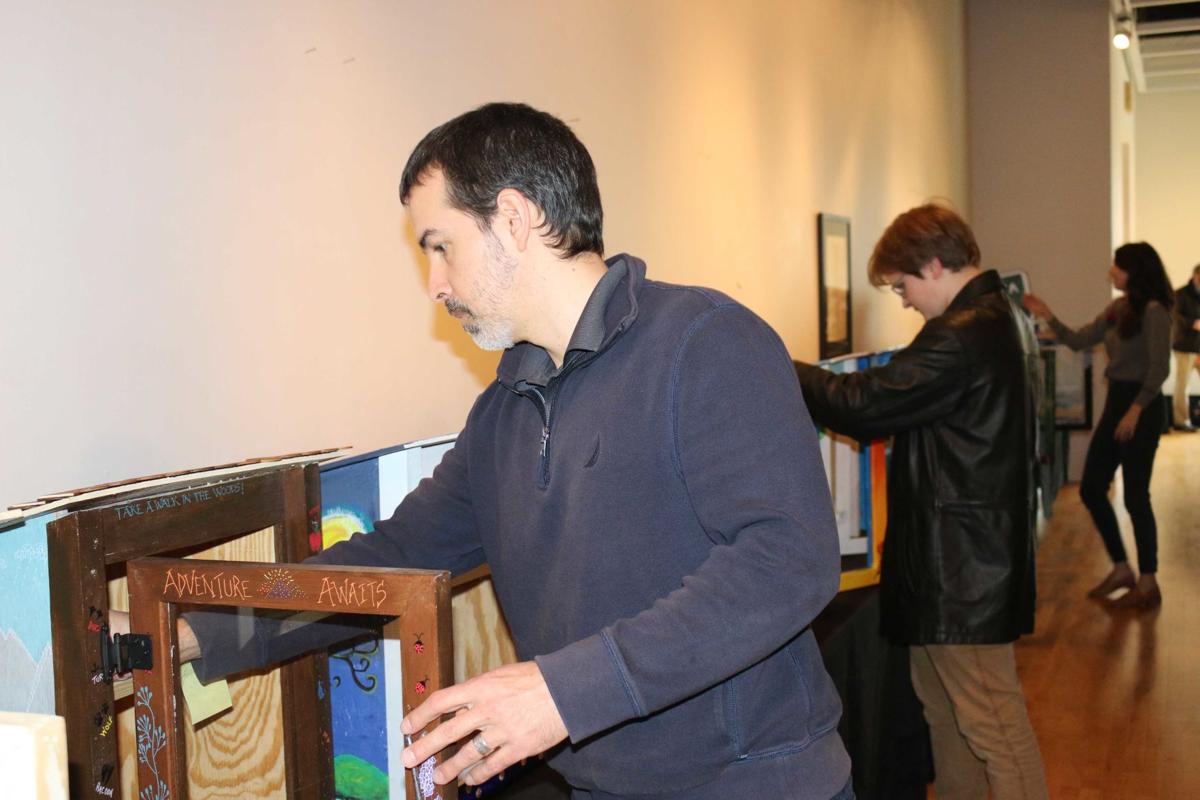 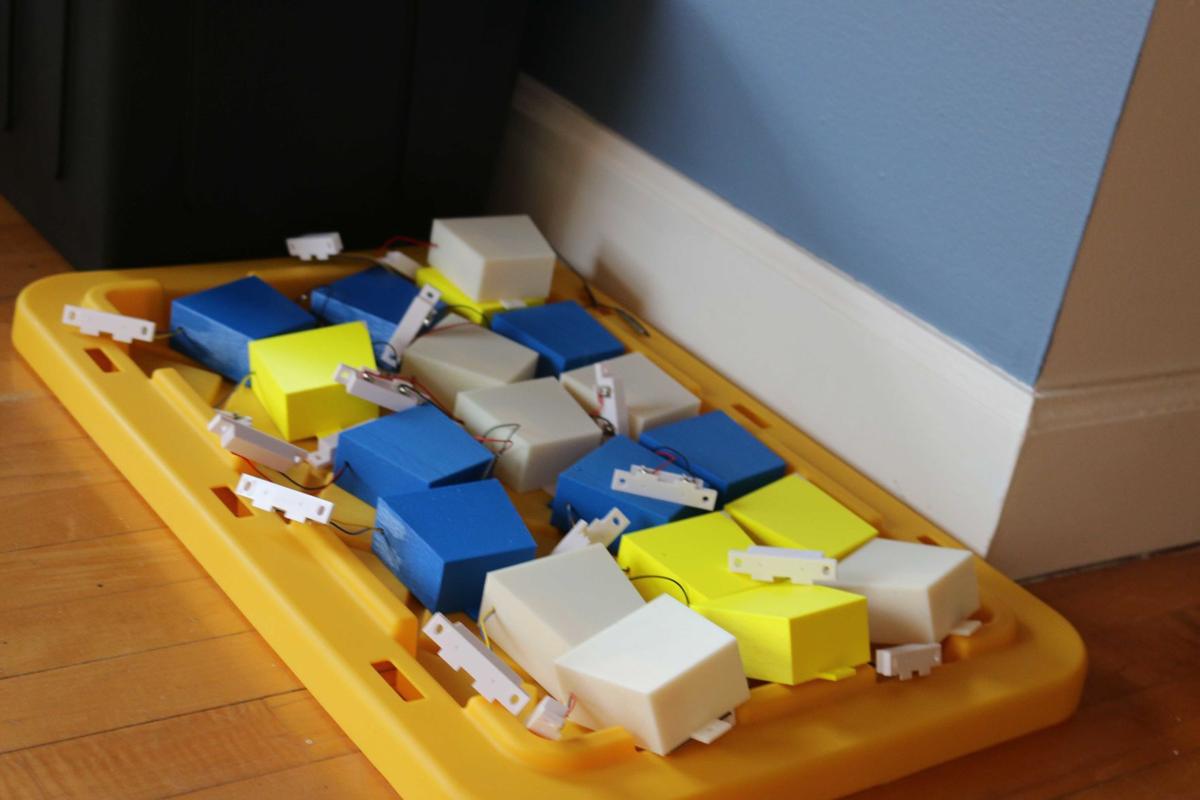 Top: Paul Duke STEM High School engineering students made sensors and 3D-printed containers that they installed inside book exchanges to track their use. Above: Paul Duke STEM High School engineering teacher Stephen Cochran demonstrates to students how to install sensors in book exchanges on Friday at the Hudgens Center in Duluth. 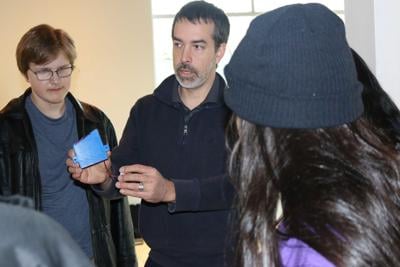 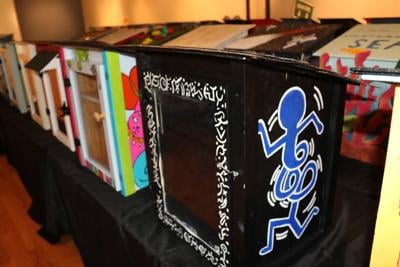 Paul Duke STEM High School engineering students designed sensors that they installed inside book exchanges to track their use.

Top: Paul Duke STEM High School engineering students made sensors and 3D-printed containers that they installed inside book exchanges to track their use. Above: Paul Duke STEM High School engineering teacher Stephen Cochran demonstrates to students how to install sensors in book exchanges on Friday at the Hudgens Center in Duluth.

The handful of Paul Duke STEM High School students moving bulky wooden cabinets at the Hudgens Center for the Arts on Friday morning signed up for an engineering project, not manual labor.

While none of the students received physical education credits for transporting dozens of book exchanges from a storage room in the museum to an exhibit hall, they were eager to put the finishing touches on the book exchanges by installing devices they’d been perfecting for the past few months.

The Gwinnett Coalition for Health and Human Services’ early learning initiative, G.R.E.A.T. Little Minds, expanded its partnership with Gwinnett County Public Schools further on Friday when the students installed sensors that will be able to give live feedback regarding which of the book exchanges are the most active once they are placed with stewards.

Paul Duke students in Stephen Cochran’s third-level engineering and mechatronics class had designed digital sensors that will be installed in the doors of the book exchanges that will provide data reporting how often the doors of the exchanges open and close. The sensor is a conceptually simple reed switch, which functions similarly to a home security system. A magnet creates a closed circuit that activates the switch. It triggers a digital component to send a signal over wifi or cellular that one of the book exchanges has been opened.

Simply put, the devices will be able to tell the Gwinnett Coalition whether a book exchange has been placed in an active area or whether it needs to be relocated.

“One of the things we do in our classrooms is we try to have our kids come up with projects that will have an impact in the Paul Duke community,” Cochran said. “This one obviously went large and we’re able to positively impact Gwinnett through literacy.”

The book exchange initiative began as a way to provide early-childhood books to children with low access to reading, but the scope of the project’s impact goes beyond that. Tyler Howard, a senior at Paul Duke, is fulfilling an internship credit with Cochran. He designed plastic containers for the sensors that were 3D-printed at Paul Duke. The container protects the sensor from damage as the doors open and close.

“It makes me feel like my work is actually doing good for my community,” Howard said. “Most times you have projects that mostly pertain to the school itself. That was actually the whole hope of the internship program to begin with, having work that doesn’t pertain just to school but helps out the community as well. That’s what I hope to do becoming an engineer.”

GCPS students have been involved in the project from the start. Maxwell High School of Technology manufacturing students mass produced the book exchanges earlier this school year. The Gwinnett Coalition ushered in artists to decorate the book exchanges late in 2019. Goodwill, community partners and individuals have supplied thousands of books to stuff the exchanges and the Gwinnett County Sheriff’s Office had inmates and volunteers pack the exchanges with reading material.

“I think this is the true example of a community effort around an issue,” said Kim Holland, Gwinnett County Public Schools Director of Early Learning and School Readiness. “The need was seen that we need to get books in the hands of families and kids. … It will take community members to also steward the books. That’s one of the pieces about this G.R.E.A.T. Little Minds Project that’s truly bringing the community together.”

Holland’s office is helping Gwinnett Coalition pinpoint communities with low access to books where the exchanges can potentially be most useful.

The public got the first glimpse of the project on Saturday morning at the Hudgens Center. The decorated and newly-upgraded exchanges were on display in one of the exhibit halls. Guests could also bring books fit for children from infancy to 8 years old to donate.

The next step for G.R.E.A.T. Little Minds is to find stewards for the book exchanges. The vision is for the little libraries to be placed indoors and outdoors at local businesses and city parks around the county where the public can use them on a take-one, leave-one basis.

Are you an artist looking for a project to help the community? The Gwinnett Coalition is calling for artists to help decorate book exchanges that will be placed in areas throughout Gwinnett County.

More than half of Gwinnett County's kindergarteners are unprepared when they start school. Early learning initiatives were a focus of Gwinnett County Public Schools Superintendent J. Alvin Wilbanks' address to state legislators on Thursday.

Chispa, the Spanish word for “spark,” is a daily program designed to socialize hispanic children and prepare them for preschool from infancy to kindergarten age, and it also teachers their parents how to be their children's first teachers.

PEOPLE HELPING PEOPLE: Here's how you can help promote early reading in Gwinnett

To continue this project we need your help. The next stage is making sure the book exchanges are placed into high traffic areas in high need locations. We are pinpointing these areas where we have found a lack of access to books.

The Gwinnett Coalition for Health and Human Services’ G.R.E.A.T. Little Minds project is continuing to move forward even amid social distancin…

Wednesday marked the first-ever graduation ceremonies for Paul Duke STEM High School and McClure Health Science High School, but, due to the COVID-19 pandemic, each school had to mark the milestone with virtual ceremonies instead of traditional commencements