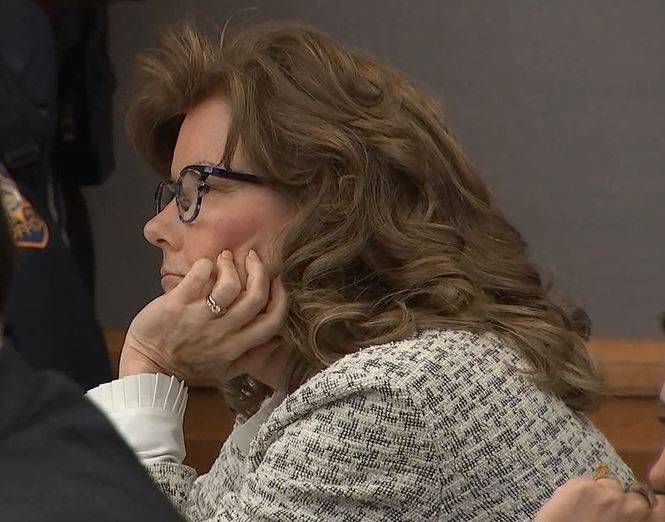 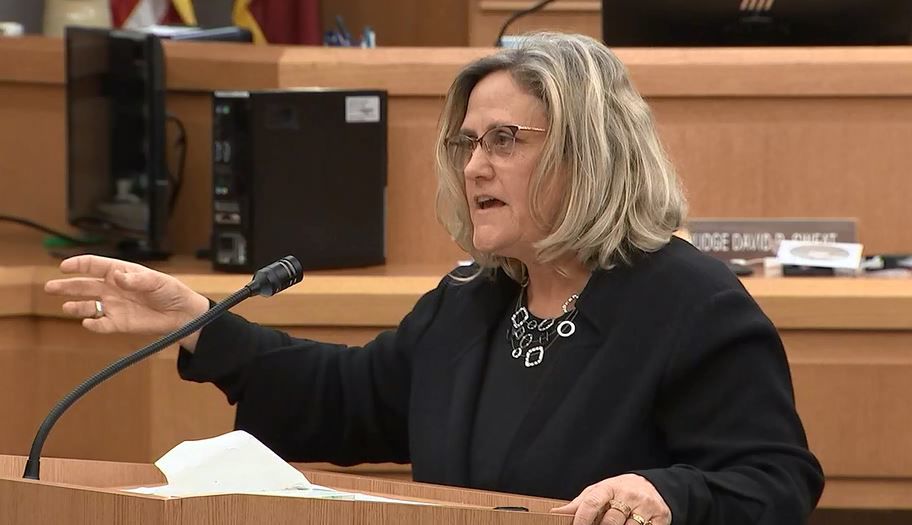 B.J. Bernstein, the attorney for Gwinnett County Superior court Judge Kathryn Schrader, makes her closing arguments in her client’s computer trespassing trial on Friday. A jury that heard evidence in the case went home Friday afternoon without reaching a verdict and will resume deliberations Tuesday. 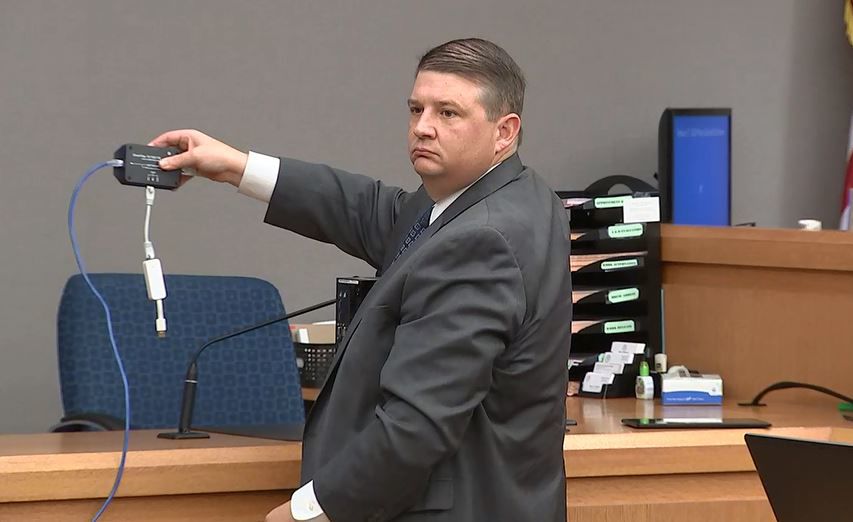 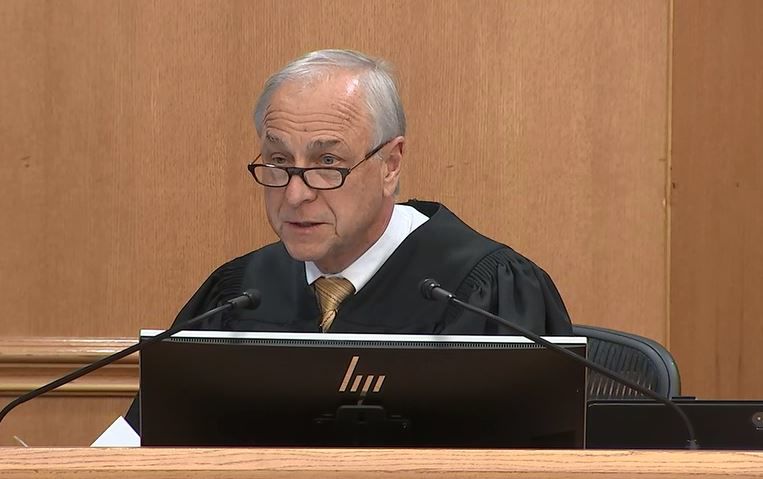 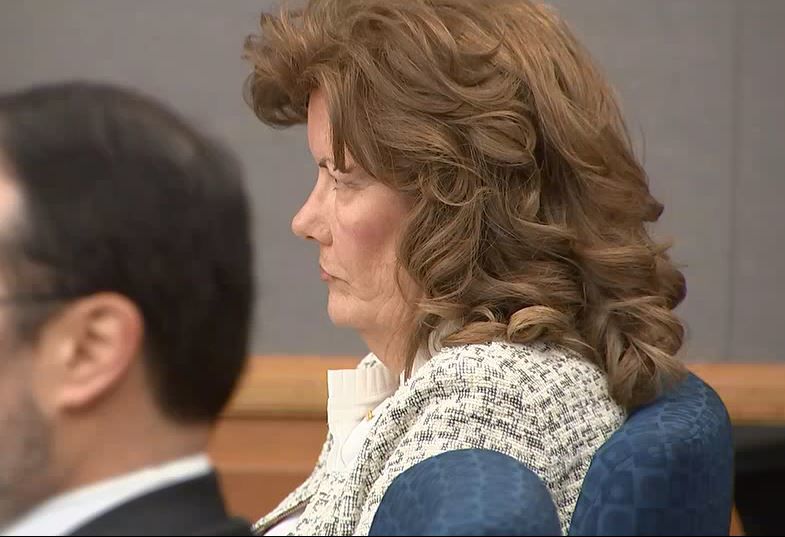 Gwinnett County Superior court Judge Kathryn Schrader listens to closing arguments in her computer trespassing trial on Friday. A jury that heard evidence in the case went home Friday afternoon without reaching a verdict and will resume deliberations Tuesday. 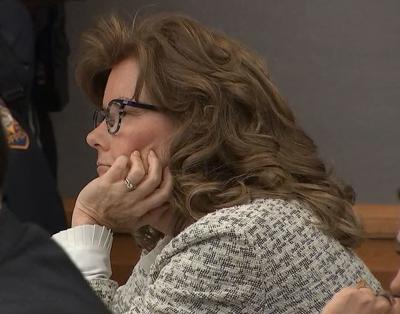 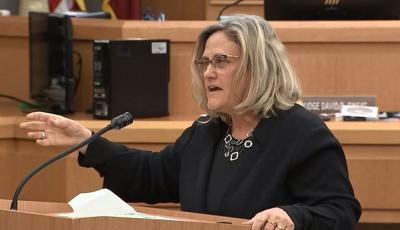 B.J. Bernstein, the attorney for Gwinnett County Superior court Judge Kathryn Schrader, makes her closing arguments in her client’s computer trespassing trial on Friday. A jury that heard evidence in the case went home Friday afternoon without reaching a verdict and will resume deliberations Tuesday.

Gwinnett County Superior court Judge Kathryn Schrader listens to closing arguments in her computer trespassing trial on Friday. A jury that heard evidence in the case went home Friday afternoon without reaching a verdict and will resume deliberations Tuesday.

Gwinnett County Superior Court judge Kathryn Schrader will have to wait a few more days before she finds out whether a jury will find her guilty of computer trespassing, or if it will acquit her.

The jury that heard the case against Schrader this past week went home Friday without reaching a decision in the case and the jury forewoman told Judge David Sweat that the jury would need to return next week to continue deliberations. Monday is the Presidents Day holiday for the courts, so that means Tuesday is the earliest a decision could be reached.

“Ladies and gentlemen, it’s getting a little late on Friday afternoon so I wanted to inquire about how late you wanted to deliberate, and after speaking to the foreperson, decided that we will adjourn for the day and we will need to reconvene Tuesday,” Sweat told the jury.

The jury spent the later half of Friday deliberating the case after hearing closing arguments in the morning, followed by a lunch break.

As both sides made their final arguments before the jury, the defense and prosecutors painted very different pictures about who Schrader is.

Victim or architect of improper access to the county’s computer network? That is the question attorneys on both sides left the jury to answer.

Schrader’s attorney, B.J. Bernstein, painted the judge as a victim whose concerns about the security of her work computer were not adequately addressed by county officials, and ultimately had to take matters into her own hands.

“Yes, Judge Schrader had genuine concerns about protecting herself,” Bernstein said. “All during this time, Denise (Fuller), who works here, indicated people started thinking ‘The judge is just crazy’ and the staff dismissive of her.”

Meanwhile, prosecutors Robert Smith and John Regan painted Schrader as the perpetrator of a scheme which they argued put the security of the entire computer network at the Gwinnett Justice and Administration Center, more commonly referred to as GJAC by county leaders, in jeopardy.

“Private data should never be made public, but ladies and gentlemen of the jury, that’s exactly what the defendant and her co-defendants did with her actions,” Regan said in his closing argument. “She took the private data inside the Gwinnett Justice and Administration Center’s network, a private network owned by Gwinnett County, and put it out in the world, in the ether. It is not to be dismissed.

“The defense is trying to shift your focus from what the judge did, what the defendant did, to why she did it. It doesn’t matter why she did it. She has come up with numerous excuses for why. She thought something was wrong with her computer. She didn’t think Gwinnett IT knew all of the answers. She didn’t trust anybody in the courthouse. She didn’t like the district attorney. She thought that people might be planting things on her computer, so she wants to blame everybody for what she did. But at the end of the day, the crime is not why she did it, but did she do it? Ladies and gentleman of the jury, she did it.”

For better or worse, the trial did put a spotlight on the computer network at GJAC.

On Thursday, Schrader’s attorney put witnesses on the stand who testified that the computer network at the county’s courthouse dated back to the early to mid-1990s. In addition to housing the courts, GJAC also houses some non-court departments including the Board of Commissioners, county administration and tax commissioner and tax assessor.

As part of her closing, Berstein hammered the county for having what one defense witness, forensic investigation expert David Kalat, had testified on Thursday as being an out of date computer system.

“David Kalat indicated it goes back to ... the computers in Gwinnett County are at a 1993 level of security,” Bernstein said. “It is mind-boggling. Millions of dollars are spent on this building: the new parking deck and changes and updates to the courthouse.

“And, yet this county, Gwinnett County, this court system neglected the most important functions: computers that carry the records of citizens on legal issues, taxes, licensing, all of that — 1993 and we’re talking about we’re in 2020.”

“The defense is trying to shift your focus from what the judge did, what the defendant did, to why she did it. It doesn’t matter why she did it. She has come up with numerous excuses for why. . . . But at the end of the day, the crime is not why she did it, but did she do it? Ladies and gentleman of the jury, she did it.”. . . This is the "Hillary Defense". Sorry, she's guilty.

In order to be guilty the state must prove she did not have authority and the actions performed removed data, interfered with the network or altered the network. There is no higher authority in the county. It is technically impossible for a SharkTap to remove data and there was no evidence of any interference. You could argue that it altered the network but no network components were altered. So it is not as simple as "She did it"

Curt, you quoted PAC's John Regan lying to the jury. No private data left the Gwinnett County network when it was monitored. Expert witness David Kalat explained that PCAP files only contain technical descriptors of network packets and they have unintelligible meaning to humans. No private data content left the network. Republishing lies only confuses Gwinnett Co. readers

Garlandf If this was the case they why even bother with the tap? Unsecured packets absolutely contain viable information to humans, this is the exact reason why it was used to intercept such data. Mr. Kalat is the one who is misleading the jury. Data is extracted from the PCAP files after they have been captured. In fact PCAP is used to make captured network packets readable and usable to humans, which is absolutely contrary to what Mr, Kalat testified to. Even still after all of these facts, what you are basically saying is akin to someone justifying that they broke into your house but its okay because they didn't steal anything or they can't use what they have stolen from you.

If you had listened to his testimony you would know that Mr. Kalat did not mislead the jury in any way. He was by far the most credible expert who testified. If you were familiar with the case you would know that no data was extracted from PCAP files. The PCAP files in questions did not contain intelligible personal data of anyone in the county. Mr. Regan mislead the jury and that is despicable.

American paychecks just aren't getting much bigger -- unless you're rich

Victoria's Secret is going private. It's only worth $1.1 billion