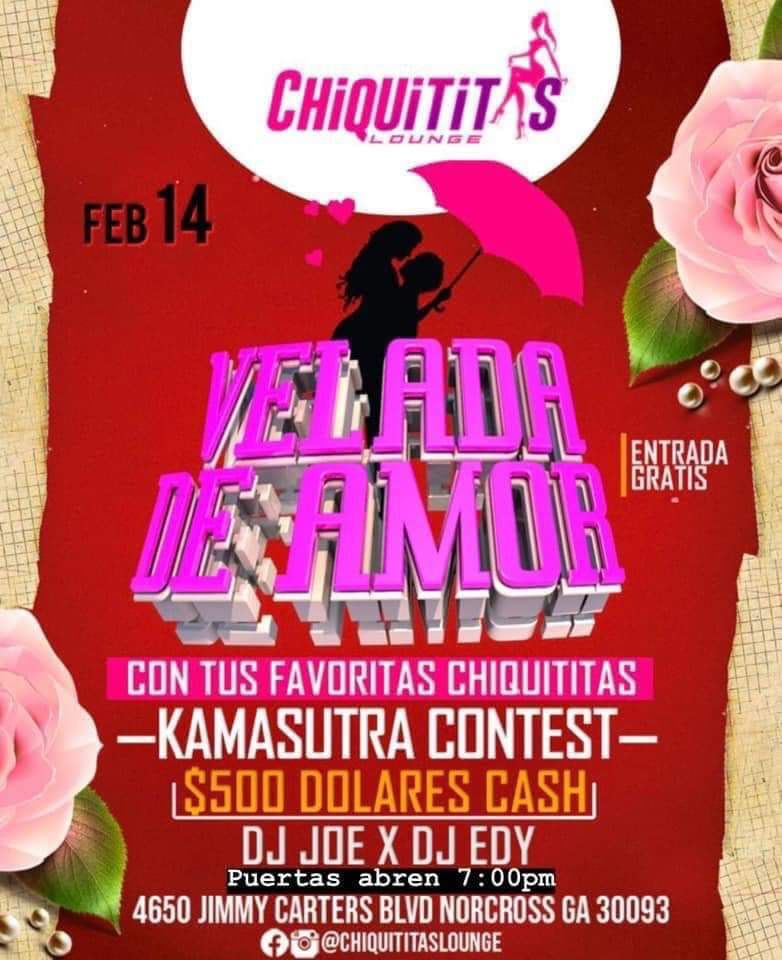 The flyer posted on the business' Facebook page on Feb. 14 reads in Spanish, "Soiree of Love with Your Favorite Chiquititas." It offered a $500 cash prize. 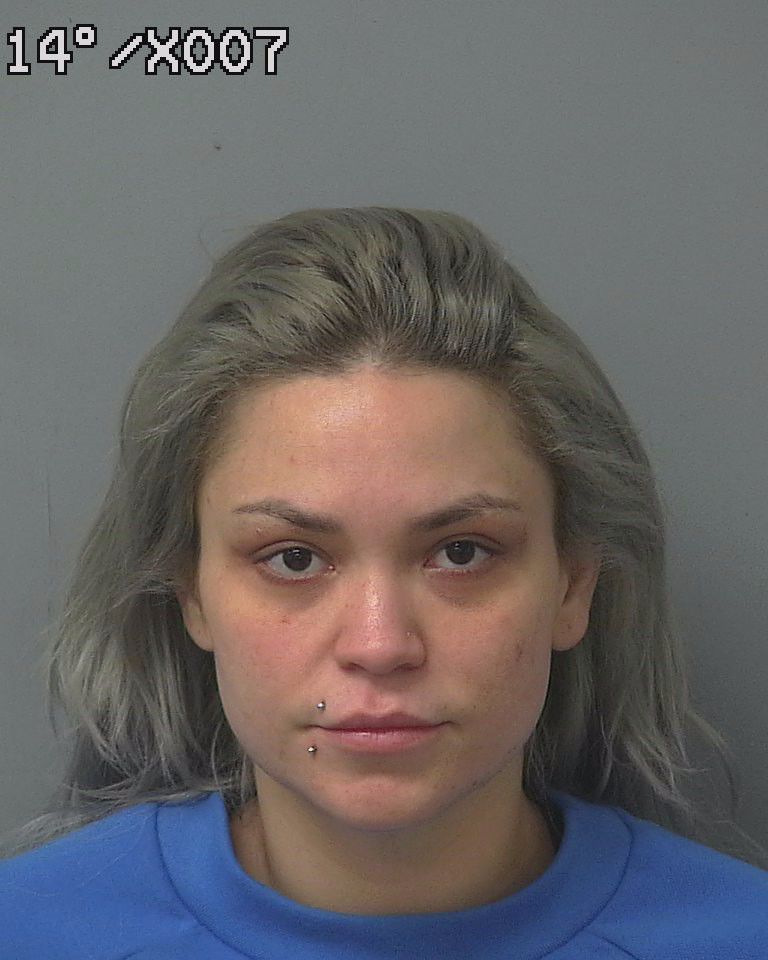 Lizzette Loechle, 32, was charged with promotion or allowance of prohibited conduct and live entertainment/nude dancing after holding a "Kama Sutra contest" at a nightclub in Norcross.

A Lawrenceville woman and manager of Chiquititas Lounge in Norcross is out on bond after hosting a “Kama Sutra contest” at the nightclub on Valentine’s Day.

Lizzette Vela-Loechle, 32, was charged with promotion or allowance of prohibited conduct and live entertainment/nude dancing. She was arrested Wednesday at 3:37 p.m. and released on bond later that night.

According to the business’ Facebook page, a number of patrons “chose to engage in inappropriate conduct” on Valentine’s Day.

A video of the incident that made the rounds on social media shows multiple women dancing on men and engaging in sexual acts on a bed sitting in the middle of the nightclub.

Gwinnett County Cpl. Michele Pihera did not share details of the incident, but said that at this time no other persons have been arrested or charged.

“We were made aware of the incident on Monday, Feb. 17,” Pihera said. “The investigation began shortly thereafter.”

The flyer posted on the business’ Facebook page and Loechle’s personal account reads in Spanish, “Soiree of Love with Your Favorite Chiquititas.” The contest offered a $500 cash prize.

“We do not condone their actions,” a Facebook post on the business’ page stated on Feb. 17. “We immediately notified authorities and began our own internal investigations. In response to our findings, we have terminated the manager on duty at the time, and we are fully prepared to reprimand any additional employees in connection with this unfortunate incident.”

The post goes on to state the business is working on new policies and procedures to prohibit similar incidents from happening again. No details as to the whereabouts of the business’ owners or their knowledge of the event have been shared.

The nightclub is located at 4650 Jimmy Carter Blvd. and is described as a “laid-back hangout featuring hip-hop and Latin DJs, a dance floor, a full bar and flavored hookahs,” according to its website.

Gwinnett County police are searching for three Asian men involved in a shooting at a nightclub in Duluth on Jan. 1.

Gwinnett County police are asking for the public’s help to identify a vehicle involved in a hit and run on Feb. 15 that sent one man to the hospital with serious injuries.

Gwinnett County Police are investigating a fatal accident on Feb. 15 that killed a 27-year old motorcyclist in Dacula.

Gwinnett County police arrested three suspects — a 20-year-old, 17-year-old and 15-year-old — in connection to the deadly shooting of a Loganville man in his driveway.

JENKINS: Thanks to Gwinnett County Parks for helping me stay sane

These black men's experiences were caught on camera, spurring anger and action

Vicarious racism: You don't have to be the target to be harmed