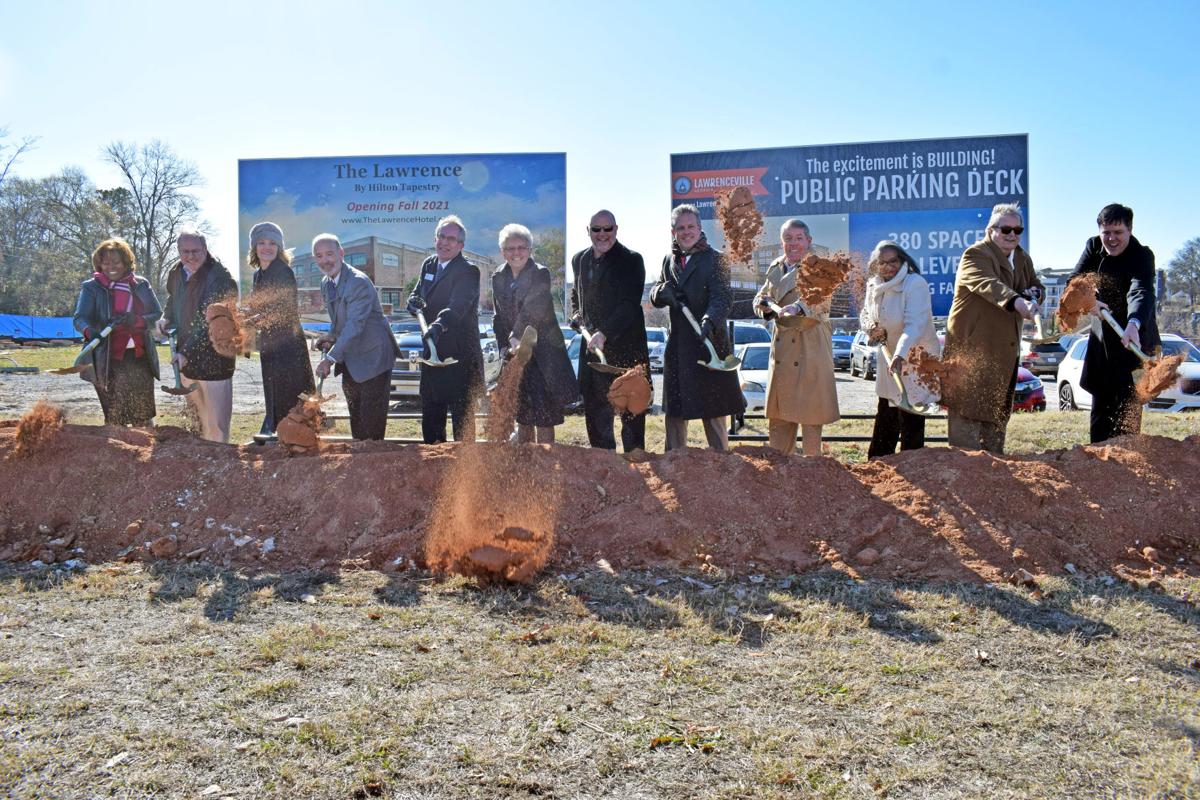 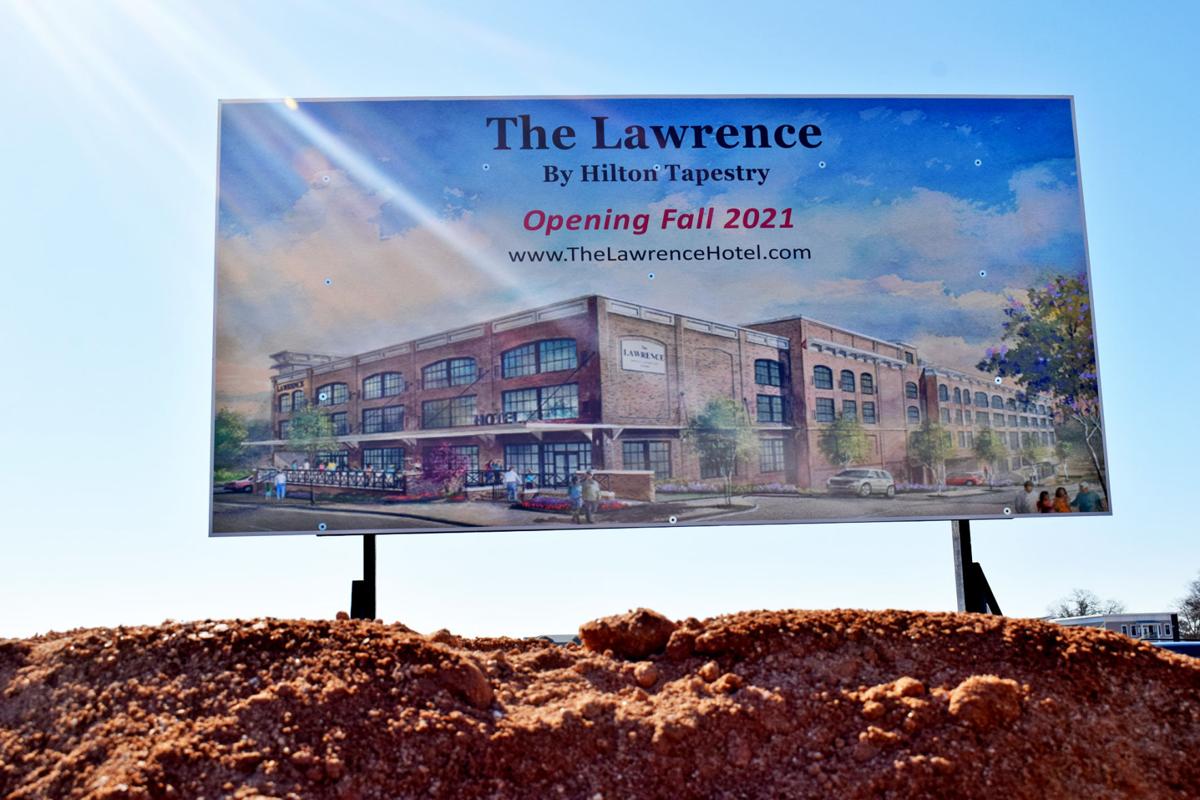 ‘The Lawrence’ Hilton Tapestry hotel and public parking deck will be built at the corner of East Crogan and South Chestnut Streets. 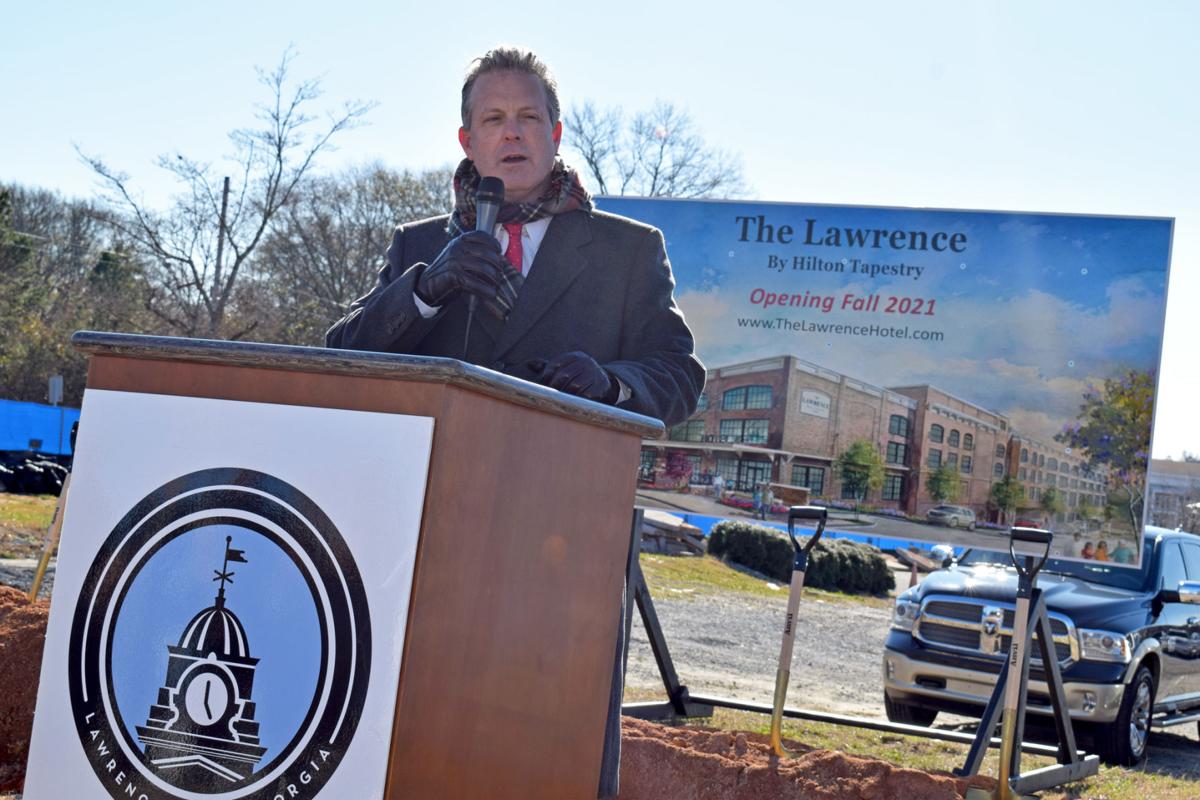 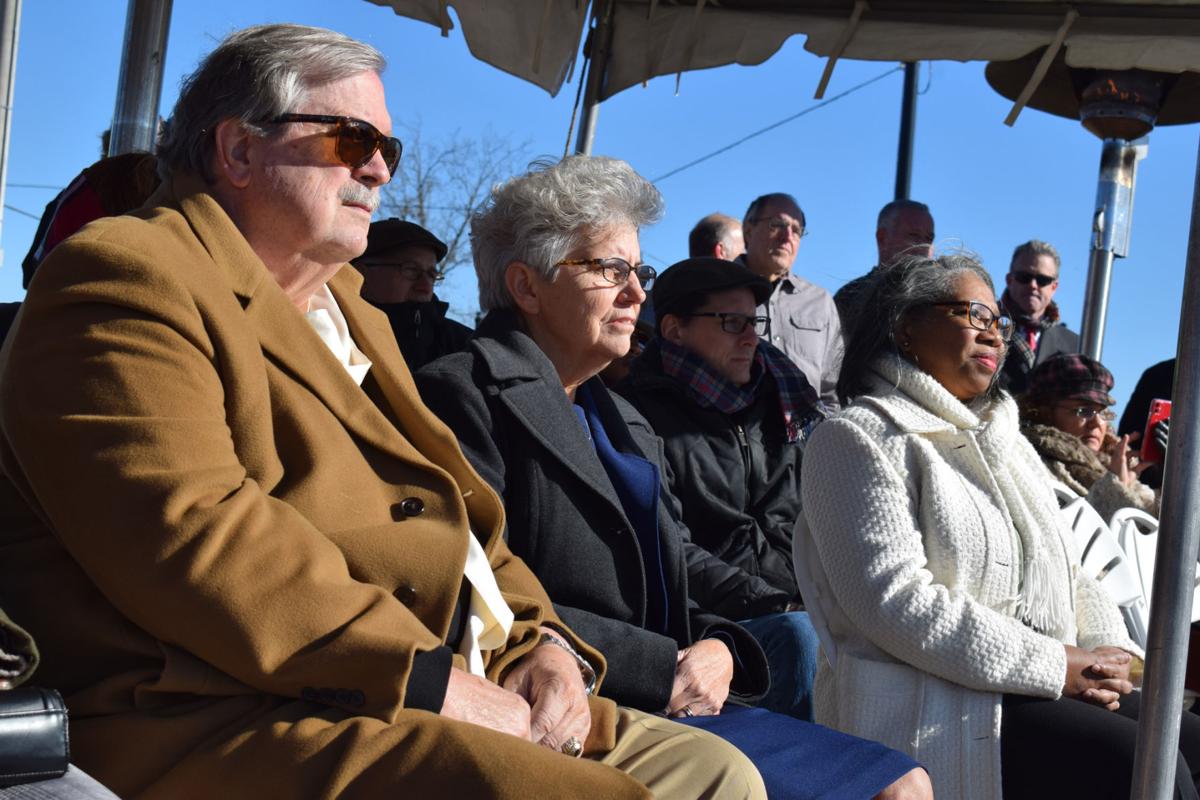 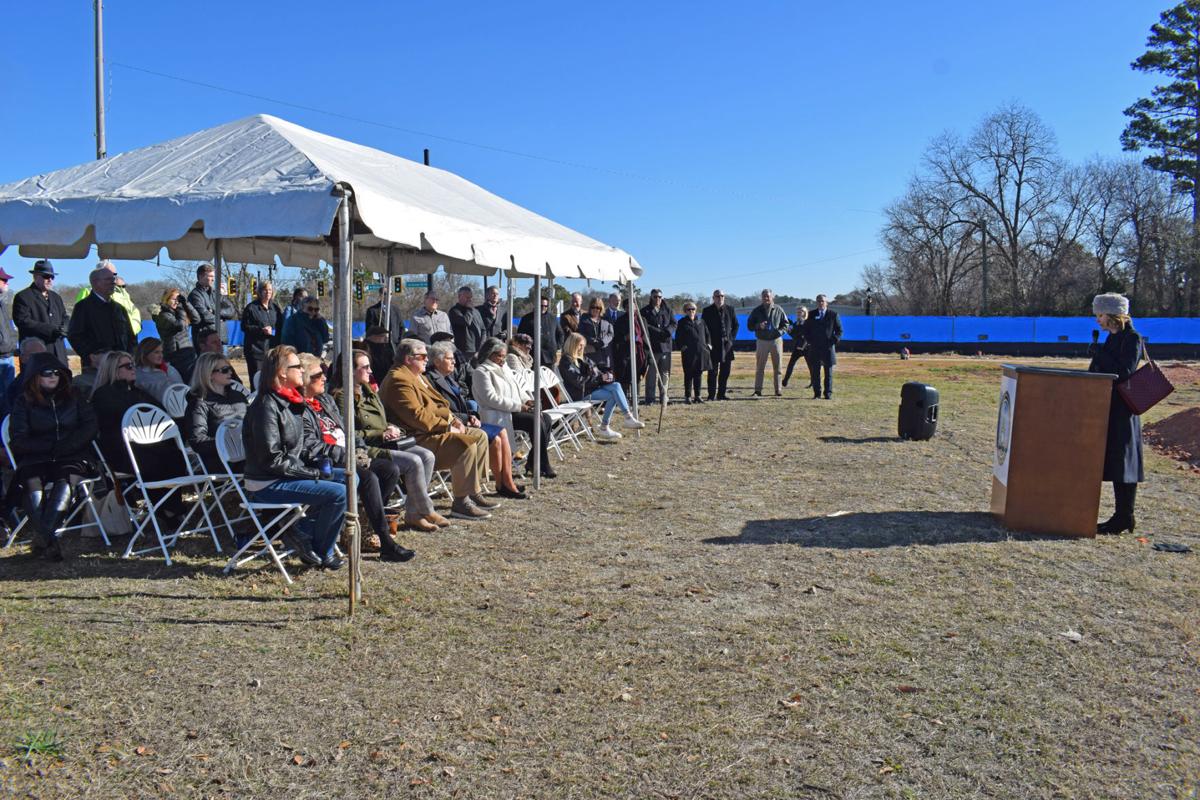 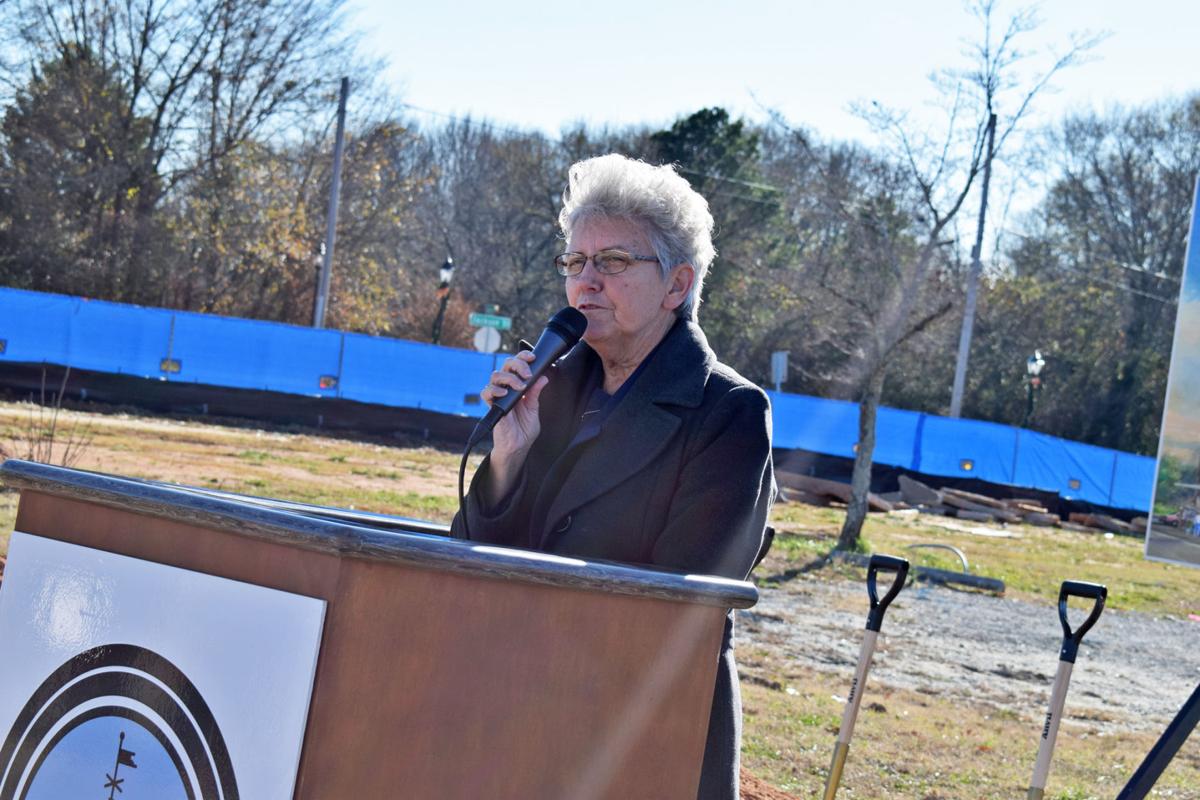 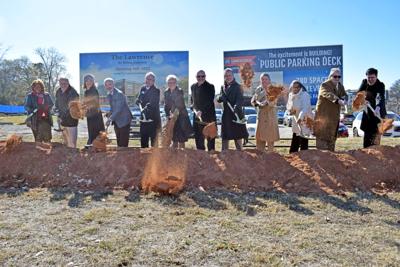 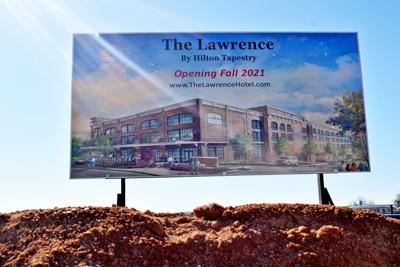 ‘The Lawrence’ Hilton Tapestry hotel and public parking deck will be built at the corner of East Crogan and South Chestnut Streets.

The latest development in a series of downtown projects to break ground in Lawrenceville is an old idea with a new twist for the city.

Decades ago, Lawrenceville had a couple of hotels located directly on the town square, where Dominick’s is currently located. On Thursday, city leaders broke ground on The Lawrence, a 120-room Hilton Tapestry boutique hotel with a 380-space public parking deck attached.

The hotel and parking deck will be located one block off the Lawrenceville Square, at the corner of East Crogan and South Chestnut Streets.

The parking deck will open much sooner, however, with a fall 2020 completion date.

The hotel and parking deck project is a public-private partnership with Lawrenceville working with NorthPointe Hospitality.

“They were not chosen by chance,” Lawrenceville Downtown Development Chairwoman Lee Merritt said of NorthPointe. “Our DDA traveled across the state, visited and vetted and made sure this was who we wanted to work with. I stayed in three different properties that NorthPointe Hospitality owns and runs and I want you to know they are high caliber, top quality, respected brands.”

The hotel’s name is not the only aspect of the development that is expected to pay tribute to Lawrenceville’s roots. It is designed so its architecture evokes memories of the old Genesco Shoe Factory in Lawrenceville.

“The Hilton Tapestry Collection was an outstanding choice for Lawrenceville because it allowed for the independent design and experience that City officials were seeking while guaranteeing the consistent image, service and delivery of the Hilton brand through that unique experience,” said Greg Winey, president and principal at NorthPointe Hospitality Management LLC.

“We are excited to get to work on this project and look forward to serving the Lawrenceville community with a high end, boutique hotel backed by ‘World Class’ Hilton product and service.”

But, there is a deeper importance behind the project than nods to history.

The hotel is seen as a key part of the rapid revitalization of Lawrenceville’s downtown district.

“It’s all intentional to work into the overall plan of what we want to see in the downtown area,” Warbington said of the fact that several projects are roughly happening along the same corridor running through the heart of the city.

Beyond the recent run of downtown development, officials said the hotel will also help serve people who come to Lawrenceville for a variety of other reasons. Those reasons include being in town because of family members who are either attending Georgia Gwinnett College or undergoing medical procedures at Northside Hospital-Gwinnett, visitors flying into Briscoe Field, attorneys involved in long trials at the Gwinnett Justice and Administration Center, people in town for weddings at the county’s historic courthouse or performances at the Aurora Theatre and people coming for other events in the city.

“(The location) makes perfect sense because we have created a sense of place for three of our critical assets in the city of Lawrenceville,” Mayor Judy Jordan Johnson said. “We have Northside-Gwinnett Hospital. This hotel will represent a place where families from out of town and have a place to stay while they’re loved one is going through surgery.

“For Georgia Gwinnett College, which is having its graduation (on Thursday), this will be an opportunity for families to have a sense of place to celebrate the graduating seniors. And for the Aurora Theatre, which is just a block over, it will be a sense of place for artists to come and be close to their venue ... So this is definitely a place where a hotel should be.”

PHOTOS: Ground breaking for 'The Lawrence' hotel and parking deck

A theme Lawrenceville Mayor David Still came back to time and again during his first-ever State of the City Address was the need to build relationships between residents, officials and businesses to create a sense community in the city.

This guitar-playing skateboarder is warming hearts in pandemic-stricken Atlanta