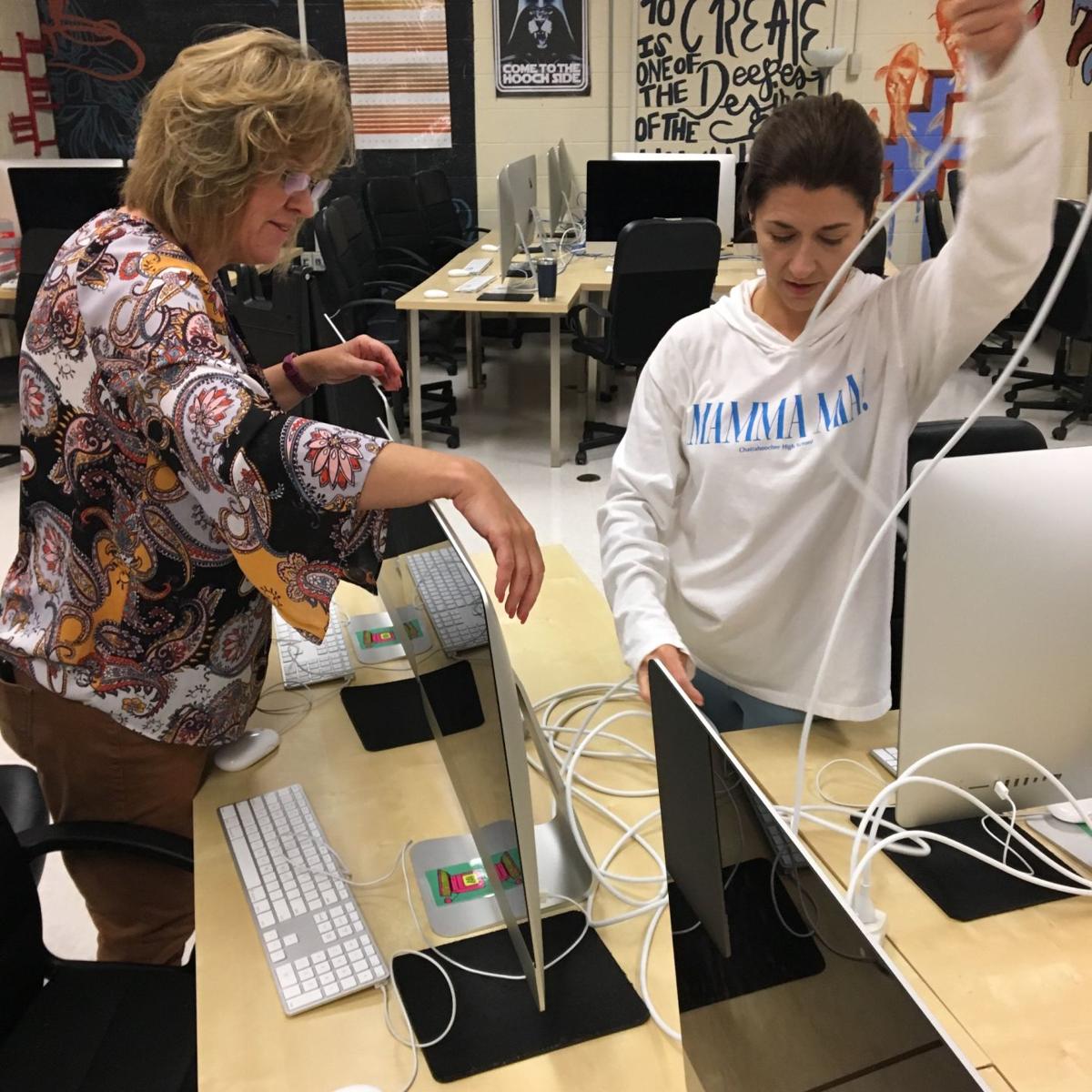 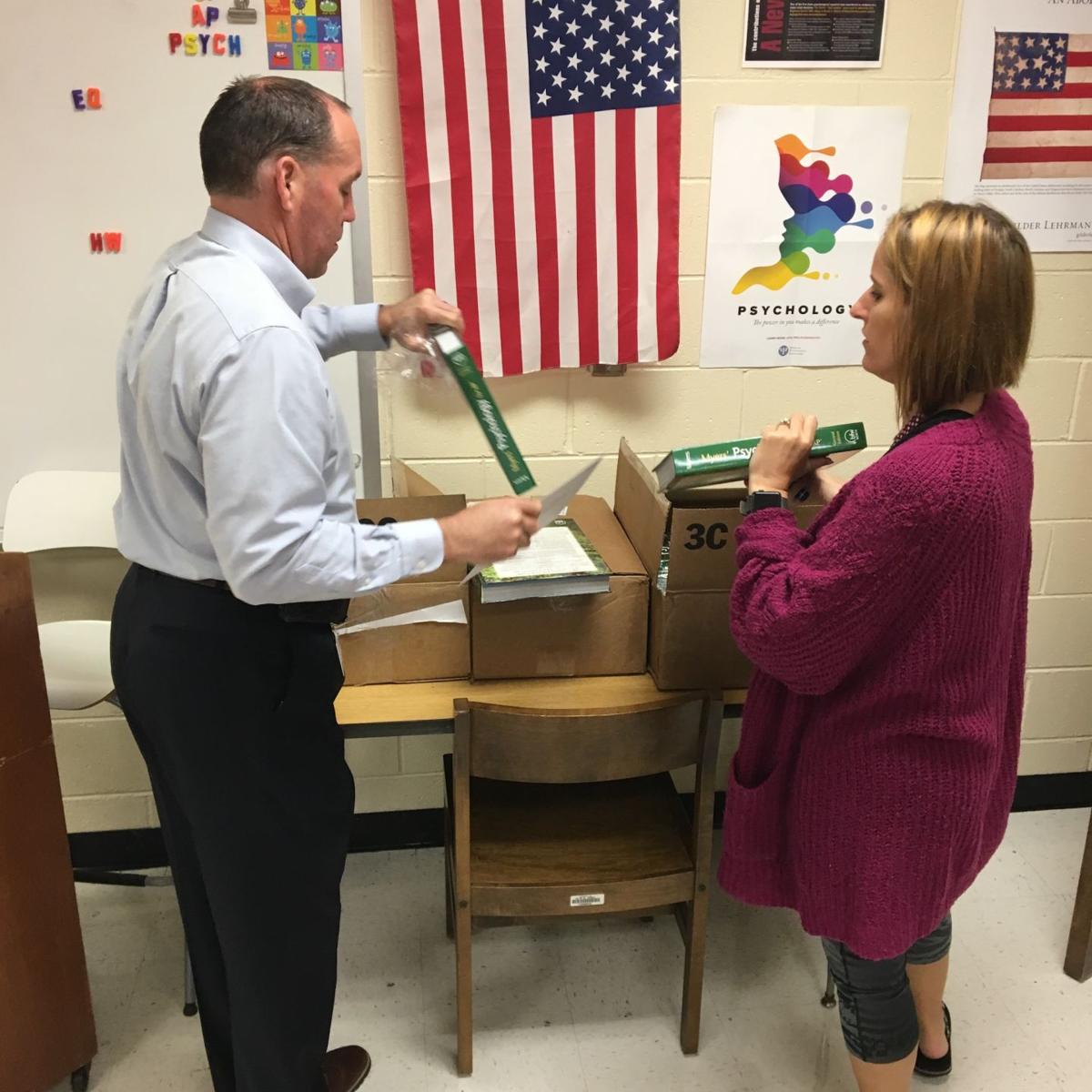 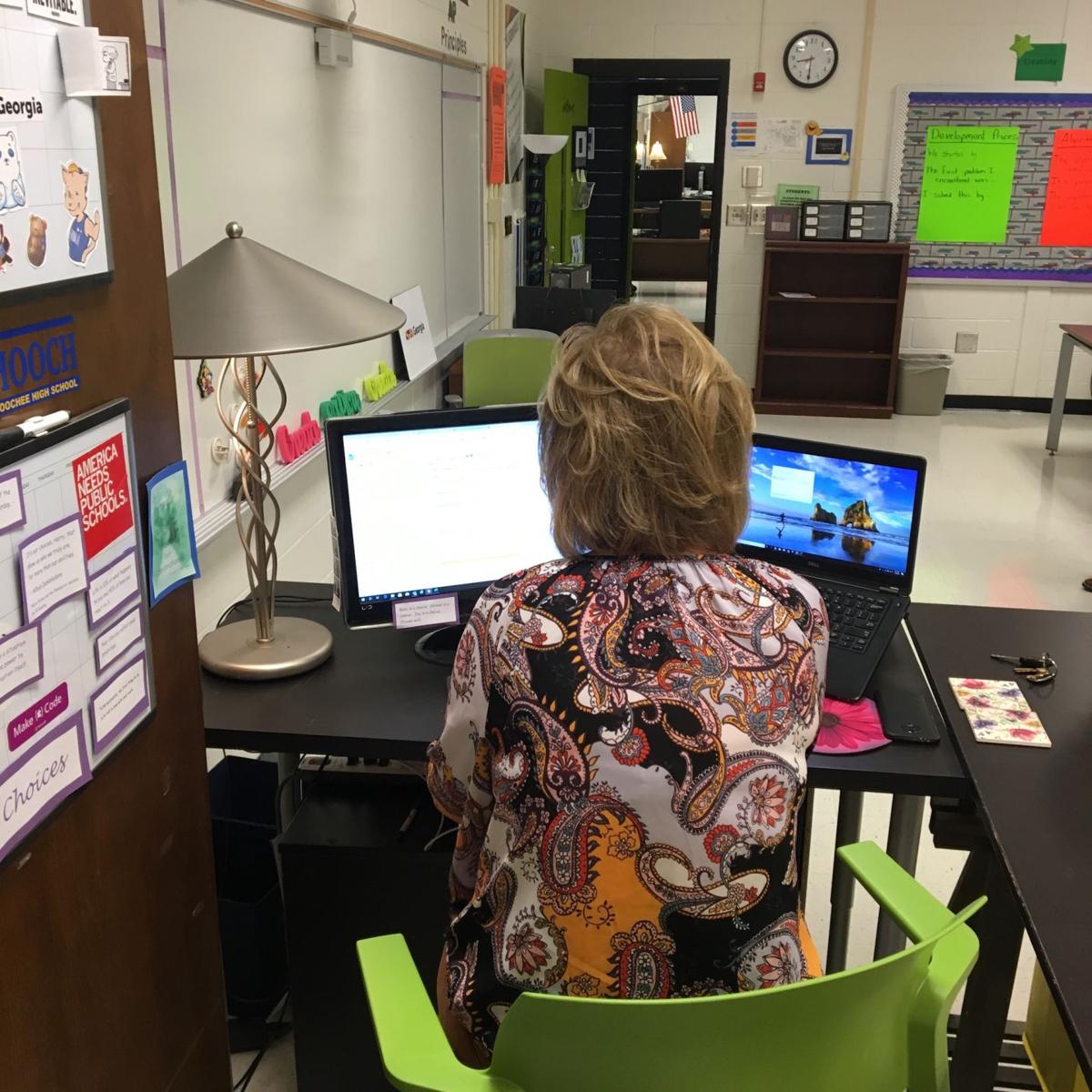 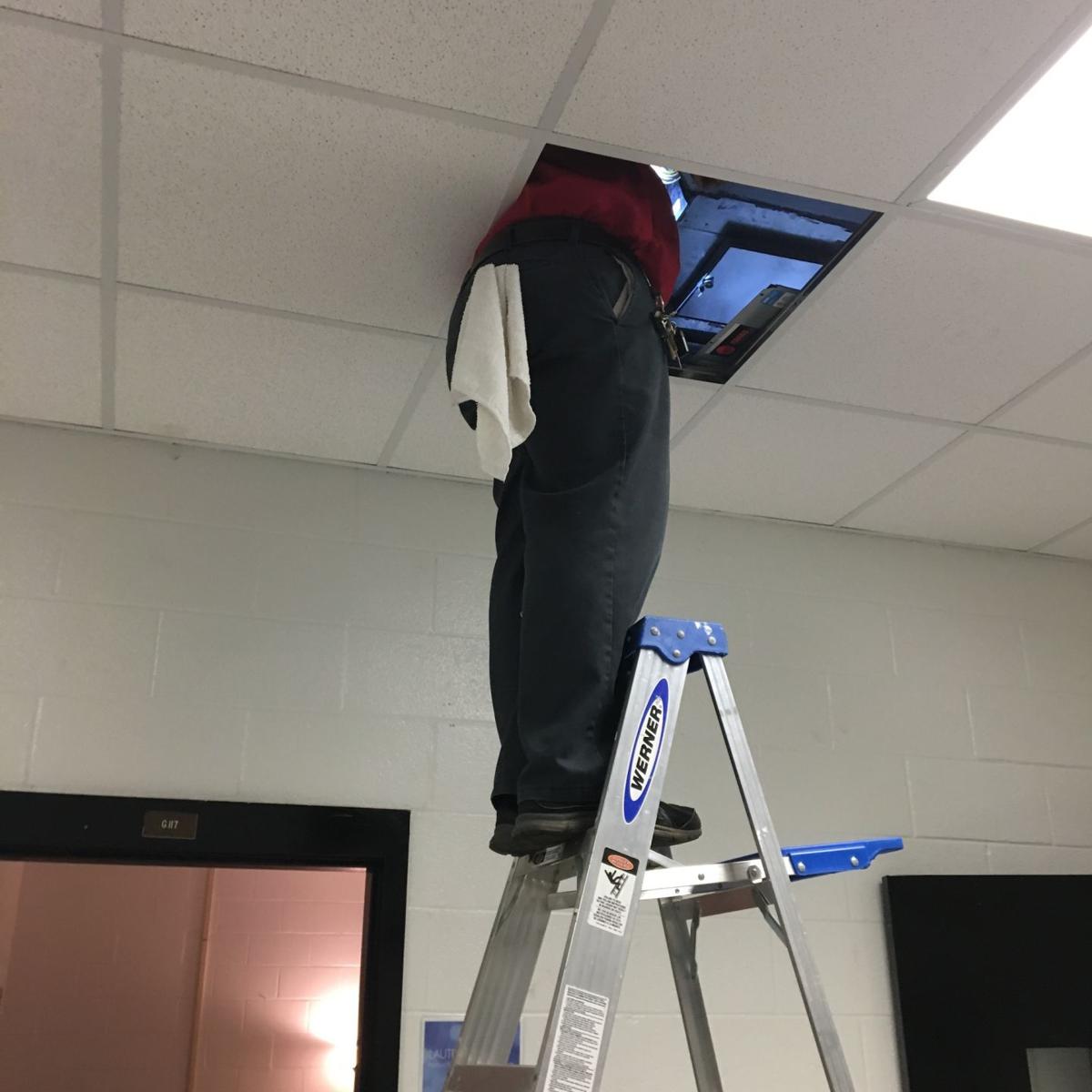 A district maintenance worker works on the lights Thursday at Chattahoochee High School. 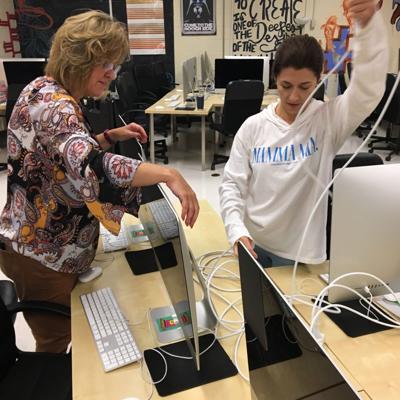 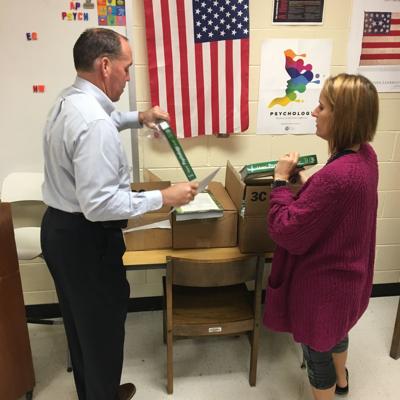 A district maintenance worker works on the lights Thursday at Chattahoochee High School.

Of those, 1,877 at Chattahoochee High School here in Johns Creek will do the same. Like the rest of the district, students, teachers and staff there spent the better last week making final preparations for the big day.

The biggest drive for many involved at the school-by-school level? Making sure Monday goes as smooth as possible, so they can focus all their energies on making it a great day for those returning students, according to Mike Todd, Chattahoochee High School Principal.

“(Leading up to the first day) I’m trying to make sure everyone has the resources, the tools and the support necessary to, one, set up their rooms and, two, make sure they have the necessary tools to make it a positive environment for working with students,” Todd said, adding that there’s also “meetings, meetings, meetings at all different levels.”

He said getting everything in order for that first day back can be best described as “a puzzle sometimes, and we just work to make that puzzle as complete as possible.”

Chattahoochee High School teacher (and districtwide teacher of the year) Pamela Whitlock said during the time leading up to the first day, “getting your classroom ready … getting that physical environment set up is a priority, so that it’s a nice, happy place for the kids to come in on Monday.”

Essentially, Whitlock said, “you’re trying to get everything done (prior to the first day), so that on Monday morning the focus is completely and totally on the students. On that first day, it’s going to be fun and it’s going to be exciting, but everybody’s a little bit nervous – teachers and students both – so a lot of it comes down to that preparation.”

Whitlock and the rest of the teachers at Chattahoochee will be in the halls at 8 a.m. Monday morning fielding myriad questions from students.

Todd will be there too, answering questions right along with them.

“Yes, we’ll be … trying to get kids comfortable about being at the big high school,” Todd said. “Of course, we want teaching and learning to happen on that first day, but many teachers will be working on getting to know their students.”

He added that, usually, by the end of the first week students start to get the hang of it.

Todd, who is the school’s new principal after having transitioned from assistant principal at Chattahoochee, said their job right now is to help create an “as smooth as possible transition back to school.”

By the summer’s end, Fulton County Schools will have welcomed more than 600 new teachers for 2019-20 – bringing the total teaching force to about 7,000 educators. Fulton is the fourth largest school district in the state of Georgia.

It's National Margarita Day! Here's where to score great deals on drinks