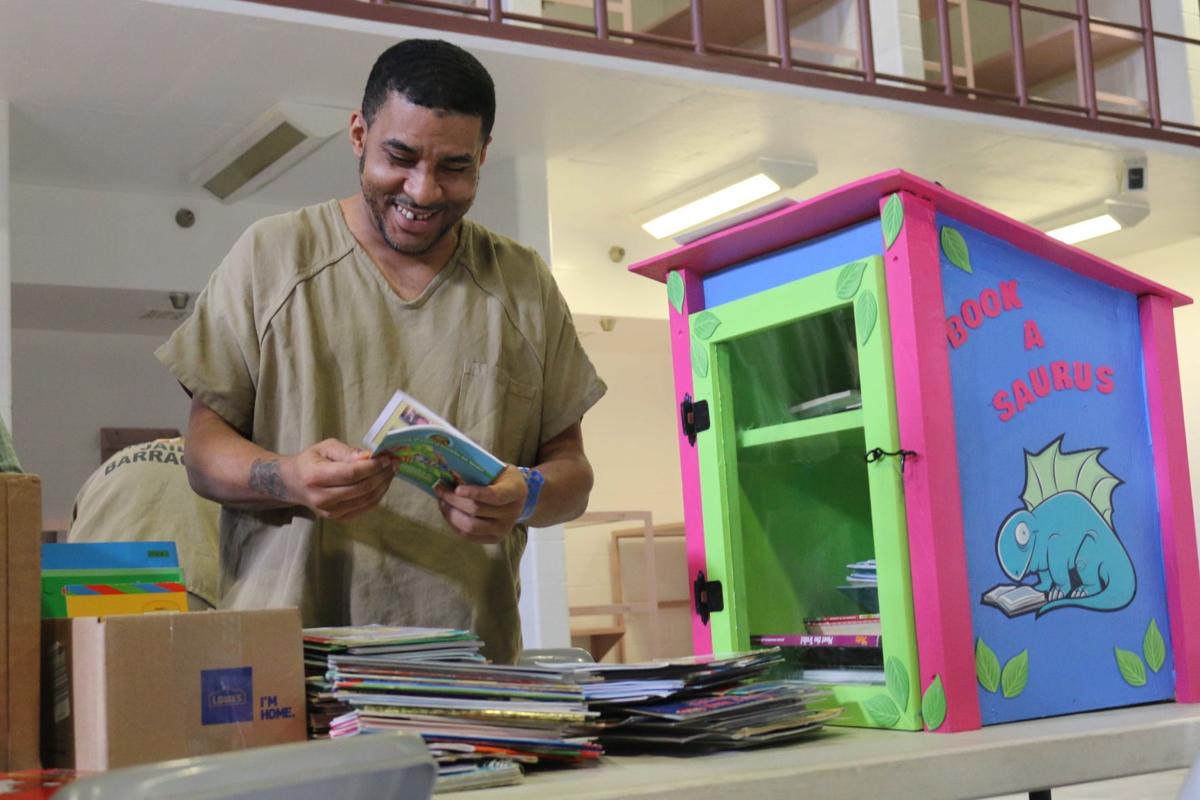 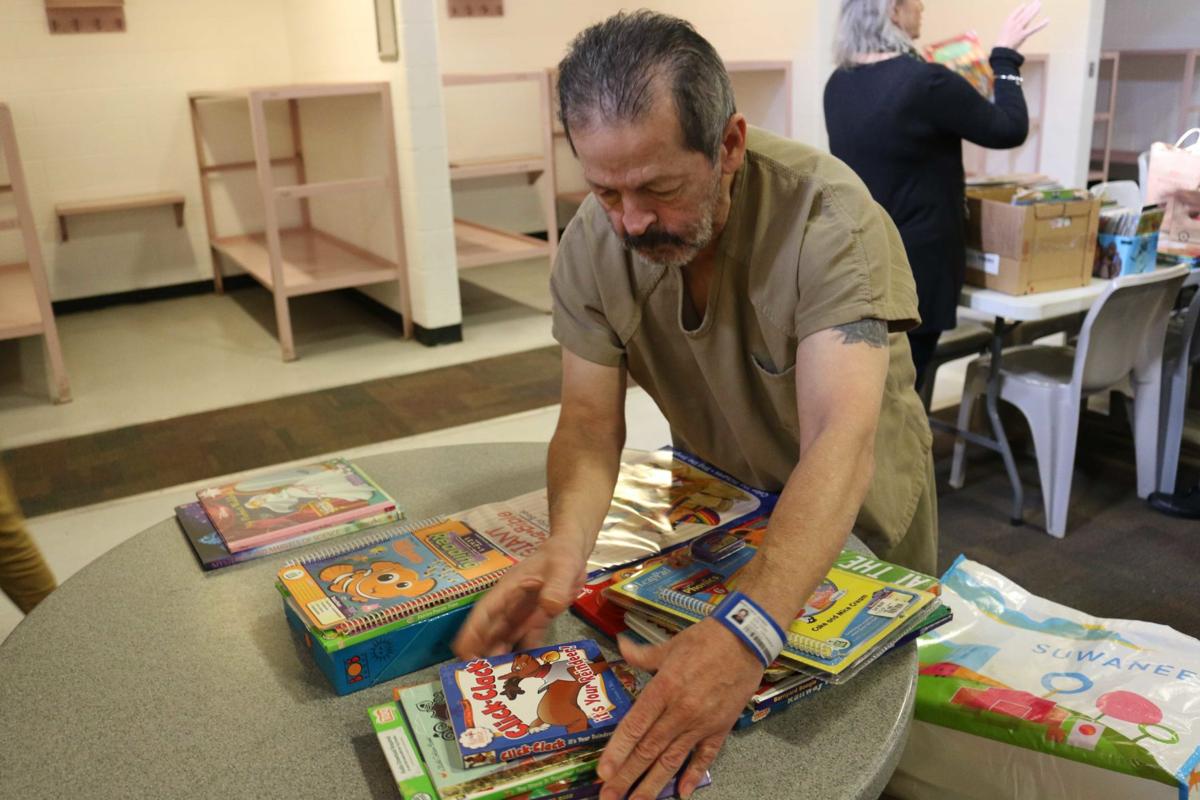 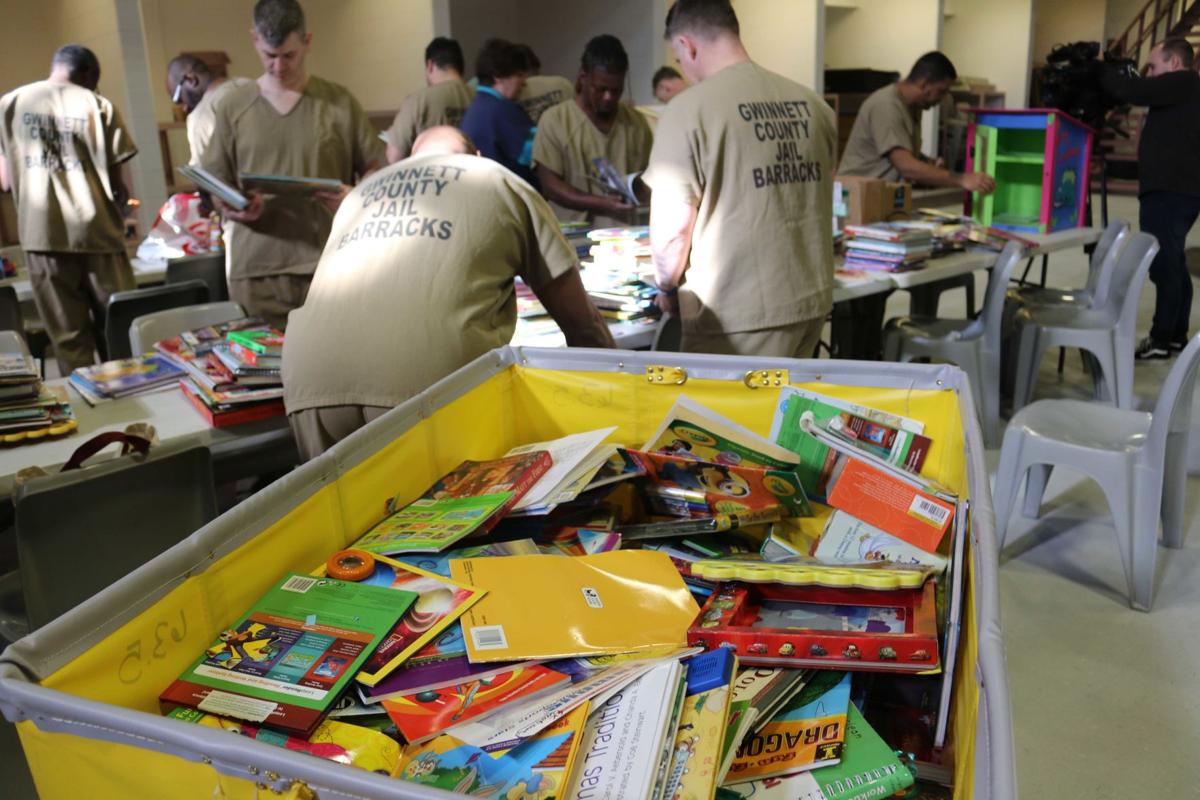 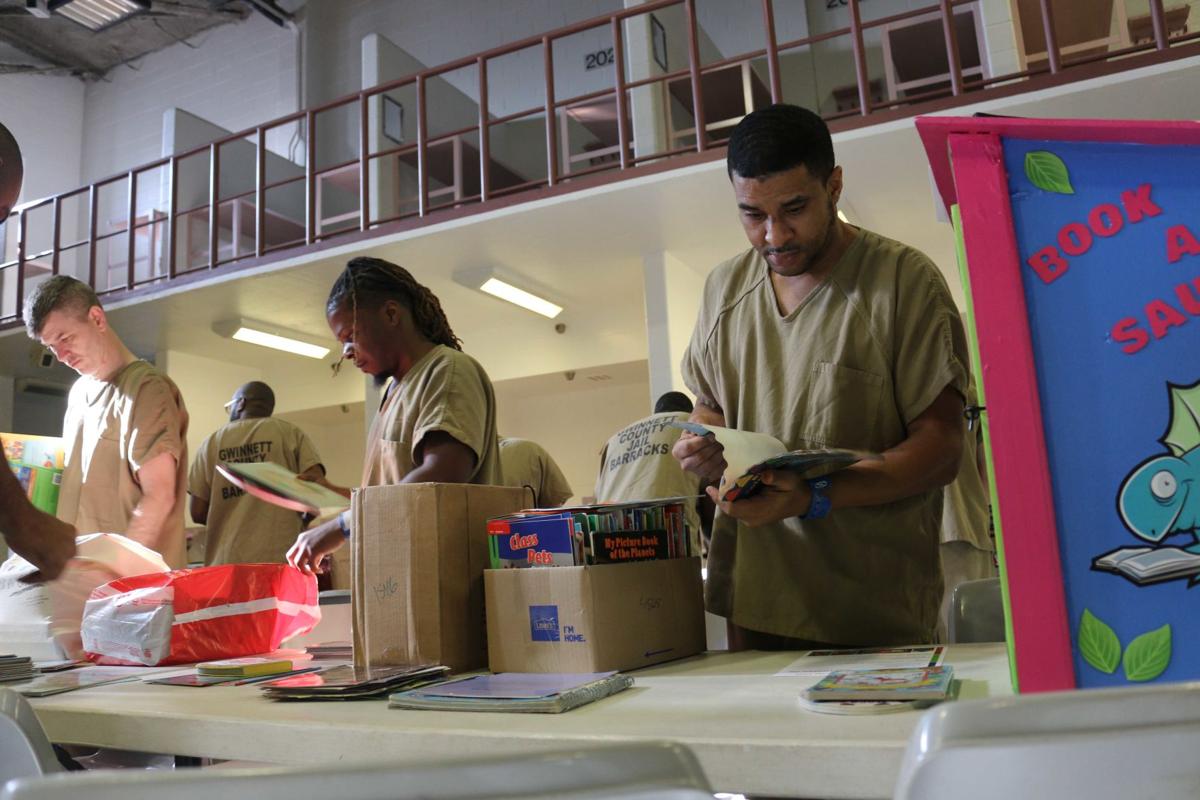 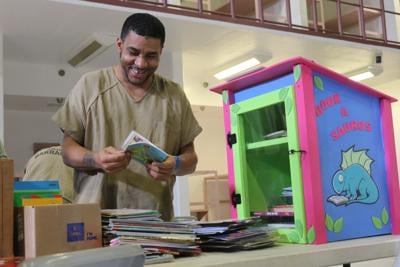 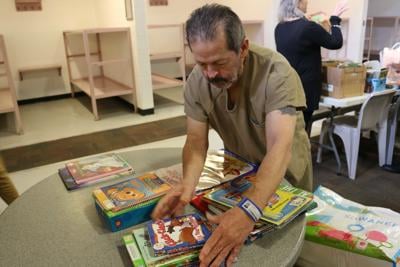 U.S. Air Force veteran Martez English remembers being an avid reader when he was a kid, thanks to the “Book It” program that rewarded him with a free pan pizza for reading a particular amount of books.

With a library card that granted him a bounty of options for reading, he estimates he netted a profit of about 50 pan pizzas from his reading efforts.

English, an inmate at Gwinnett County Jail and member of its veterans-only unit, said he still loves reading. He said he’s sped through the “Maze Runner” series.

English said it was “a little surprising” to hear from Ellen Gerstein, Gwinnett Coalition’s executive director, that 52% of students starting kindergarten in Gwinnett County are unprepared when it comes to reading.

“I think by us giving back, this is going to help out to the community, to the kids,” English said.

That passion for reading led him to volunteer to sort book donations for Gwinnett Coalition’s G.R.E.A.T. Little Minds book exchange project. Members of “The Barracks” unit sorted roughly 5,000 books into individual stacks of 50 to be placed in book exchanges when they are eventually installed throughout Gwinnett County.

“The partnership came around because this would be a good community service project for (inmates) to volunteer for,” Gill said.

Through community volunteers and partnerships with Gwinnett County Public Schools, Gwinnett Coalition has built 148 exchanges and decorated about 100. Gill said G.R.E.A.T. Little Minds is seeking stewards — local businesses and organizations — to take care of the book exchanges. They will be placed in public spaces throughout Gwinnett County where children without books can take them to read. Eventually, the exchanges will have a take-one, leave-one policy. She’s also looking to accumulate more book donations.

The Barracks at Gwinnett County Jail launched in November 2019 as a 70-bed unit to support specifically incarcerated veterans. The goal is to help inmates make a successful transition back into the community. English said his experience in The Barracks unit has provided a sense of community and brotherhood within the walls of Gwinnett County Jail.

“We’re taking good men, placing them in a better place so they can be the best they can be when they get out,” English said.

The Barracks program was developed to provide therapeutic services for incarcerated veterans to address emotional and physical trauma associated with military service that can lead to serious pitfalls such as substance abuse, alcoholism and mental health issues.

“Military service should always be remembered,” Deputy Chief Lou Solis said. “We’re committed to helping these veterans get their lives in order by creating a program to provide them with resources to increase the likelihood they won’t return to jail once they’re released. This program benefits much more than the inmates who participate. Our whole community benefits when these veterans get the help they need to get their lives back on track.”

As G.R.E.A.T. Little Minds advances and adds new partners each week, Gill is excited by the enthusiasm of outside organizations, like the Sheriff’s Department, to help keep the project moving forward.

“It’s been amazing in the fact that from the top down, everybody is on board,” Gill said.

Are you an artist looking for a project to help the community? The Gwinnett Coalition is calling for artists to help decorate book exchanges that will be placed in areas throughout Gwinnett County.

PEOPLE HELPING PEOPLE: Here's how you can help promote early reading in Gwinnett

To continue this project we need your help. The next stage is making sure the book exchanges are placed into high traffic areas in high need locations. We are pinpointing these areas where we have found a lack of access to books.

The Gwinnett Coalition for Health and Human Services’ G.R.E.A.T. Little Minds project is continuing to move forward even amid social distancin…