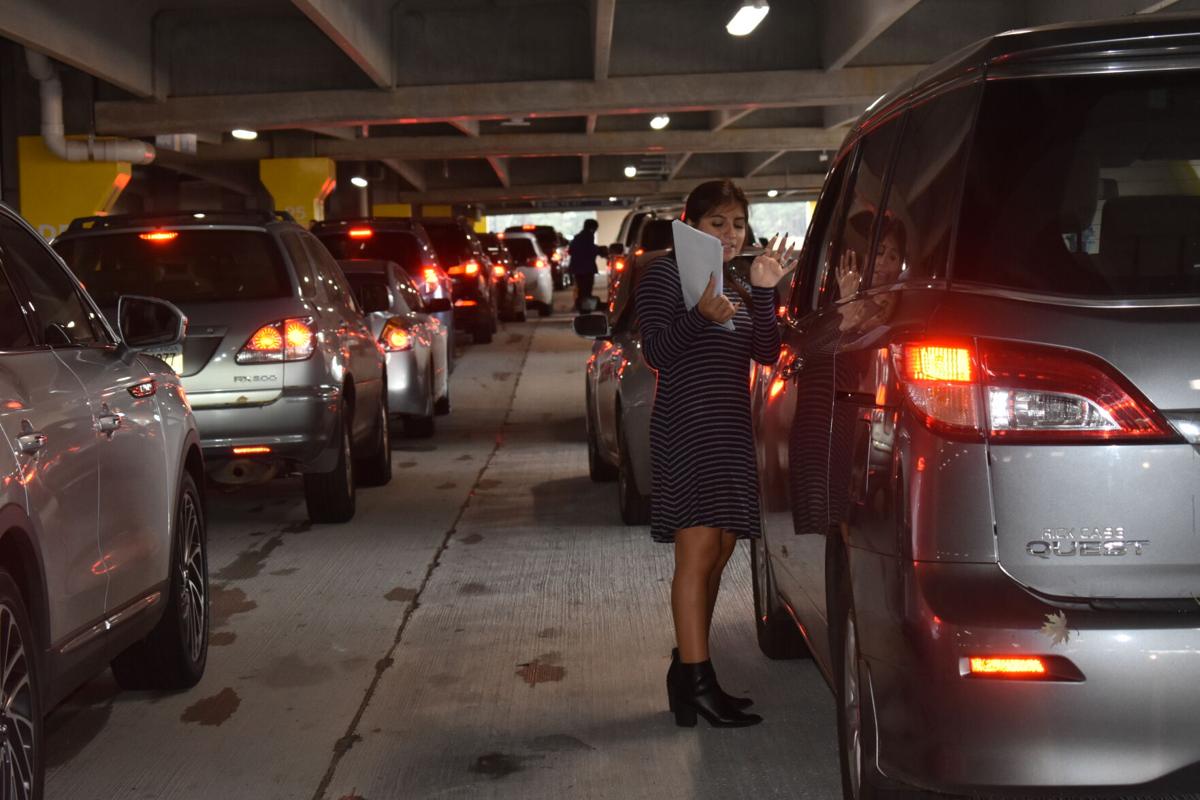 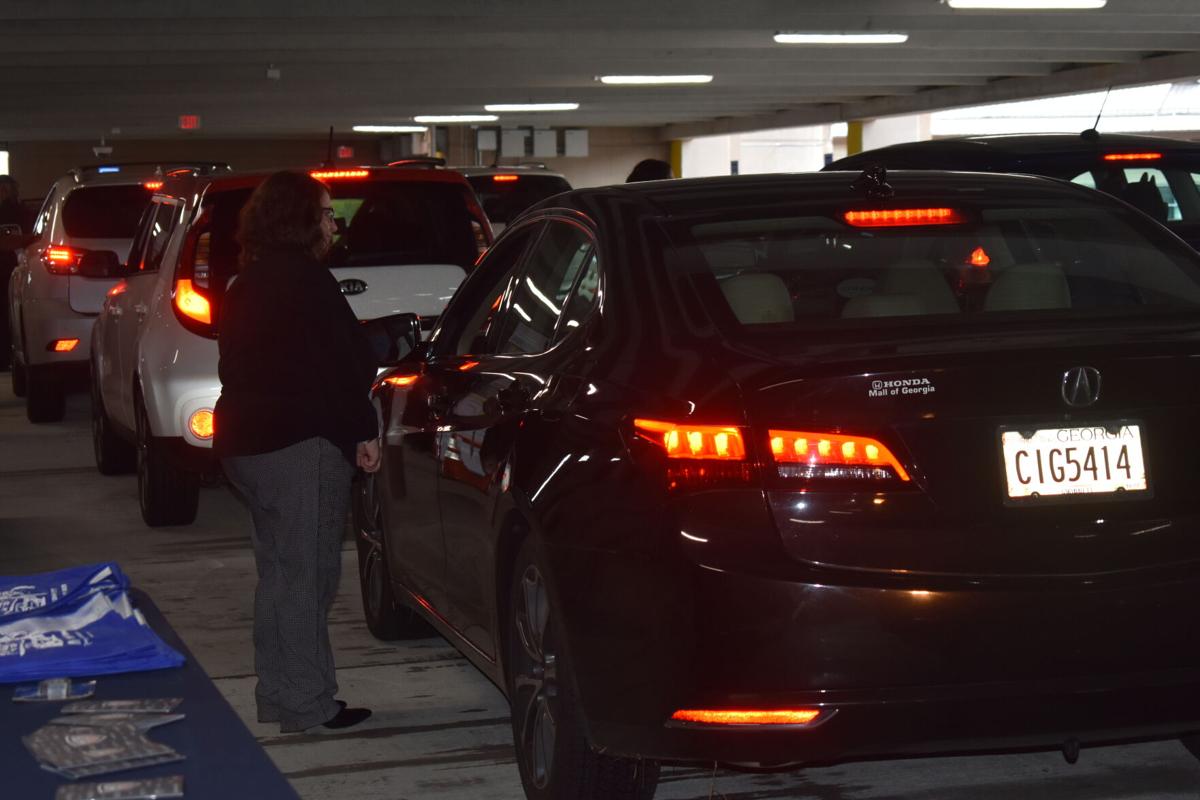 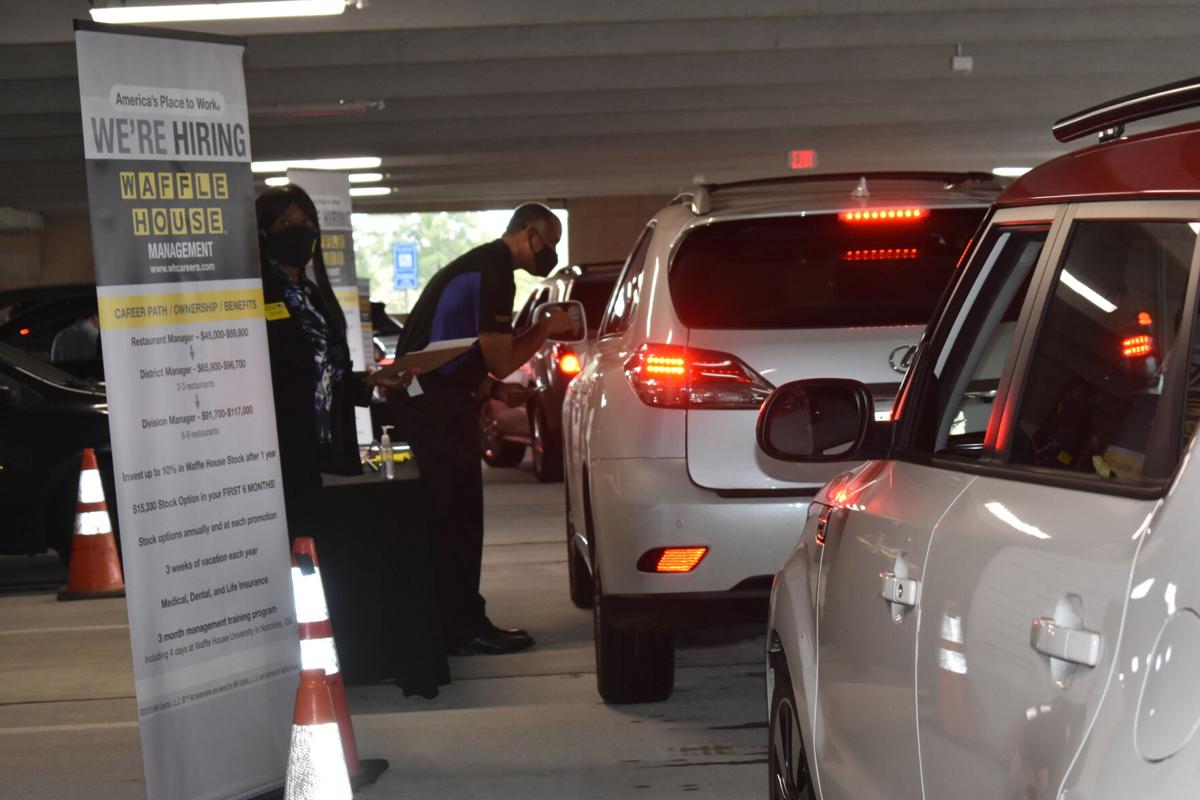 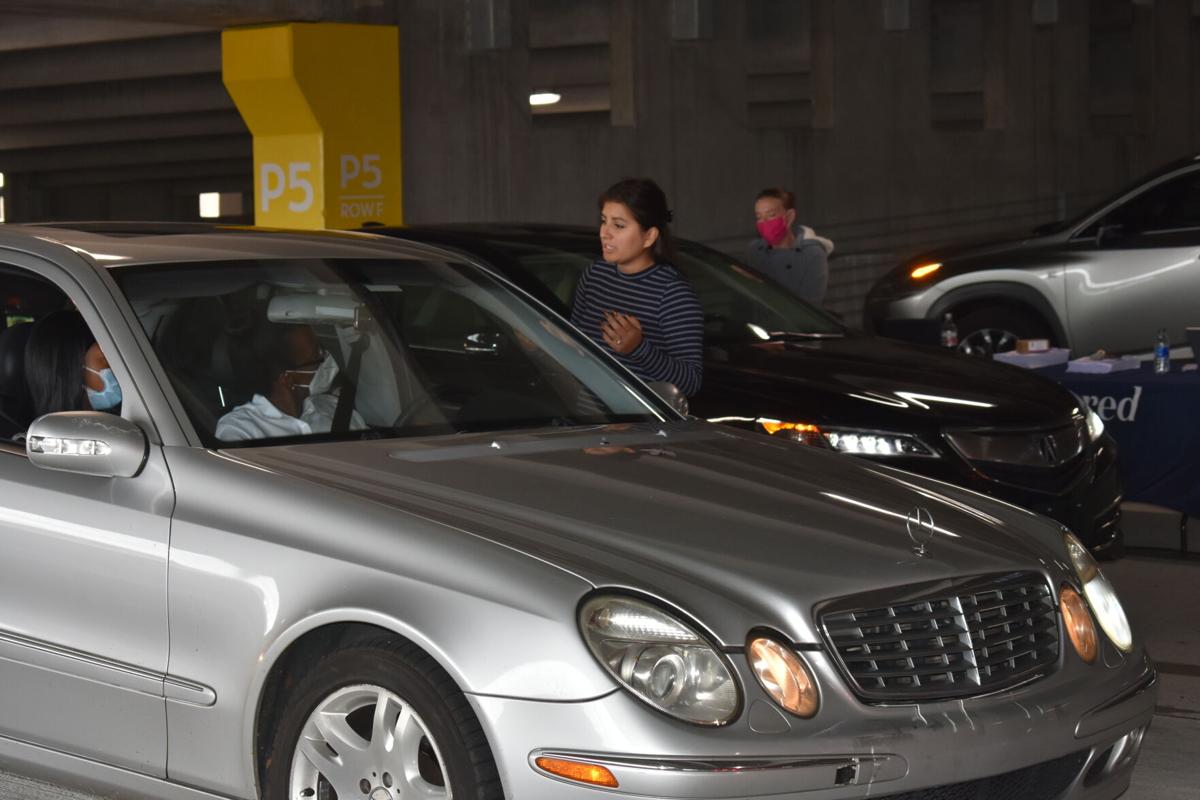 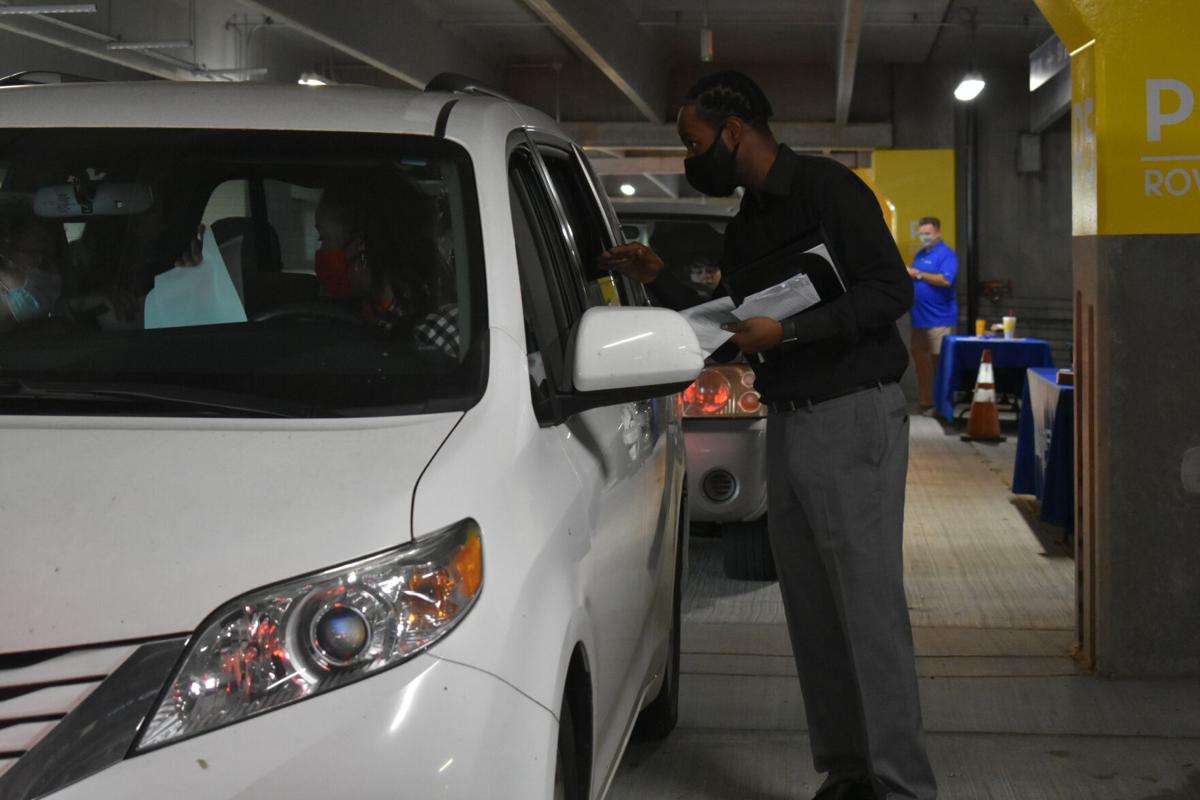 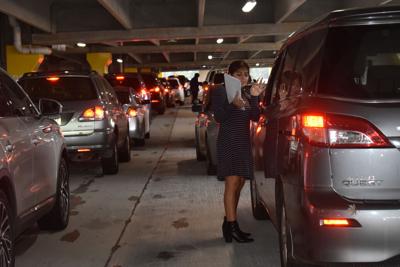 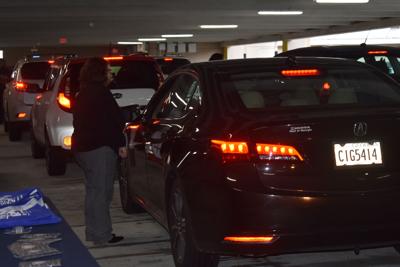 Gwen Taylor, who until now has been unemployed from the medical field for three years, sat in her car for about an hour as she waited for her turn in line to meet with one of the 60 employers that participated in the Gwinnett Cares drive-thru job fair on Thursday.

She recently moved from Florida to Georgia to be closer to her daughter. On Thursday, she said she was especially interested in working for a security company she met at the job fair.

Officials said the event was about celebrating the start of Keybo Taylor's history-making tenure as sheriff. Taylor is one of eight African-American sheriffs currently serving in metro Atlanta counties. Click for more.

Gwinnett Cares’ Workforce Development COVID Response Team worked with the Goodwill of North Georgia to host the event at the Infinite Energy Center in Duluth.

The drive-thru format was intended to keep job seekers safe during the ongoing pandemic while also allowing them opportunities to talk to employers. Organizers said the thousands of available positions at the fair included full-time, part-time and temporary-to-permanent jobs with salaries ranging from $14 per hour to more than $100,000 per year.

"Most of the people we’ve gone through so far are all excited about re-entering the workforce," Joe Perrotta, senior branch manager at Hire Dynamics, said. "We’ve talked to people anywhere from IT backgrounds to artists. Some of the industries they were working in before COVID hit haven’t come back, so now they’re looking to find something to help them have some income coming in until they can find that full-time employment job they’re looking for."

Perrotta said Hire Dynamics is a staffing company headquartered in Gwinnett, with its largest branch located in Duluth. Currently, the company is looking to put about 400 people to work in the next 30 days, including 200 for Samaritan's Purse Operation Christmas Child.

"We just want to get the word out that there’s jobs out here for people who want to get to work. Every company right now is struggling to find talent," he said.

Naturally, Perrotta said, people continue to feel nervous about the safety of the workplace, but many are now re-entering because they feel safer due to the precautions that have been put into place.

“I don’t feel too comfortable, because a lot of people are not protecting themselves and others by wearing masks and things like that," she said. "But I think the drive-thru was a good plan to get people back to work."

Gwinnett Cares spokeswoman Paige Havens said in January the unemployment rate in Gwinnett was at 3% and in 90 days it increased to 12%.

Volunteer Wendy Willis, who works at Tandem Bank, said in the months since COVID-19 forced businesses to shut down many people have called asking for loans.

"We work with small business as well as consumers, and we did over 300 PPE loans for small businesses to try to keep them open, especially restaurants and storefronts," she said about what she's seen working at a bank during the pandemic. "We’re a brand new bank. We’re only a year old, and when COVID hit we were only about 6 months old so we had an opportunity to be able to help our community when they were in crisis."

Prior to the event on Thursday, Havens said about 3,000 people registered online to attend, but as the event progressed she noticed that many more that were there had not pre-registered.

Job seekers remained in their cars at all times and were encouraged to wear face masks. Inside one of the parking decks at Infinite Energy Center, employers and job seekers were given some "introductory facetime" to swap resumes and more information. Employers, however, are expected to follow up with job seekers afterward about next steps.

"There are a lot of people who are struggling with the virtual option and this gives a great face-to-face opportunity," Havens said. "We’re bringing the human element back in. It’s a lot to expect someone to say 'yes' to a job or somebody to say 'yes' to a person if you’ve never met in person so this is a great opportunity to get that going, but we’re doing it totally according to health department regulations and rules."