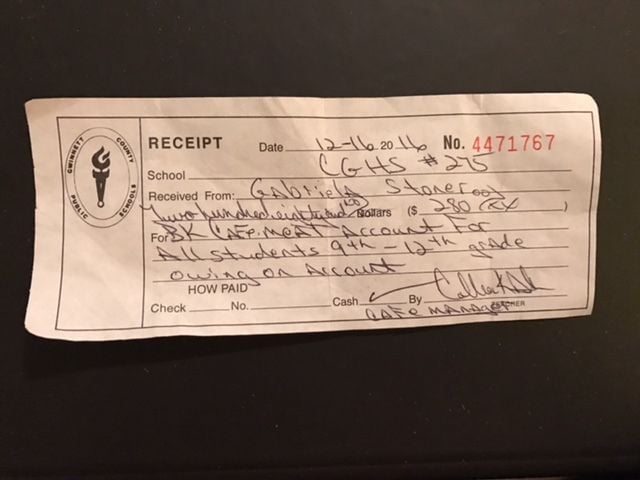 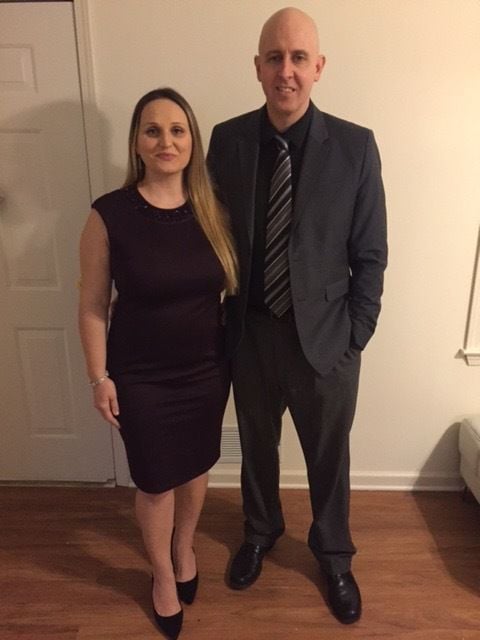 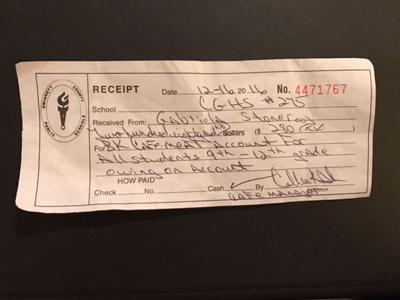 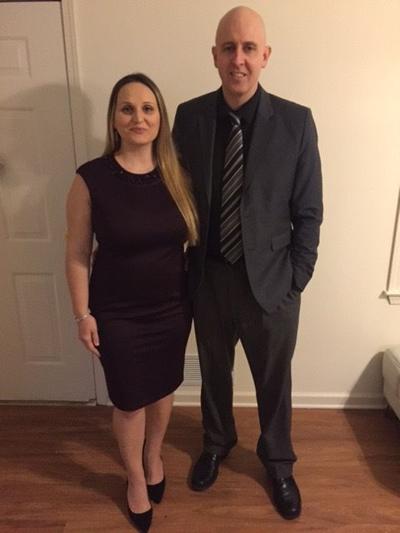 A Gwinnett Sheriff’s Corporal and his wife sparked a national holiday story by paying off delinquent lunch accounts at a local high school.

But Cpl. Matt Stoner and his wife Gabriela Stoner weren’t looking for attention when they decided to help out students behind on lunch payments at Central Gwinnett High School.

“They were really shocked and a little horrified that this was going to be something that people were going to hear about,” Gwinnett Sheriff Dep. Shannon Volkodav said.

She said the family made the decision to create a family memory by helping others this year instead of buying Christmas presents. Gabriela came up with the idea of paying off accounts for students who have been struggling to afford school lunches.

She looked up the Gwinnett County schools with the highest number of delinquent lunch accounts and realized Central Gwinnett High School in Lawrenceville had the biggest problem.

“The fact that she really went online and researched speaks volumes,” Volkodav said.

Volkodav said Central Gwinnett’s cafeteria manager was at first confused when Gabriela came in asking to “pay off the delinquent accounts.”

But Gabriela and her family did intend to take care of the entire school’s delinquent accounts. It cost $280 and some media reports suggest their action helped anywhere between 100 and 150 students.

In most cases, students with delinquent accounts can’t receive full school lunches until their accounts are paid off. Instead, they get a peanutbutter and jelly sandwich and some water when they come through the cafeteria line, Volkodav said.

“Now these kids can start the New Year with a full lunch,” she said.

Despite the size of their gift, the Stoners were taken aback when Volkodav said reporters were calling about it. She guessed somebody was so moved by the family’s actions, they decided to tip off the press.

The couple hasn’t done any interviews or played up their media attention, but their story spread, anyway. News stations as far away as Detroit picked it up.

“The great thing about sharing this story or allowing it to be shared is that it’s going to encourage other people to do something,” Volkodav said.

Matt already received a text from another deputy asking how he could do the same thing for another Gwinnett school.

“This gift just keeps on giving,” Volkodav said. “That’s what I love the most about people who choose to do things like this.”

Media attention or no, the Stoners have embodied what many see as the holiday spirit.

“They have really set a good example for these young people to look beyond themselves, even at Christmas time,” Volkodav said.

Chiefs down Titans to reach first Super Bowl in 50 years