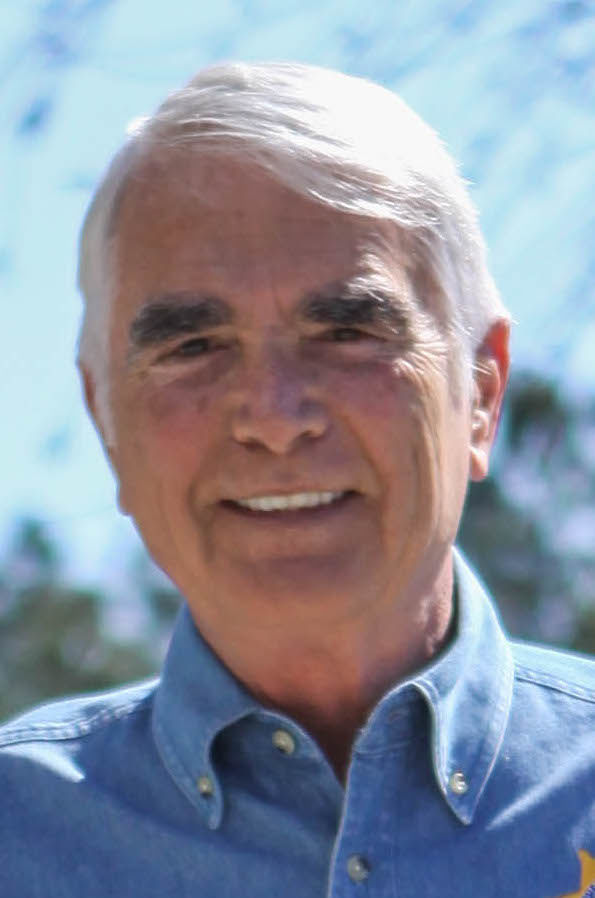 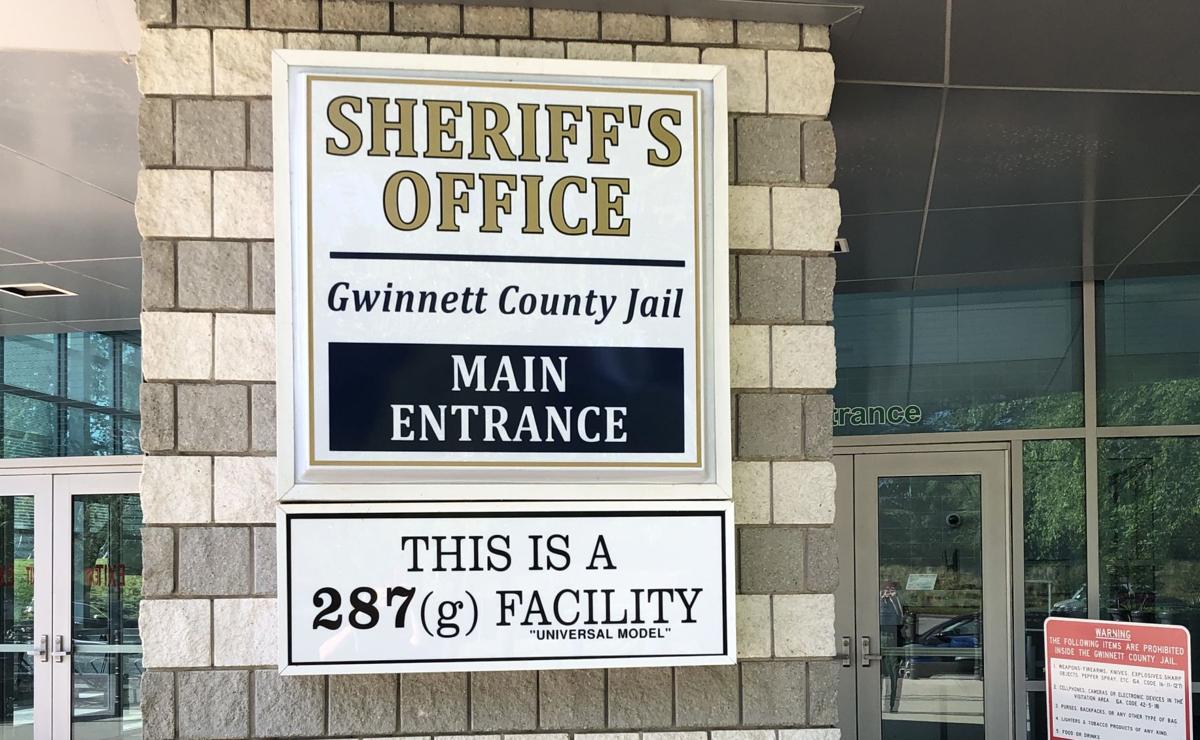 Despite opposition from several local advocacy organizations and a handful political hopefuls, including a 2020 candidate for sheriff, longtime Gwinnett Sheriff Butch Conway "fully intends" to renew the jail's 287(g) program when its current term expires in June. 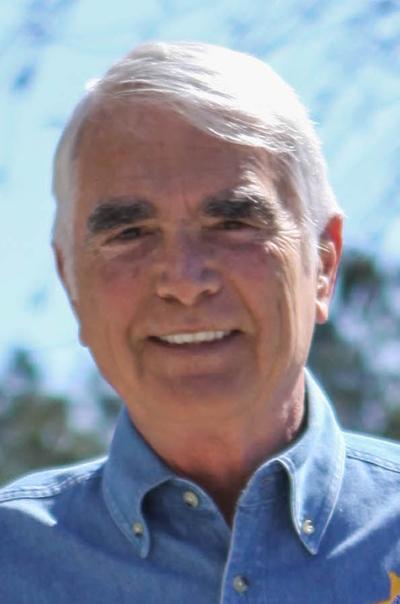 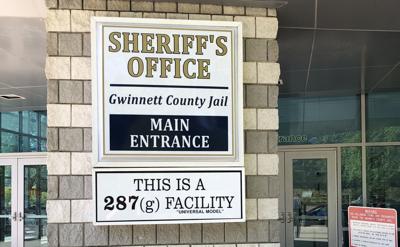 Despite opposition from several local advocacy organizations and a handful political hopefuls, including a 2020 candidate for sheriff, longtime Gwinnett Sheriff Butch Conway "fully intends" to renew the jail's 287(g) program when its current term expires in June.

Despite opposition from several local advocacy organizations and a handful of political hopefuls, including a 2020 candidate for sheriff, longtime Gwinnett Sheriff Butch Conway “fully intends” to renew the jail’s 287(g) program when its current term expires in June.

The program, which Conway first brought to the county in November 2009, is a partnership between state or local law enforcement and U.S Immigration and Customs Enforcement, or ICE, that allows local jurisdictions to receive delegated authority for immigration enforcement.

“He sees the continued benefits of this program,” said Deputy Shannon Volkodav, spokeswoman for the Gwinnett County Sheriff’s Office. “Sheriff Conway’s intent, from the beginning, has always been to promote public safety and to save taxpayers dollars, and he is able to accomplish both of those using the 287(g) program.”

While Conway and other Gwinnett County Sheriff’s Office officials have long touted the program’s benefits, opponents say it divides communities and instills a sense of fear in immigrant communities.

Now, with the program’s renewal just a month away and the 2020 election about a year and a half out, naysayers are ramping up that rhetoric.

“I don’t believe that the sheriff should renew it,” Jerry Gonzalez, executive director of the Georgia Association of Latino Elected Officials, or GALEO, told the Daily Post. “It’s been a process that has been abused by the Sheriff and I think it overall has hurt Gwinnett County more than it has helped Gwinnett County because (the) bottom line is, it’s diminished public trust with law enforcement.”

According to Gonzalez, immigrant crime victims are “reluctant to come forward and cooperate with law enforcement officials because of the situation with 287(g).”

But Volkodav said any fear is the result of misinformation — and that no victim of a crime, legal U.S. citizen or not, should ever hesitate to call 911.

“The authority of our specially-trained 287(g) deputies to screen for immigration status exists only within the walls of the Gwinnett County Jail,” Volkodav said. “They are not out in the community looking for anyone who is here illegally, and there is no law enforcement officer in Gwinnett County that can question someone about their legal status (outside of jail walls).

A crime is a crime

The way the 287(g) program works, Volkodav said, is select deputies — of the agency’s more than 700 employees, about a dozen and a half are 287(g) trained — are specially trained by ICE to screen arrestees who are brought into the jail.

“Our 287(g) deputies are not out in the street, they’re not looking for anyone who may be in the country illegally — that is just not their responsibility,” Volkodav said. “That is the responsibility of Immigration and Customs Enforcement, the federal government. Our job here is to address people who are breaking the law, and through the 287(g) program, those very people, when they are brought into the jail on any charge, whether it’s a traffic-related charge or a murder charge, if they’re foreign-born, our deputies are going to screen them, and if it appears they’re in the country illegally, a hold is placed on them and they are turned over to ICE custody once they’ve satisfied their local charges ... instead of being released back into our community. The result is fewer people who pose a threat to public safety in our community."

Conway told the Daily Post in an interview last year he rejects that argument — that a crime is a crime.

“If you’re in somebody’s country illegally, don’t drive without a license if they require a license for their citizens to operate a vehicle,” he said.

Volkodav echoed the sheriff, saying law enforcement officers have to apply the law across the board — meaning whether it’s a traffic violation or murder that brings someone to jail, each arrestee undergoes the same screening.

“We simply cannot pick and choose who we will screen,” Volkodav said. “We can’t tell one arrestee, ‘We’re going to screen you for your immigration status because you’re here for stealing something, but we’re not going to screen you because you’re just here for traffic violations.' We don’t have the authority to do that, and it would be wrong to exclude any group of people from fair application of the law.

Volkodav added that even something that may seem minor, like driving without a license, can be detrimental.

“If someone, regardless of their immigration status, is driving without a license, this is a person behind a wheel who has not taken a driver’s examination and passed it to prove their proficiency in operating a motor vehicle on Georgia roadways, the same roadways that you and I are driving on with our families,” she said. “If you are struck by a driver who is unlicensed, that means they are also uninsured, which means that any medical costs, any funeral costs that you incur as a result of that accident, it’s all on you. Any time there’s an accident where someone is injured or killed, it’s sad. But when you have an accident where someone is injured or killed and the driver is not even licensed to drive, it makes it particularly difficult.”

Gwinnett County Sheriff hopeful Jerry Ramos Arce said in addition to supporting the arguments made by Gonzalez against 287(g), he believes the program is costing taxpayers unnecessary money.

“In 2019, the cost to Gwinnett tax payers will be $2 million, at a time when gun violence, mass shootings, drugs, gangs and staff shortages are on the rise,” he said. “We simply need to funnel the financial resources to implement programs that will tackle the real issues impacting our county in order to enhance overall community safety.”

Volkodav said while the $2 million figure is correct, the majority of that covers a supervisor and 18 deputies’ salaries, including the benefits given to all full-time employees, such as medical insurance, retirement, tuition reimbursement, social security and other benefits.

“If the 287(g) program were to end today, that cost would still exist,” she said. “These deputies would simply be transferred to work in other areas of the sheriff’s office. One of our staff members recently did the math to see how much money we would save if we got rid of the 287(g) program and she came up with $15,000. That would just be equipment cost — copiers, computers, things like that.”

In a budget of more than $100 million — Gwinnett County Board of Commissioners approved a $102.4 million budget for the sheriff’s office this year — that’s a small figure.

Regardless of that $15,000, the sheriff told the Daily Post one of the reasons the program was brought to Gwinnett was actually to save taxpayers money.

“What I didn’t like was the people coming in and out of the jail,” Conway said. “I saw it as a waste of taxpayer money to just keep booking the same people over and over when they didn’t have the right to be in the country to begin with. That’s what irritated me, and that’s why we began 287(g).”

Volkodav said in the years since 287(g) was implemented in the jail, the inmate population has steadily decreased, which has saved county residents money. She directly credits that decline to the program.

“This program is a deterrent,” Volkodav said. “It’s a deterrent for criminal illegal aliens ... because they know if they commit a crime in Gwinnett County and they’re apprehended, they will likely be held accountable for their illegal immigration status. That is exactly who the program is targeting. That is the effort of the program — the point of the program is to remove illegal aliens in our community who are violating the law, some of them, many of them, repeatedly. If we can keep people intent on violating the law away from our county, our communities are safer places for families.”

Though the sheriff does not need Board of Commissioners approval to renew the program, Board of Commissioners hopeful Curt Thompson, who is running for the chairman position — current Chairwoman Charlotte Nash has not said one way or another whether she is running in the 2020 election — has said that he “wouldn’t give the sheriff a dime for 287(g).”

Members of an anti-287(g) Facebook group, called “ICE out Gwinnett,” is also planning to speak at the Gwinnett County Board of Commissioners later this month to protest the program.

With elections still a year and a half away, though, and Conway’s commitment to renewing 287(g), it doesn’t appear that the program is going away any time soon.