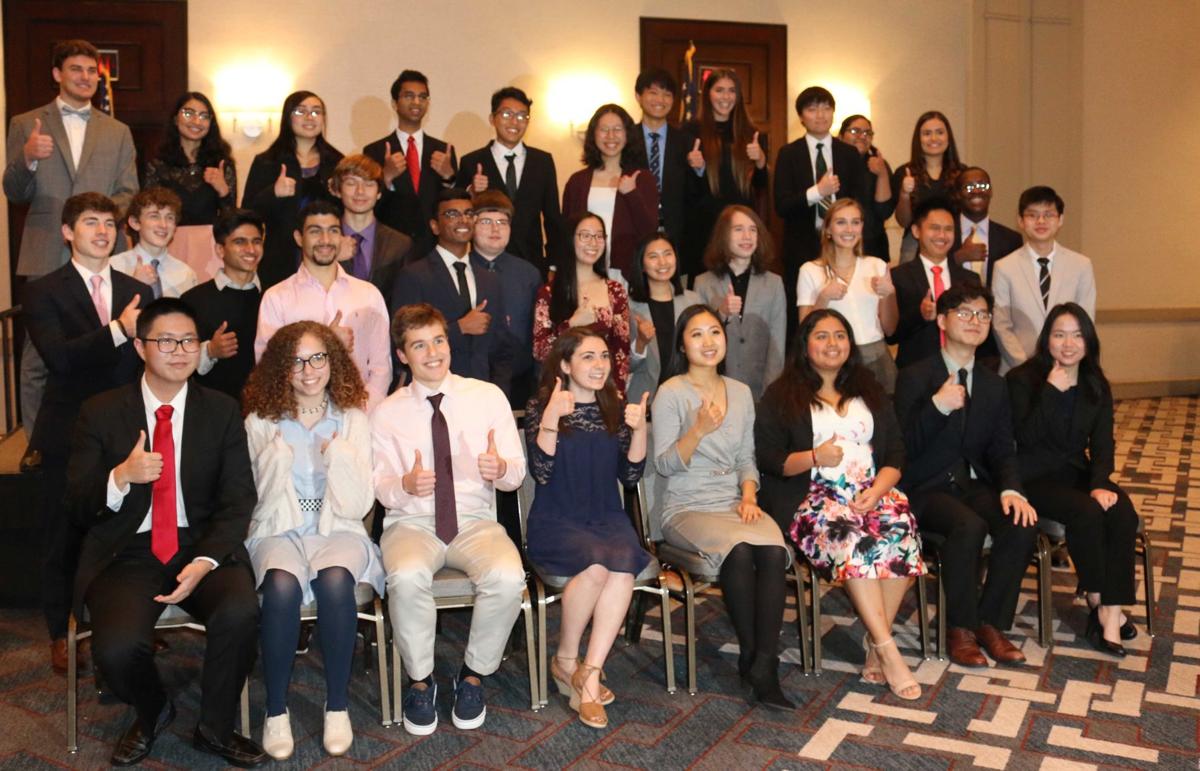 The top students from each school in Gwinnett County were recognized at Friday’s STAR Student luncheon, hosted by Partnership Gwinnett.

The top students and teachers from each school in Gwinnett County were recognized at Friday's STAR Student luncheon, hosted by Partnership Gwinnett. 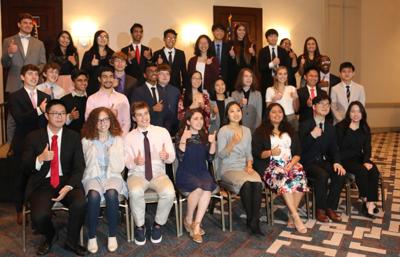 The top students from each school in Gwinnett County were recognized at Friday’s STAR Student luncheon, hosted by Partnership Gwinnett.

The top students and teachers from each school in Gwinnett County were recognized at Friday's STAR Student luncheon, hosted by Partnership Gwinnett.

Miriam Martinez Rivera is a Shiloh High School senior with ambitions of working in medicine. She has a 4.0 GPA and has her eye on a handful of in-state schools. Her ultimate goal, though, is to attend Stanford University to study biology and pre-med.

When Rivera was named Shiloh High School’s 2020 STAR student, she knew exactly who she wanted to pick as her STAR teacher.

Elizabeth Schneider played a role in strengthening Rivera’s interest in the medical field.

“She’s always been there and she’s helped me out a lot,” Rivera said. “She wrote a lot of recommendations for me and she’s just always encouraged me.”

Schneider said she’s seen Rivera grow up a lot from her freshman year, but she was already a driven student when she first came to Shiloh. She was elected her class’ president of the BETA Club, which Schneider sponsors, and she’s continued to stay involved with the organization through her subsequent years at Shiloh.

“It’s been an interesting transformation in her,” Schneider said. “A quiet one. She’s very quiet and very shy, this is about as much out of her shell as you’ll see her. She’s a leader. If anyone can watch the way that she works, she’s very intentional and she’s a planner.”

On Friday afternoon at the Hilton Atlanta Northeast in Peachtree Corners, 34 students from 30 Gwinnett County schools were recognized for their academic achievements at the annual Student-Teacher Achievement Recognition (STAR) banquet. Students qualified by scoring the highest in their school on the SAT and finishing in the top 10% of their class.

“It’s cool to see what everyone else does and see what’s going on at other schools,” Rivera said.

Adam Forrand, Vice President, Education, Talent and Leadership Development for banquet host Partnership Gwinnett, began the luncheon by congratulating parents, who watched their children blossom from kindergarten onward, for their children’s success that originated from their support.

He began with a frank, candid “Good job.”

“Parenting in all its forms is not easy,” Forrand said.

Then he congratulated the teachers who left their marks on the STAR students. Finally, he offered what he said would be the first of many congratulations to the diverse pool of award-winning students with bright futures ahead. And no matter where they go on to from Gwinnett County, Forrand said, they’ll forever belong to Gwinnett.

“This is the embodiment of the best teaching and the best learning in our community,” Forrand said. “If this is the standard by which our future is judge, then it’s just super bright.”

The event not only highlighted some of the county’s highest-achieving high school seniors but also the diversity of backgrounds and interests the students have.

“Not only is education the foundation of what we’re able to accomplish as an economic and community development organization, but in a globally connected world, our diversity is what takes us to the top,” Forrand said.

“To sit and see the diversity in Gwinnett is nice and to have these students be celebrated for all their hard work — they work so hard and they don’t expect to be celebrated — so it’s nice to be able to do that for them,” Schneider said.

On Friday, 34 students from 30 Gwinnett County schools were recognized for their academic achievements at the annual Student-Teacher Achieveme…