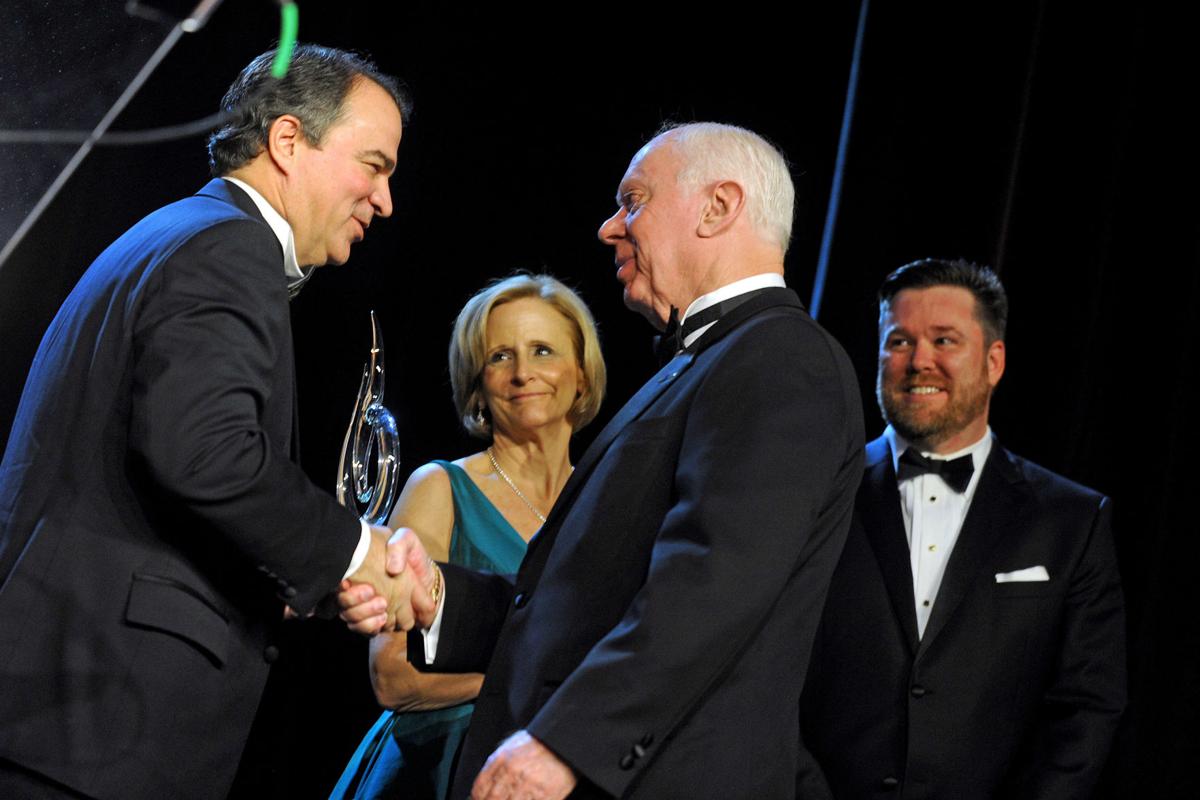 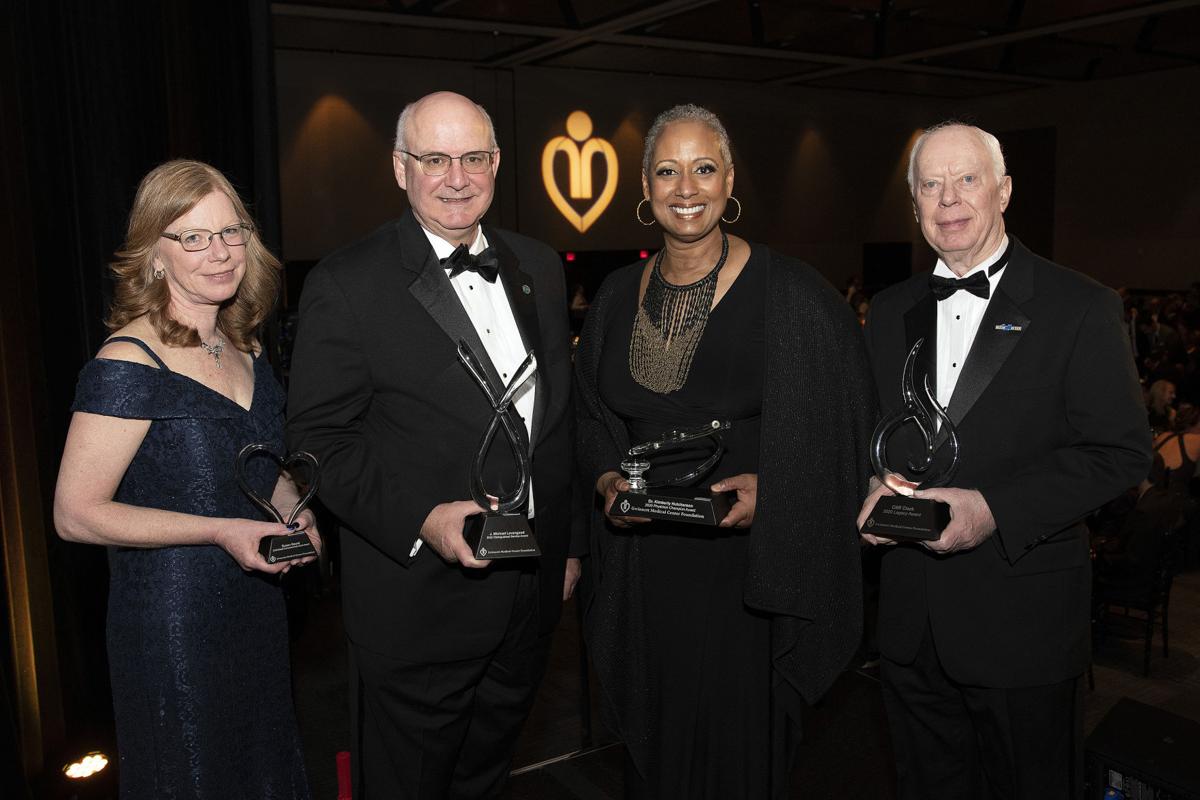 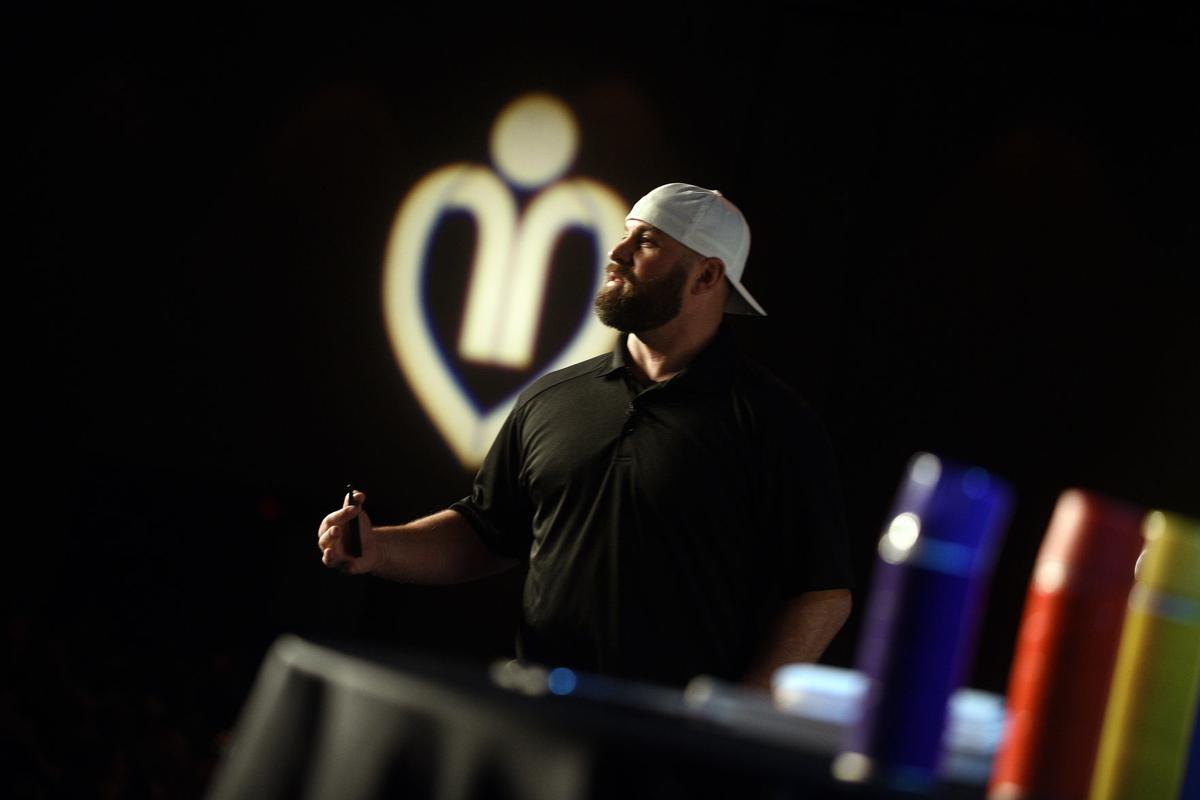 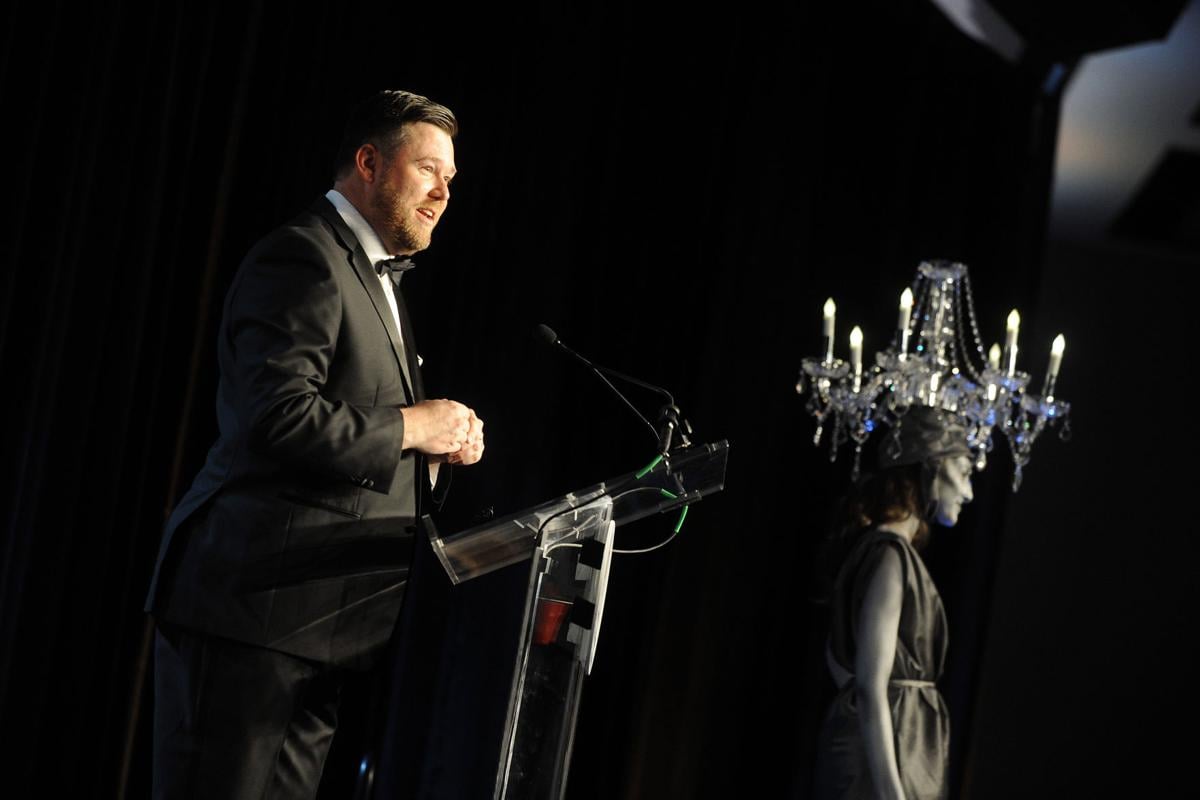 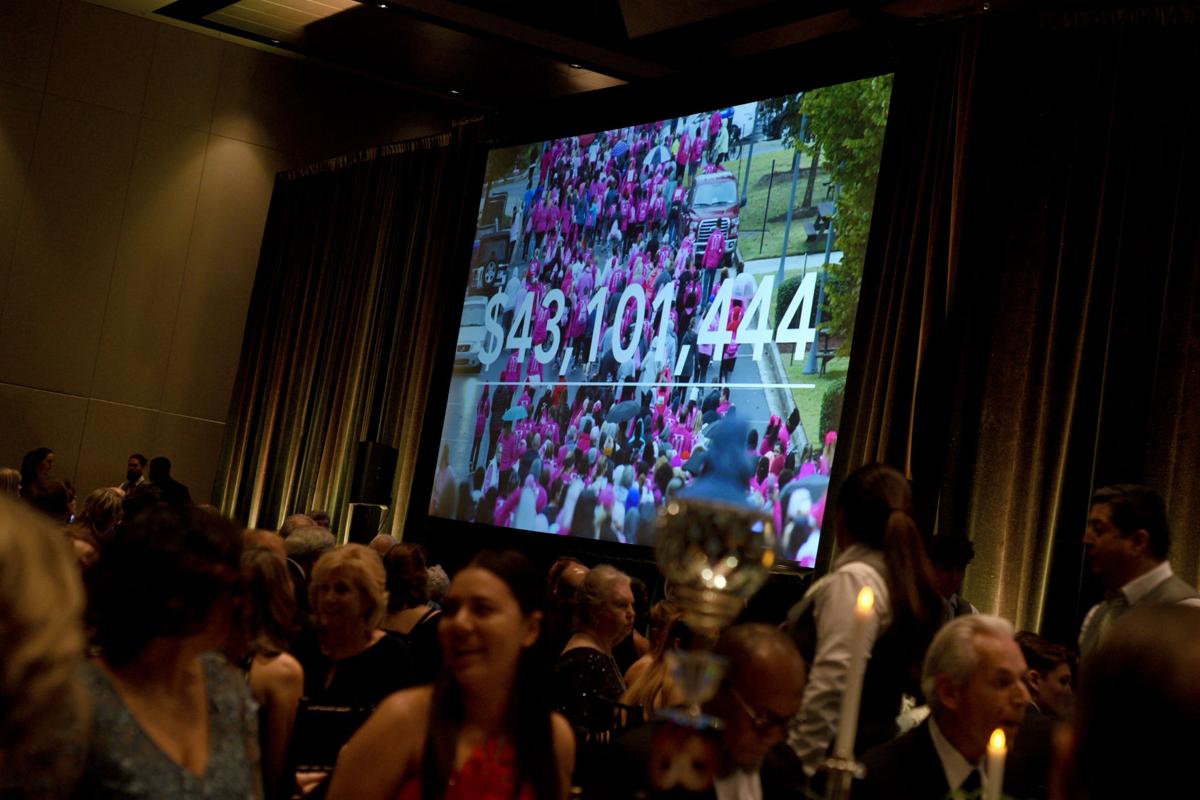 The total amount raised for the campaign is revealed during Saturday’s GMC Foundation Cornerstone Society Donor Appreciation Gala at the Infinite Energy Arena. 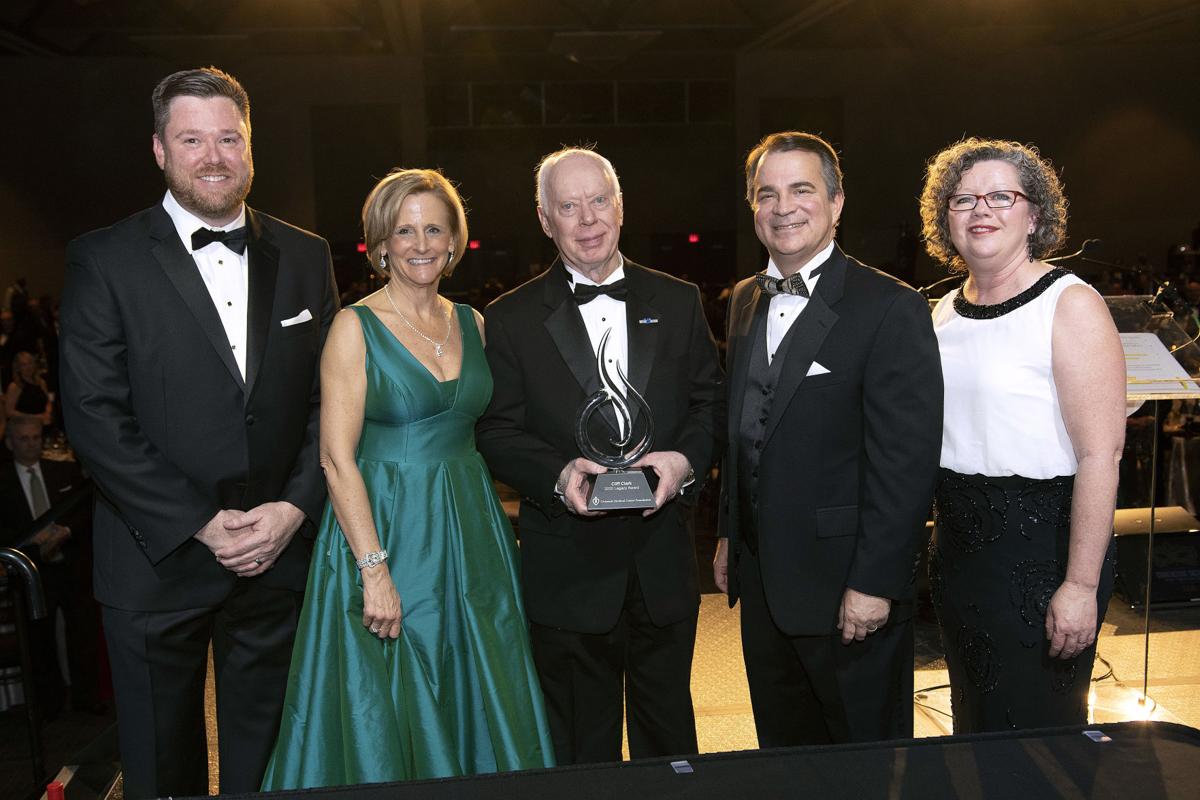 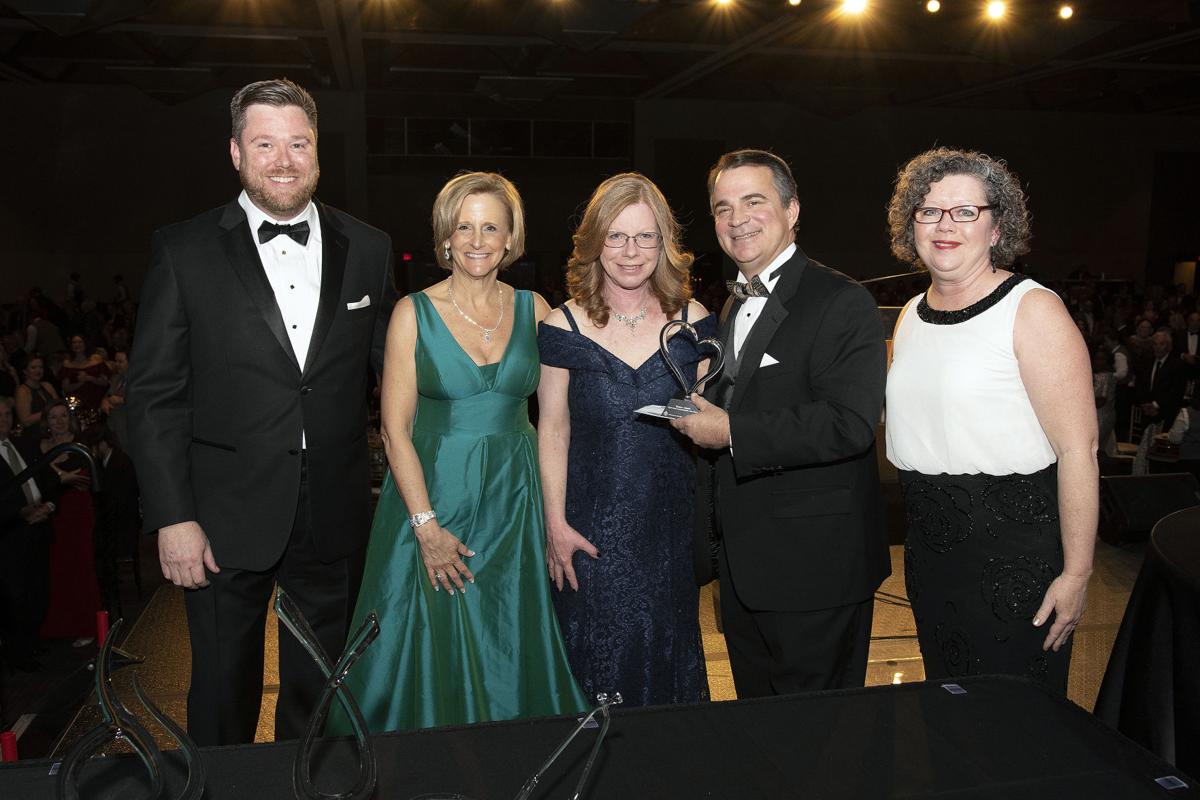 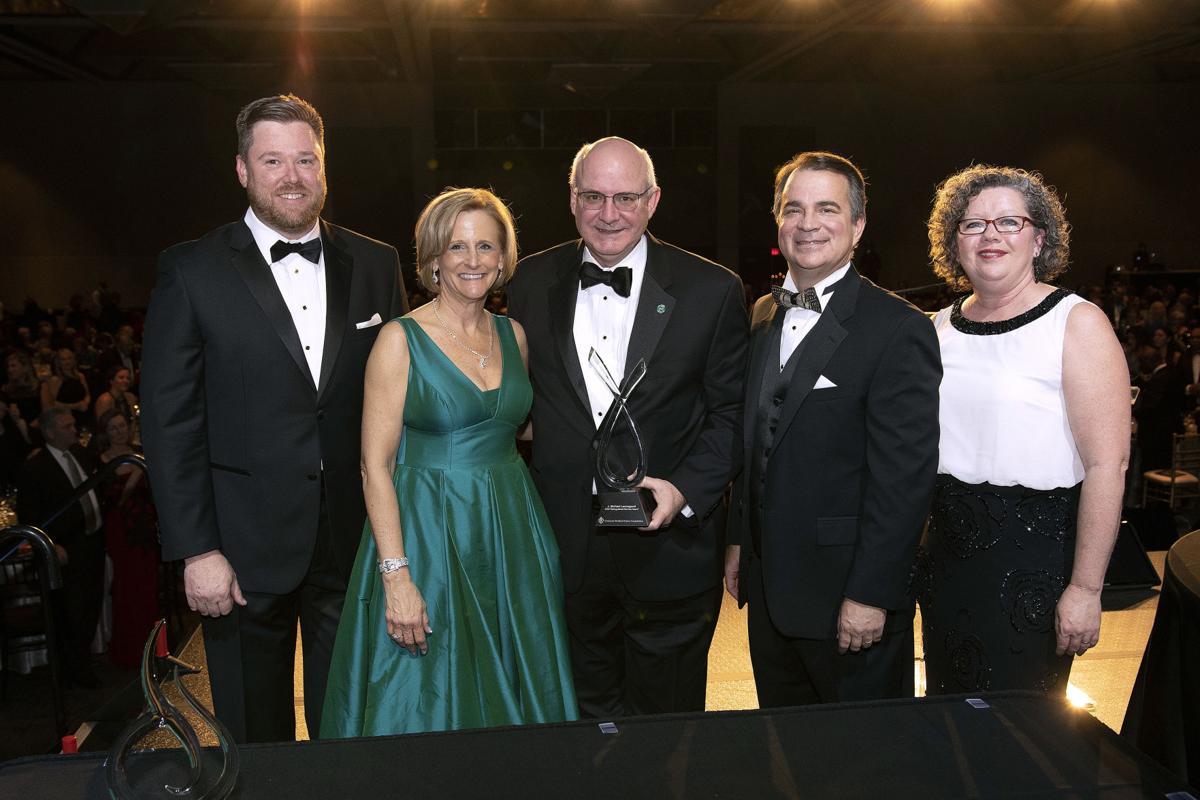 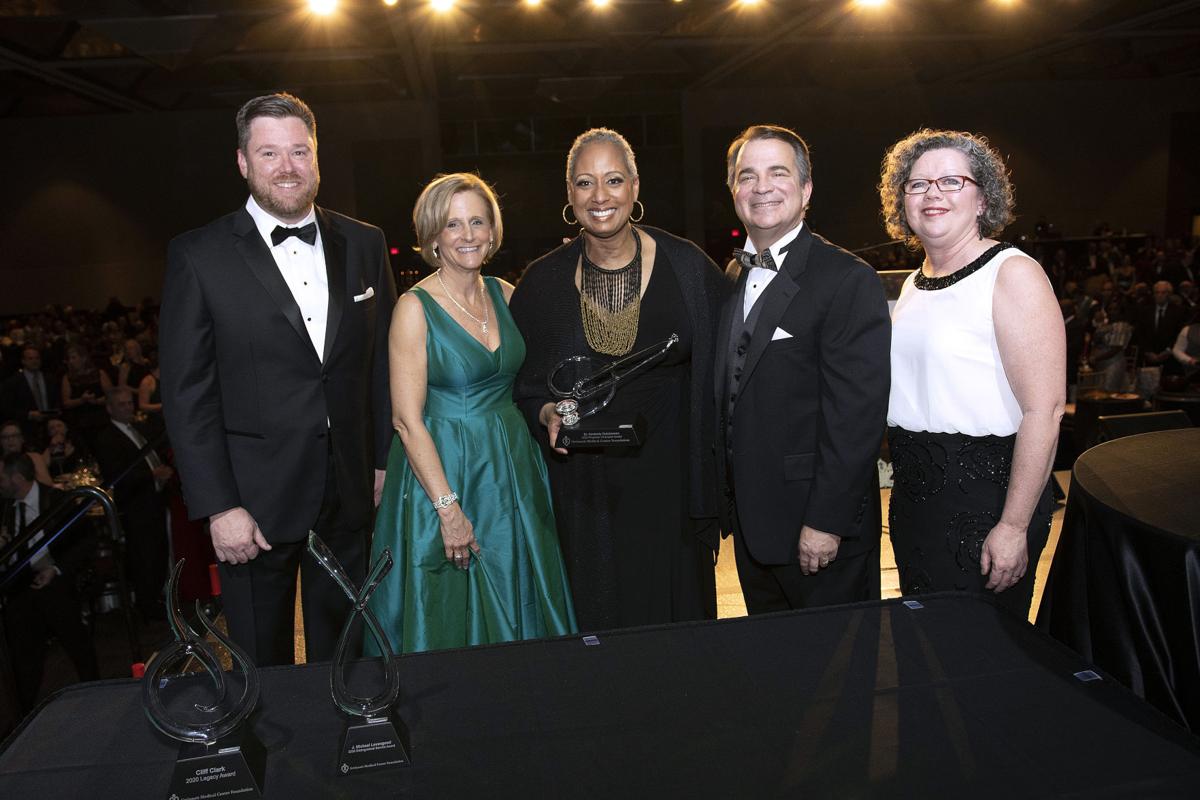 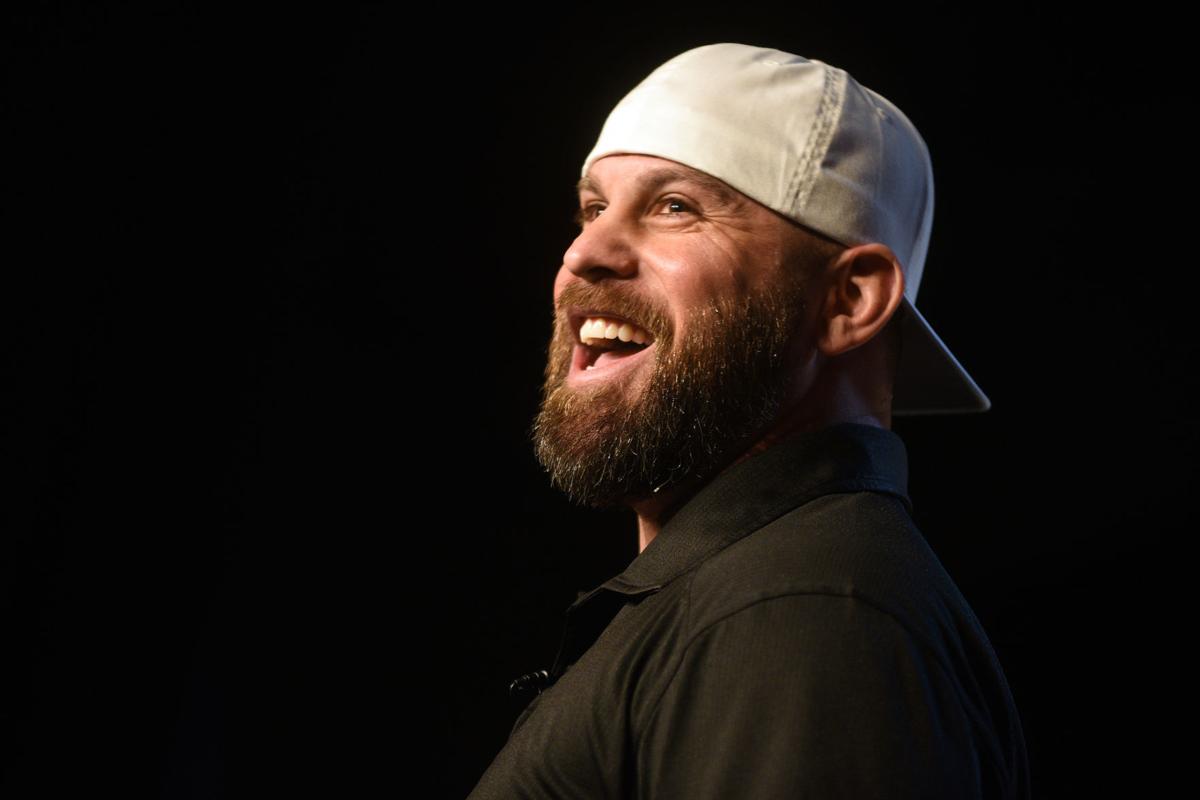 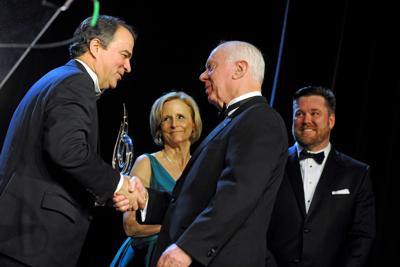 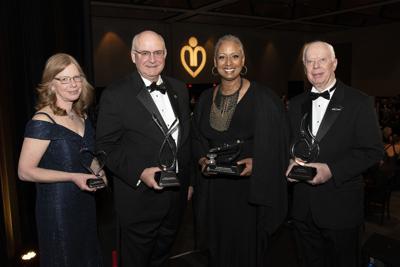 The total amount raised for the campaign is revealed during Saturday’s GMC Foundation Cornerstone Society Donor Appreciation Gala at the Infinite Energy Arena.

It was Christmas Eve, and while most physicians were gone for the holiday and no one would see him, Alden Hathaway had a medical emergency.

He said he didn’t know it at the time, but the herniated discs in his neck were going to paralyze him if he didn’t get treated.

One of the doctors at Gwinnett Medical Center agreed to see him on Christmas Eve. Within hours, Hathaway had an MRI scan and surgery to remove the discs. By Christmas Day, he was back home.

“I don’t know that too many hospitals would do that on Christmas Eve,” he said.

The theme was “Masquerade,” so there were plenty of masks, tuxedos and long, flowing dresses.

Overall, the foundation celebrated its 30th year since its founding.

The event took place at the Infinite Energy Center in Duluth and celebrated both individuals and organizations which support the foundation through donations of $1,000 or more so that physicians at the hospital can continue to save lives like Hathaway’s.

One accomplishment that was brought up was the Northside Hospital-Gwinnett Health System merger, which was finalized just last year.

Carlton Buchanan, Gwinnett Medical Center Foundation chairman, said there will be substantial changes and investments because of it, but that many things will also stay the same such as “the commitment to quality care.”

“Our goal is to build on Gwinnett Medical Center’s proud tradition of service to the community,” he said.

Four individuals who have made significant contributions to the health care community were spotlighted at the event, including Susan Gaunt, who received the Desai Compassionate Care Award.

The award is given to a Northside Hospital employee for his or her contributions to compassionate patient care. Gaunt is currently a stroke program coordinator at Northside Hospital Gwinnett and was honored for her 36 years of service to the hospital.

“Susan dedicates every part of her professional life and even her personal life to the care of stroke patients,” Erica Reilly, clinical manager of the Center of Neuroscience and Spine at Northside Hospital Gwinnett, said. “Her dedication is unmatched.”

Another award recipient was Kimberly Hutcherson, a radiologist with North Metro Radiology Associates and a member of the GMC Foundation Board of Directors.

She received the foundation’s Physician Champion Award, which recognizes an exceptional physician who specifically champions its fundraising efforts in support of the mission of the hospital system.

“Dr. Hutcherson has been very impactful by helping us with Paint Gwinnett Pink; she has never hesitated to help in any way she can and has supported the event every year since we started five years ago,” Jennifer Griffin, oncology community outreach navigator at Northside Hospital Gwinnett, said. “She will be remembered for all of the great things she has done for our hospital system. As the recipient of the Physicians Champion Award, it is well deserved.”

Levengood, an attorney in Lawrenceville and past chairman of the Gwinnett Health System Board of Directors leading up to the health system’s merger with Northside Hospital in August 2019, received the Distinguished Service Award.

The award honors an individual who has consistently demonstrated extraordinary commitment, dedication and service to Northside Hospital and the Gwinnett community through the donation of their wealth, work and wisdom.

And Clark, a GMC Foundation board member, received the Legacy Award as a tribute to his leadership, time and resources to create a lasting impact on patients and their families.

One of the presenters of the award said Clark has made a commitment to education in Gwinnett County and at Northside Hospital Gwinnett through the launch of the hospital’s Sports Medicine & Concussion Care-a-Van two years ago. He has also supported the hospital’s patient simulation center in memory of his late wife, Diane.

“When I think of Cliff Clark, I think of intent and purpose,” Paige Havens, vice chair of the GMC Foundation, said. “When we first started talking with Cliff about our vision for the Concussion Care-a-Van, he caught it right away and he really had an excitement because he saw that we had an opportunity to do something first.”

During an update on the Next Generation of Health Care Campaign, Buchanan said the foundation has raised $43.1 million so far, surpassing its $30 million goal almost a year early.

“Our success is the direct result of tremendous generosity and a collective commitment to impact the patient experience at Northside Hospital in Gwinnett,” Gwinnett Medical Center Foundation President Jason Chandler said. “It is our privilege each year to recognize the leadership, compassion and philanthropy of our employees, physicians, donors and volunteers.”

Jon Dorenbos served as the gala’s entertainment. Dorenbos, who placed third on “America’s Got Talent” recounted his personal experience through the foster care system and eventually earning two Pro Bowl appearances and a Super Bowl ring in his 14-year NFL career.

However, he was forced to retire from the NFL when he was diagnosed with a heart condition that required emergency open heart surgery. He has since become a sought after keynote speaker, mixing magic with his inspirational story.

For more information about the GMC Foundation, visit www.gmcgiving.org.

Chamian is a reporter with a Bachelor of Science in Journalism from Appalachian State University and a graduate of Gwinnett County Public Schools. She previously covered politics and education in North Georgia.