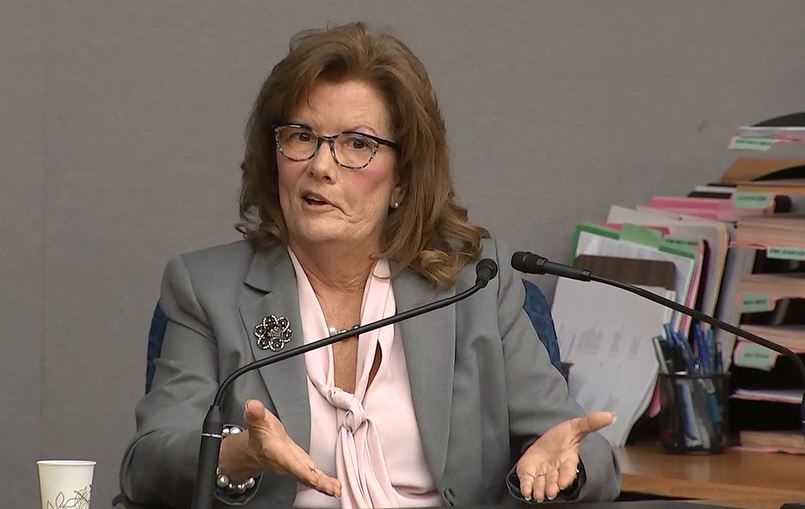 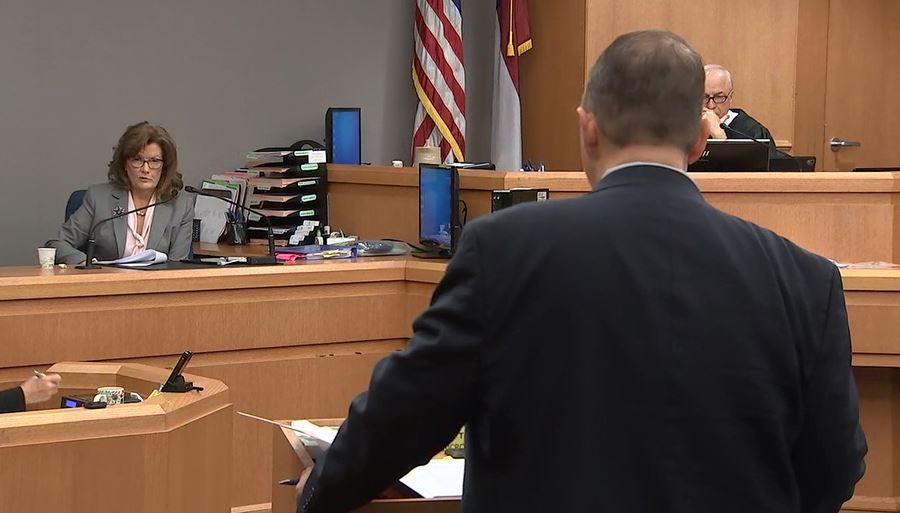 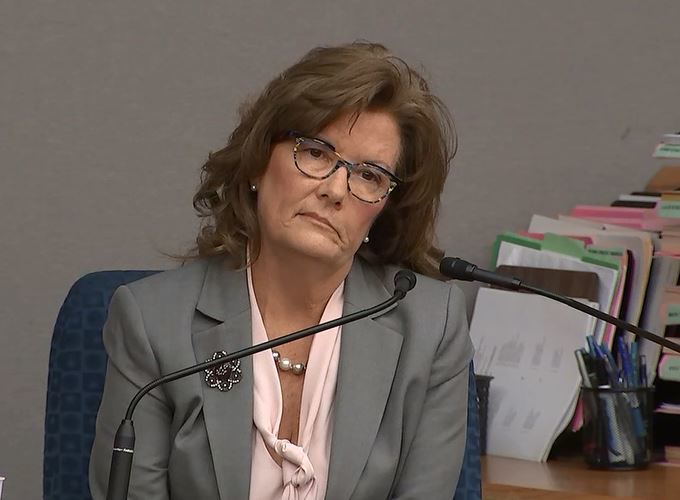 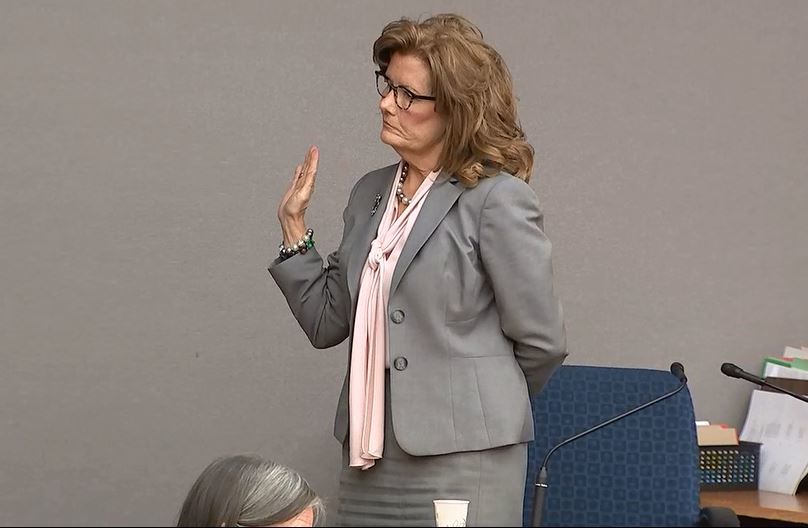 Gwinnett County Superior Court Judge Kathryn Schrader is sworn in before testifying during her computer trespassing trial on Thursday. 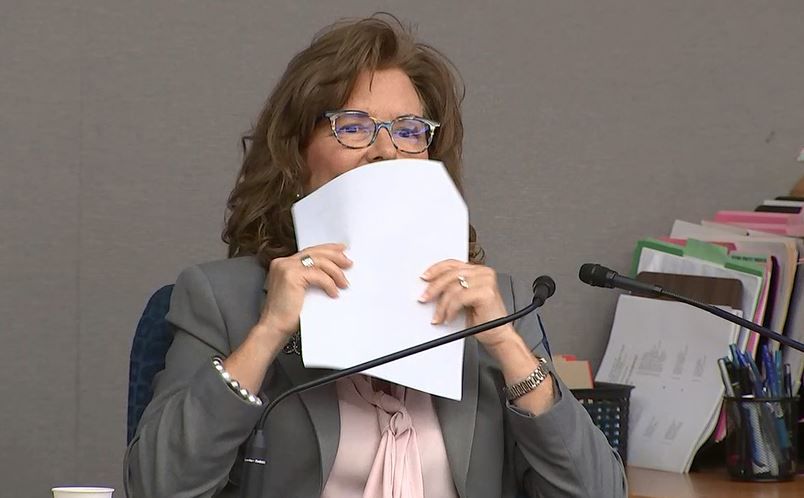 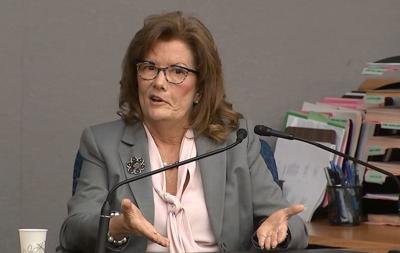 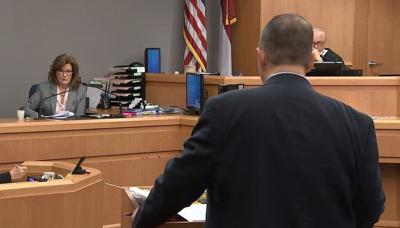 Gwinnett County Superior Court Judge Kathryn Schrader is sworn in before testifying during her computer trespassing trial on Thursday.

After nearly a week of listening as county officials, investigators, computer experts and her former co-defendants testify at her trial, Gwinnett County Superior Court Judge Kathryn Schrader finally shared her story in the complex computer trespassing case against her on Thursday.

And, she let the court know that she felt like a victim to whom no one would listen.

Schrader testified that concerns she raised to county officials about computer issues she was having were not addressed to her satisfaction. She said she tried to bring up cyber security at a meeting with her fellow Superior Court judges, but was only given just over two minutes to discuss her situation.

Things got so severe, she said, that she felt the need to record a meeting with her fellow judges where the installation of a device to monitor traffic on her computer was discussed.

“At that point, I felt violated in my computer, I felt like I wasn’t being heard and I wasn’t sure who was telling me the truth,” the judge said.

Closing arguments in Schrader’s computer trespassing trial will begin at 9 a.m. Friday, but the judge’s testimony on Thursday proved to be a highlight of the final day of testimony in the trial. Schrader was the last witness to testify in the trial, giving her the final word in a line of witnesses who began testifying for, and against, her on Tuesday.

It was also the first opportunity for the public to hear, in Schrader’s own words, the reasoning behind her decision to hire private investigator T.J. Ward to look into her concerns that District Attorney Danny Porter, or at least someone working in his office, was hacking her computer.

Ward in turn brought in former Forsyth County Sheriff’s Deputy Frank Karic and DragonCon co-founder Ed Kramer, who took an Alford Plea on child molestation charges in Gwinnett and severed ties with DragonCon years ago, to install a device that monitored activity on the judge’s work computer.

“I had exhausted myself trying to get answers to what was happening to my computer, in my office,” Schrader said.

Schrader testified that she found items, including a National Crime Information Center report and a warrant affidavit, printed out on her office printer on four occasions.

“It’s one thing if it happens once, but it happened four separate times with my printer on the same person,” Schrader said. “If I print something and it goes into cyberspace and I don’t know where it is, it doesn’t matter what it is, I kind of double check to see ‘OK, now am I using the right printer? Have I done something?’

“It was just alarming to me. I was doing everything I can to get attention to the issues that I had.”

Schrader said she had gone to IT professionals in the county’s court administration office several times to raise concerns about what was happening with the printer situation, and that Hayat Zamayar, the IT worker she interacted with, dealt with each printer issue as it happened. But she did not feel underlying causes behind those issues were being fixed.

“He was able to put a Band-Aid on the cut, but he was not able to tell me how the cut was happening,” Schrader said.

Another issue that came up was the discovery that Tracie Cason had been listed as an authorized user on Schrader’s computer. Cason had previously worked in the District Attorney’s Office overseeing cases that appeared in Schrader’s court division, but she had been elected to a Superior court judgeship in 2018.

At the time Cason’s name was discovered in the computer system, she was already a sitting Superior Court judge in Gwinnett County. It was not clear from testimony provided Thursday if it had been determined when Cason’s name had been added as an authorized user.

Earlier in the week, Zamayar testified that the county’s employee handbook outlined that no one from outside the county’s IT department was allowed to have access to the county’s internal computer network. When asked about the policy, however, Schrader asserted that she felt she was allowed to authorize the installation of a device on her computer.

“Allowing Frank Karic to install an unapproved device, would you say that is a violation of that county administrative policy,” Regan asked Schrader.

Whether Schrader is correct in her assessment about if she was allowed to authorize Karic to install the device on her computer, which gave Kramer the ability to copy data from the computer onto his own computer, will be up to the jury to decide when it begins deliberating the case Friday.

What's streaming on Netflix, Hulu and Amazon in March

THOMAS: The Russians are coming (again)