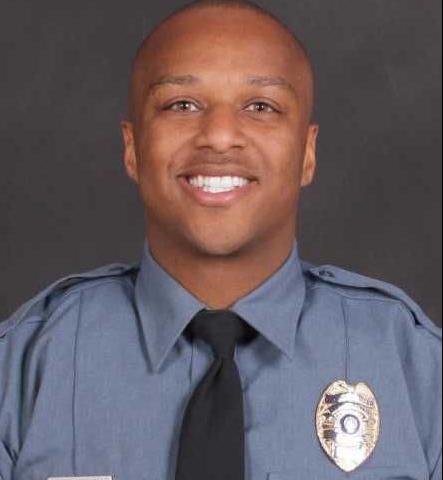 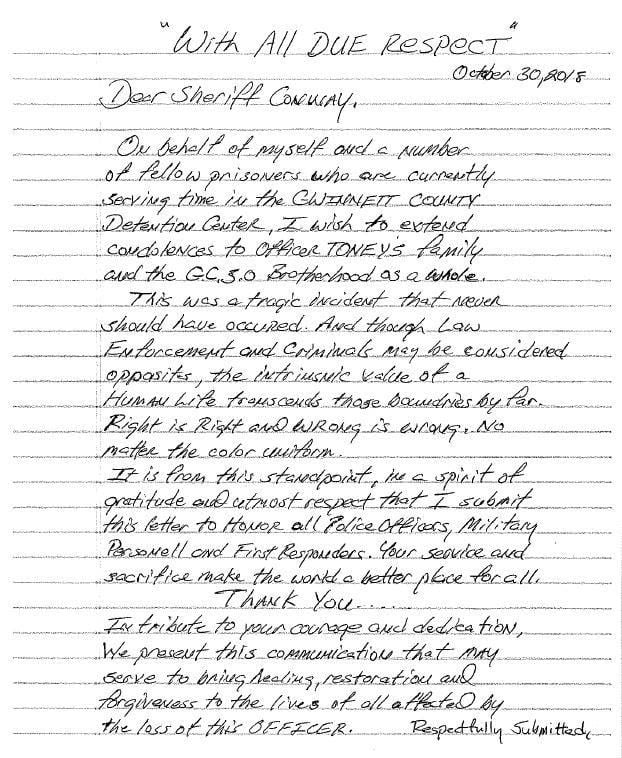 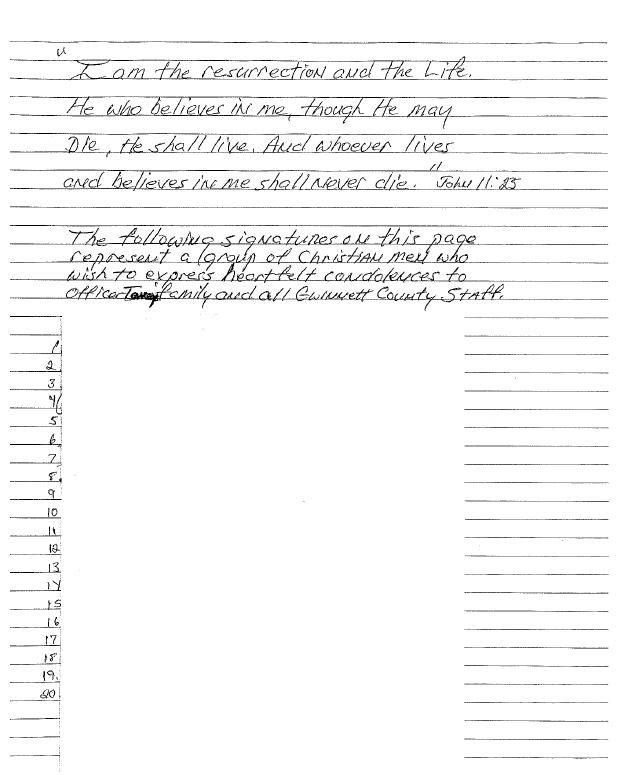 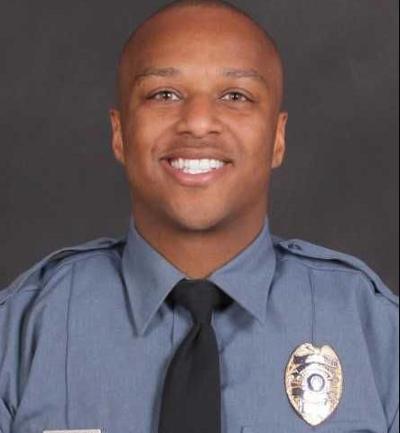 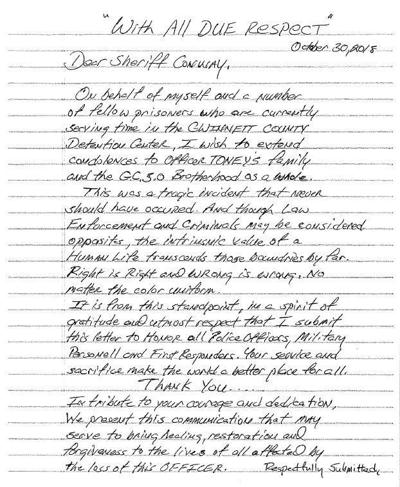 In the days following, the Gwinnett Community and beyond mourned the loss of the 30-year-old, with expressions of condolences pouring in from across social media sites and news outlets.

Now, a letter of sympathy from more than a dozen Gwinnett County Jail inmates to Toney’s family and local law enforcement has gone viral.

In the letter, which the Gwinnett County Sheriff’s Office uploaded in a Facebook post Saturday morning, the inmates write that Toney’s death “was a tragic incident that never should have occurred.”

“Though law enforcement and criminals may be considered opposites, the intrinsic value of a human life transcends those boundaries by far,” the letter said. “Right is right and wrong is wrong, no matter the color uniform. It is from this standpoint, in a spirit of gratitude and utmost respect, that I submit this letter to honor all police officers, military personnel and first responders. Your service and sacrifice make the world a better place for all…THANK YOU.”

The letter concludes with, “In tribute to your courage and dedication, we present this communication that may serve to bring healing, restoration and forgiveness to the lives of all affected by the loss of this officer.”

Toney, who killed near a Snellville school on Oct. 20 — exactly three weeks prior to when the sheriff’s office posted the letter to Facebook — was responding to a report of a suspicious vehicle when the alleged shooter, Tafahree Maynard, opened fire through the car’s closed windows.

Thousands of law enforcement officers from across the state and country turned out for Toney’s funeral, while locals lined the procession route from the church to funeral home after Toney’s service.

In uploading photos of the letter to Facebook, the sheriff’s office said it did so because “we wanted to share yet another kind gesture with you today to honor Officer Toney and the incredible impact he’s left on our community.”

“Sheriff Butch Conway received a heartfelt letter from the most unlikely group of citizens expressing their sorrow at our loss and their support of law enforcement,” the post said. “The return address on the envelope is our own because the letter was sent by a group of inmates currently housed in our jail.”

While the sheriff’s office did not include the inmates’ names for privacy reasons, the agency said it is “deeply appreciative of this act of kindness from these men” and “we think that Officer Toney would also be appreciative of their actions and we hope you are, too.”

“We’ve never seen a greater show of community support than we did as Officer Toney’s family led the procession following his memorial service,” the Facebook post said. “Amazing citizens lined the streets for miles and miles. We saw people on crutches, in wheelchairs and holding canes standing outside for hours to pay their respects. We saw school children whose parents signed them out of school to honor our slain brother. These meaningful acts humbled every law enforcement officer who witnessed them.”