Since January 2019, Gwinnett County police have made 19 arrests and filed warrants for hundreds of charges pertaining to a California-based street gang the department announced Tuesday.

The Gwinnett Gang Task Force, a joint task force of detectives and officers from Gwinnett County Police Department and Sheriff’s Office, began to investigate the “59 Brims” Bloods street gang in January. Police said the gang began in the Ocean View Hills neighborhood in the southern section of San Diego.

Police arrested 29-year-old Wonnawon Wonzon, who was identified as the Atlanta leader of the “59 Brims,” and other members of the gang’s leadership. Wonzon alone was charged for more than 30 different crimes.

Police said 34-year-old Marlin Smith — who went by the alias “Bandana” – was arrested as a result of the investigation and identified as the leader of the “59 Brims” in North Carolina and Virginia. 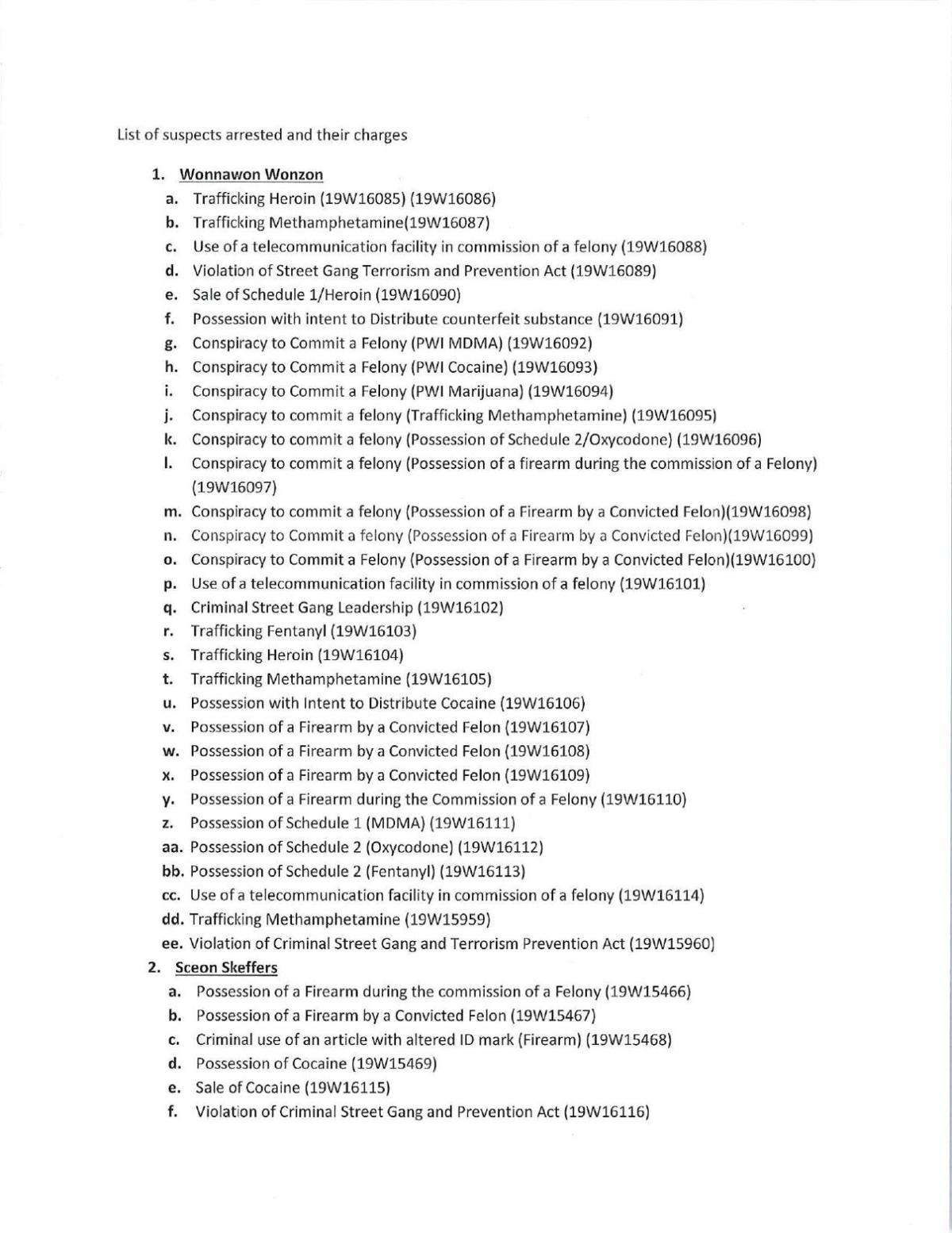 Police said, in July of 2019, the Gang Task Force identified Wonzon and four others as main targets — Sceon Skeffers, 29, Robert Lo, 28, Anthony Savage, 23, and Devery Dees, 24. Police said the investigation led to the identification and arrest of several other gang members, the seizure of 72.4 grams of fentanyl, 139 grams of heroin, 57.6 grams of cocaine, 44.6 grams of MDMA, 2,447 grams of meth and the recovery of 18 firearms (4 stolen).

The Georgia Bureau of Investigation said Wednesday that Robert Lewis Henderson Jr. and Antonio DeMarty Evans both turned themselves in to the Butts County Sheriff’s Office Wednesday morning on charges stemming from the death of Nicholas Bryan.

Taiwan's coronavirus response is among the best globally

Report: Trump hopeful for a full NFL season despite coronavirus