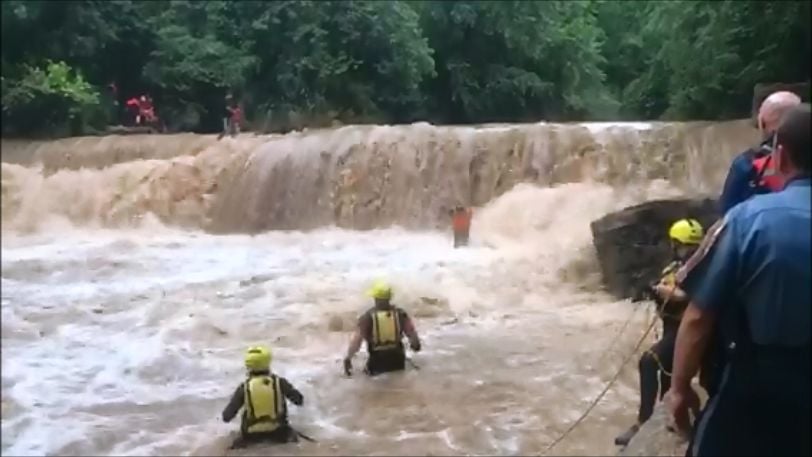 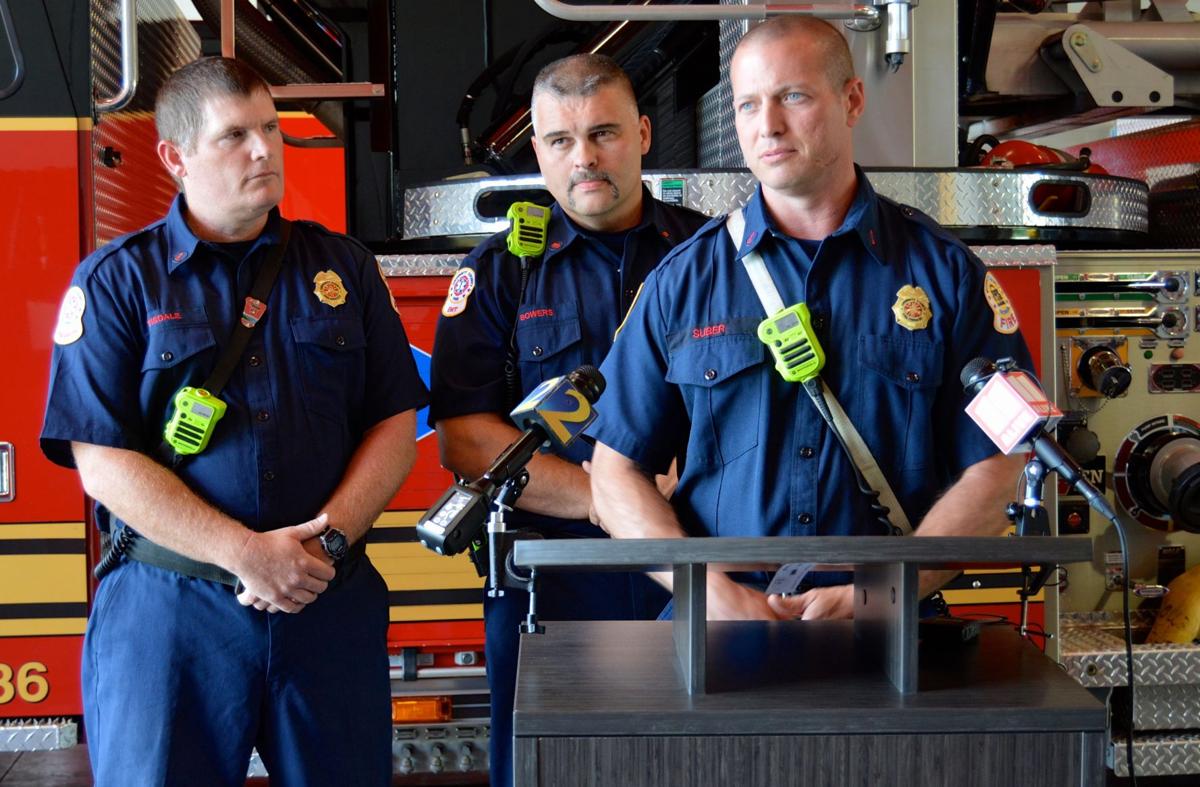 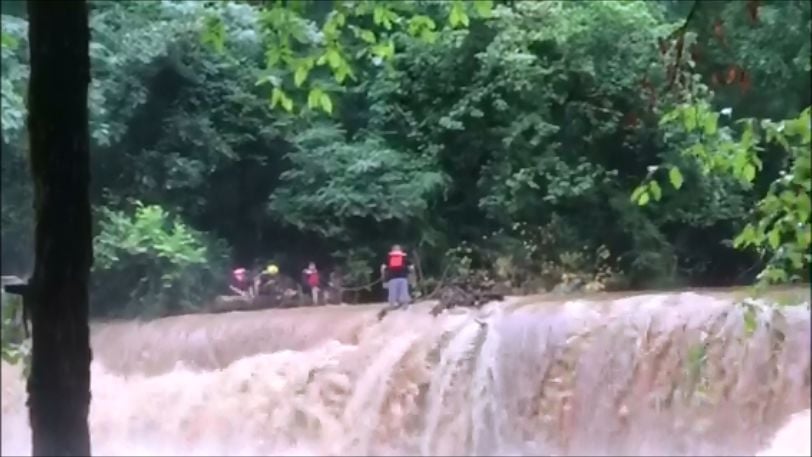 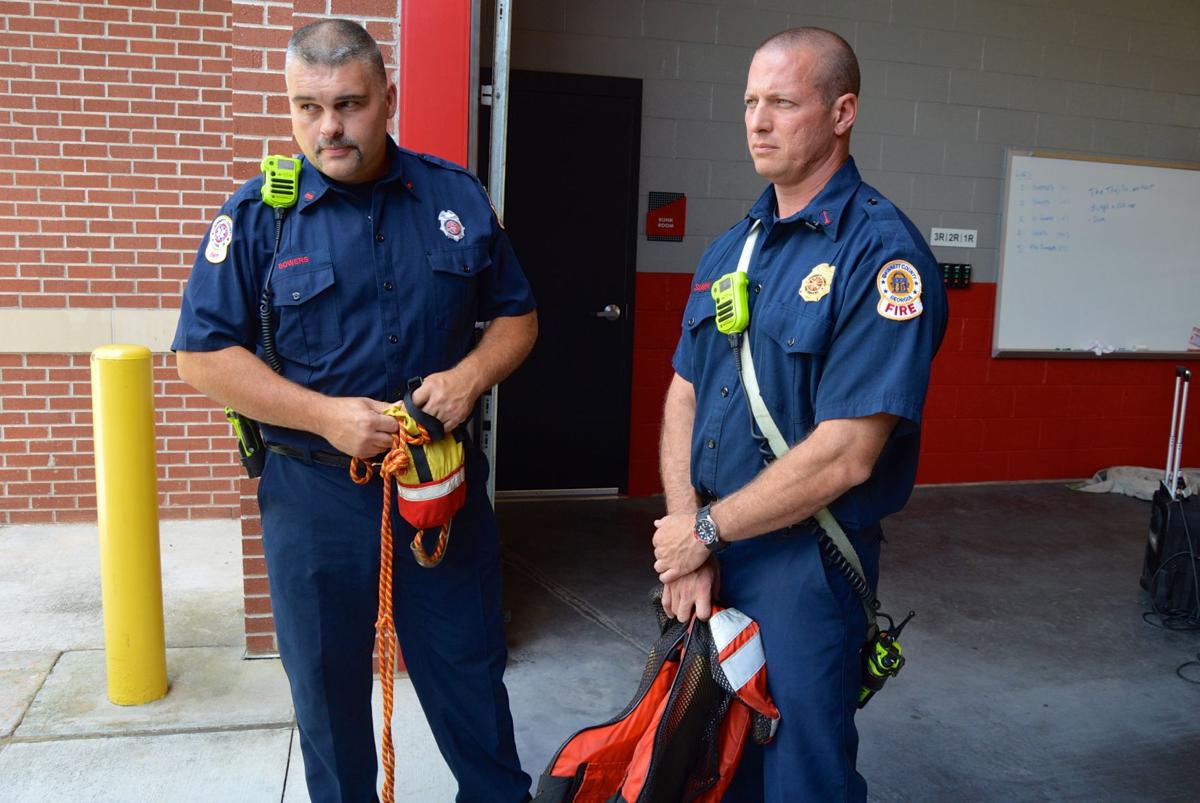 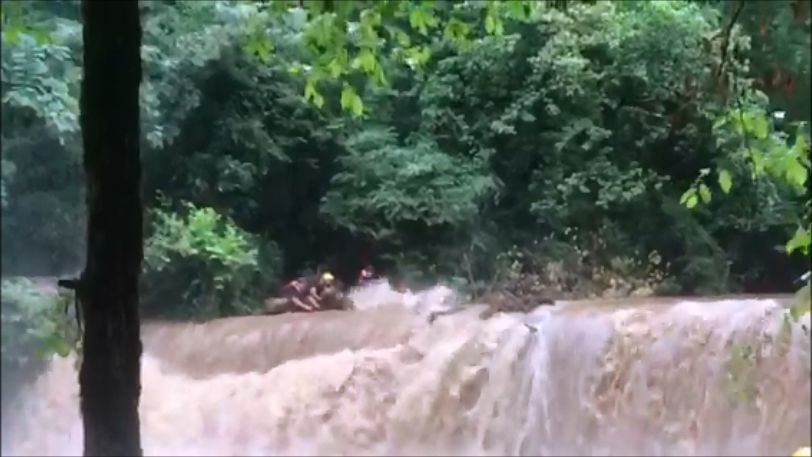 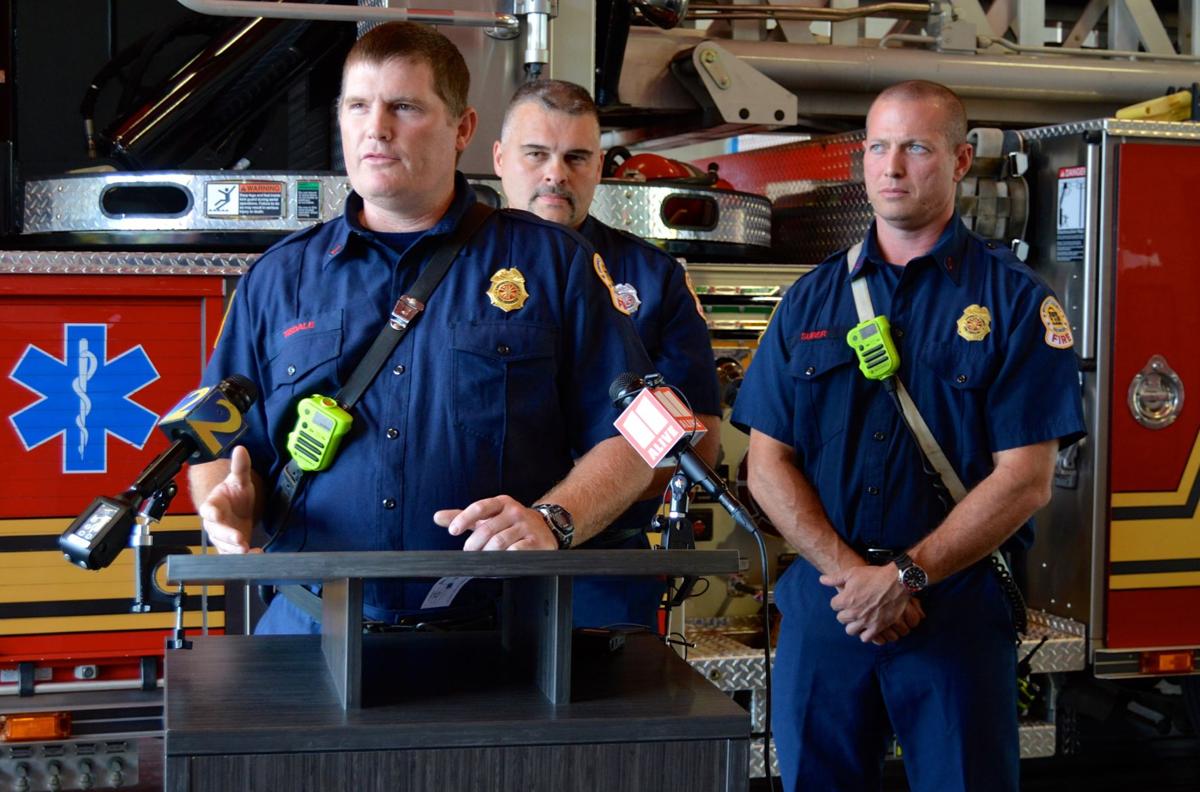 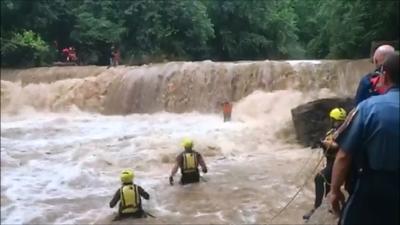 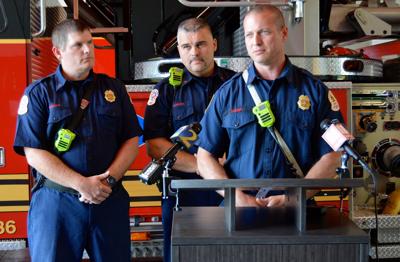 A group of Gwinnett firefighters who helped rescue 10 children and one adult from raging whitewater in Alcovy River Saturday afternoon said it was a “blessing” they arrived at the river when they did — and that God had a hand in the successful save.

Gwinnett County Department of Fire and Emergency Services Firefighter Driver-Engineer Stan Bowers, Lt. Ty Suber and Lt. Craig Tisdale were several of the first to arrive at Freeman’s Mill Park after being dispatched to a “frantic” 911 call about a group of people trapped on a rock in the river and several more trapped above the dam.

“It was extreme chaos,” Bowers said. “The river was extremely flooded; it was swiftwater conditions to the highest level. There were 11 occupants in the river in three different groups. The one we addressed first was (a teen) at the top of the dam; he was three or four inches from going underwater. He was braced against the dam, so we very quickly tried to save him.”

Though the fire department’s Swiftwater Rescue Team had not yet arrived on scene when the first firefighters got to the park — the swiftwater technicians, who are specially trained for treacherous water rescues, arrived about 20 minutes later — Bowers, Suber and Tisdale said they knew they had to jump into action.

“Initially we were assigned as downstream safety, so in case anybody fell off (the dam or rock) we would try to get them with a (rope) throw bag,” Suber said. “At that point when we went downstream, I saw the victim at the top of the river and talked to Stan real quick about going up and getting him ... he was very critical; I thought we were going to lose him at any minute. (Bowers) agreed that immediately we’d have to go up and get him — that there was no way he would last (until swiftwater arrived). I think the incident commander also realized that the people on the rock (below the dam) were not going to stay there, because they were bunched up very tight and the rock was slippery and we didn’t know if the river was still rising.”

While Suber and Tisdale worked to get the eight people on the rock back to shore, Bowers focused on the 15-year-old who was barely hanging on at the top of the dam, as well at the two others who were trapped separately up there.

“(Bowers) was able to get (the teen) out, which was really kind of miraculous because his head was just barely above the surface,” Suber said. “We then worked on the others.”

By the time swiftwater technicians arrived, firefighters had rescued four victims — something both Suber and Bowers called said they were thankful for.

“It was a great success; it was a blessing that we were able to do that,” Suber said. “Once swiftwater and all the other units arrived, that’s when we were able to get the rest of the victims.”

Swiftwater Rescue Technician Lt. Cody Baker, who aided in the rescue, said training his team underwent at Six Flags Over Georgia last spring, and training the team does regularly on the Chattahoochee River, helped prepare him and his fellow technicians for the rescue.

“We did face a lot of the water conditions that we see at Six Flags, but there was also a lot more debris, mud and the density of the water changes your swimming pattern and how you float in the water,” Baker said. “But when you train in different bodies of water, you pick up bits and pieces from everywhere, so there are sections of Six Flags’ (Thunder River) that are similar to what we saw (Saturday). Obviously, though, looking at the flooding, it was apparent that it was a lot of volume, a lot of velocity and a lot of debris.”

For Bowers, Suber and Tisdale, who are not part of the swiftwater team and thus don’t have the kind of training those technicians do, the rescue was especially remarkable.

“It was an absolute blessing,” Bowers said. “We were in the right place at the right time thanks to the good Lord.”

Though none of the victims, all of whom have recovered from the incident, have been charged criminally for being in the water, Gwinnett County Police Department spokeswoman Cpl. Michele Pihera said in the days since the rescue, officers have conducted “at least 17 area checks of the park.”

Signs are posted around the park and near the dam that prohibit swimmers or waders from entering the water.