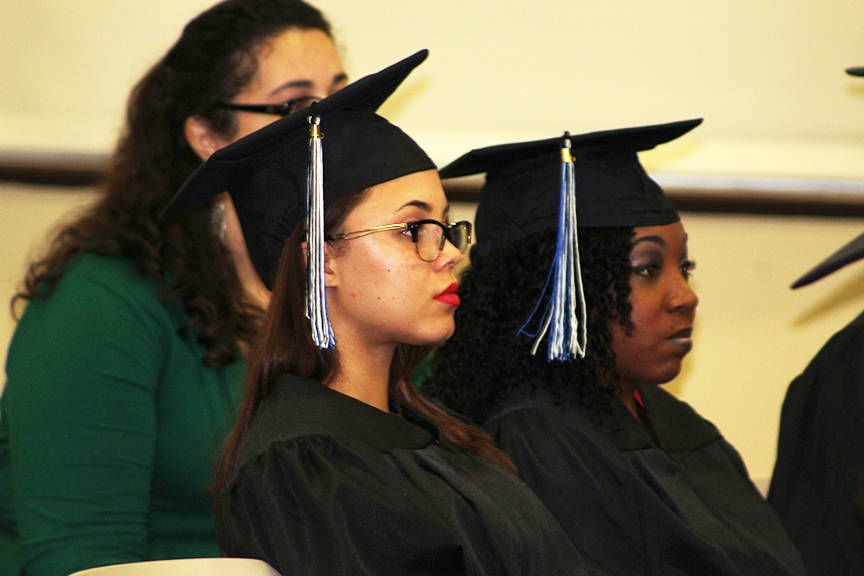 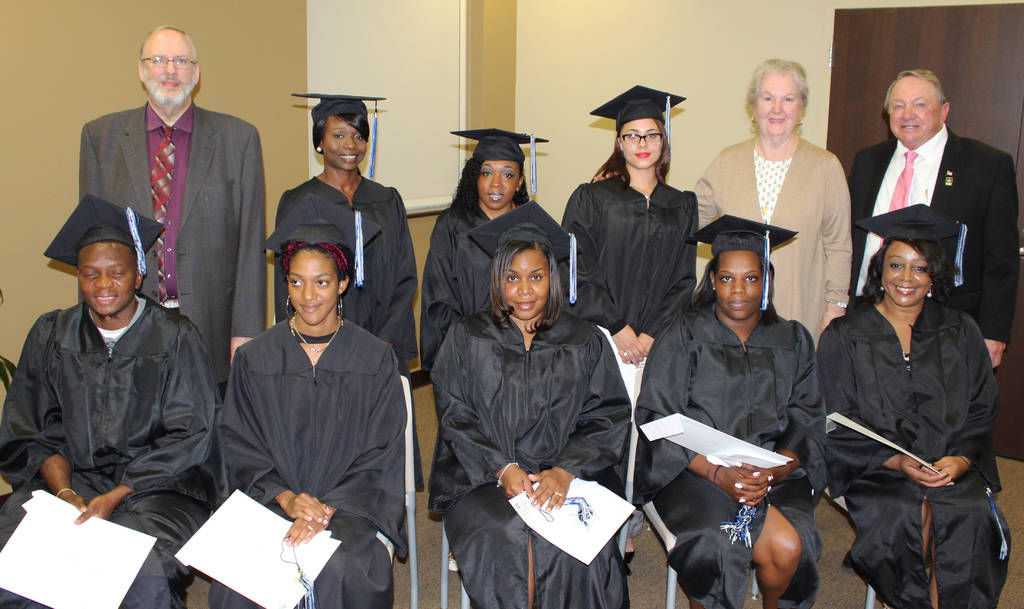 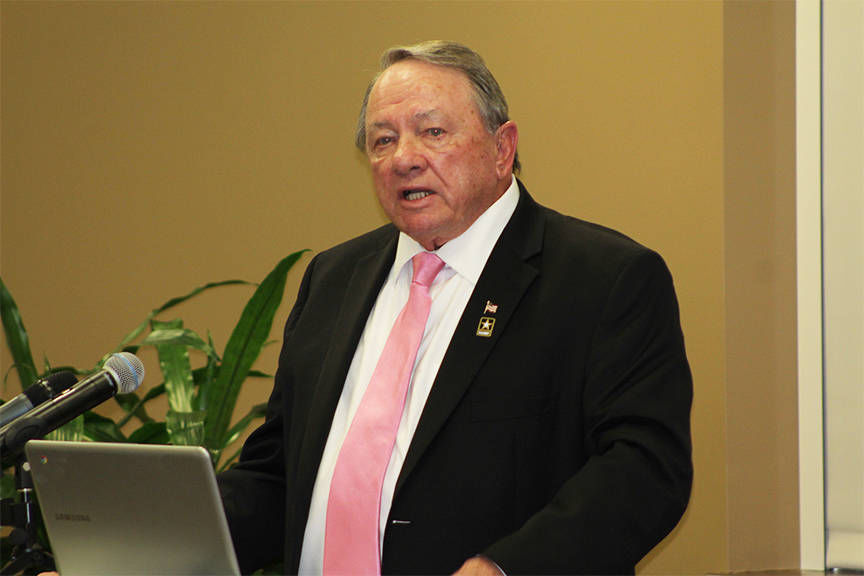 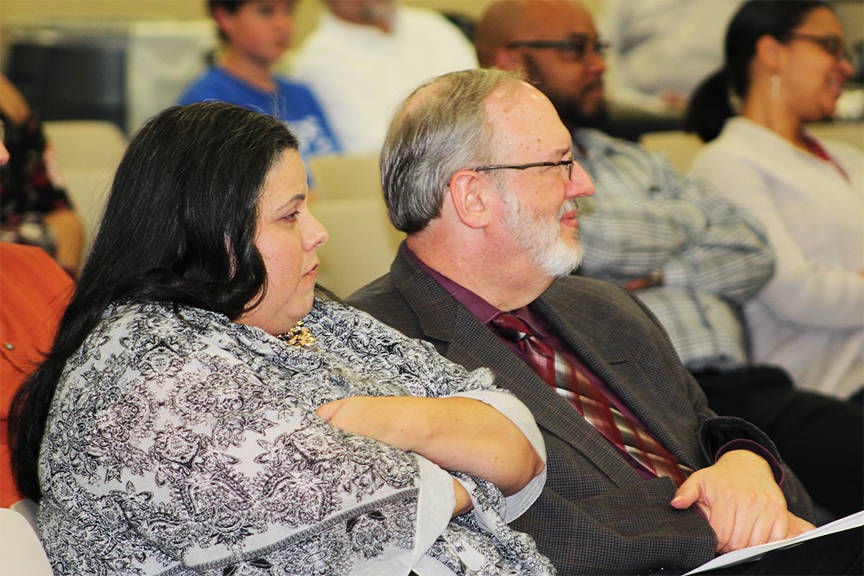 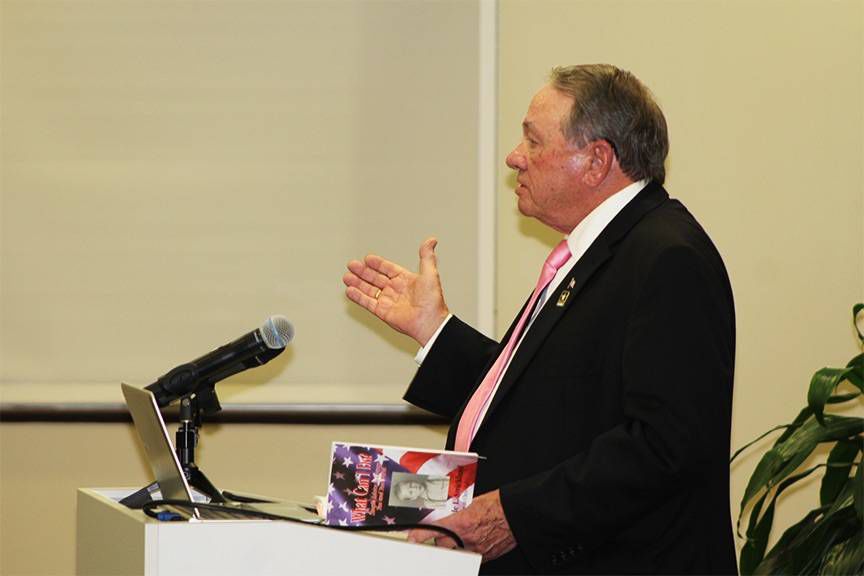 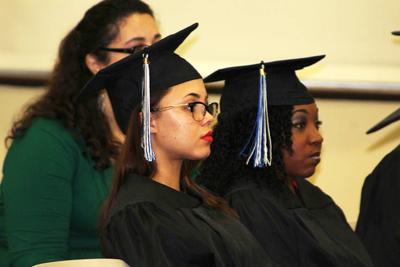 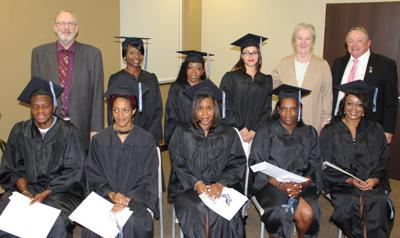 This past week, eight adults donned caps and robes for the first time and arrived at the Lilburn branch of the Gwinnett County Public Library to receive their high school diplomas.

“They were certainly thrilled to have their families there cheering them on,” said Gwinnett Library Executive Director Charles Pace. “There were good vibes in the room.”

Pace said it’s one of only a few programs he knows of that gives adults who have aged out of the school system a chance to earn their high school diploma.

“We take care of the costs,” he said. “It’s largely donor driven, so most of it is paid for by donations to the library system.”

The students’ responsibility is to finish their coursework within the 18-months allotted to them.

Gwinnett library Training Manager and Librarian Casey Wallace said there’s a diverse group of adults participating in and graduating from the library’s high school degree program. Many have hectic home schedules to work around.

“There’s a contingency of students who happen to be young mothers or who have young families,” Wallace said. “Another contingency are people whose kids are moving on to high school or college, and they’re looking at their situation and saying, ‘Now what?’”

The Career Online High School allows students to work around their schedules, completing school work during the day or at night.

Even with hectic schedules, Wallace said many of the graduates finished their coursework faster than the 18-month deadline. Some finished in just nine months. On average, it took the first class about a year to earn their high school diplomas.

That’s partly because students can apply previous high school credits toward their diploma. For instance, a student who dropped out of a traditional high school after ninth grade would begin the Career Online High School with 10th-grade class work.

“Students might not have to start from square one,” Wallace said.

But both Wallace and Pace said they noticed another reason the recent graduates seemed to finish their courses so early: They were ready to move on to bigger and better things.

“I know at least one of them is already enrolled in classes at Gwinnett Tech,” Pace said. “Eventually, he wants to get his bachelor’s degree. Another wanted the credentials for work-related reasons.”

Pace said GCPL officials realize those graduates’ success represent success for Gwinnett’s economy, too. That’s why he considers it important that the library act as “the people’s university.”

“There are about 70,000 adults in Gwinnett who don’t have a high school diploma,” he said. “We see ourselves as an educational institution. One of the things we work to do is to close this gap.”

On Oct. 21, the library system brought eight people closer to seeing that gap close. Pace said it was an exciting moment for officials. And it was something even more special to the graduates, who Pace described as “excited, but a little overwhelmed.”

“I think a lot of them weren’t used to the spotlight,” he said. “That’s another thing — this was a great way to put the spot in a positive way on people that aren’t used to that kind of positive attention. There were a lot of big smiles.”

Adults who wish to enroll in Career Online High School should contact Wallace at cwallace@gwinnettpl.org or at 770-822-5356. There’s a waiting list for the program.