Log In Sign Up
You are the owner of this article.
Edit Article Add New Article
You have permission to edit this article.
Edit
Home
News
e-Edition
Sports
Entertainment
Opinion
Obituaries
Community
Multimedia
Marketplace
Help
BusinessCitiesCrimeEducationHealthNationalPolitics
1 of 10 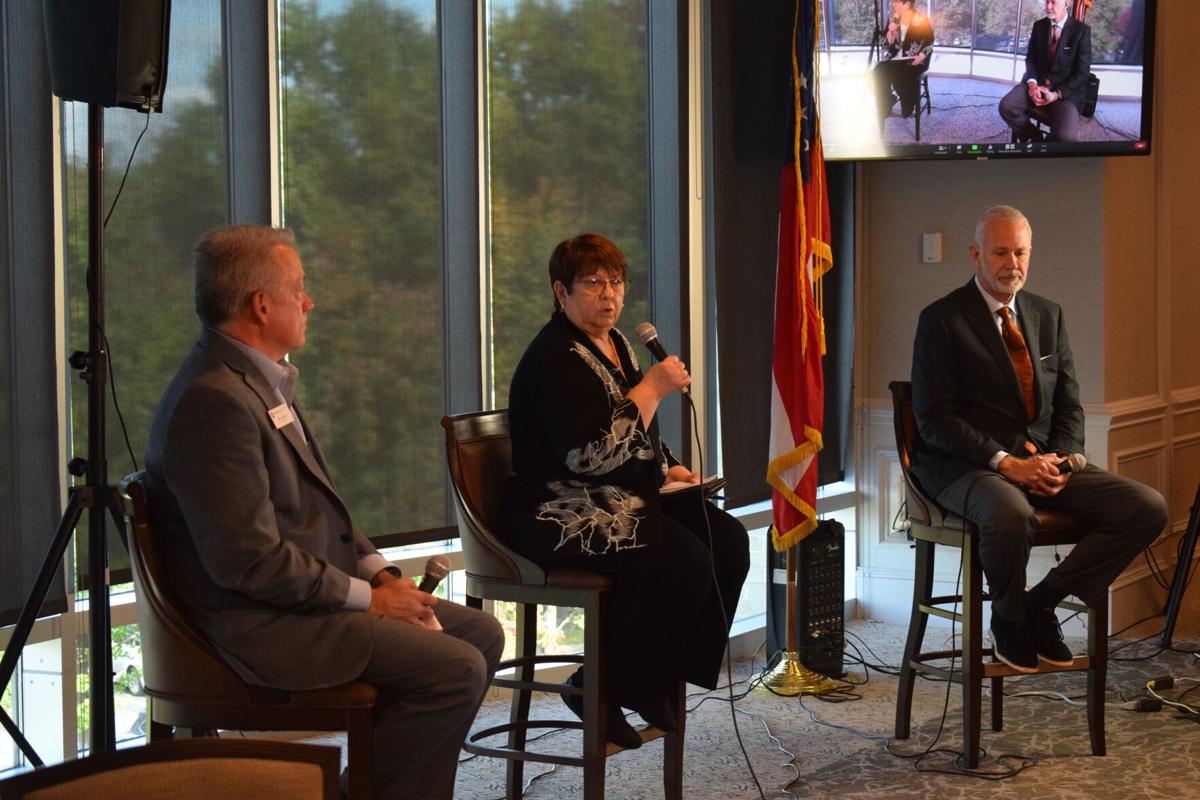 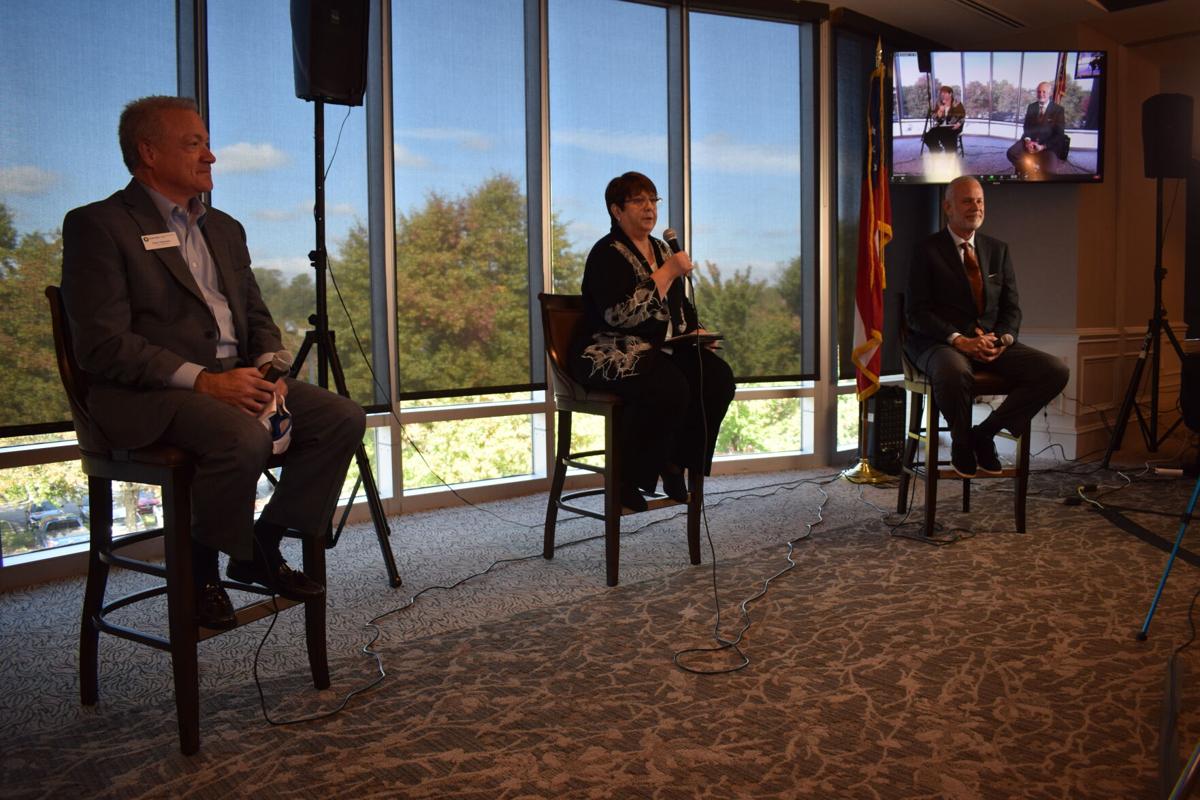 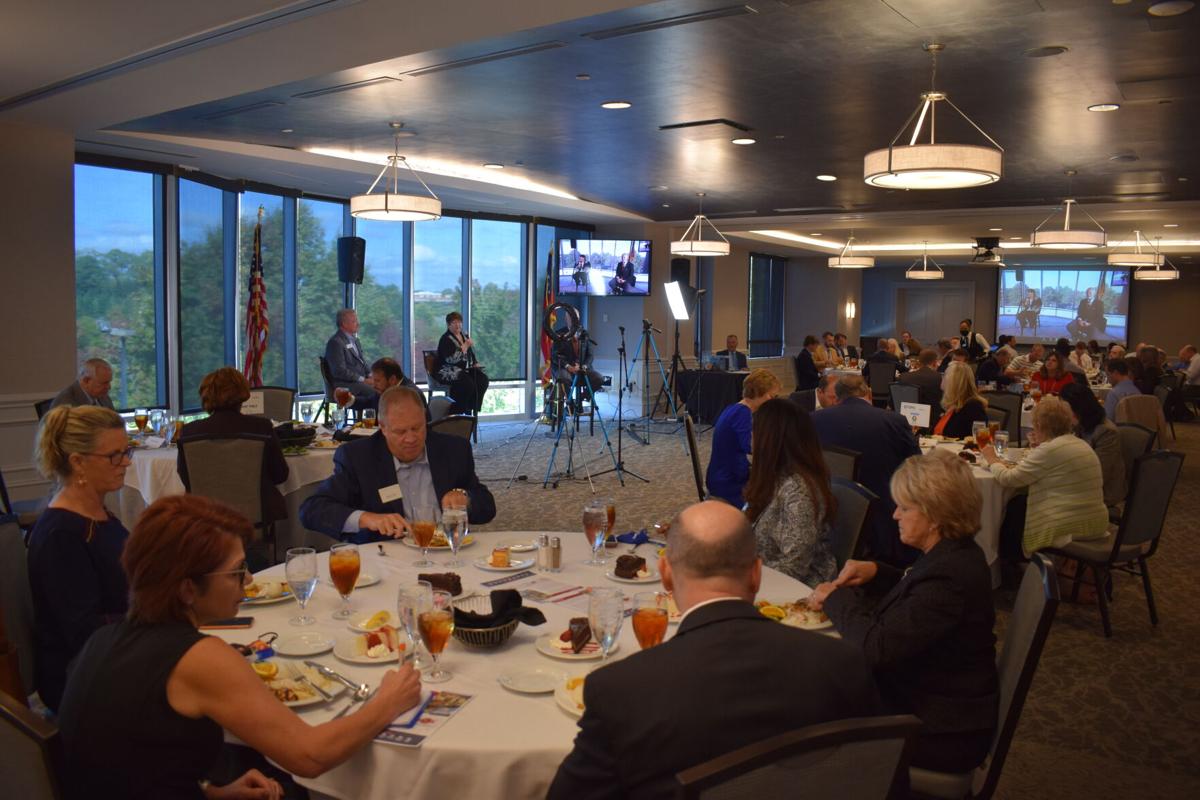 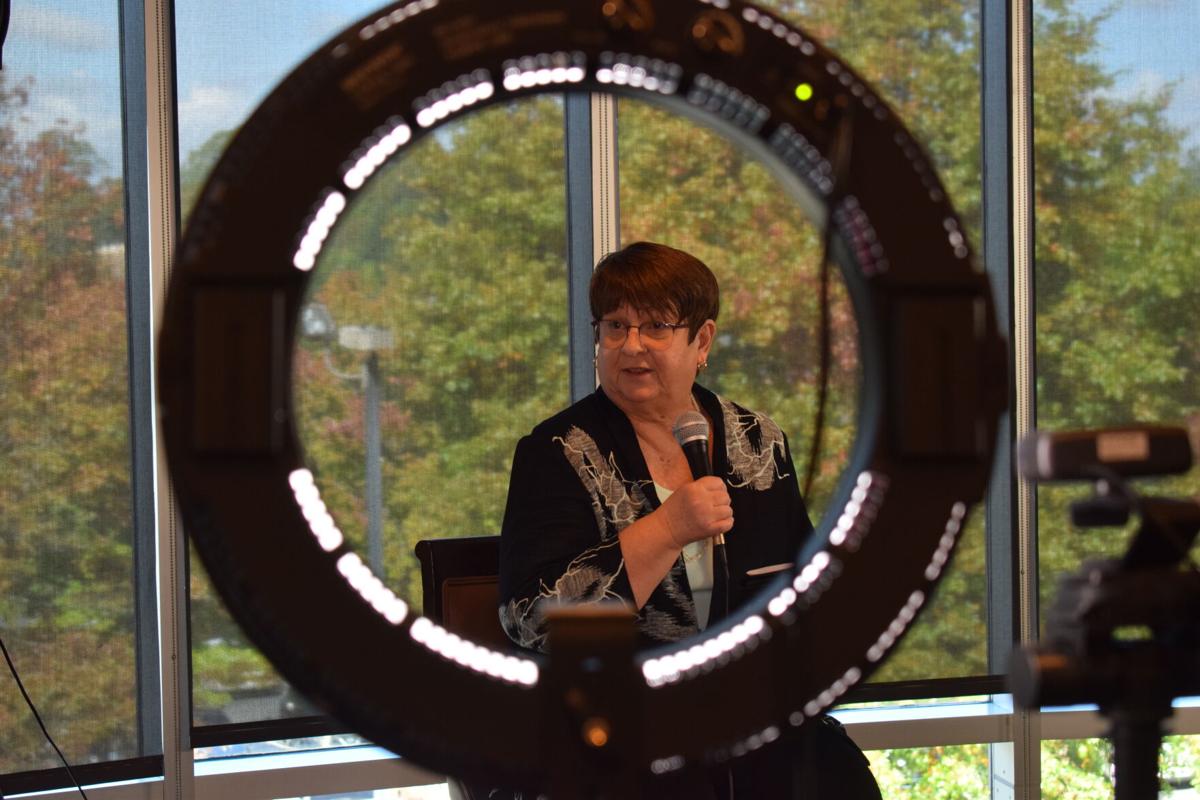 From left, Gwinnett County commission Chairwoman Charlotte Nash discusses the Rowen development during a presentation to the Gwinnett Chamber on Wednesday. 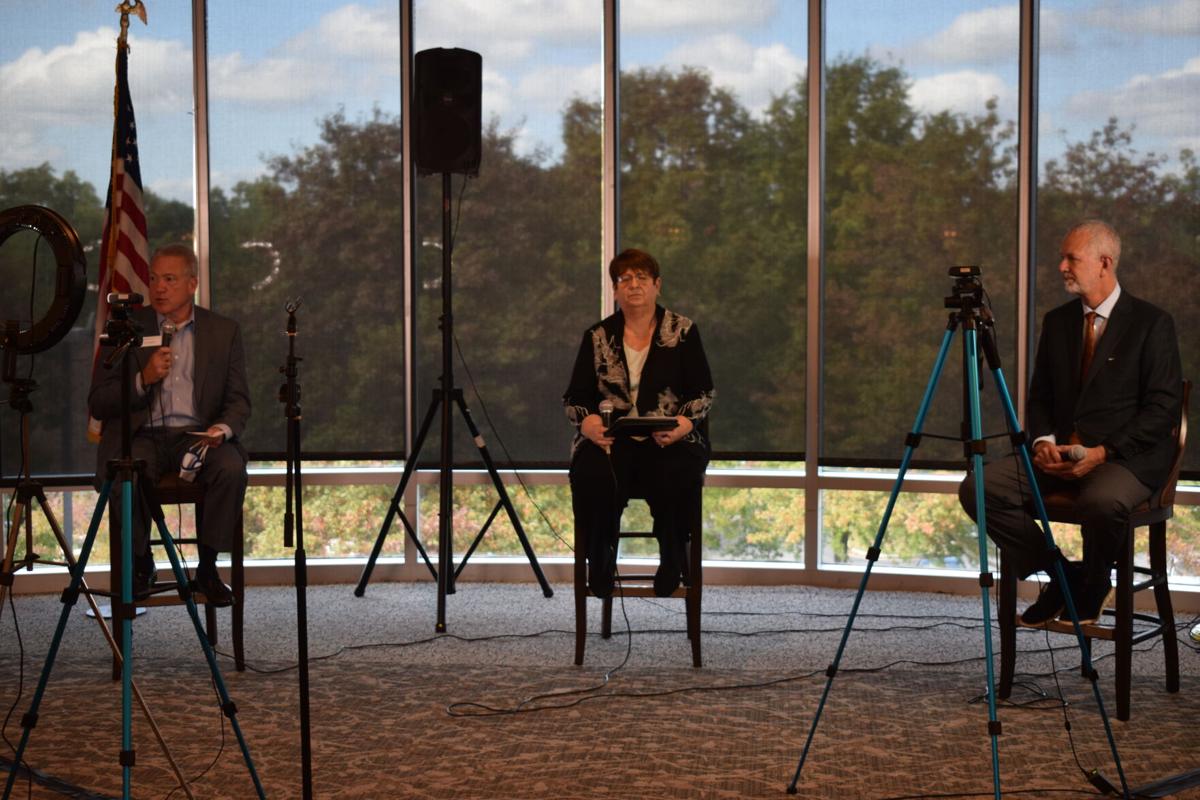 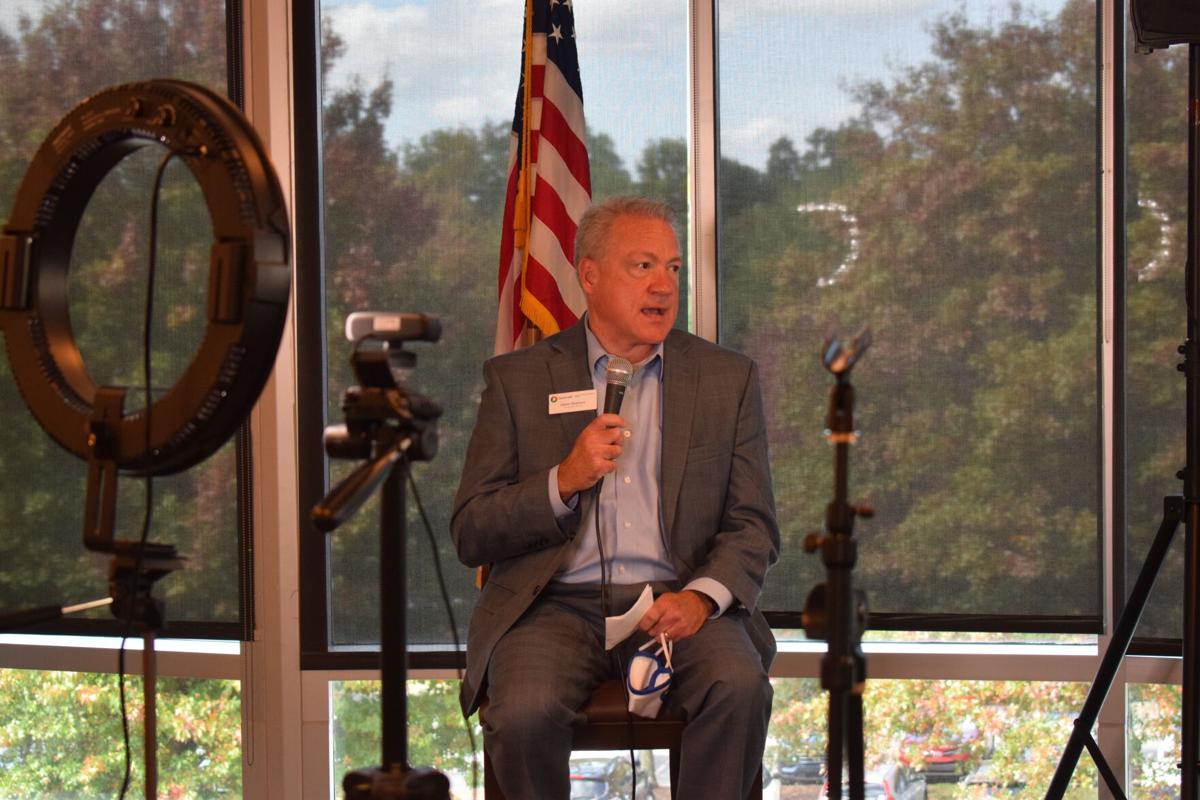 Gwinnett County Administrator Glenn Stephens discusses the Rowen development during a presentation to the Gwinnett Chamber on Wednesday. 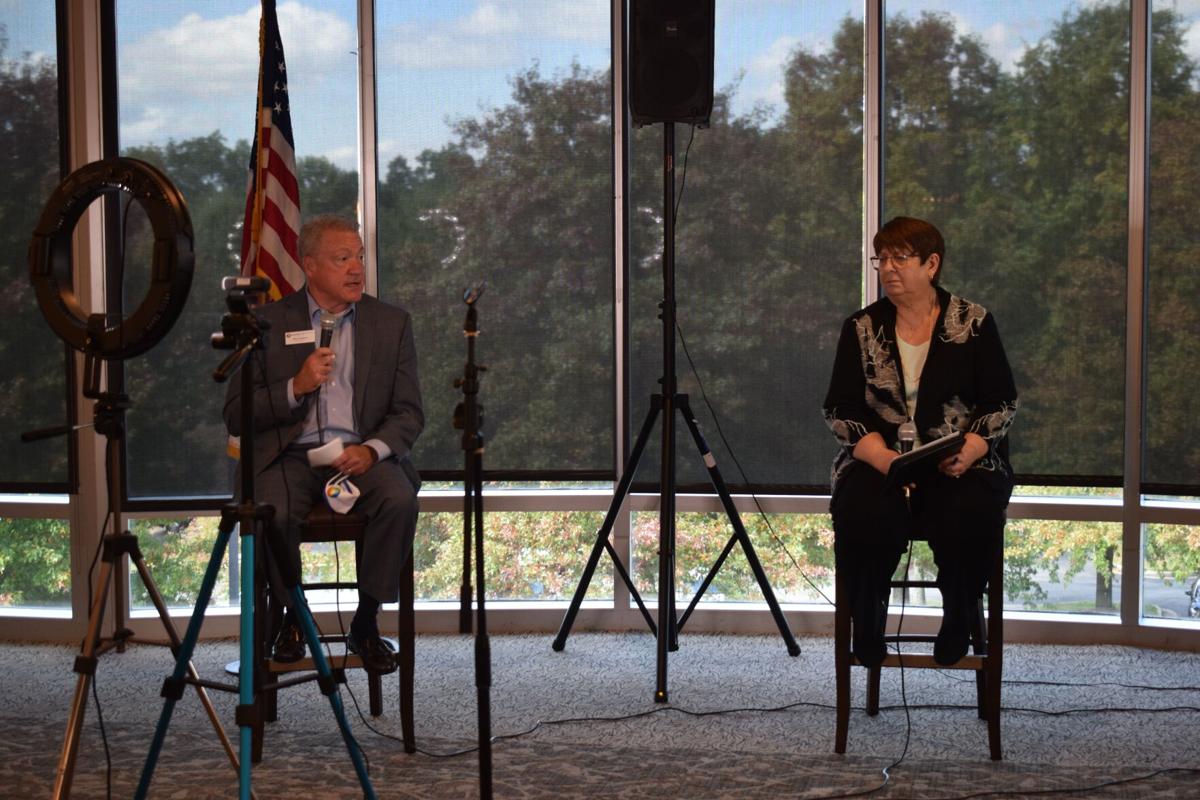 From left, Gwinnett County Administrator Glenn Stephens and county commission Chairwoman Charlotte Nash discuss the Rowen development during a presentation to the Gwinnett Chamber on Wednesday. 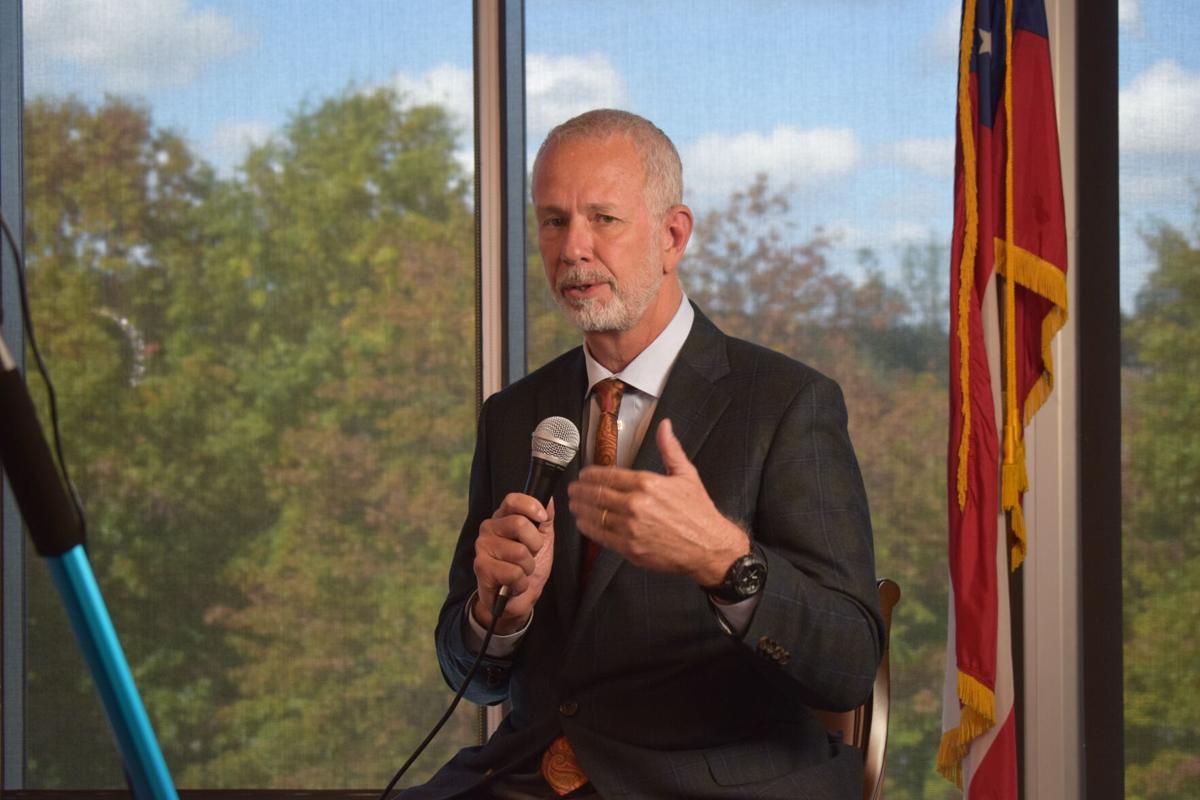 HGOR Founding Principal Bob Hughes discusses the Rowen development during a presentation to the Gwinnett Chamber on Wednesday. 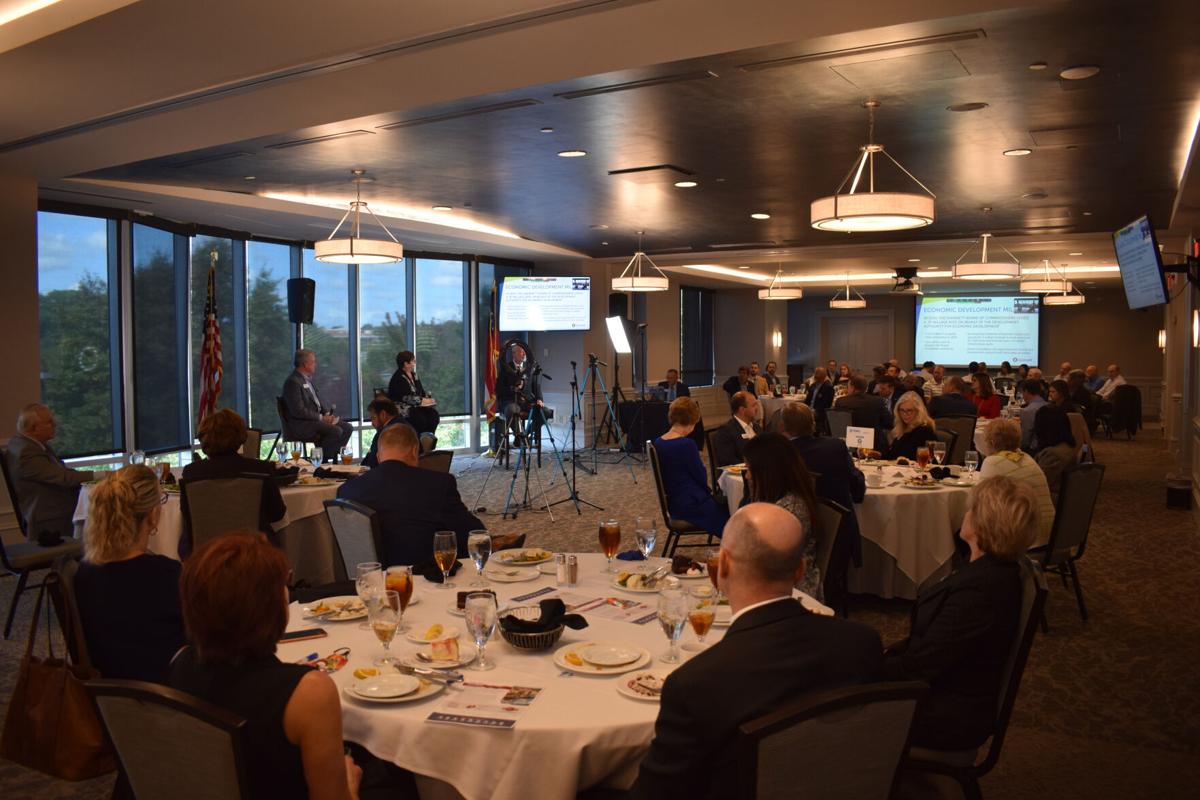 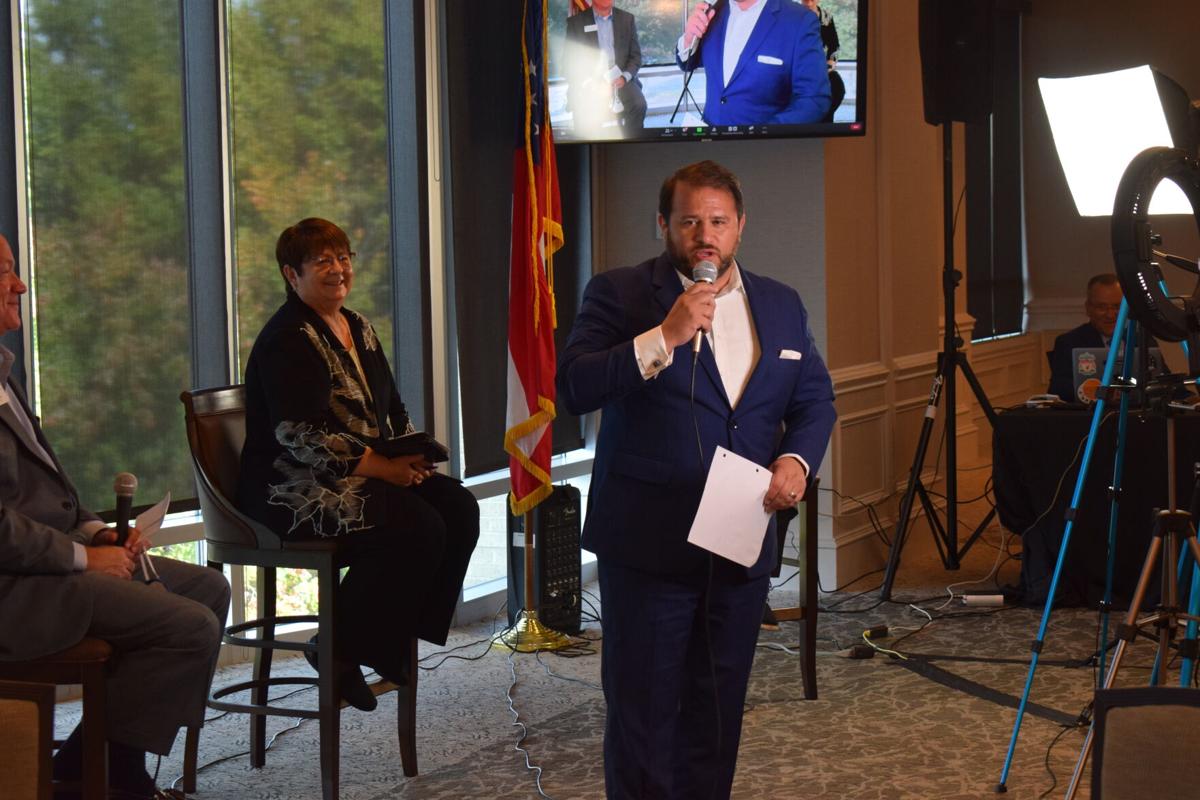 Gwinnett Chamber President Nick Masino addresses chamber members at the end of a presentation to the business group about the Rowen project on Wednesday. 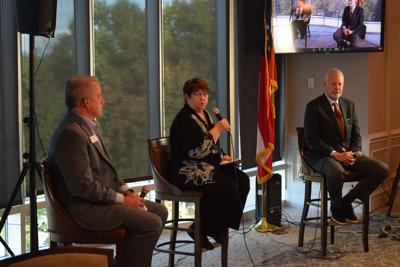 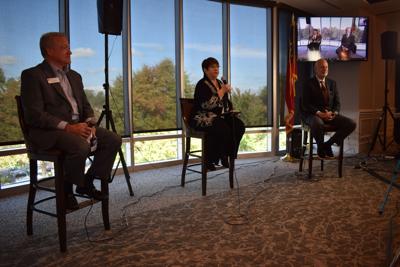 From left, Gwinnett County commission Chairwoman Charlotte Nash discusses the Rowen development during a presentation to the Gwinnett Chamber on Wednesday.

Gwinnett County Administrator Glenn Stephens discusses the Rowen development during a presentation to the Gwinnett Chamber on Wednesday.

From left, Gwinnett County Administrator Glenn Stephens and county commission Chairwoman Charlotte Nash discuss the Rowen development during a presentation to the Gwinnett Chamber on Wednesday.

HGOR Founding Principal Bob Hughes discusses the Rowen development during a presentation to the Gwinnett Chamber on Wednesday.

Gwinnett Chamber President Nick Masino addresses chamber members at the end of a presentation to the business group about the Rowen project on Wednesday.

Gwinnett County leaders are not officially saying the new economic development millage rate that is appearing on property tax bills in the county is only designed to pay for the massive Rowen project, but they are saying it helped spur the tax’s creation.

Gwinnett Commission Chairwoman Charlotte Nash, County Administrator Glenn Stephens and HGOR Founding Principal Bob Hughes, a consultant on the Rowen project, discussed the development this past week during a presentation to the Gwinnett Chamber. Much of the presentation focused on aspects of the project that county officials have discussed publicly, but they did address the new tax at one point.

“What’s in place now is not dedicated to any specific project but the 0.3 mills that was put in place is based on what’s necessary for Rowen, for the immediate future,” Nash said after the presentation. “Then, future boards will have decisions to make about whether they keep it in place once Rowen no longer needs it, or whether they use it for other type projects.”

Rowen is a massive “knowledge community,” or multi-use research park, development that will be built in eastern Gwinnett at state Route 316 and the Barrow County line with biomedical, agricultural and environmental research facilities, as well as residential, commercial and recreational components. It is being pitched as something on par with areas such as the Research Triangle in the Raleigh-Durham area of North Carolina.

Officials from the county and the Rowen Foundation expect it will generate an estimated 18,500 jobs in the next 15 years and eventually as many as 100,000 jobs in the long-term.

The development includes nearly 2,000 acres of land between Dacula and the county line, and it is expected to generate as many as 100,000 new jobs in that part of the county once it is more fully built out — something that isn’t expected to happen until decades from now.

Nash said the county expects the economic development millage rate will be needed for at least 10 years to help pay off the up to $72 million in bonds being used to fund land acquisition and the start-up of the project.

Rowen project hailed as 'a new chapter' for Gwinnett, Georgia

It's that kind of vein of past developments, such as the Western Electric Plant or Technology Park, that Gwinnett County Commission Chairwoman Charlotte Nash sees the Rowen research park project fitting into: a transformative project that will have an impact on the county that will be felt for decades.

The bonds themselves are 20-year bonds, but the commission chairman said they could be paid off faster “if the project takes off quickly and land sales move rapidly.”

Stephens told the chamber the economic development millage rate showed up on property tax bills this year for the first time. The tax is expected to generate $10.3 million in property tax revenue this year alone.

“The board (of commissioners), to get this project rolling, established an economic development millage rate that we’re allowed to do, under state law, up to 1 mill,” Stephens said. “It’s a small tax that will be on all of our — if you’re a Gwinnettian, it will be on your bill. It’s already on your bill ...

“The resources we get from that tax are plowed back into economic development projects, and in particular now the Rowen project.”

Rowen is expected to benefit from being located between several local colleges and research universities, including: the University of Georgia; Georgia Institute of Technology; Georgia State University; Emory University; Georgia Gwinnett College; and Gwinnett Technical College.

“When somebody said it would be the only state mega site inside the five-county metro area ... I was like, ‘Wait a minute, that is a game changer in and of itself,’” Hughes said. “And the second thing is we realized there’s a $405 billion a year economy and we’re sitting in the middle of it, and you look at all of the institutions around that.”

Hughes said the addition of Mason Ailstock and Bob Geolas, who worked at Research Triangle Park, to the team creating Rowen helped as well.

“They brought that depth of knowledge to this,” Hughes said. “That’s when we really began to realize we had something bigger, way bigger, than any of us had imagined.”

Rowen is not the only economic development project the county is involved in, however. The county is also working on redeveloping the former Olympic Tennis Center site in south Gwinnett and the majority of the OFS site off Interstate 85 at Jimmy Carter Boulevard.

“We started a ways back with this board being willing to take on redevelopment projects and securing control of land at key economic development centers,” Stephens said.

Although the millage rate will generate funds to help pay off the initial debt on the project, the development will actually be put in the hands of the non-profit Rowen Foundation, something Stephens said is an industry best practice for projects such as this.

“If you’re going to do something this large, with this much potential impact, and have it actually be successful, one thing it can’t be is owned by the government and controlled by political bodies,” Stephens said.

But, while the project is complicated, Nash said said Rowen will be good for Gwinnett County. The county, which already has close to one million residents, is expected to add about half a million more residents to its population over the next few decades.

The chairwoman said Rowen and other economic development projects that the county is working on can help address future employment needs.

“This is an exciting project,” she said. “We are looking forward to what it’s going to do. It’s only one of the things, though, that we’ve been working on to bend that trend — that’s the phase I use. We recognize we need jobs for all of those people who are headed to Gwinnett. We want them to be good jobs, but they need to be jobs of all different levels.”

IN CASE YOU MISSED IT: Top Gwinnett County stories from Oct. 19-25

Gwinnett County Public Schools has whittled down the list of candidates for the district-wide Teacher of The Year honor to 25 educators.