You are the owner of this article.
Edit Article Add New Article
You have permission to edit this article.
Edit
Home
News
Sports
Entertainment
Opinion
Obituaries
Community
Multimedia
Podcasts
Marketplace
Help
BusinessCitiesCrimeEducationHealthNationalPolitics
1 of 7 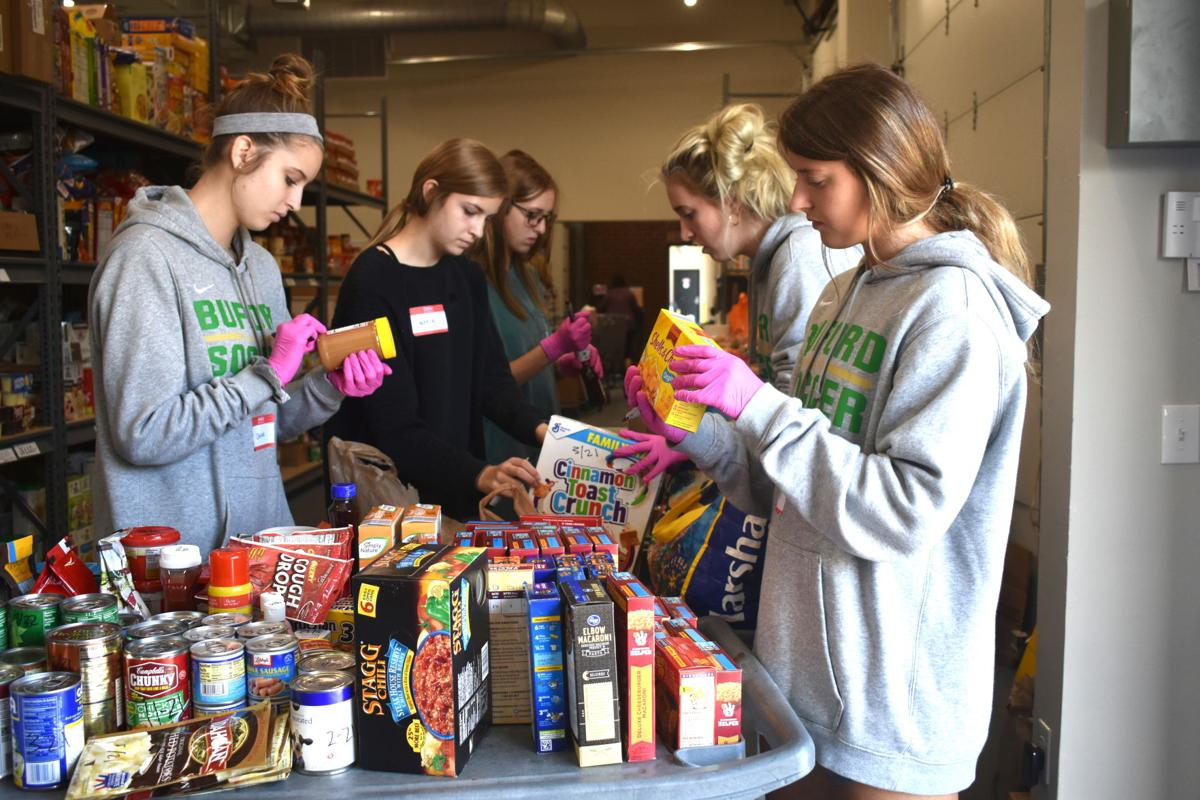 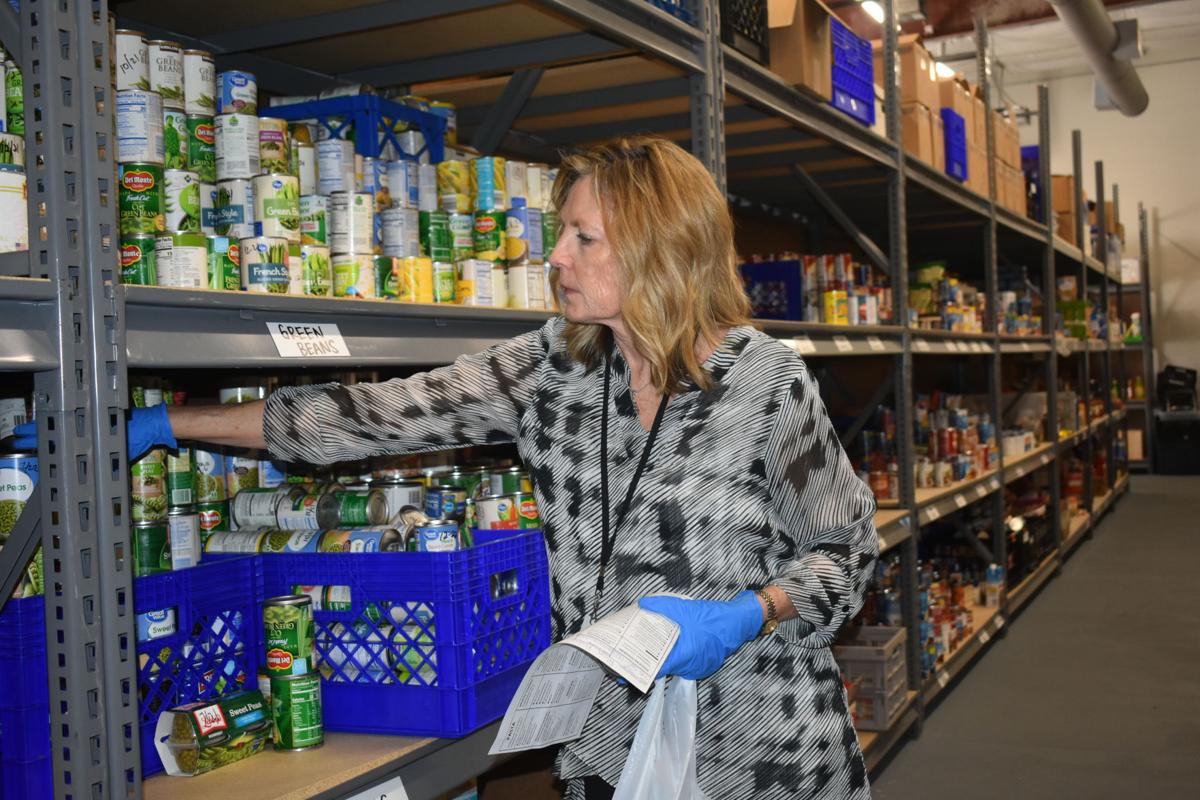 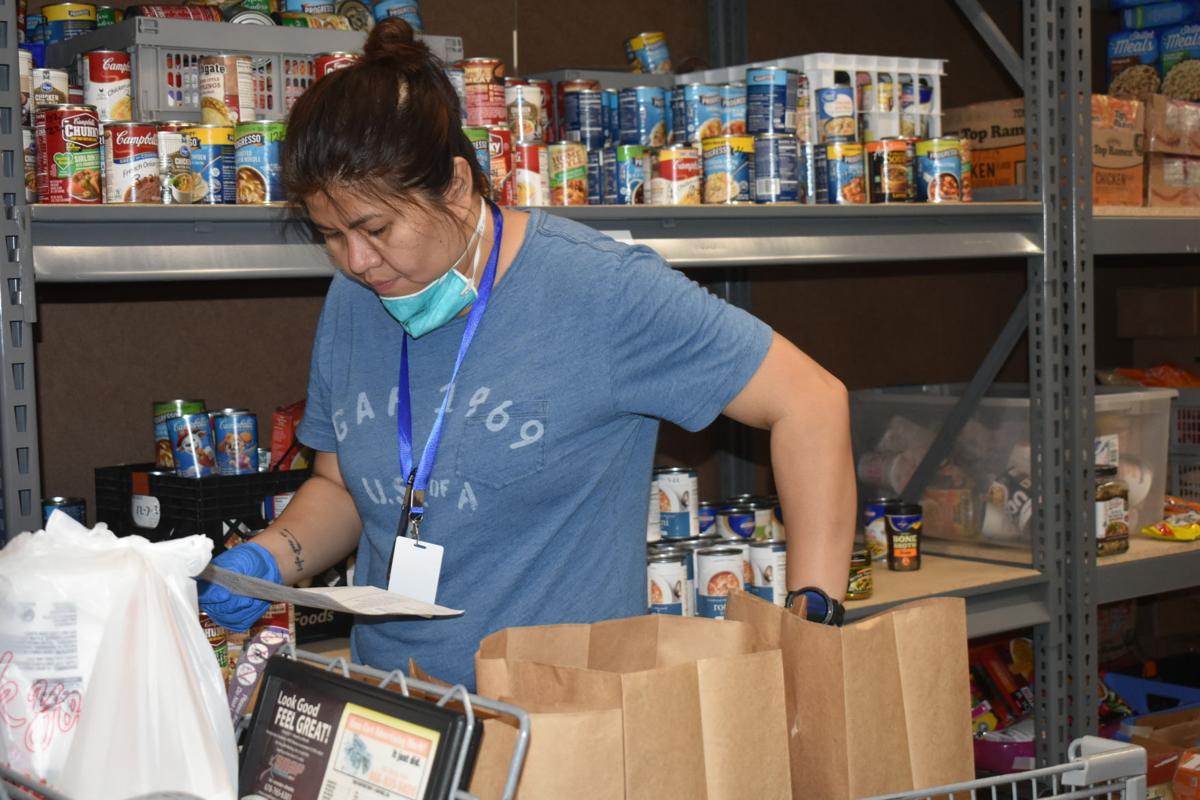 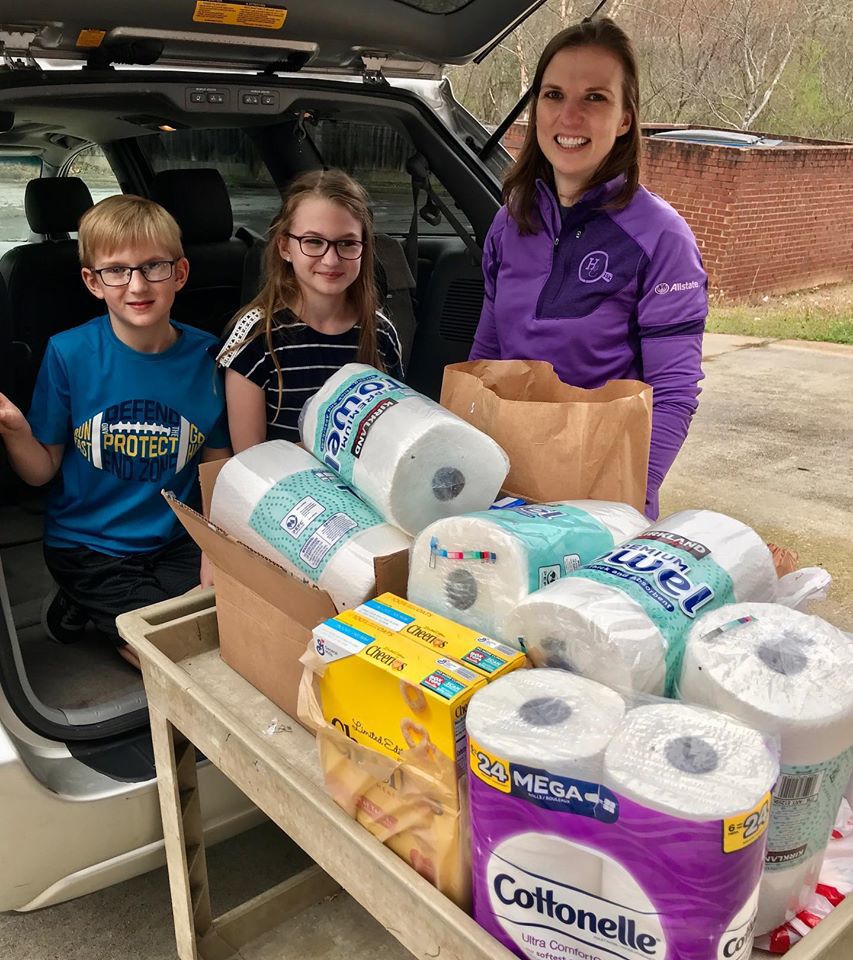 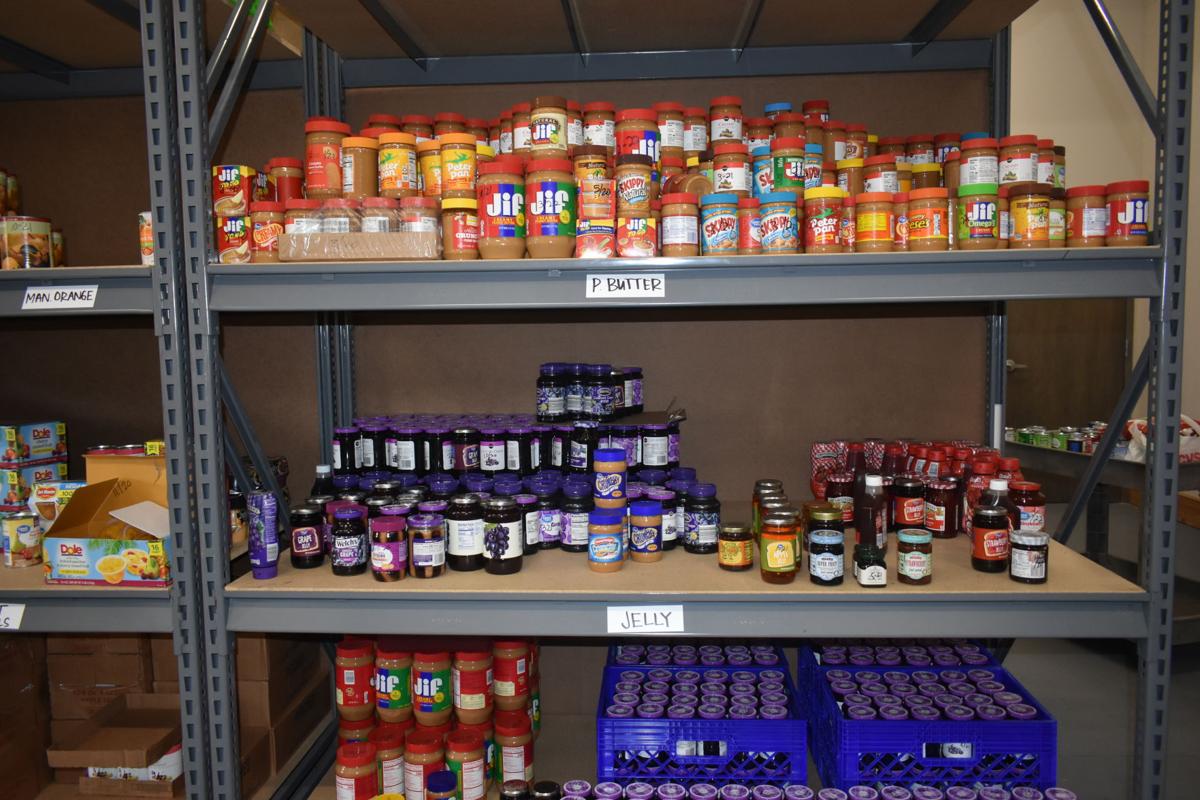 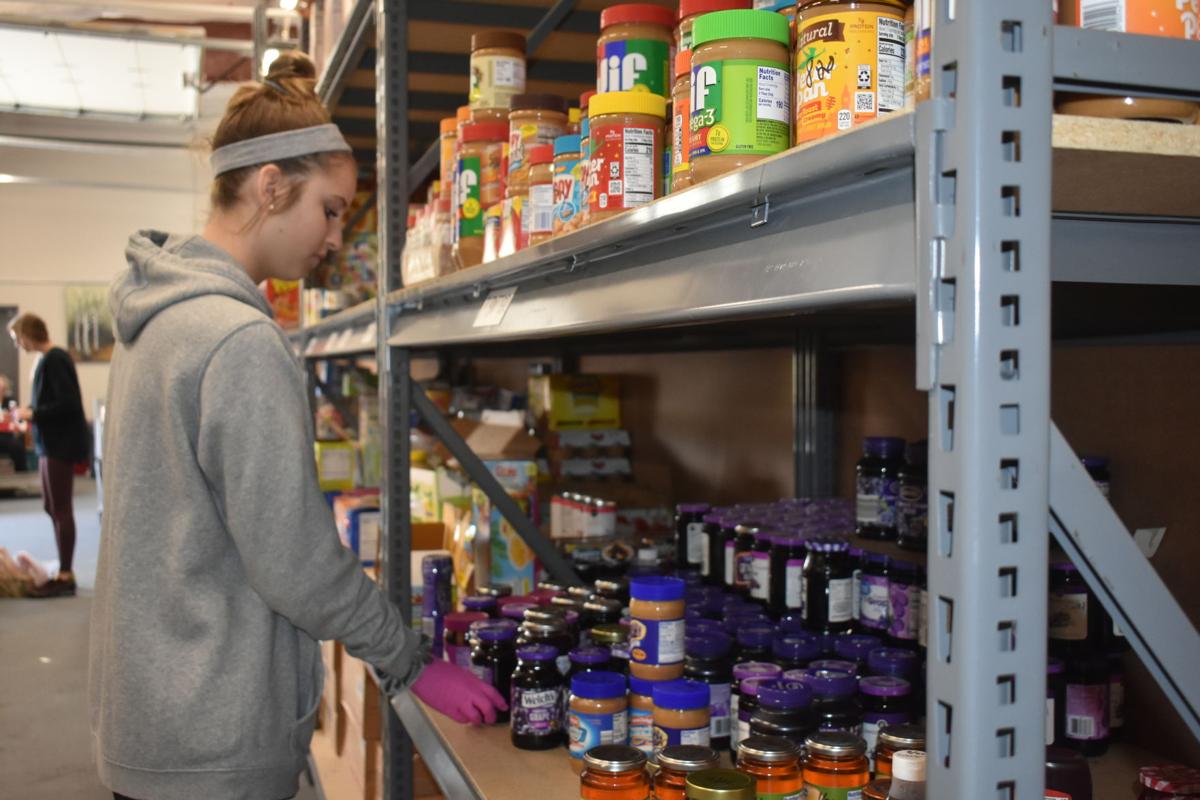 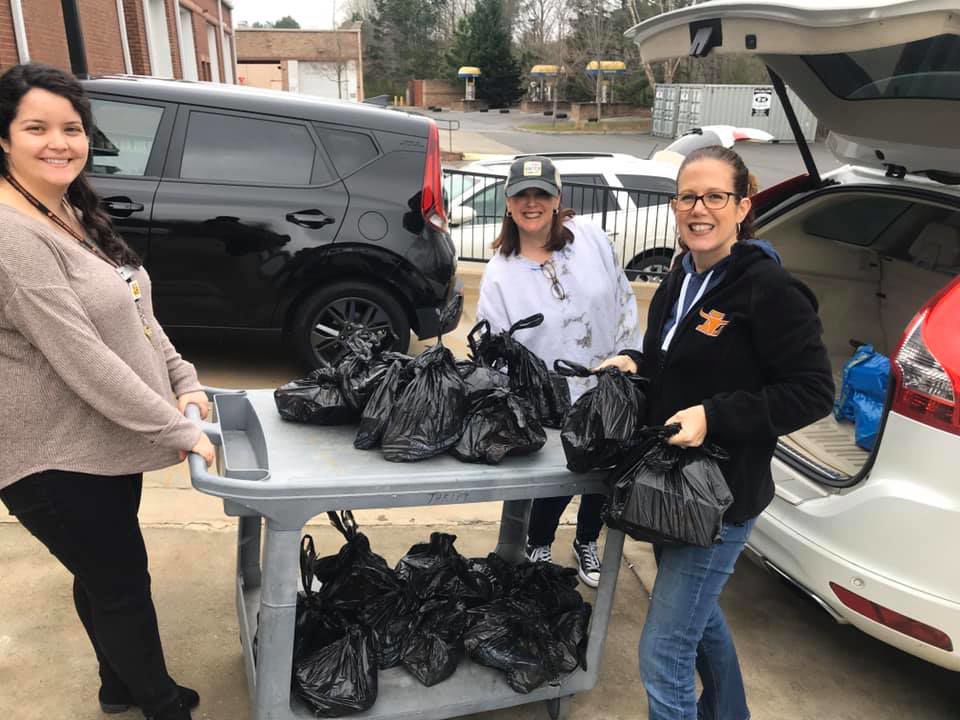 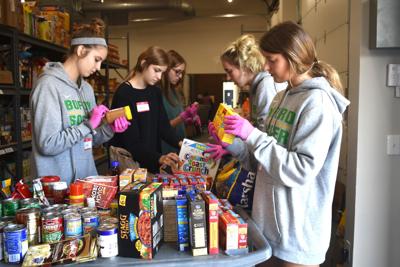 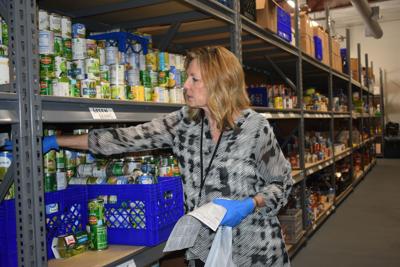 It’s definitely a different world these days for local co-ops, as they try to fulfill a need that has only increased with the onset of the coronavirus pandemic.

But with a positive attitude, great help from the community and some wheeling and dealing, directors like Laura Drake with the Southeast Gwinnett Co-op are making things work for the people who need their help.

“We’ve been on loaves and fishes,” Drake said with a laugh, alluding to the daily miracle of trying to keep everyone fed. “The other day I traded chicken soup for tomato products with Lawrenceville. We’ve literally just had enough each day to get by and get ready for the next day.”

The Southeast Gwinnett Co-op is located in Grayson, but Drake said she and the other co-op directors are in touch daily, sometimes hourly, and share pretty much the same story as they work to fulfill their mission under adverse conditions.

Because of protocols associated with COVID-19, the co-ops are running with skeleton staffs (just a few key volunteers) as their physical spaces are no longer open to public access. And because the co-ops now cater to drive-through traffic, donations are being made off site (check their web sites for information on how/where to donate).

But somehow it’s still working, and Drake and her fellow co-op directors thank the people who continue to help and donate for that.

“The public has been super great to help us,” Drake said. “I call (my volunteers) my little scavenger hunters because they go out looking for whatever we need. It’s really been piece meal this week. But thank goodness we live in such a great community.”

Last week, Executive Director Shirley Cabe said the Norcross Cooperative Ministry had enough in the food pantry to last about six weeks, but that’s if they only give out a week’s worth of food.

“We’re sort of at a crossroads right now because we want to stay open to serve people in the community who typically struggle during good times, but on the other hand we want to keep volunteers and staff safe,” she said.

“How do we juggle that and stay open? When do we make the call that maybe we shouldn’t stay open? We want to do the right thing for everyone involved, but it’s hard because this changes day by day.”

As the number of confirmed cases of people with COVID-19, or coronavirus, in Gwinnett County has increased, more stringent rules or recommendations have been put in place to limit the spread.

Cabe said that will exponentially cause people in the community to seek help from co-ops as more businesses shut down or companies cut hours, leaving people unemployed and/or with reduced income.

“These people are on edge already, living paycheck to paycheck,” Cabe said. “Now, they’ll have even more of a hard time worrying about paying rent and utilities. Some of our families are living in extended stays and have concerns about paying for the hotel room, which is a week by week thing.”

The Norcross Co-op serves Norcross, Peachtree Corners, and the Gwinnett County parts of Tucker and Doraville.

Cabe said a typical client is someone who’s elderly, sometimes homebound, or a single parent. That’s why they would like to provide clients two weeks worth of food and supplies, but that depends on how long they can stay open and how many donations they receive.

“We’re seeing record numbers,” Phillips said. “We even started doing operations on Saturdays, which we don’t normally do. We’re fortunate that we have a stockpile of some staples, but we’re on the same boat as everyone else.

“We can’t find toilet paper. That’s something that’s not covered by food stamps, so it comes straight out of our clients’ pockets. And with the 70 families we served on (March 16), that wiped out our chicken and hamburger meat. We don’t have any to give out at this point.”

The plan, for now, is to give out as much as they can for as long as they can and to take things one day at a time, Phillips said. Drake added that the co-ops are going to have to get creative to solve scarcity problems.

“Our entire operation has literally changed in two days,” Drake said. “We like to be very prepared. We’re having conference calls with the Gwinnett Coalition every two days to look at the larger landscape. We’re going to have to adjust. At the end of the day, we love to work with people. This is what we do. This is how we roll.”

So far, the three co-ops said they are maintaining regular operation hours, but are limiting their number of volunteers, many of which are elderly, and access to their buildings. Instead, they are having people drive up to the building to pick up food or leaving food at people’s doorstep.

Other items that are in need are: personal care items; chicken and hamburger meat; canned vegetables (except for green beans); canned fruit; breakfast items like cereal, oatmeal and grits; dry pasta; peanut butter and jelly; toilet paper; paper towels; soap; diapers, both for babies and adults; and items that can’t be bought with food stamps.

“People think we serve the poor of the poor, but my average family is working, living paycheck to paycheck, and most of us aren’t ready for this type of situation,” Phillips said. “It scares families. We want to remove the fear many parents are facing of feeding their children, so they can focus on other things.”

Gwinnett County commission Chairwoman Charlotte Nash signed an order makes changes to trash collection operations in unincorporated parts of the county amid the ongoing outbreak of the coronavirus disease known as COVID-19.

Trump says every American can get a coronavirus vaccine by April, but health experts say that's not likely

Rays OF Meadows lands on IL with oblique strain