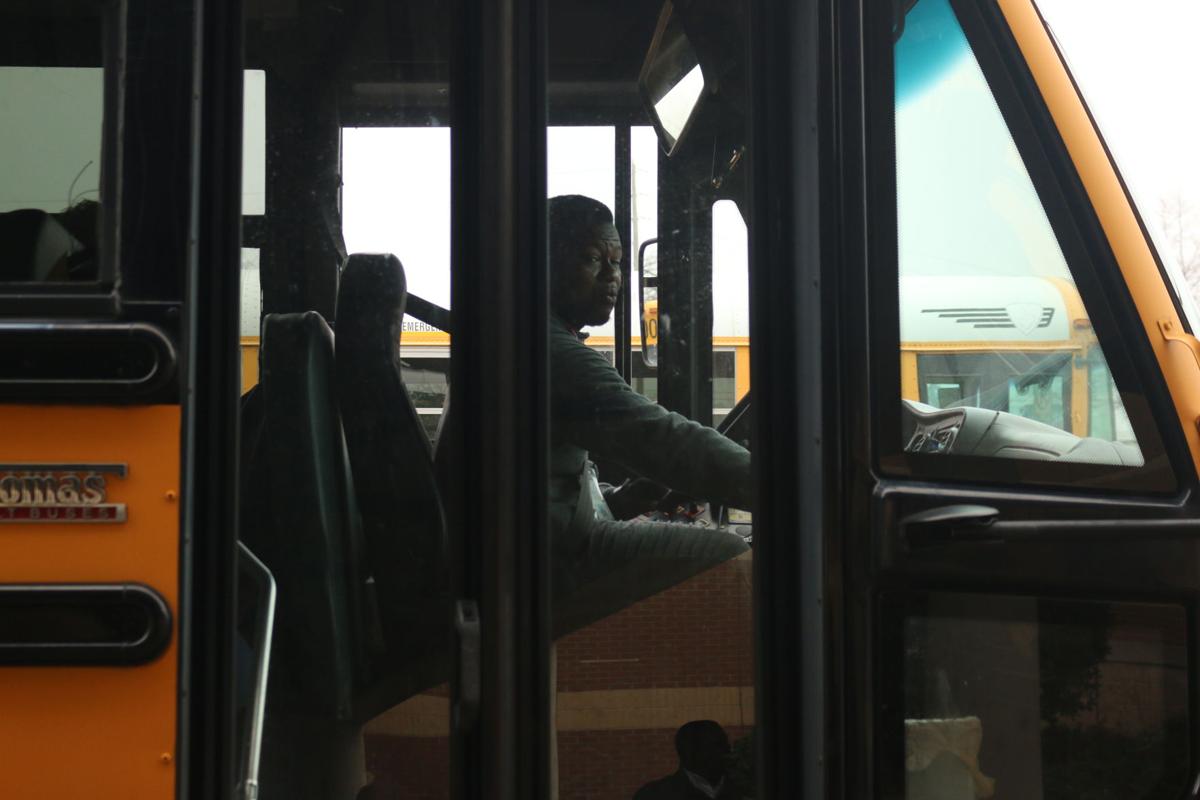 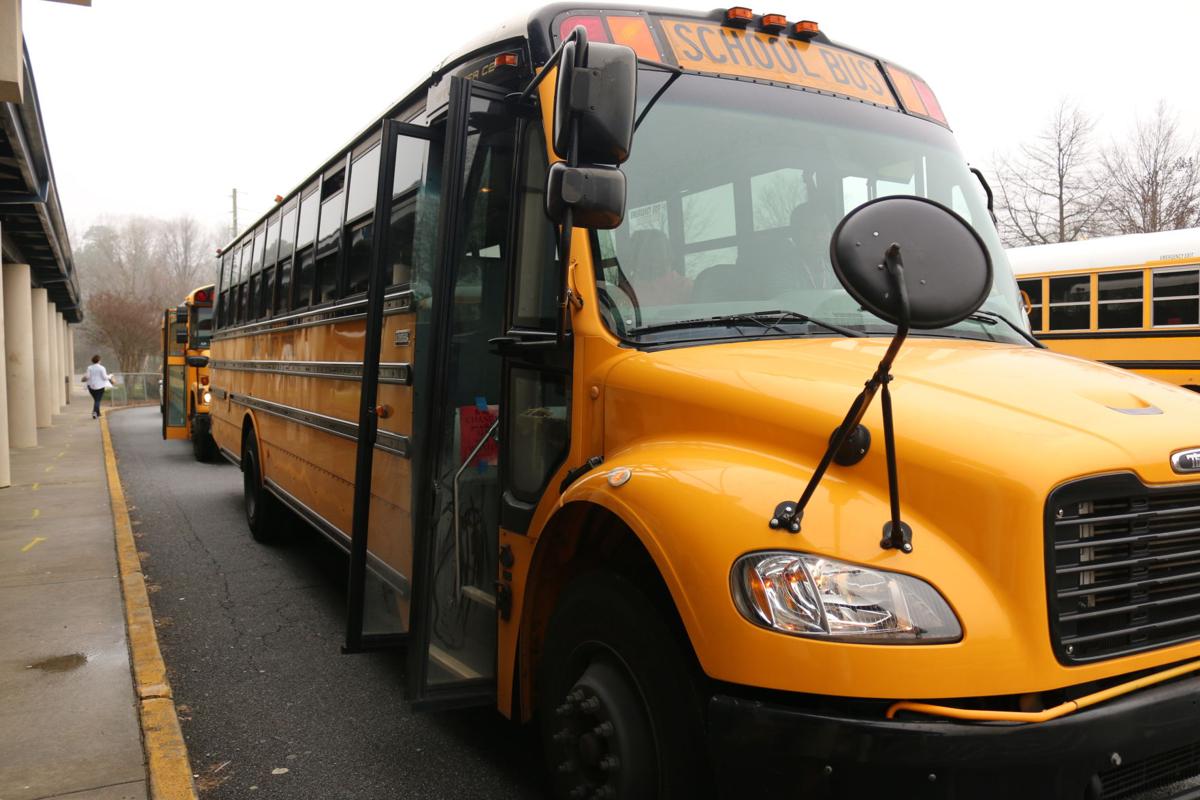 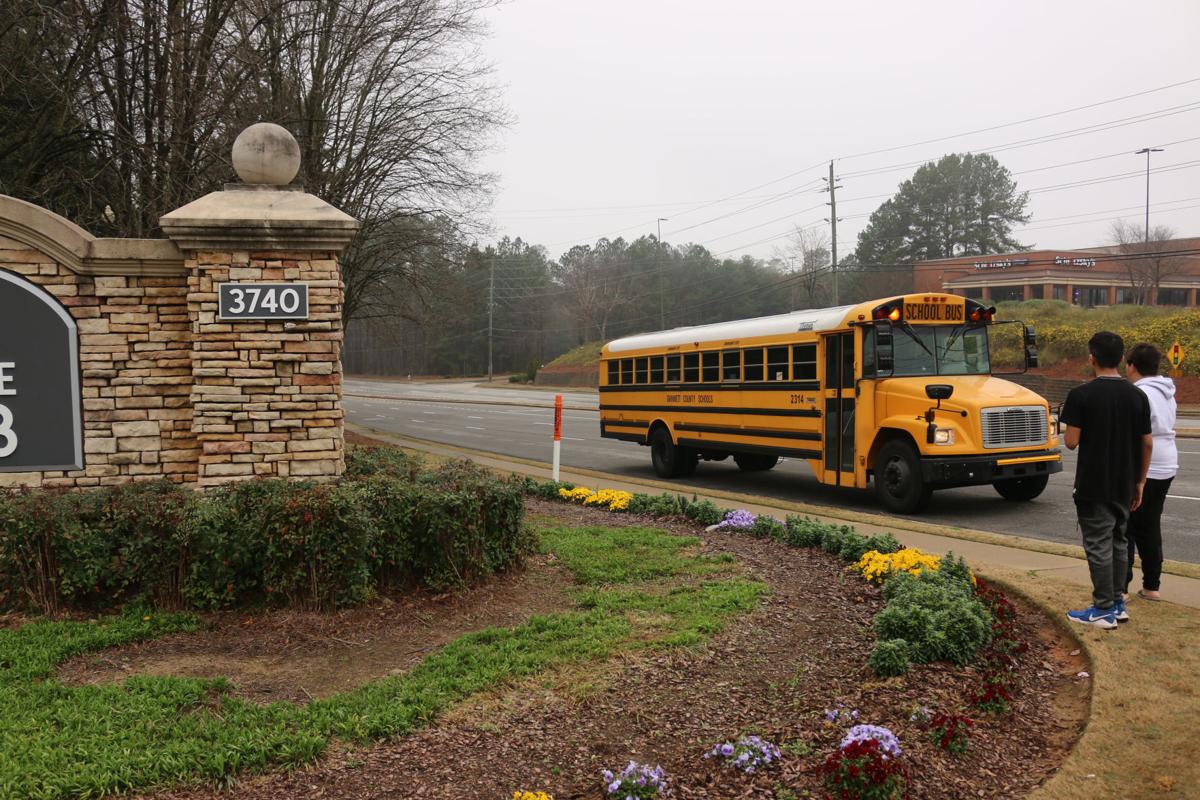 A bus pulls up to a stop to deliver meals to students in the Berkmar cluster. 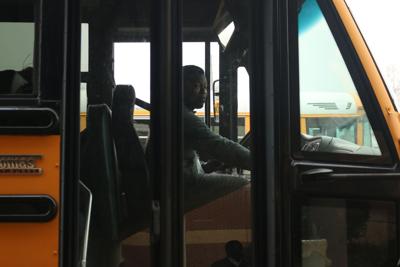 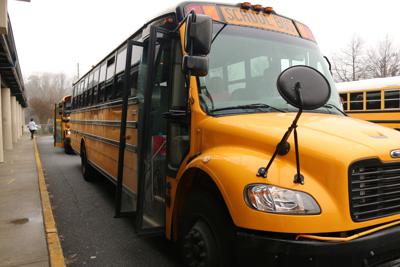 A bus pulls up to a stop to deliver meals to students in the Berkmar cluster.

The coronavirus known as COVID-19 prompted the Gwinnett County Public Schools to instruct teachers and students to stay home beginning March 16, but GCPS cafeteria staff and transportation staff at its 68 school sites keep providing necessary free lunches that some Gwinnett kids and their families rely on.

GCPS isn’t the only district in the state, or even the county, delivering meals, but it’s doing it on the largest scale. The district delivered or served more than 137,000 meals during the first week of Digital Learning Days.

Public health officials are emphasizing social distancing is the best way to prevent the spread of the disease, but the school bus drivers and monitors on the district’s nearly 500 school bus routes are a few members of the workforce that are out and interacting with people regularly as they pass lunches to students.

Two drivers in the Berkmar cluster said they hope the meal deliveries are sustainable as long as schools are closed. GCPS driver Mohammed Zakania and his monitor Nicole Foster said they are abiding by public health guidelines as strictly as possible. At the same time, they realize the importance of these meals to local kids and the need for consistency during pandemic prevention efforts.

“You can see that the parents are very much appreciative,” Foster said. “Seeing the kids’ faces, they were really excited.”

The district will pause meal deliveries during the regular spring break from March 20 to April 3, but GCPS announced student meals will once again be available for pick up or delivery at school bus stops on April 6. Plans for the week of April 13 will be communicated soon after spring break ends.

Federal assistance has, in part, helped extend alternate meal service flexibility while schools have been closed to students. The Georgia Department of Education was notified by the U.S. Department of Agriculture on March 12 that two waivers were approved that would allow schools to serve students’ meals through USDA-approved meal service options, at state-approved sites within the community. GCPS operates a similar program called Seamless Summer in its Title I districts where food insecurity is more prevalent.

With schools now closed through April 24, GCPS has been hesitant to announce plans further than a week in advance. GCPS Chief Financial Officer Joe Heffron explained to members of the Gwinnett County Board of Education on March 19 the district is reaching out to its food vendors to gauge viable options weeks ahead.

For the week that schools are out, GCPS is turning to local cooperative ministries to pick up where it leaves off on Friday. Randy Redner, President and CEO of The Community Foundation of Northeast Georgia, has helped lead a committee of local nonprofits and co-ops to funnel community volunteers through a site called GwinnettCares.org. The school district has been part of bi-weekly tele-meetings between organizations as it makes week-by-week decisions.

Redner said Tuesday that more than $300,000 in funds was being divvied out to Gwinnett food banks — which have converted to drive-thru protocols — this week to prepare for the spring break traffic.

“Food banks are going to get hit really hard (next) week,” Redner said.

The meal delivery initiative was born out of a somewhat unlikely collaboration between nutrition and transportation departments. Chief Operating Officer Walt Martin said he rode a bus during the first week of deliveries and found drivers he spoke to have been eager to help.

“It allows our drivers to be supporting even beyond what they normally do on a day-to-day basis,” Martin said.

Above all, Zakania and Foster preached patience to other drivers behind them on their routes. The bus can be stopped for long periods of time on some busy roadways when delivering meals depending on how many the monitors are dropping off or how far students walk from their apartments to the street.

“The civilians are honking at us, but we’re serving the children, so just be patient with us,” Foster said.

Public schools in Georgia are closed for the foreseeable future, but Gwinnett County Public Schools is still hiring bus drivers.