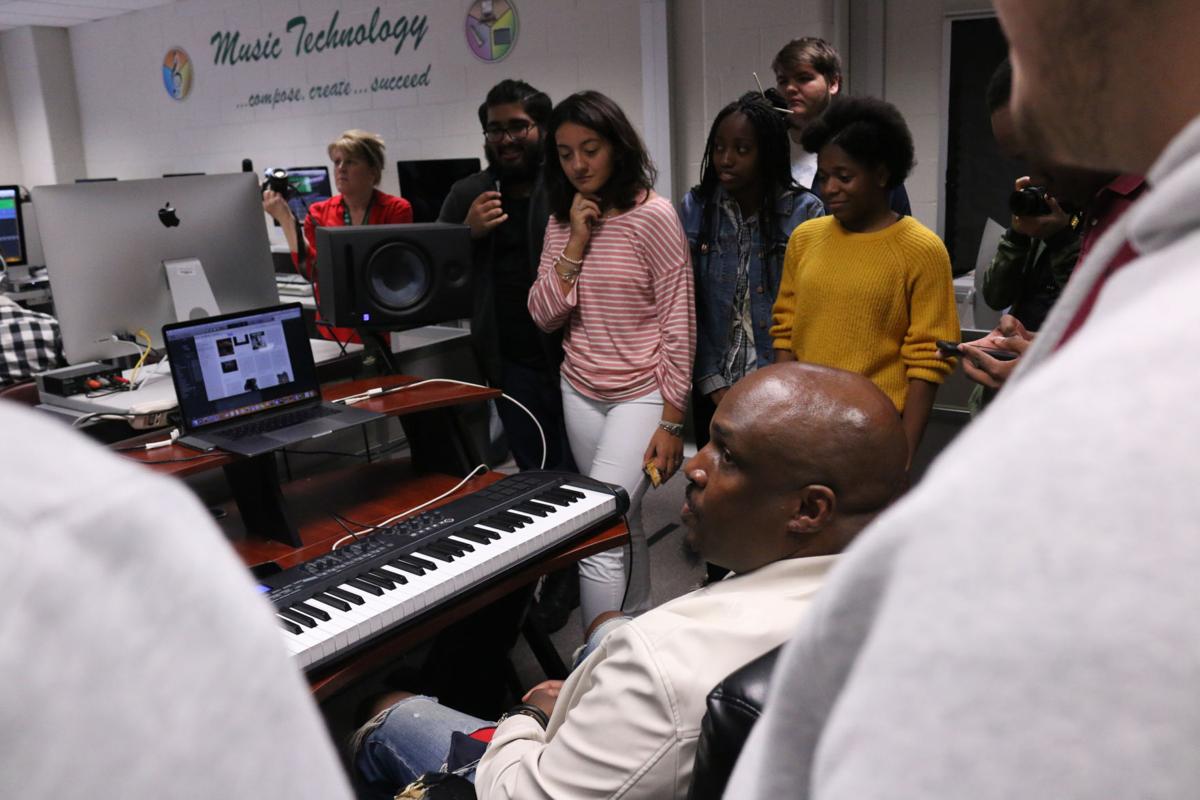 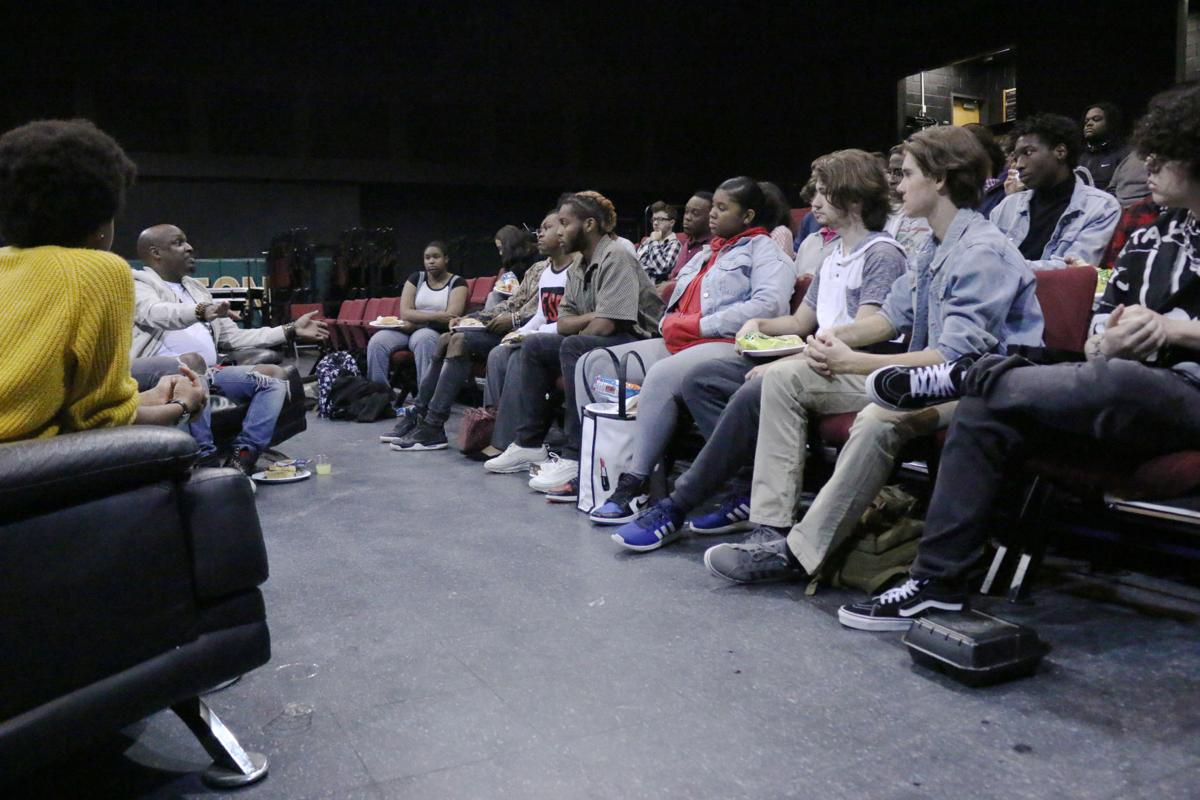 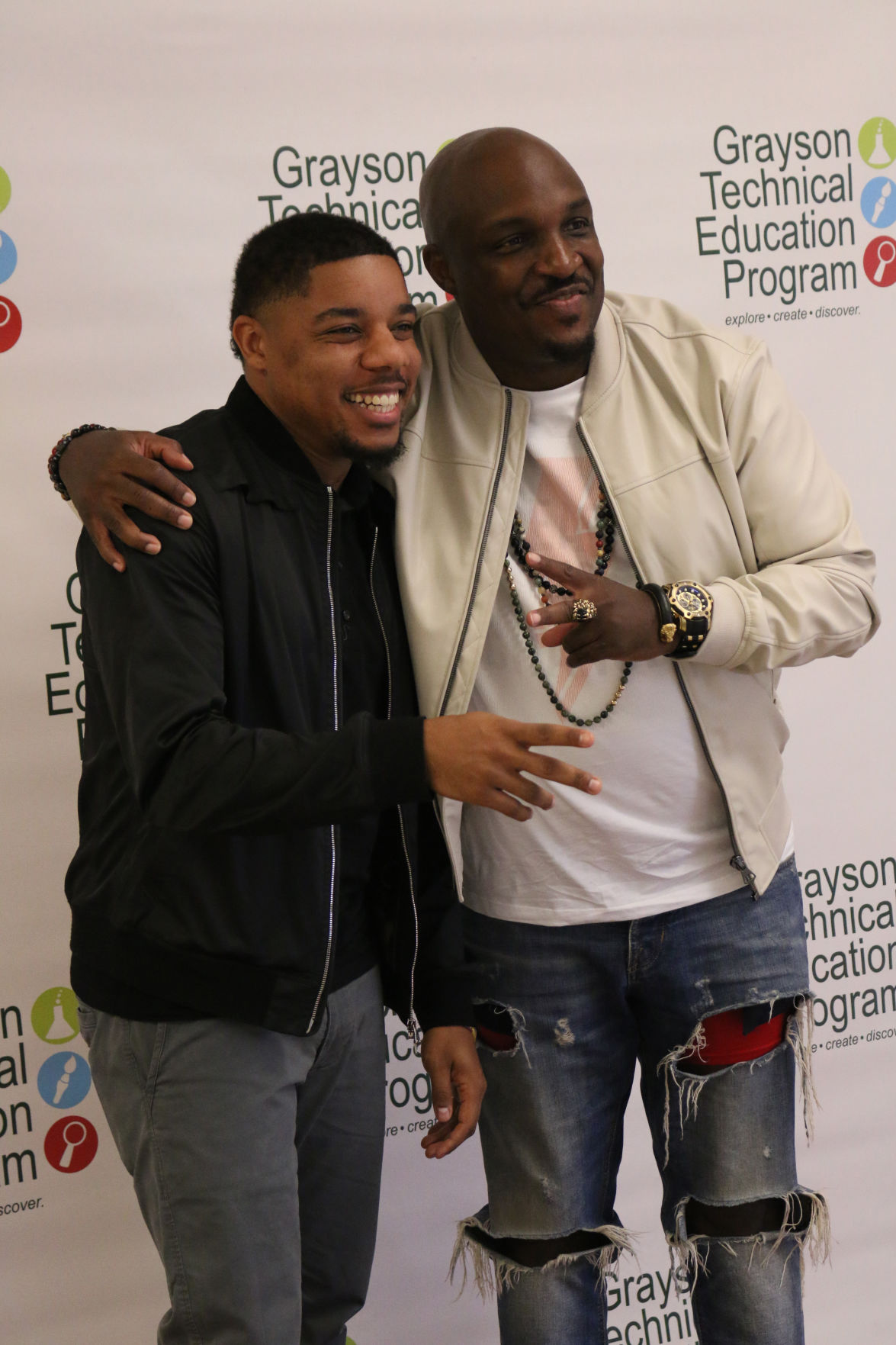 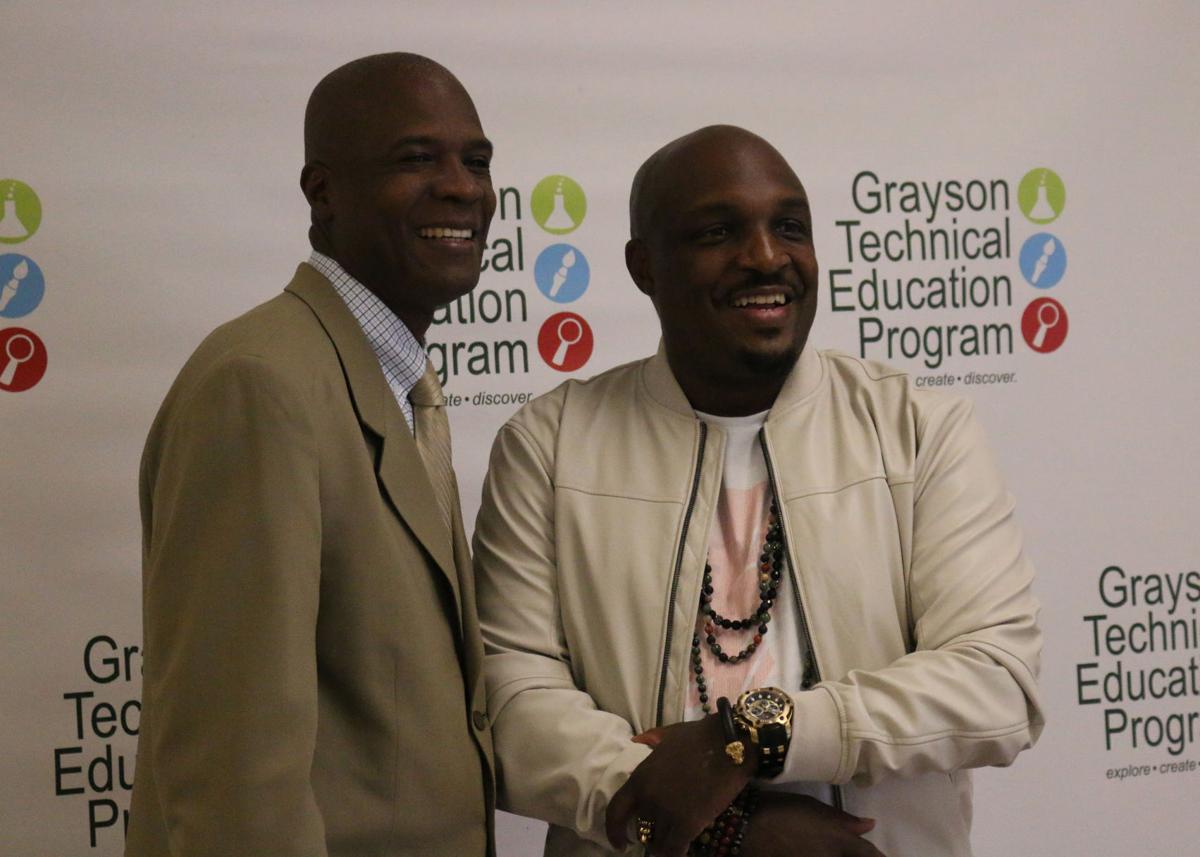 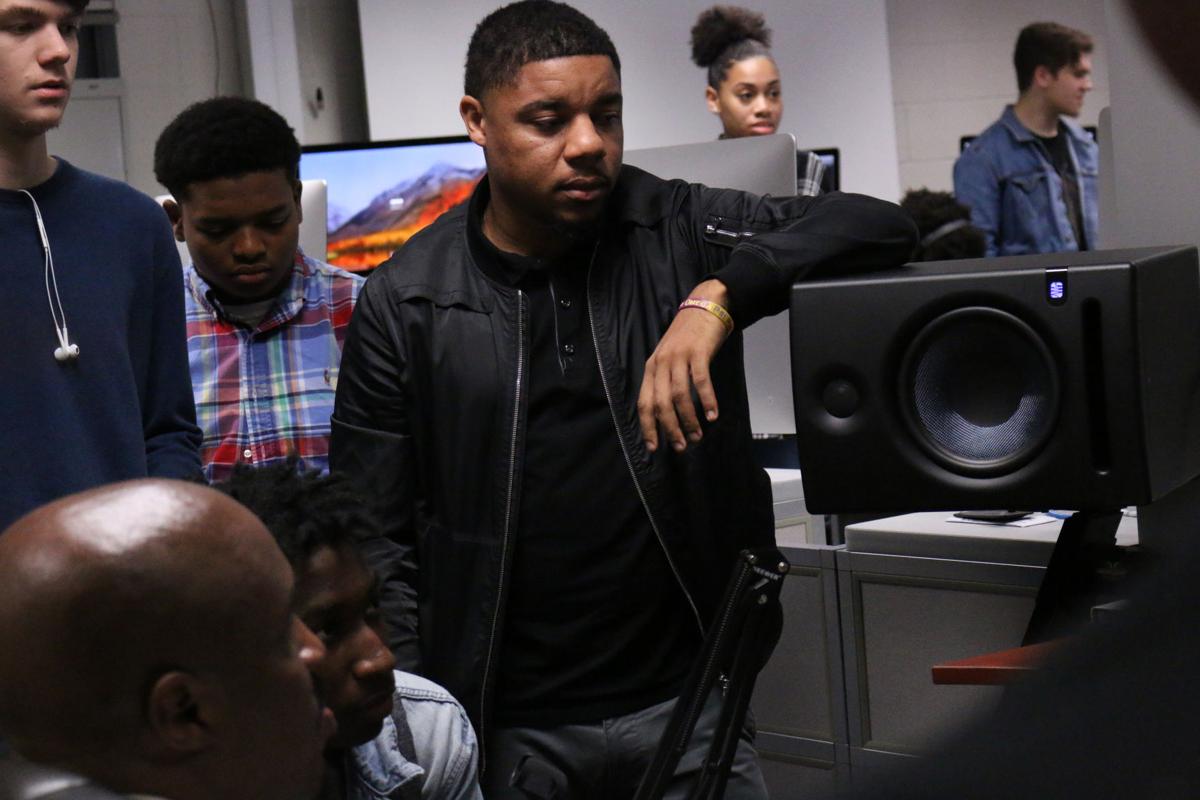 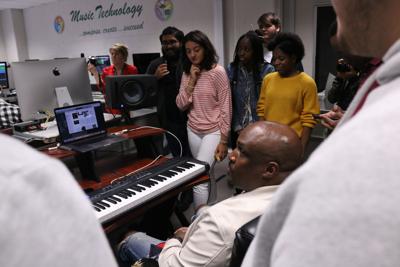 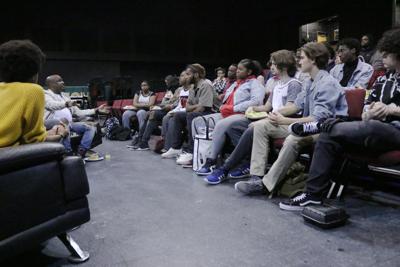 Alex Johnson, a senior and a first-year music technology student in the Grayson Technical Education Program, found herself playing the role of a talk show host on Wednesday as she sat in an armchair in the Grayson Tech theater interviewing music industry pro Damon Thomas.

Thomas is an Academy-Award and Grammy-nominated music producer for his work on movies “Dreamgirls” and “The Help.” Johnson interviewed him and he shared advice to the engaged Grayson Tech students in Andre DeRamus’ class on Wednesday. The talk covered a range of topics from his creative process to musicians he’s worked with to how to network in the music industry.

Later in the afternoon, Thomas sat in on the class and listened to students’ work and provided feedback.

“My main mission, I guess — at the same time of making more records on the second tier of my career — is to give back to kids and give them lessons on things that can help them where I had to learn the hard way,” Thomas said.

Thomas, who now operates a Suwanee studio called Dash Digital, is the latest of several guest speakers DeRamus has ushered in to give students a peek inside the music and entertainment industry. DeRamus, who is affiliated with Warner Records, has brought industry producers, executives and even NBA legend and TV analyst Shaquille O’Neal to Grayson to motivate students.

“I have all of these relationships from working in the industry, so I know it’s a lot cooler when they talk,” DeRamus said.

DeRamus has run Grayson’s music technology program since 2012. He’s helped build the program since then, while he himself tries to navigate the music production industry. He has a contract with Warner Records that almost caused him to leave the school system completely. He is able to balance both by taking some students into a studio with him to work on their projects.

Grayson Tech’s music studio isn’t too shabby, either. The studio has some of the software and equipment required for modern music production, in addition to a soundproofed recording booth.

“Gwinnett County takes care of us,” he said.

Johnson said she wants to pursue a career as a songwriter or a producer. She used to be in the chorus, where she first learned music theory but opted to focus just on music technology. She said the benefit of being a music technology student in Grayson Tech’s program is the ability to network and collaborate with students on projects with larger scope than just music. She’s learned how industries can cross over.

“It not only connects you to people in this classroom but also other students in the tech building,” Johnson said. “I feel like I’m more connected here than if I just do it at home.”

Go for a jog

Do some yard work