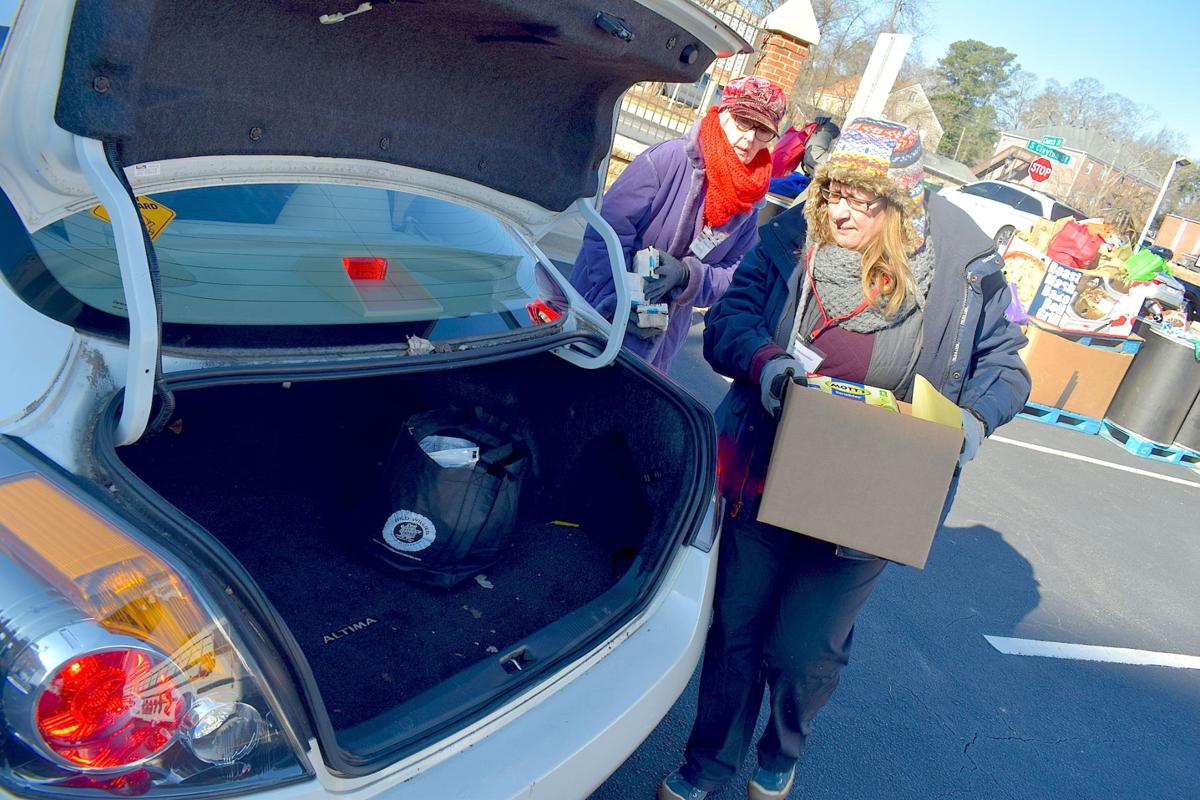 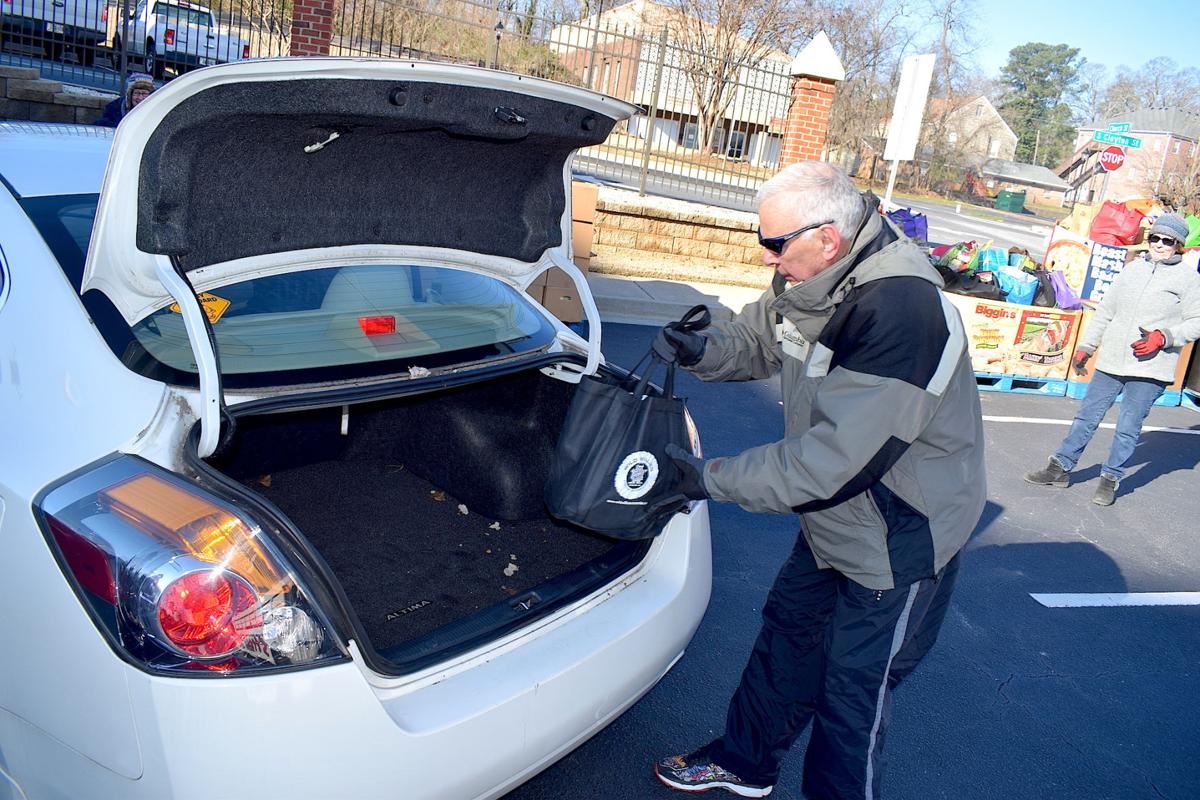 StreetWise Georgia volunteer Lou Semko places a bag of food in a federal government employee’s car during a mobile pantry event the organization held at Lawrenceville City Hall on Saturday to help federal workers who were furloughed during the recent government shutdown. (Staff Photo: Curt Yeomans) 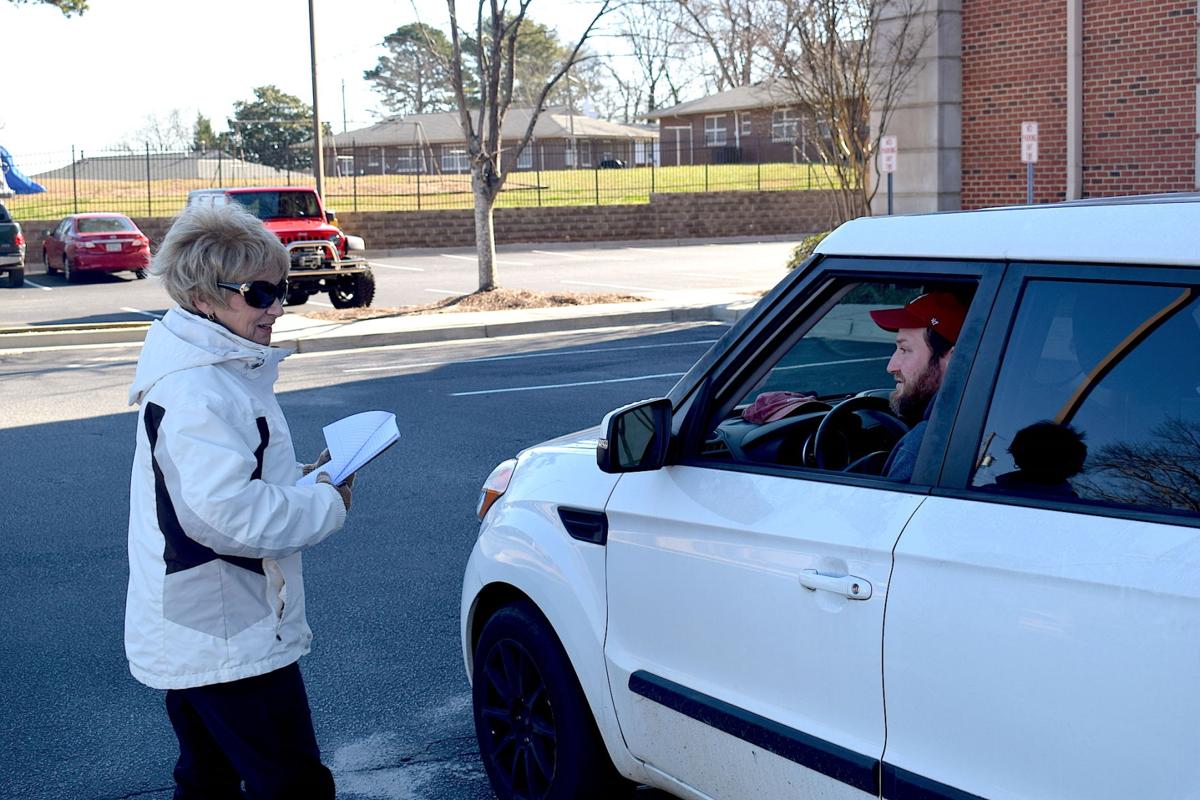 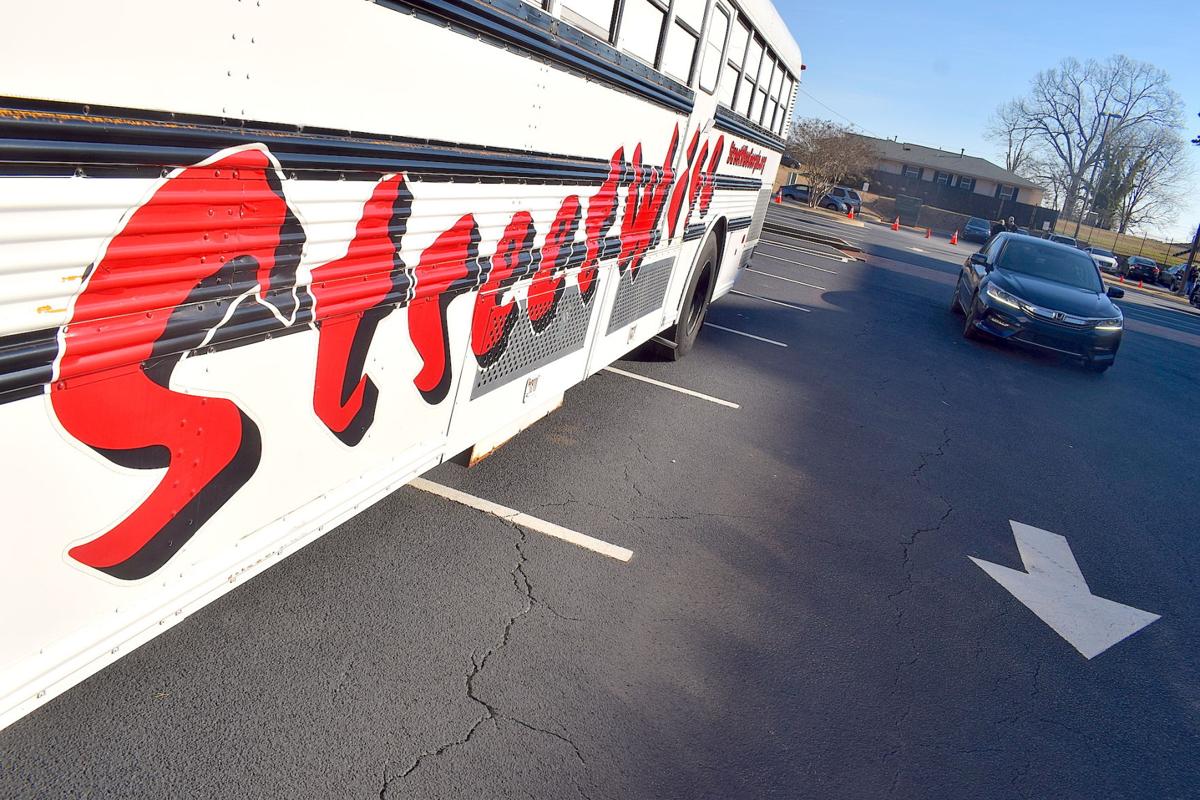 A federal government employee who was furloughed during the recent government shutdown pulls into the parking lot at Lawrenceville City Hall on Saturday to receive items at a mobile pantry event StreetWise Georgia held to help government workers affected by the shutdown. (Staff Photo: Curt Yeomans) 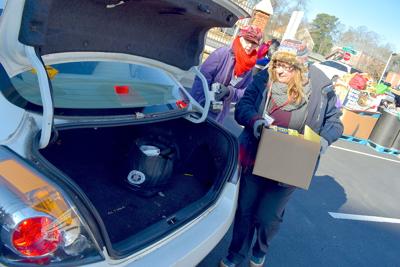 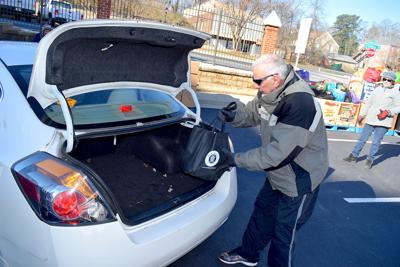 StreetWise Georgia volunteer Lou Semko places a bag of food in a federal government employee’s car during a mobile pantry event the organization held at Lawrenceville City Hall on Saturday to help federal workers who were furloughed during the recent government shutdown. (Staff Photo: Curt Yeomans)

A federal government employee who was furloughed during the recent government shutdown pulls into the parking lot at Lawrenceville City Hall on Saturday to receive items at a mobile pantry event StreetWise Georgia held to help government workers affected by the shutdown. (Staff Photo: Curt Yeomans)

So Slayton, who does information technology work for the government, headed over to Lawrenceville City Hall to pick up supplies that StreetWise Georgia was handing out to help federal employees who had been furloughed for the last month.

“I didn’t want to take from people who may be struggling a lot more than I was, but I checked before I left and I hadn’t gotten anything, so this will be a nice little extra food that we can use to get us through until the paychecks start rolling in,” Slayton said.

A day after President Donald Trump and congressional leaders reached a deal to end the 35-day partial federal government shutdown, federal government employees who went weeks without a paycheck went to Lawrenceville City Hall to receive assistance from StreetWise Georgia.

StreetWise typically holds a mobile pantry for financially disadvantaged residents on the second Saturday of each month at its office in Lawrenceville.

After the shutdown stretched beyond a month, however, the organization worked with Lawrenceville leaders to put together a mobile pantry event at City Hall to help federal employees who have been furloughed since late December. President Donald Trump and congressional Democrats have been at an impasse over funding for the border wall Trump wants built.

CNN reported Friday that about 800,000 federal employees across the nation went two pay periods without receiving a paycheck because of the shutdown.

StreetWise President Terry Powell said about 10 federal employees came to a regular mobile pantry the organization hosted earlier this month to get some supplies. That prompted the group to hold a special one for the furloughed workers, where each employee received 200 pounds of food and hygiene products.

“(The goal of Saturday’s pantry) is to take care of some folks who are really in situations that a lot of them have never been in before,” Powell said. “Most of them have been employed by the government for quite a while, so they’ve probably been without a paycheck and are a little queasy and uncertain about what the future holds …

“We’re faith-based, so we felt the lord wanted us to take care of the federal workers.”

The mobile pantry came on the coat tails of some good news for the furloughed workers, however, because of the deal to end the shutdown. Congress passed the spending bill, and Trump signed it into law Friday night.

But while the agreement means federal employees can go back to work Monday, it doesn’t change what they’ve had to deal with for the last month.

“Although they’ve re-opened the government, (the employees) don’t know when they’re going to get their checks, and they’re hungry now so they need something, so we decided to keep it up,” Powell said. “We told them we’d be here, so we’re here.”

The deal to re-open the government also doesn’t negate the fact that there are no guarantees Congress and Trump can work out a long-term deal to avoid another shutdown.

The deal to reopen the government only includes funding for three weeks. That raises the threat of another shutdown happening in mid-February if another deal can’t be reached before then.

Slayton said he’s “preparing for the worst” in case another shutdown happens.

“We’re going to be frugal with our spending, putting some money back and make sure we have plenty of food,” he said.