A Buford man accused of participating in the Jan. 6 riot at the U.S. Capitol has been placed on home detention by a federal judge.

Verden Andrew Nalley, 49, was arrested last week on charges of obstruction of an official proceeding, violent entry or disorderly conduct and entering a restricted building or grounds. He was released on $10,000 bond on Friday.

Nalley was indicted along with Americus-area attorney William McCall Calhoun Jr., who faces the same charges.

“On or about Jan. 6, 2021, in the District of Columbia and elsewhere, the defendants, William McCall Calhoun Jr. and Verden Andrew Nalley, attempted to, and did, corruptly obstruct, influence, and impede an official proceeding, and did conspire to do so; that is, Calhoun and Nalley forcibly entered and remained in the Capitol to stop, delay, and hinder Congress’s certification of the Electoral College vote,” the indictment against Calhoun and Nalley states.

The order federal Magistrate Judge Christopher Blye issued Friday to allow Nalley to leave jail stipulates he can only leave his residence for work; education; church services; medical, substance abuse of mental health treatment; attorney visits; court appearances; any court-ordered obligation; and activities that must be approved in advanced by the court’s pre-trail services office or supervising officer.

The order says his residence is an address that belongs to his girlfriend.

He must also be placed under GPS monitoring, surrender his passport, submit his weekly schedule to his probation officer by no later than the Friday of the preceding week and have no contact with Calhoun.

The court said Nalley is allowed to travel to Washington D.C. for court appearances and related activities. He is not allowed to drink “excessively” or use illegal narcotics or other controlled substances unless they are prescribed by a doctor, and must undergo testing for prohibited substances.

He is also not allowed to have a firearm or other type of weapon in his home, vehicle or place of employment. 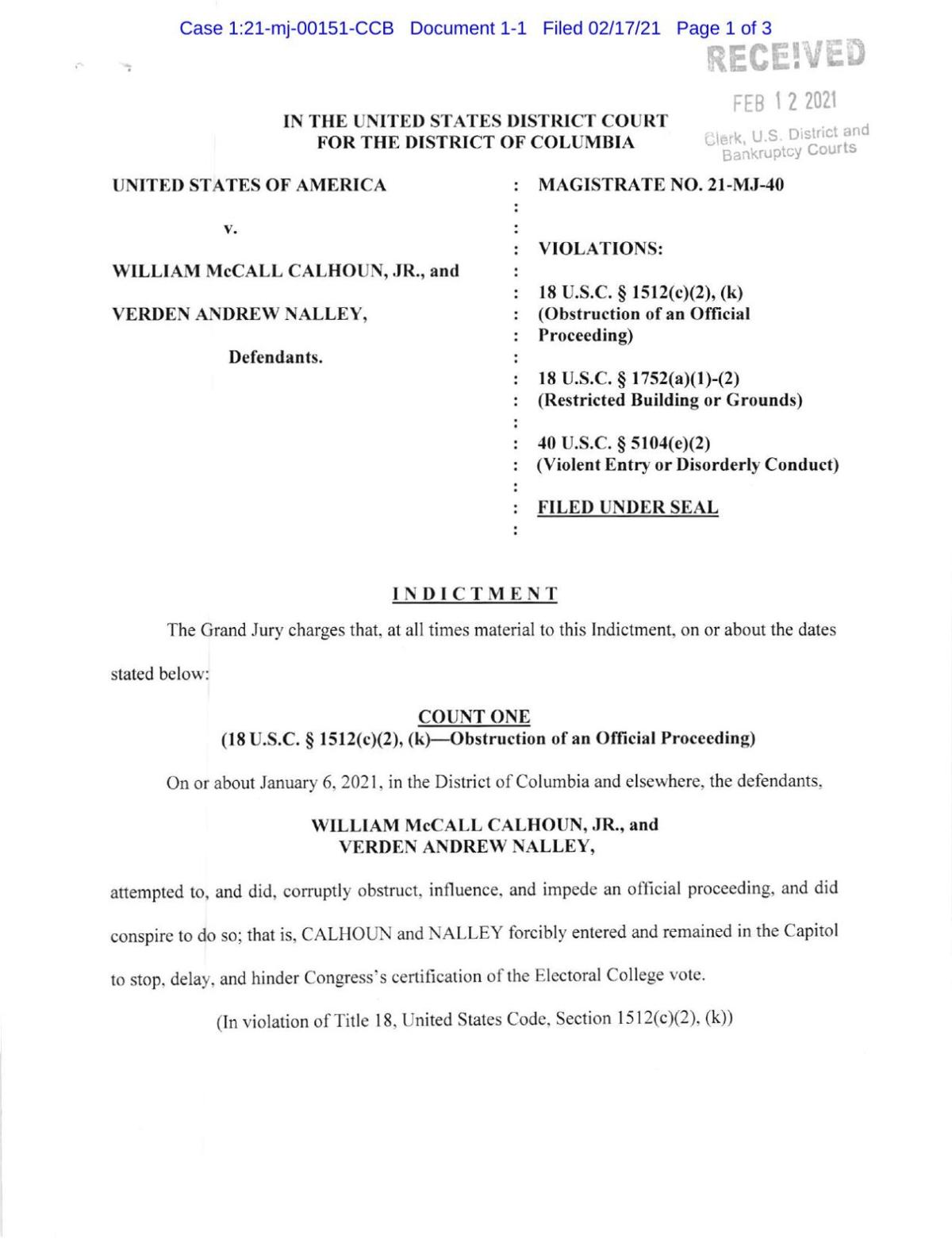 Officials said the event was about celebrating the start of Keybo Taylor's history-making tenure as sheriff. Taylor is one of eight African-Am…