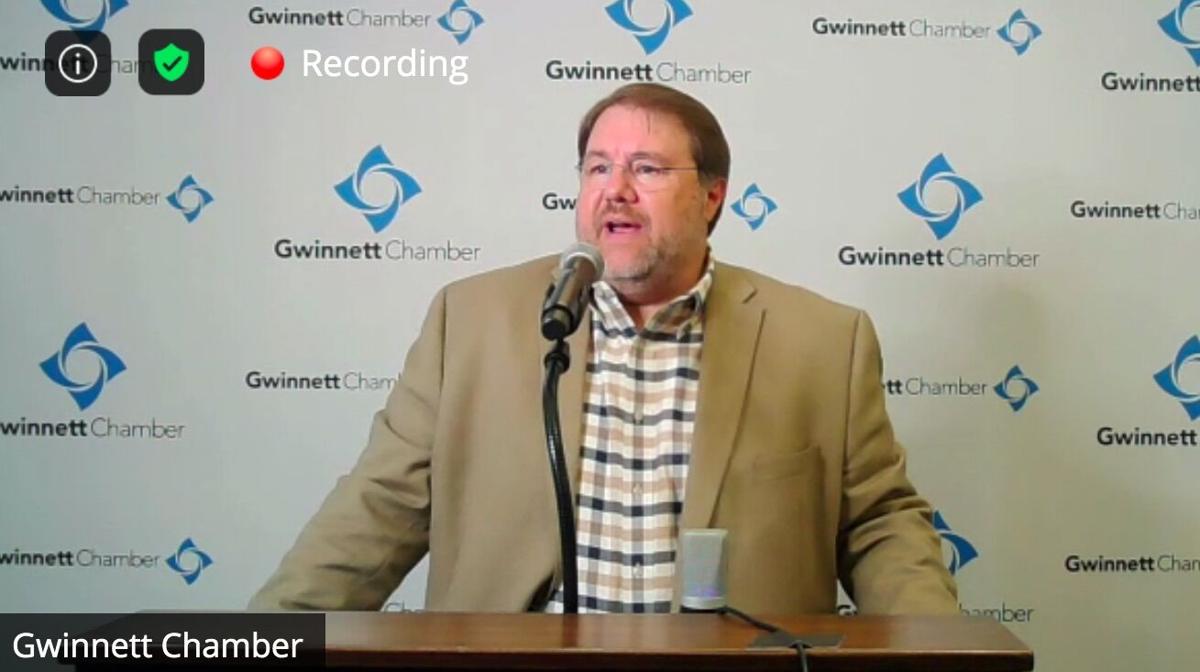 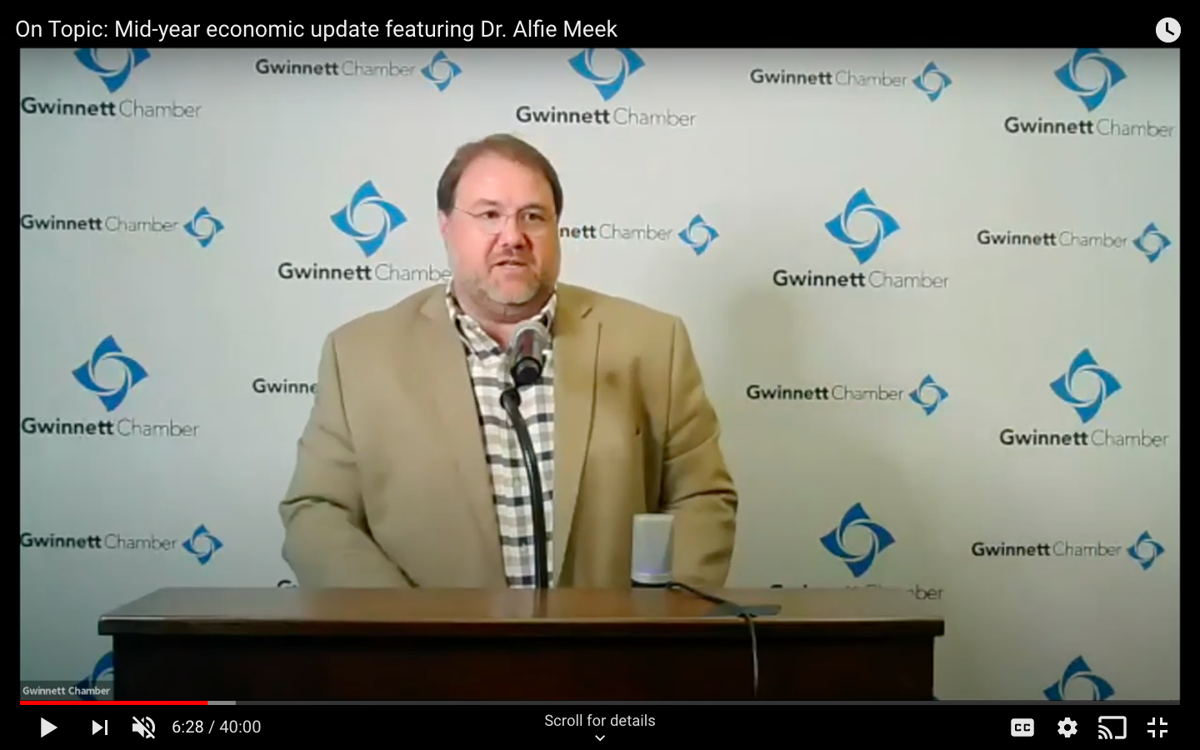 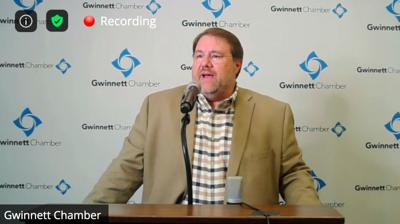 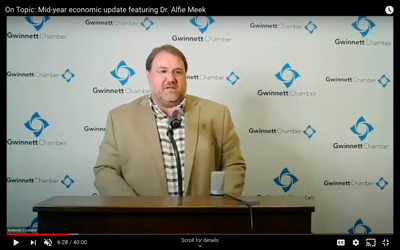 The economy will not come back quickly or easily from the impact created by the COVID-19 novel coronavirus pandemic, according to the head of the Georgia Tech Enterprise Innovation Institute's Center for Economic Development Services.

The center's director, Alfie Meek, provided a mid-year economic update to the Gwinnett Chamber of Wednesday. His speech served as somewhat of a preview of what the pandemic could do to the economy.

Meek said a realistic scenario is that the U.S. will have "effective control" of the virus and partially effective policy interventions, but he added regional resurgences of COVID-19 would occur.

"We'll have short-term damages, but long-term consequences," he said. "We're going to have significant business closures and failures; widespread sustained job loss; weak consumer spending; (and gross domestic product) decline in the last quarter, the second quarter I'm predicting to be between 40 and 45% on an annualized basis.

The forecast from Meek did not indicate a decade-long economic drop, as was seen during the Great Depression, but he did say the economy may not be back to pre-COVID levels until early 2023.

"When we started, we had this, what I'll call the optimistic scenario, and this is the scenario that I think our president likes to hang onto and a lot of people do. I've heard it's coming back now. We'd have effective control of the virus spread and we'd have effective policy interventions. It'd be a V-shaped recovery, right? A brief shut down, fewer bankruptcies, pent up demand would drive spending when we came out, business and consumer confidence would be restored, we'd have an annual GDP loss this year of about 4% and we'd be back to pre-COVID levels by the end of first quarter next year."

But, while Meek's predictions may not sound rosy, he did offer optimism about about the state of the economy. He pointed out that while people were laid off early on in the pandemic, some companies found that their situations did not end up being as bad as they anticipated and they brought some laid off employees back.

"That's going to end (at the end of July)," Meek said. "I don't think it will be extended and if it does (end), I thik that (unemployment) number will come down dramatically."

Meek also said some retailers have seen sales come back stronger in Georgia than in other states because it had a shorter lockdown period. But, while sales have been somewhat strong, employers are struggling to get workers to come back.

"Being on the governor's task force, we have access to some CEOs who are on our committee with us and tell us what's going on," Meek said. "I'm not going to give you the company or the name of the man, but we were talking to one the other day and he's in the hospitality industry, has stores all over the country. He's in every state and he told us a couple of interesting things.

"One is that in Georgia, because we closed last and opened first, his sales a month ago was 75% of pre-COVID levels in Georgia. In every other state, his best was about 12%. He was 11% in North Carolina ... but he said his biggest problem is he cannot get his employees to come back to work."

More Americans are identifying as LGBTQ than ever before, poll finds